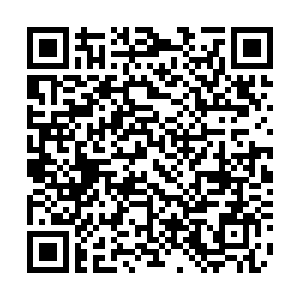 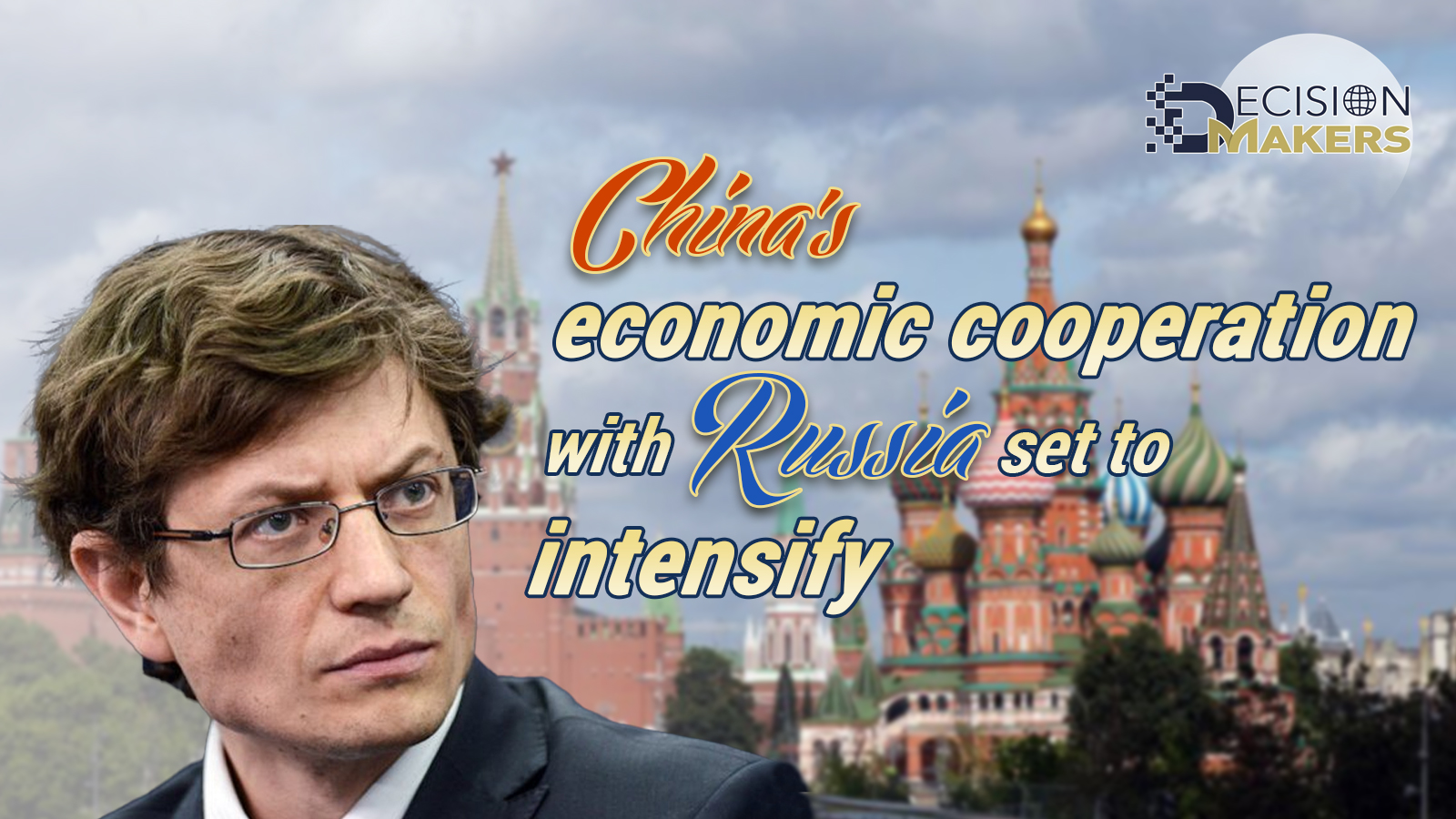 Editor's note: Decision Makers is a global platform for influential leaders to share their insights on events shaping today's world. Yaroslav Lissovolik is the program director with the Valdai Discussion Club. This article reflects the author's opinions and not necessarily those of CGTN.

The joint initiatives and statements delivered by China and Russia in the context of the meeting between the leaders of the two countries reveals the tremendous potential that China and Russia have in boosting bilateral cooperation as well as in providing greater support for the world economy.

The range of issues covered by these statements is impressive and covers international and bilateral trade as well as the system of global governance and the countries' cooperation in international organizations and groupings.

In the economic sphere, Russia values its cooperation with China given the size of its market for Russian agricultural goods, exports of services, manufactured products as well as oil and gas resources. Also important may be China's role as an investor in Russia's economy in view of the sizeable decline in investment flows from the West.

For China, Russia offers an important pillar in the evolving economic architecture of Eurasia, including in terms of "East-West" connectivity, trade and investment. Russia is also a major reliable source of energy resources for China and an important gateway into the broader Commonwealth of Independent States (CIS) region.

On the geopolitical front, China and Russia are crucial allies in advancing a multipolar world order that broadens the possibilities for new reserve currencies, new international development institutions and other elements of global economic architecture that render globalization more inclusive for emerging markets.

In this respect, the declarations made by Russian President Vladimir Putin that Russia would expand exports of gas to China highlight Russia's capability to diversify its gas supplies away from the West and towards the East. With the West seeking gas supply sources as alternative to Russia, China in particular and Asia in general are becoming a key focus in Russia's energy strategy.

Boosting cooperation in the gas sector will enable the two countries to raise the ambition for mutual trade to new highs and reach the goal of $200 billion. Other areas of mutual trade cooperation may include the services sector, including tourism as well as high-tech sector development.

There are also ambitious goals in the investment sphere – according to Putin, the portfolio of investment projects of the inter-governmental committee on investment cooperation exceeds $120 billion, covering 65 investment projects in such sectors as infrastructure construction, extraction and processing of raw materials and agriculture.

Of particular importance is the declaration that China and Russia would step up cooperation in bringing closer together China's Belt and Road Initiative (BRI) and the Eurasian Economic Union (EAEU). This is one of the areas that may deliver tangible benefits in terms of expanding the Russia-China investment cooperation, most notably in the sphere of transportation connectivity.

The key focus of the cooperation between China and Russia currently centers on the integration of China's BRI and the EAEU. This cooperative effort, referred to as "integration of integrations," is meant to supply greater connectivity to the Eurasian economic space via infrastructure development.

Another crucial area of the China-Russia investment cooperation is likely to be "green development" and the advancement of the environmental agenda – both countries made important strides in this area last year and the formation of a joint "green investment portfolio" among the development institutions of Russia/EAEU and China could be a significant further step forward. 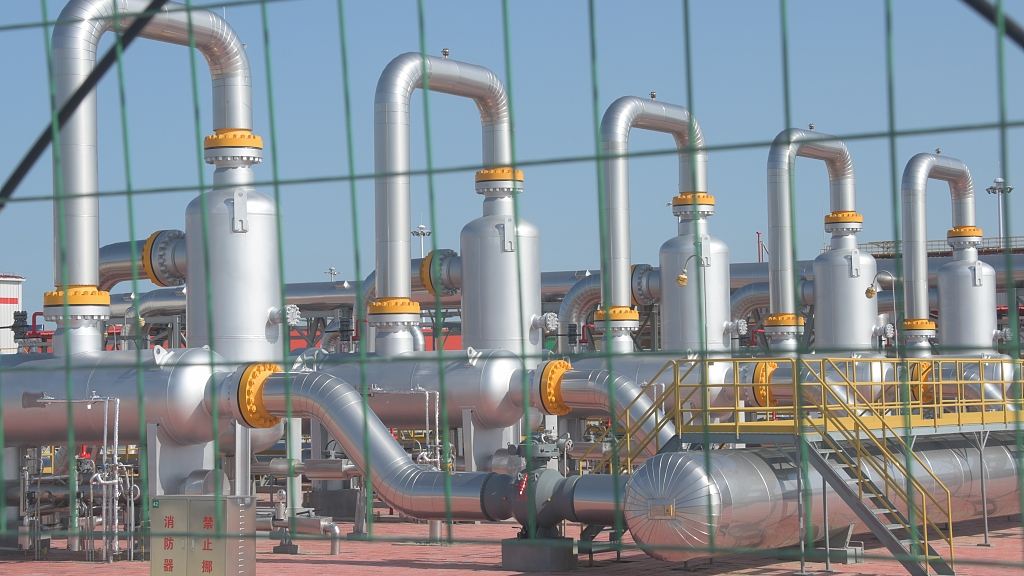 The important point is that in dealing with the challenges faced by landlocked economies in Eurasia, the BRI and the EAEU projects complement and reinforce each other – a stronger Eurasian Union becomes more competitive as the main connecting line between Europe and Asia while the advancement of the BRI reinforces the connectivity and integration among the member countries of the EAEU.

In the end, it is through regional economic integration that developing landlocked countries in Eurasia can transform geography from what is perceived as a handicap into strength as greater integration allows Eurasian countries to be more competitive in intermediating the flow of investment and trade between the East and the West in such integration projects as the BRI or the EAEU.

One of the key references in the joint China-Russia statement was made with respect to Russia's support for China's BRICS chairmanship this year. Both sides underscored their support for deepening the BRICS+ format of cooperation among the regional integration arrangements of developing economies.

This regional format for the "BRICS+" framework is perhaps the first time that such a format has been advanced explicitly and supported by China and Russia on the global level. It opens opportunities to exploit the so-called "integration of integrations" in order to broaden the communication lines and venues for cooperation across the economies of the Global South.

Accordingly, China's chairmanship in the BRICS grouping in 2022 is likely to provide a strong impulse to the BRICS+ initiative launched in 2017 at the the ninth BRICS summit in Xiamen. Recent developments in the global economy (including the pandemic and the economic downturn in 2020) have rekindled the need for BRICS countries to reach out to the Global South economies and to forge ahead with their vision of a more balanced global governance.

In this respect, the BRICS+ format may serve as a crucial platform for launching and coordinating anti-crisis measures across the Global South. These stimulus measures may be supported by joint projects undertaken by regional development institutions (including development banks and regional financing arrangements) where BRICS countries are members.

The value of the BRICS+ concept is not in extending the BRICS countries' outer ambitions – it is about a qualitative change in the pattern of economic development in the Global South. Rather than competing one by one to edge closer to the model of advanced Western economies, the BRICS+ paradigm focuses BRICS countries' efforts towards cooperating in building ties with their regional partners and building a common platform for the integration of developing nations into the global economy.

Another important advantage of the BRICS+ framework is greater scope for connectivity projects – something that is currently pursued via the creation of BRICS New Development Bank (NDB) regional centers and the expansion of BRICS NDB membership to include BRICS regional neighbors such as Bangladesh and Uruguay. There is notably less scope for such connectivity to be pursued in the more narrow and geographically more separated BRICS space.

The BRICS+ also increases the optionality and the scope of alliances that may be pursued by BRICS countries across the Global South economic space. Moreover, BRICS+ may be the only viable and coherent format for BRICS and their allies to advance common initiatives in the sphere of economic integration, since the majority of BRICS countries conduct their trade policy only on the basis of their respective regional integration arrangements.

This is the case in particular with Brazil (MERCOSUR), Russia (EAEU), South Africa (SADC/SACU). The role of regionalism is also increasing for China after the creation of the Regional Comprehensive Economic Partnership (RCEP) and the notable progress exhibited in the implementation of the BRI.

Perhaps most importantly, the regional BRICS+ model appears to be the only feasible format for economic integration among the BRICS countries and their partners from the Global South. It is imperative then for BRICS to transition to a consistent regional format of cooperation that could widen the possibilities for a new level of alliances across the economic terrain of the developing world.

In this respect, the reference in the joint statement to ASEAN and its role in East Asia is noteworthy as ASEAN could become one of the crucial elements in the joint BRICS+ circle of regional integration arrangements from the developing world.

Furthermore, ASEAN could expand its cooperation with the EAEU significantly in areas pertaining to connectivity and trade given the significant logistical and economic complementarity between the largely land-locked economic block (EAEU) and the more coastal ASEAN block. The important role to be performed by ASEAN is enhanced by its neutrality and focus on economic cooperation rather than political interventionism.

In recent periods, Russia together with its partners from the EAEU have actively pursued closer economic links with Singapore, including via preferential trade accords. A promising venue for further cooperation could be digital accords between Russia/EAEU, China and ASEAN partners – at this stage, Singapore is the world's leader in the advancement of the digital economic accords (DEAs).

Overall, the level of ambition in the statements marks a new phase in Sino-Russian economic relations – a phase that will be characterized by greater coordination between the two countries in international organizations and a more synchronized cooperation in advancing a more open model of multilateralism and global governance.

At this crucial juncture for the world economy, the China-Russia economic cooperation has the potential to transform the global economic architecture towards greater openness, inclusivity and sustainability.