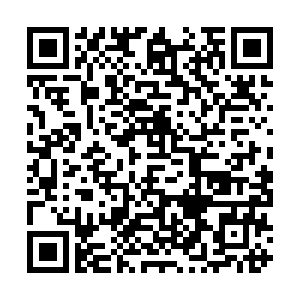 The recent irresponsible, groundless and biased remarks against China by the U.S. related to the Beijing Winter Olympics, Xinjiang and Taiwan have seriously poisoned the China-U.S. relations, China's Permanent Representative to the United Nations Zhang Jun said on Sunday in a press statement.

He resolutely refuted the groundless accusations against China made by Linda Thomas Greenfield, the U.S. ambassador to UN, in her interview with CNN.

Noting that many heads of state and organizations sent messages or called Chinese President Xi Jinping to wish Beijing Winter Olympics success and extended greetings on Chinese New Year, Zhang said the opening ceremony of the Beijing Winter Olympics, which was attended by around 170 official representatives from nearly 70 countries and international organizations, fully showed the international community's firm support of China.

"The U.S. attempts to make an issue of the Olympic Games has won no support and met with complete failure," he said.

The lies by the U.S. about "genocide" in Xinjiang have been proved a preposterous lie of the century, while people in Xinjiang are living a peaceful and fulfilling life. In Team China, there are 20 athletes from nine ethnic minorities, including Uygur and Tibetan ethnic groups, the ambassador said.

Taiwan is an inseparable part of the Chinese territory and the settlement of the Taiwan question is China's internal affairs and allows no interference by the U.S. or any other external forces, Zhang said.

The future of Taiwan lies in national reunification and the U.S. should stop emboldening and supporting the "Taiwan independence" forces, he added.

"Here is my advice to the U.S. — Do not go further down the wrong path. It will not only make your own people suffer, but also create more trouble for other countries and even the whole world," said Zhang.

Claiming to care about human rights, yet the U.S. has left disgraceful human right records, he stated in his statement.