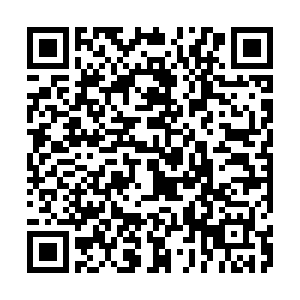 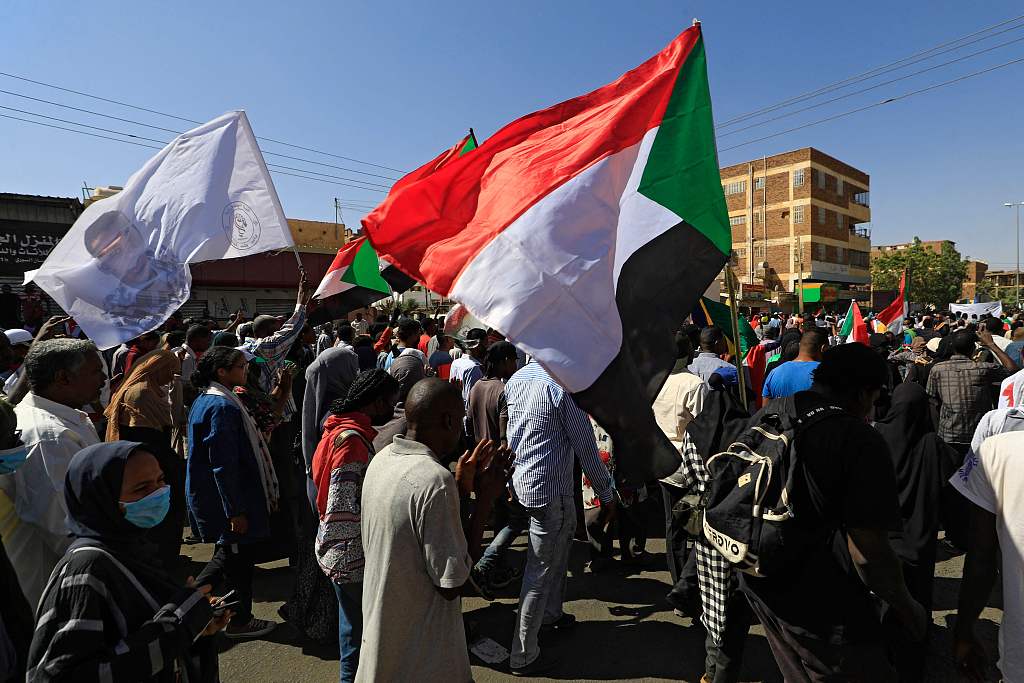 Sudanese protesters wave the national flag during a demonstration calling for civilian rule and demanding justice for those killed in crackdowns in the capital Khartoum, January 24, 2022. /CFP

Sudanese protesters wave the national flag during a demonstration calling for civilian rule and demanding justice for those killed in crackdowns in the capital Khartoum, January 24, 2022. /CFP

Fresh protests began on Monday in Sudan's capital Khartoum and other cities to demand civilian rule and call on authorities to punish alleged killers of protesters.

Large groups of protesters gathered at Khartoum's busiest bus station Sharwani before marching toward the Republican Palace in central Khartoum.

Since early morning, military units have been deployed at the entrances of most of the bridges over the Nile River linking the three major cities of Khartoum, Bahri and Omdurman.

Security forces closed most of the roads around the army's general command headquarters with concrete barriers and barbed wire, while the routes leading to the presidential palace were also closed.

The United Nations mission in Sudan on Thursday called on the Sudanese authorities to resolve the current political crisis through peaceful consultations in a statement.

Volker Perthes, head of the UN Integrated Transitional Assistance Mission in Sudan, stressed the need to provide a suitable environment to make the ongoing political consultations process successful by stopping the violence against the protesters.

For nearly two months, the Sudanese capital Khartoum and other cities have been rocked by regular mass protests demanding civilian rule, and dozens of protesters were killed in clashes with security forces.

Sudan has been suffering a political crisis after the general commander of the Sudanese Armed Forces Abdel Fattah Al-Burhan declared a state of emergency on October 25, 2021, and dissolved the Sovereign Council and the government.