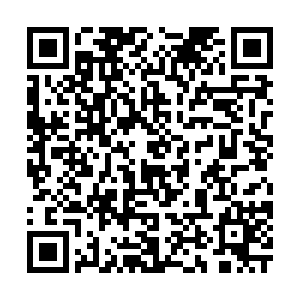 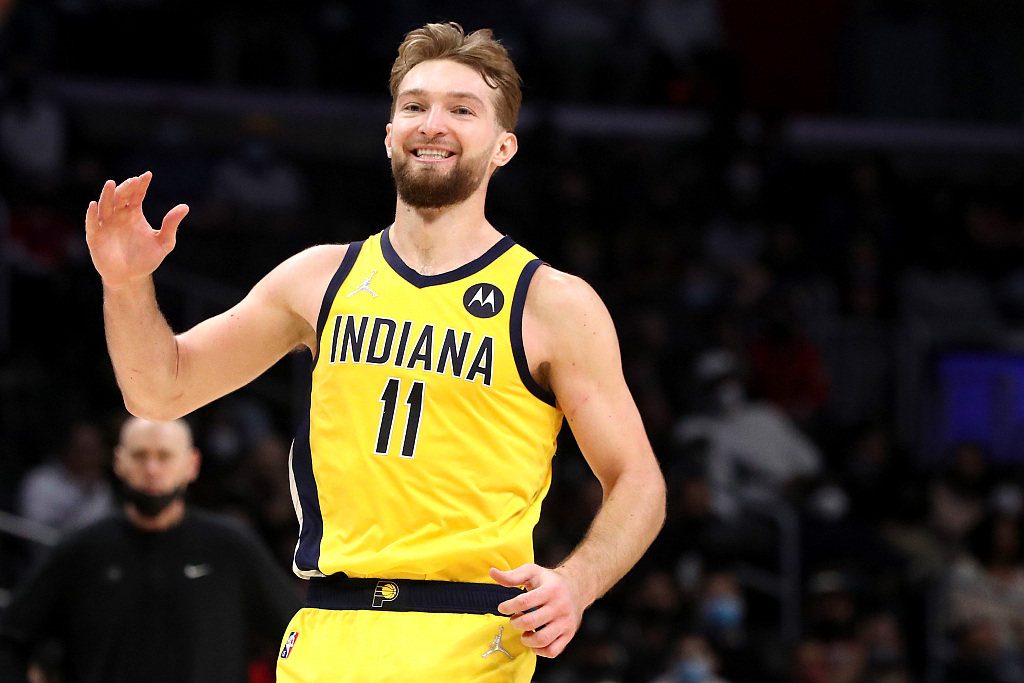 Domantas Sabonis is traded to the Sacramento Kings by the Indiana Pacers. /CFP

Domantas Sabonis is traded to the Sacramento Kings by the Indiana Pacers. /CFP

The Sacramento Kings agreed with the Indiana Pacers on a multi-player trade that sent Tyrese Haliburton and Buddy Hield to the Pacers in exchange for two-time All-Star big man Domantas Sabonis.

The details of this deal came as the following:

From the Kings: Haliburton, Hield and Tristan Thompson

From the Pacers: Sabonis, Jeremy Lamb, Justin Holiday and a 2023 second-round draft pick

The Kings are understandably desperate to make a move in an attempt to enhance their franchise because they are one season away from monopolizing the longest NBA playoff drought (16).

Sabonis, 25, averaged 18.9 points, 12.1 rebounds and five assists at a field goal (FG) rate of 58 percent this season. He still has three years left of the current deal and they are worth about $57.4 million, which are much more economical as compared to his performance. Though he barely shoots 3-pointers, Sabonis has been both productive and efficient around the paint. 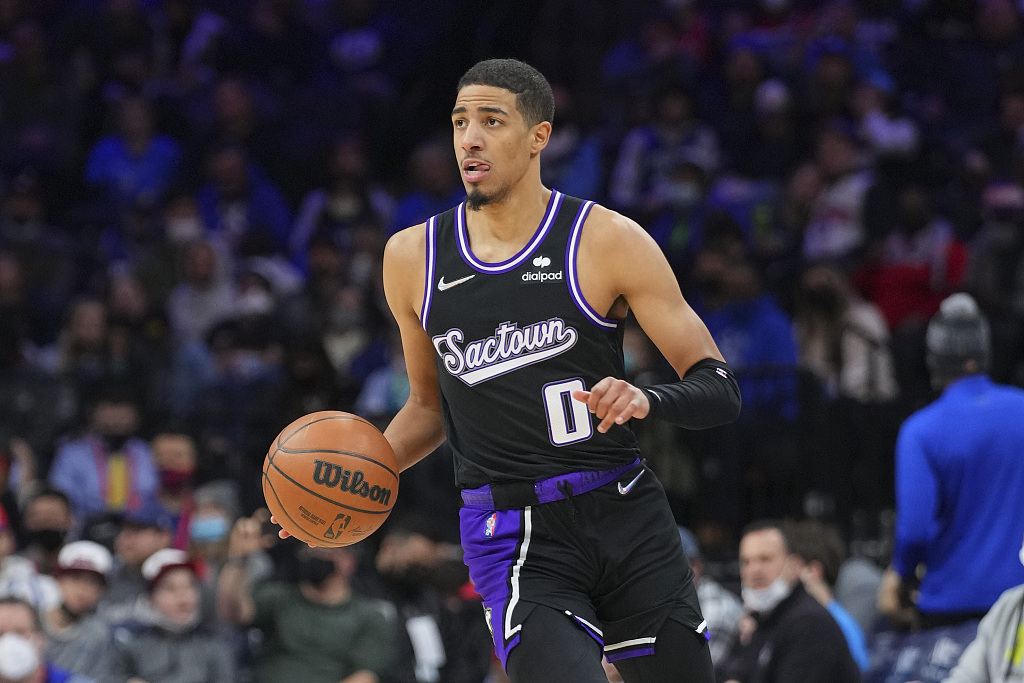 Tyrese Haliburton is traded to the Indiana Pacers by the Sacramento Kings. /CFP

Tyrese Haliburton is traded to the Indiana Pacers by the Sacramento Kings. /CFP

However, that doesn't mean the Kings made a good deal. Getting rid of Hield and Thompson, both of whom are disunified with the franchise, is acceptable, but why did the team have to give up Haliburton instead of De'Aaron Fox? It's true that Fox is more promising than Haliburton, but after five years of developing that potential, the Kings got nothing but a point guard who averaged a 3-point rate of 26.4 percent, an effective FG (eFG) rate of 48.8 percent and 5.2 assists at the cost of 2.8 turnovers.

By contrast, Haliburton, in his second season in the league was able to deliver 7.4 assists with only 2.3 turnovers while making two 3-points at 41.3-percent 3-point rate with an eFG rate of 54.6 percent.

The most likely explanation is that the Pacers refused to accept Fox and his five-year, $163-million contract that began this season. The Kings rarely made good decision with their top draft picks in recent years and they just sent away their most correct selection. 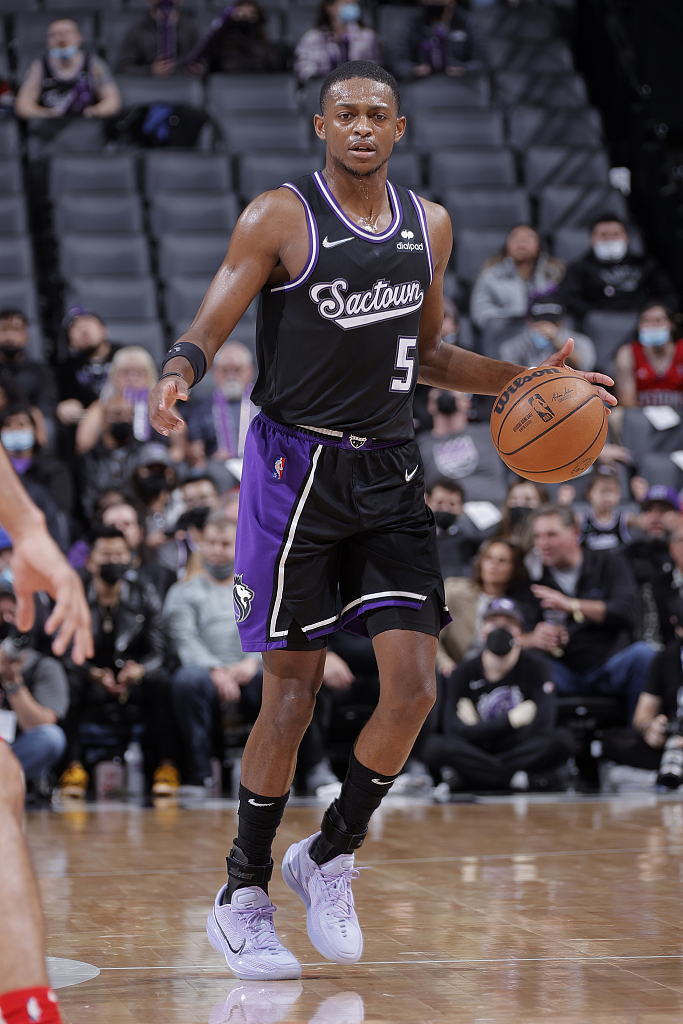 The Kings have no reasons to stop because Sabonis may be their offensive solution, but he is a defensive liability, especially in rim protection, and neither can the team rely on Harrison Barnes for that. In order to fix that problem, the Kings may have to trade Richaun Holmes, who doesn't live with Sabonis on offense anyway, for a big man who can both stretch the spacing and protect the hoop.

Compared to the Kings, the Pacers are absolutely the winners from this deal. Haliburton is exactly the kind of player the team likes – solid, low-key but reliable. The back-court pair of him and Malcolm Brogdon is not to be underestimated in the Eastern Conference. The Pacers are now in a comfortable position. They can continue to sell Myles Turner and Hield for assets for rebuilding or keep the current squad and remain competitive for playoff qualification. 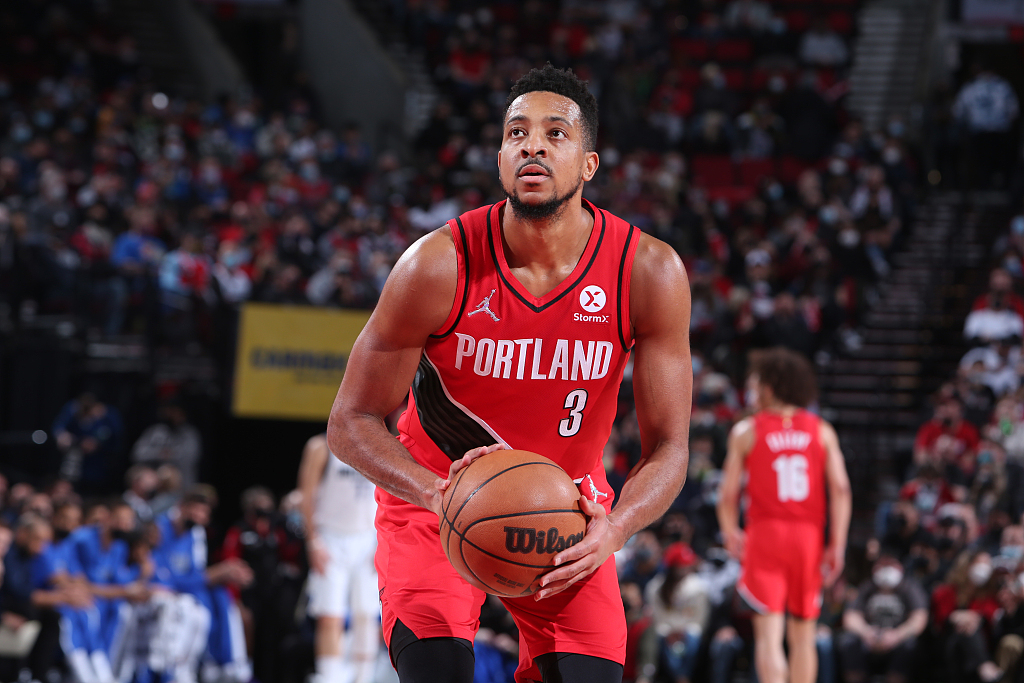 C.J. McCollum is traded to the New Orleans Pelicans by the Portland Trail Blazers. /CFP

C.J. McCollum is traded to the New Orleans Pelicans by the Portland Trail Blazers. /CFP

The Portland Trail Blazers agreed with the New Orleans Pelicans over a trade that saw C.J. McCollum join the Pelicans in exchange for Josh Hart and multiple future draft picks.

The details of this deal came as the following: 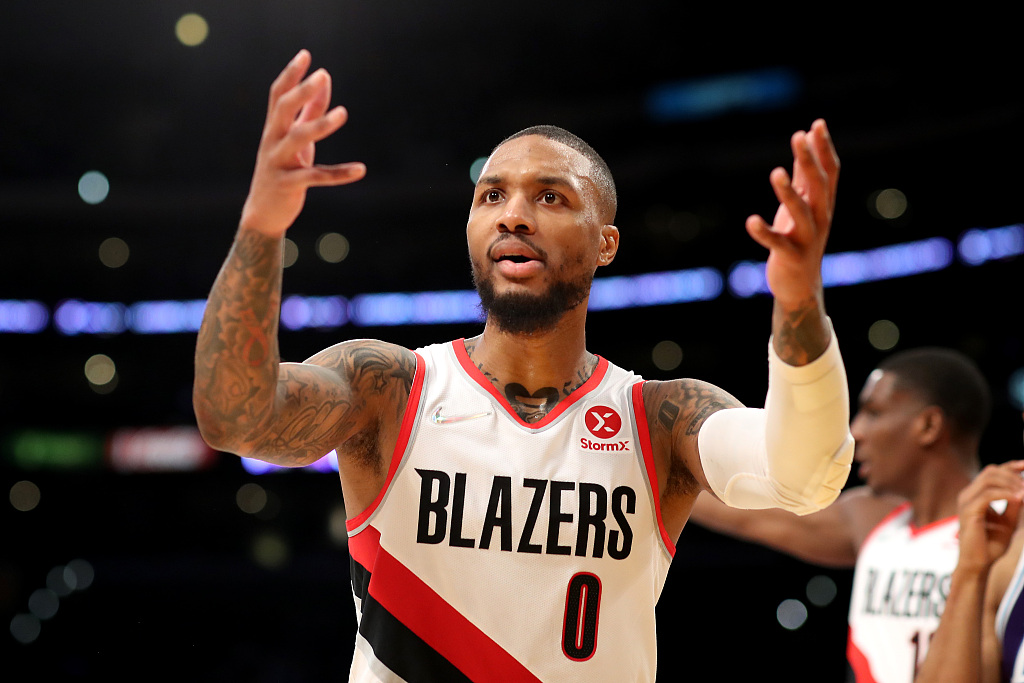 In less than four days, Damian Lillard saw three of his four starting teammates leave the Trail Blazers, including McCollum, who has been his back-court partner for 515 games. He should know how to deal with it because this was the second time for him to say goodbye to his teammates in the starting lineup altogether. Yusuf Nurkic, by the way, is a good big man and loved by home fans, but it doesn't grant him immunity from being traded.

The Trail Blazers are basically announcing with this trade that they are rebuilding. Lillard, who has been dealing with injuries, has no reason to return this season, unless he wants to depart Rip City for a team that is still hopeful to chase the title. He's 31 years old and has made more than $190 million in the 10 seasons in Portland. The only thing motivating enough for him to go is good chance to pocket a ring.

It has been months since Lillard began to seriously consider leaving the Trail Blazers. Both him and the team said a lot of things, diplomatic and misleading. He had the chance to make a strong gesture toward the team, but now the Trail Blazers have the initiative. 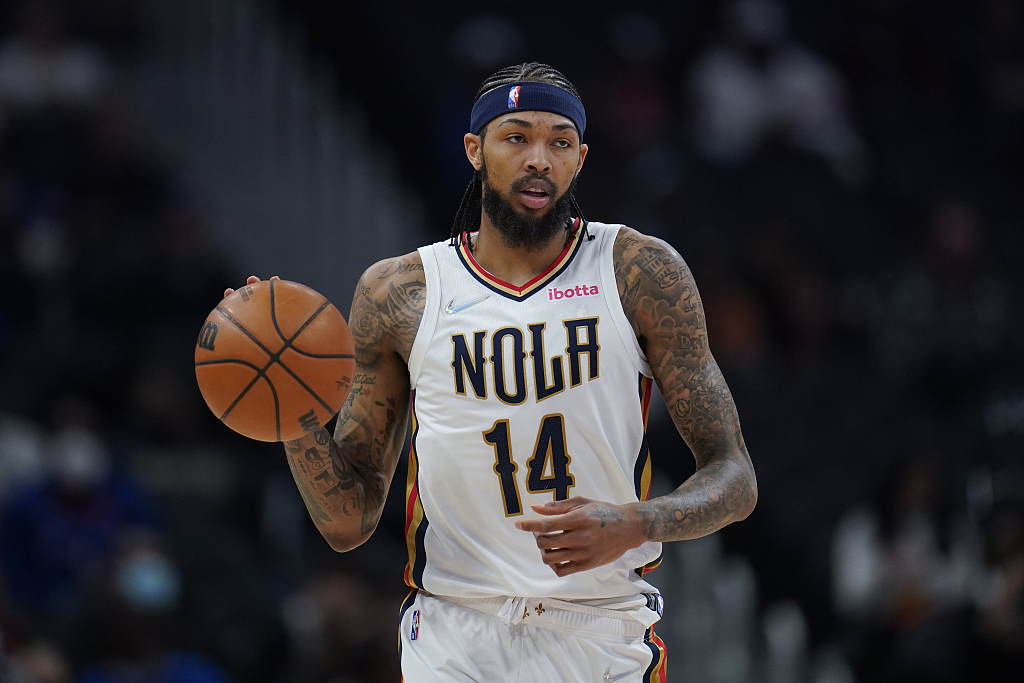 The Trail Blazers will be able to clear almost $50 million of salary space in 2022 summer if they stop at nothing to do so. That's more than enough to offer a maximum contract to any free agent. Even if the team plays safe, they can still get enough space to sign quality 3D forward or negotiate sign-and-trade deals.

As for the Pelicans, the trade seemed nice because they have a theoretical "Big Three" in place: Brandon Ingram, McCollum and Zion Williamson, who, of course, has to solve his weight problem.

Nonetheless, the Pelicans' payroll will soon look ugly. McCollum still has three years of $100 million left on his contract. Ingram's five-year, $158-million deal only started to take effect last season. Williamson is in the third year of his rookie contract and a max contract for him will begin at over $30 million. 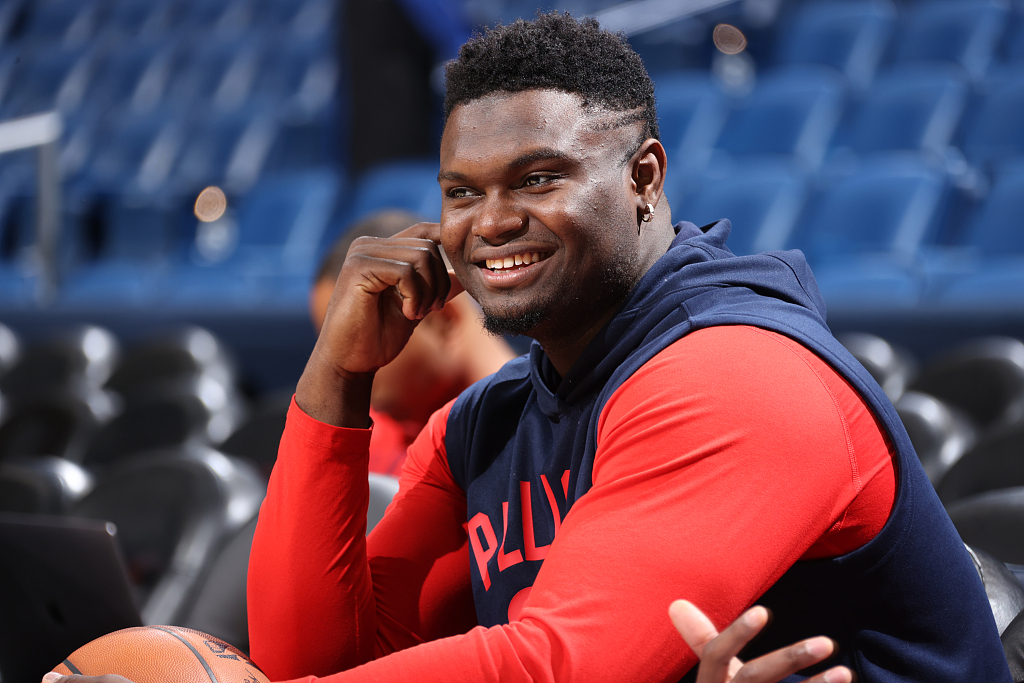 Three big contracts like the above will seal most of the Pelicans' space to make any further improvement of their squad. The one they have, the Big Three plus Jonas Valanciunas and another guard will be one of the first defensive lineups in the league.

The good side for the pelicans is, they have a stable core for at least three years into the future to build their franchise around.