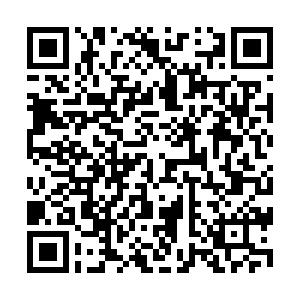 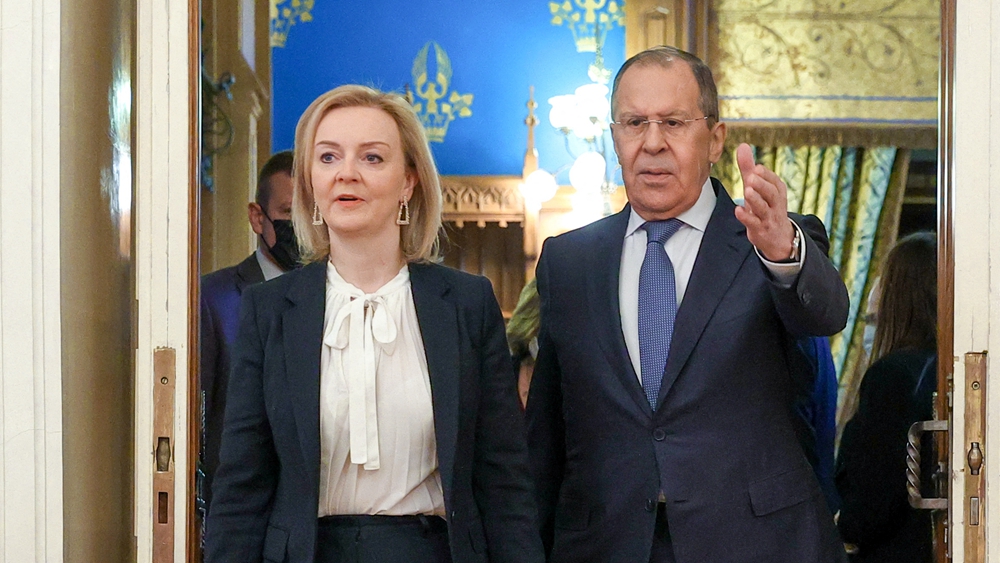 Russian Foreign Minister Sergei Lavrov said on Thursday that Western threats towards Russia would do nothing to ease tensions over Ukraine.

"Ideological approaches, ultimatums, threats – this is the road to nowhere," Lavrov said at the start of talks with visiting British Foreign Secretary Liz Truss in Moscow.

The talks between Lavrov and Truss are the latest round of diplomatic meetings aimed at de-escalating tensions over Ukraine.

Lavrov accused diplomats in European capitals and Washington of increasingly using threats and ultimatums with Russia and said the approach was undiplomatic.

Lavrov described his meeting with Truss – the first visit of a British foreign secretary to Russia since 2017 – as "unprecedented." He said that if Britain wants to improve ties with Moscow, "we will, of course, reciprocate," adding that bilateral ties were "at their lowest point in recent years."

The meeting in Moscow comes ahead of another between Britain's Defense Secretary Ben Wallace and his Russian counterpart Sergei Shoigu in Moscow on Friday.

In her opening remarks, Truss said Britain "cannot ignore" the buildup of troops on Ukraine's border or "attempts to undermine Ukrainian sovereignty."

"There is an alternative route, a diplomatic route that avoids conflict and bloodshed," she said. "I am here to urge Russia to take that path."

Since November, Kyiv and some Western countries have accused Russia of assembling heavy troops near the Ukrainian border with a possible intention of "invasion."

Russia has denied the accusation, saying that Russia has the right to mobilize troops within its borders to defend its territory and that the North Atlantic Treaty Organization's activities constitute a threat to Russia's border security.

Truss' talks in Moscow follow shuttle diplomacy from French President Emmanuel Macron, who visited Moscow and Kyiv earlier this week. In contrast to U.S. and British leaders, Macron has played down the likelihood of a Russian "invasion" soon.

Russia has been seeking security guarantees from the West that would include a promise to never admit Ukraine to NATO and halt the military alliance's expansion eastwards.

The EU said on Thursday it had delivered a single letter in response to Russia's proposals to member states on European security on behalf of the 27 foreign ministers of the bloc.

NATO and the United States have already portrayed Russia's main demands as non-starters.

British Prime Minister Boris Johnson on Thursday warned that the West could face the "most dangerous moment" in its standoff with Moscow in the next few days.

"I honestly don't think a decision has yet been taken (by Moscow on an attack). But that doesn't mean that it is impossible that something absolutely disastrous could happen very soon indeed," Johnson told a news conference with NATO Secretary-General Jens Stoltenberg in Brussels.

"This is probably the most dangerous moment, I would say, in the course of the next few days, in what is the biggest security crisis that Europe has faced for decades, and we've got to get it right."

Russia on Thursday started joint military exercises in Belarus and the Black Sea, and Ukraine launched its own war games. Both drills would run from February 10 to 20.

Despite the tension over the war games, the Kremlin's deputy chief of staff Dmitry Kozak was set to meet officials from Ukraine, Germany and France in Berlin under the Normandy format for the latest talks on the conflict in eastern Ukraine.

Ukrainian Foreign Minister Dmytro Kuleba said the talks would be important and that he hoped they could get a Trilateral Contact Group on the conflict in east Ukraine functioning again.

The group includes Russia, Ukraine and the Organization for Security and Cooperation in Europe, a security watchdog.