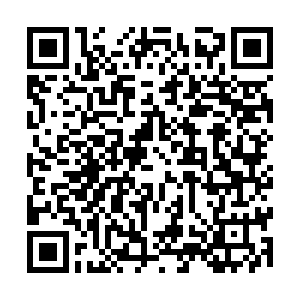 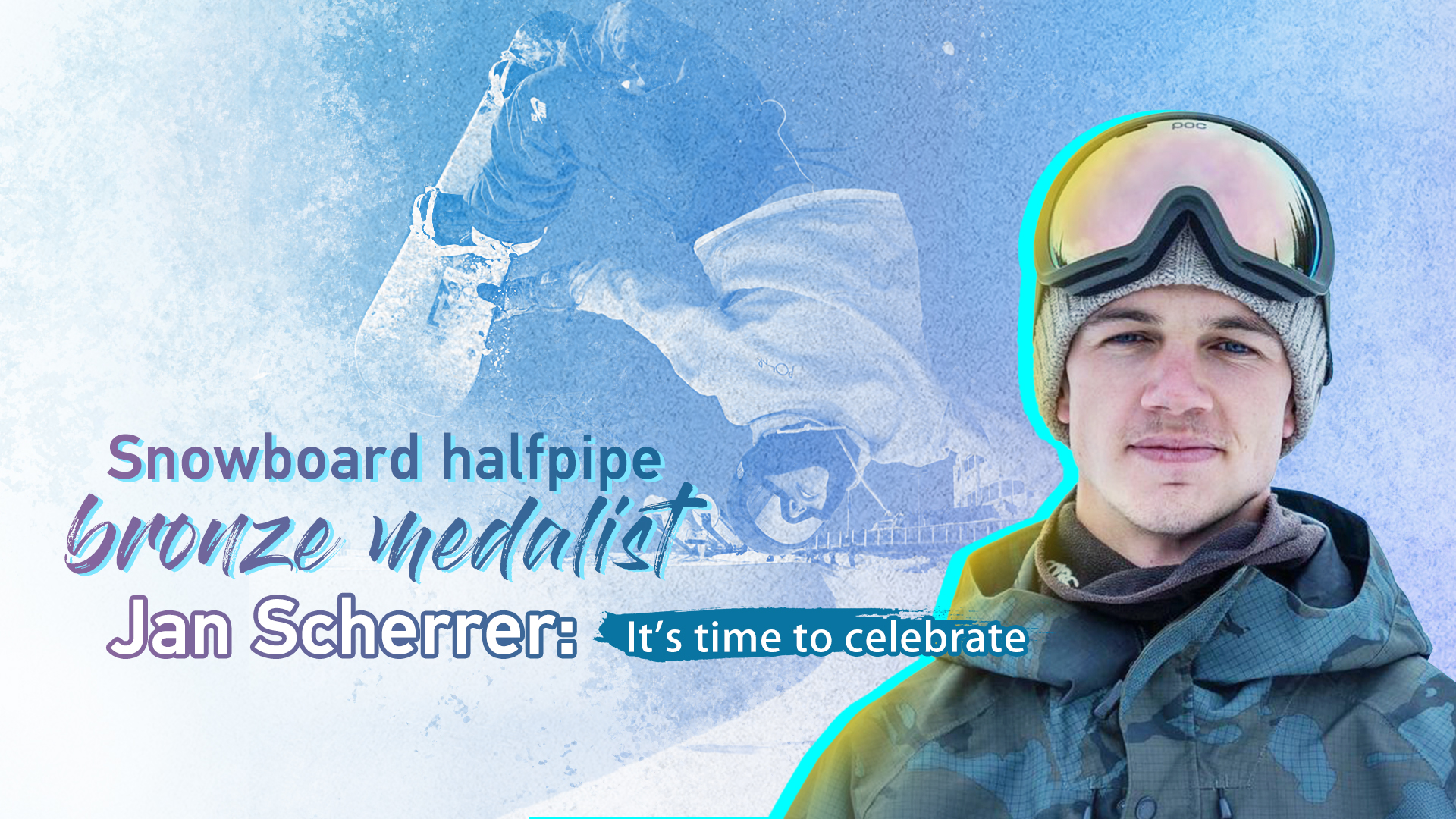 But the 27-year-old won a bronze medal on Friday, his first Olympic medal at his third games.

Scherrer talked to CGTN the night before his breakthrough and shared how he felt about the Beijing Olympics and his mindset going into the finals.

When asked about his impression on the venues in Beijing, Scherrer raved about them.

"The halfpipe is amazing," he said. "I think all the riders love it. And at the same time, the whole venue is very interesting.

"To be up there when you are at the start of the halfpipe, you see on the left side there's a slope slide course, and the alpine snowboard course, ski cross course, the moguls and aerials. So it's a lot of things that are happening in a very closed spot, which is amazing." 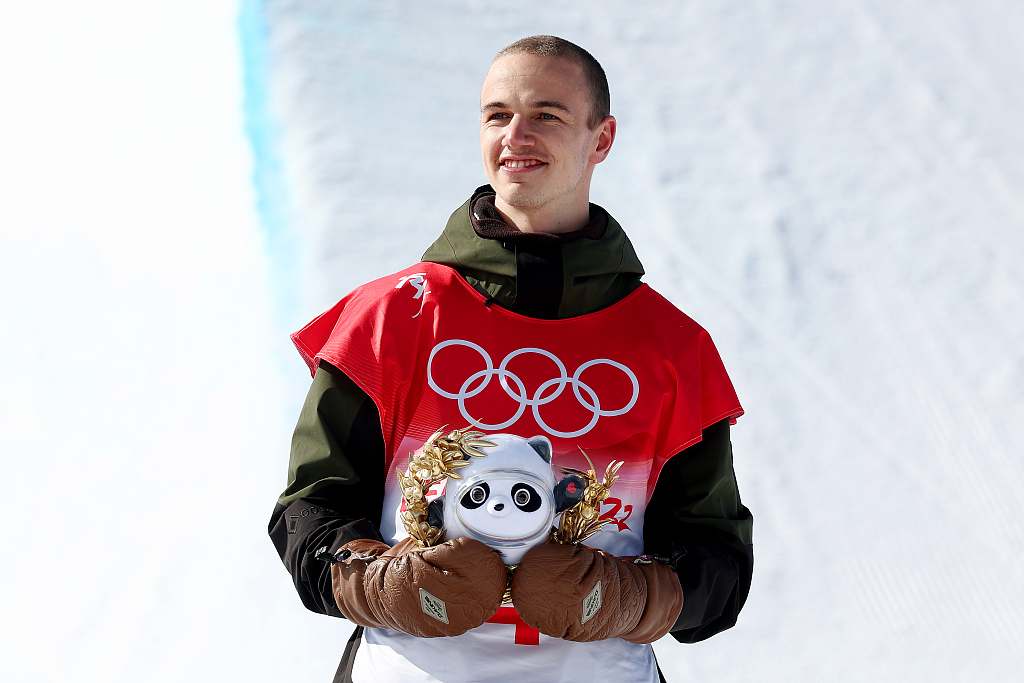 Scherrer did not make up his mind to challenge himself in Beijing until one and a half years ago when he picked up new tricks and even invented new ones in Switzerland. He started to believe that a third attempt at the Olympics was worth it, after finishing 18th in the halfpipe event in Sochi and 9th four years later in PyeongChang.

His progress was evident in his performances in the World Cup series. From finishing once in the 7th place in the 2020-21 season to standing on the podium twice in the next, the veteran was progressing steadily.

A broken rib in October 2021 added uncertainty to his plan to compete in Beijing. Shortly afterwards, however, he clinched a 2nd place in the World Cup series in Copper Mountain, which made him realize the break he took to recover from injury was exactly what he needed to refresh himself and be more focused going into Beijing 2022.

"It took me a very long time to compete on this level. If everyone had seen me riding when I was 20, they probably wouldn't have thought I would reach my peak when I am 27. It's really the time to celebrate," Scherrer said to CGTN.

A day later, Scherrer did have a good reason to celebrate as he clinched his first Olympic medal at Genting Snow Park in the Zhangjiakou competition zone.

His superb performance in the second run of the men's snowboard halfpipe final earned him 87.25 points and a place on the podium.