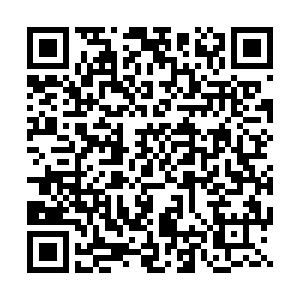 The panda mascot of the Beijing 2022 Winter Olympics, Bing Dwen Dwen, which means "ice and robustness" in English, has become a huge hit at home and abroad. People queued for hours in cold weather outside licensed merchandise stores in Beijing to buy the souvenirs until they sold out.

Factories in many cities in China are ramping up the production to satisfy the little panda's crazy fans.

Cao Xue, head of the Beijing Olympic mascot design team, told CGTN in an exclusive interview that he did not expect Bing Dwen Dwen to be so well-received.

"Admittedly, I wasn't the only one surprised. The whole design team didn't expect Bing Dwen Dwen to be this popular," Cao told CGTN. "We gave all of the stock to friends and family members before the Olympic opening ceremony, as we thought nobody would buy it once the Games started."

Bing Dwen Dwen has undoubtedly become a star outside the games, both offline and online. The number of searches for the mascot on Weibo, China's Twitter-like social media platform, climbs by the millions every day, and the number of posts is skyrocketing too.

When asked about the reasons behind the frenzy, Cao said it has become "more than just a mascot."

"I think we can all feel the warmth brought by the cute panda. When people hold a Bing Dwen Dwen, they can feel joy. I saw the news that people wait outside the stores in cold weather to purchase Bing Dwen Dwen products. I am very touched. My team and I are very grateful that people love the little panda," he said.

While the mascot is adored by millions, the journey to the much-loved design was not always an easy one.

The team had hit a bottleneck before it added the "colorful ribbon" around Bing Dwen Dwen's face, which people call its "energy ring."

Cao said the designers knew something was missing, but they just didn't know what to add.

"We struggled to find that exact element to add – the visual focus. Then we came across the design of China's National Speed Skating Oval online – the Ice Ribbon. So we came up with the idea to combine the ribbon and the panda," he said.

"I still remember that day we were in Beijing. All team members sat before the computer, anticipating a magic moment. We used 3D modeling to create the ribbon and then moved it to Bing Dwen Dwen's face on the computer," he recalled.

"It's like when you are doing a huge project, like the closure of a bridge, or the launch of a 1,000-tonne ship. The moment of the ribbon and the face came together on the screen, we all knew that's it. That's our Bing Dwen Dwen," said Cao.

A professor at the Guangzhou Academy of Fine Arts, Cao has his own "calm" way of thinking.

"I always keep the fundamental design philosophies in mind. Good design is not always about taking away but adding. We need to make sure all the indispensable elements are in harmony without weakening the design. That is the really hard part of the job," he said.

Capitalizing on his instant fame due to Bing Dwen Dwen, Cao and his team have started looking into further studies related to this phenomenon, focusing on design concepts and market reaction. He hopes it boosts the development of visual design in China and leads to more creative designs.