Download
Who really needs a war on Ukraine?
First Voice 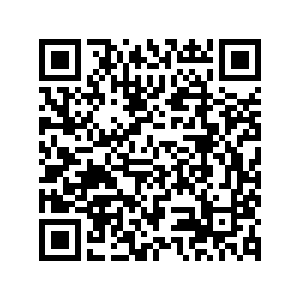 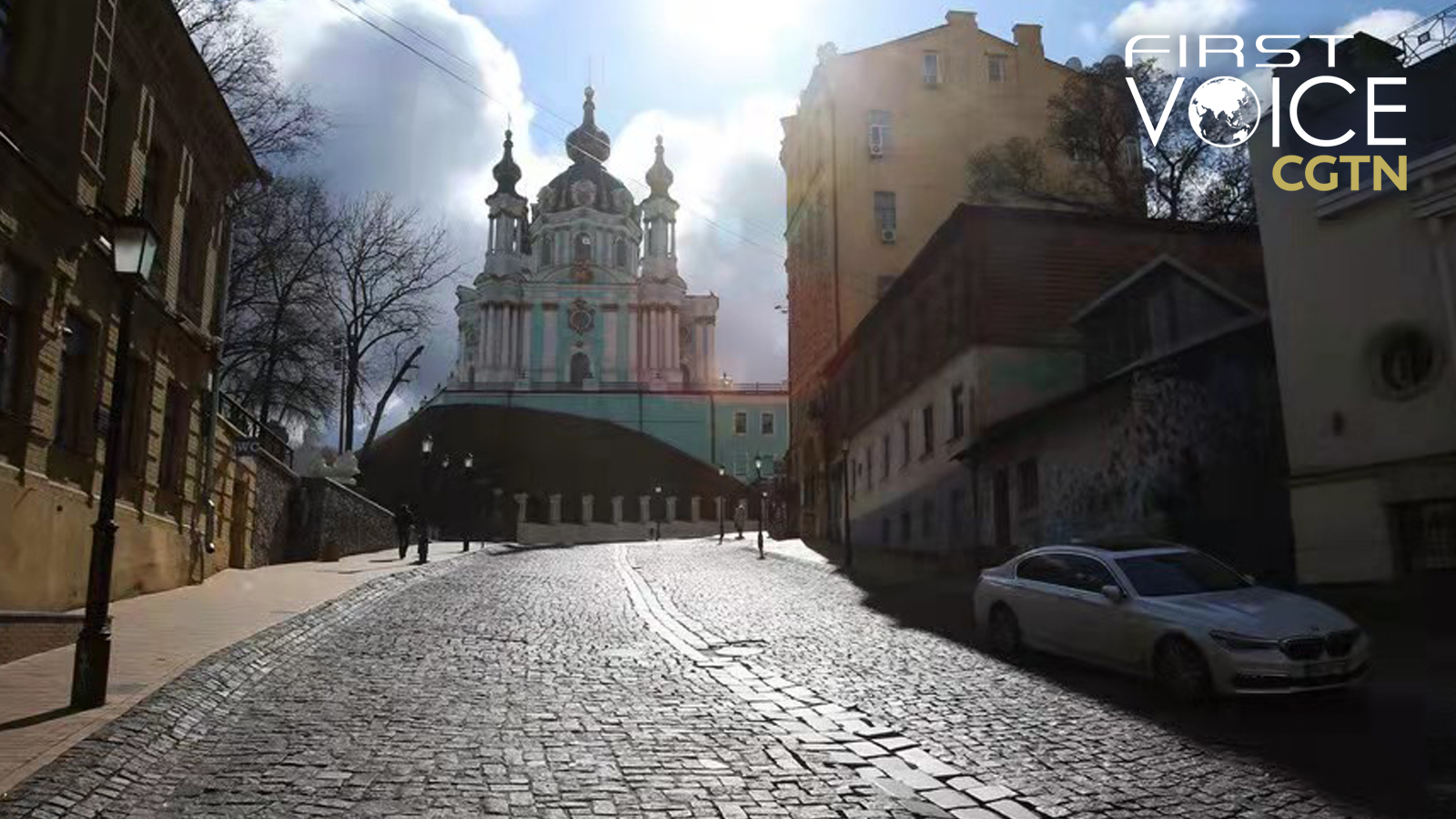 All eyes are on the Russia-Ukraine border. But more interesting to note is the global framing of the crisis.

The Russian government has reiterated it has no plan for an "invasion" into Ukraine – no such threat has been made from lips of any Russian politician. On the other end of the spectrum, American media outlets have already named a date for the looming "attack" – the U.S. military warned NATO allies that Moscow was gearing up to invade its neighbor on February 16.

Is a real war imminent? And who would gain from stoking military tensions in the region?

From the outset, one of Russia's consistent appeals has been for the NATO to stop its eastward expansion – not the aggression, or even the occupation, of Ukraine. However, the U.S.-led alliance has long turned a deaf ear to this demand, and insisted an open-door policy on its membership instead. Since the fall of the Soviet Union, the NATO has enlarged from 17 countries to 30, with several of them once being part of the Warsaw pact.

This undeniably raised the anxiety level of the Russian government. To make the matter worse, the Biden administration, since assuming office, has been publicly voicing support for Ukraine's NATO admission, and promised millions of dollars in military assistance to Russia's neighbor. Despite Moscow's repeated pledge that it has no intention for a war with Kyiv, the U.S. arranged thousands of forces on standby, and NATO reinforced its military presence at Eastern Europe.

True, the Russian government has positioned its troops on the border area. But Washington's unrestrained advocacy of NATO's enlargement is what prompted Russia's corresponding actions and eventually led to the Ukraine crisis. Moscow has never made any military threat to Ukraine so far.

Russia has made its demand loud and clear from the outset: the end of NATO's expansion. This was only met with the West's acting the opposite. Then, in reporting the ongoing tensions, Western media outlets, instead of pointing to the fact of NATO's enlargement, start playing up Russia's military buildup and its "ambition" against its neighbor. 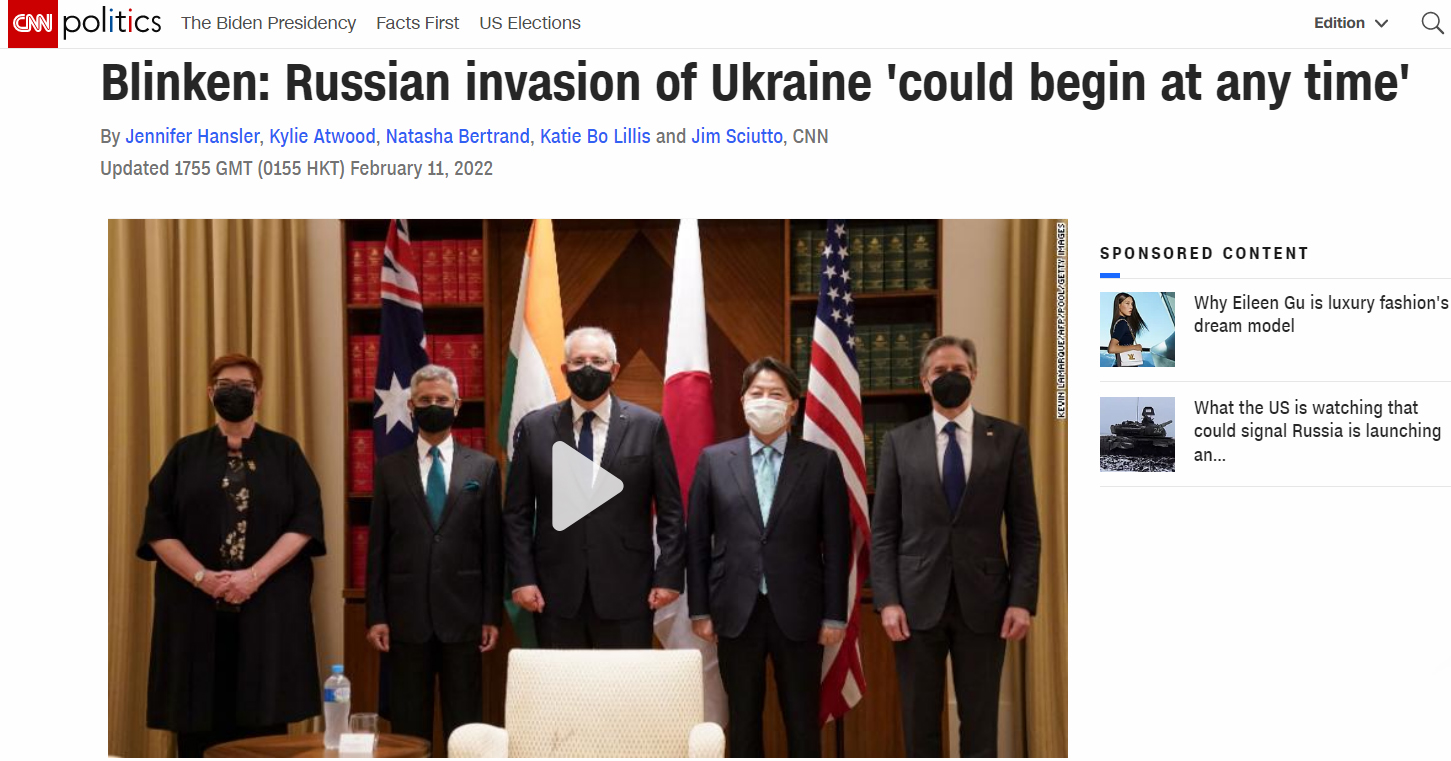 Screenshot of CNN's report on the Ukraine crisis.

Screenshot of CNN's report on the Ukraine crisis.

Ukraine, another protagonist in West-framed story, does not want a war, or any public impression that a war is imminent, either. "There are no tanks in the streets. But media give the impression, if one is not here, that we have a war, that we have army in the streets… That's not the case. We don't need this panic," Ukraine President Volodymyr Zelensky told the West earlier.

The West whipped up hysteria to such a degree that Ukraine has already started to feel the economic impact. Ukraine's hryvnia moved closer to more than one-year lows, Reuters reports. Stoking military tensions has inevitably made investors panic and this would add another layer of volatility to the investment environment in Ukraine.

The West shouts support for Kyiv. But its propaganda brigade is making the country a victim. The U.S. is instead the biggest winner from whipping up tensions in the region.

Facing a slew of domestic headaches and declining global influence, Washington desperately needs a war to fix its own problems. Stoking tension on the Russia-Ukraine border would be effective to drive a wedge between Moscow and NATO, and thus unite the allies and intensify their military dependence on the United States.

In addition, Washington has long been using the Ukraine crisis as a tool to expand its clout in the region. Even if no real war breaks out, the U.S., by stoking regional tensions and playing up Russia's military buildup, could still upgrade Western hostility against the Russian government and in the meantime shape its image as a peacekeeper.

Neither Russia nor Ukraine wants a war. But the U.S. is desperate for one and has already launched full-fledged propaganda campaign for it – again, under the name of peace-keeping.