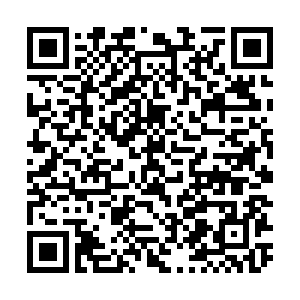 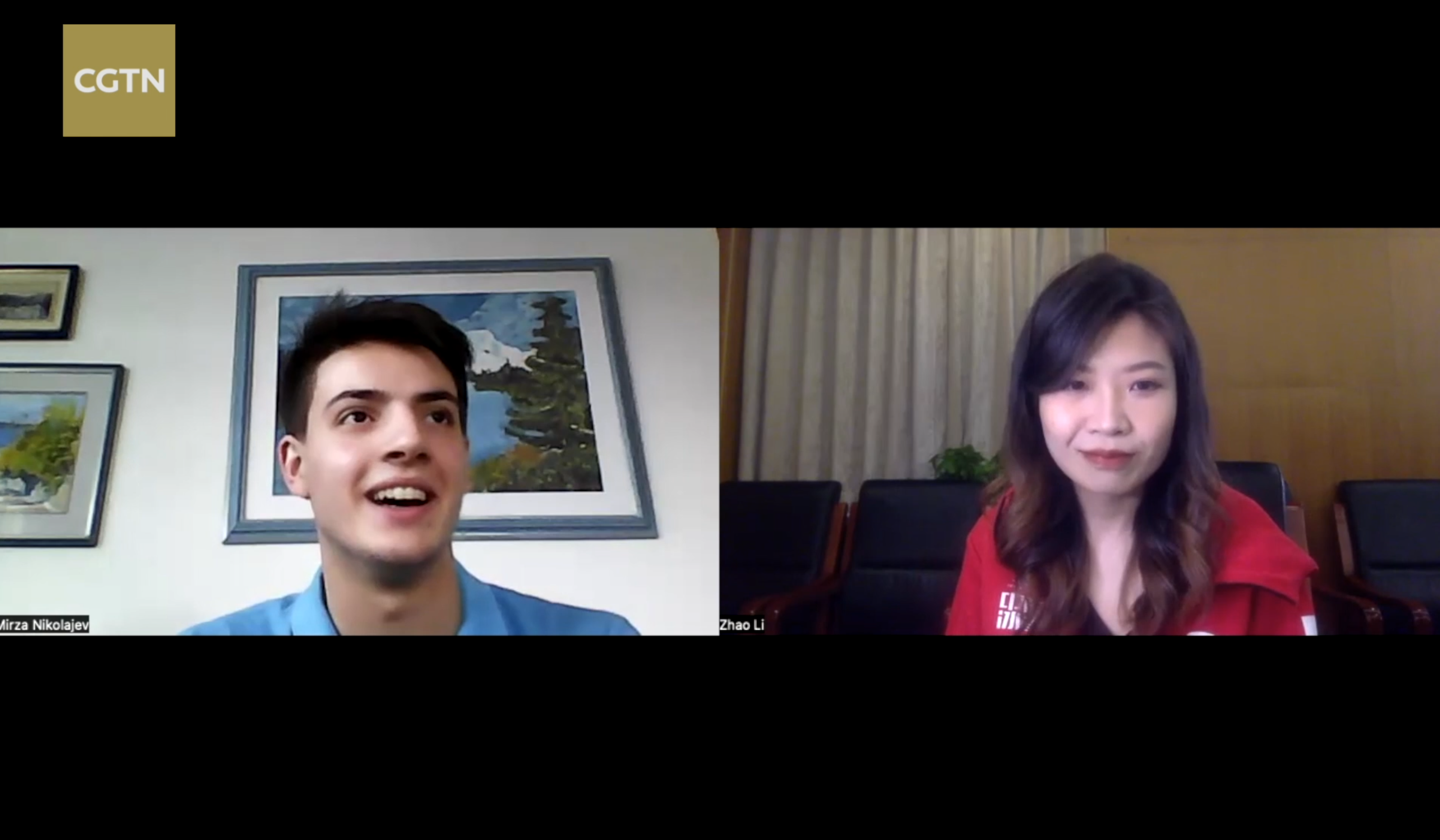 Mirza Nikolajev, a luger representing Bosnia and Herzegovina, has become increasingly famous since taking part in the 2022 Winter Olympic Games in China.

In an interview with CGTN's Li Zhao, 20-year-old Nikolajev said how surprised he was to see his followers on Instagram surge. First several Chinese girls asked if they could take pictures with him in the Olympic Village after the opening ceremony on February 4, then he found he had almost 5,000 new followers on Instagram.

He thought something must have gone wrong with Instagram, but in the following one and a half hours, the number reached 8,000. Nikolajev's followers continued to grow in the following days and the latest number is around 30,000, 10 days after the opening ceremony.

Nikolajev participated in the luge men's singles competition at Yanqing National Sliding Center in Yanqing, Beijing on February 5 and 6, with a final ranking of 34th. Though it's impressive to stand on the top stage of the Winter Olympics, his performance as an athlete was not the biggest reason for the rise in followers. 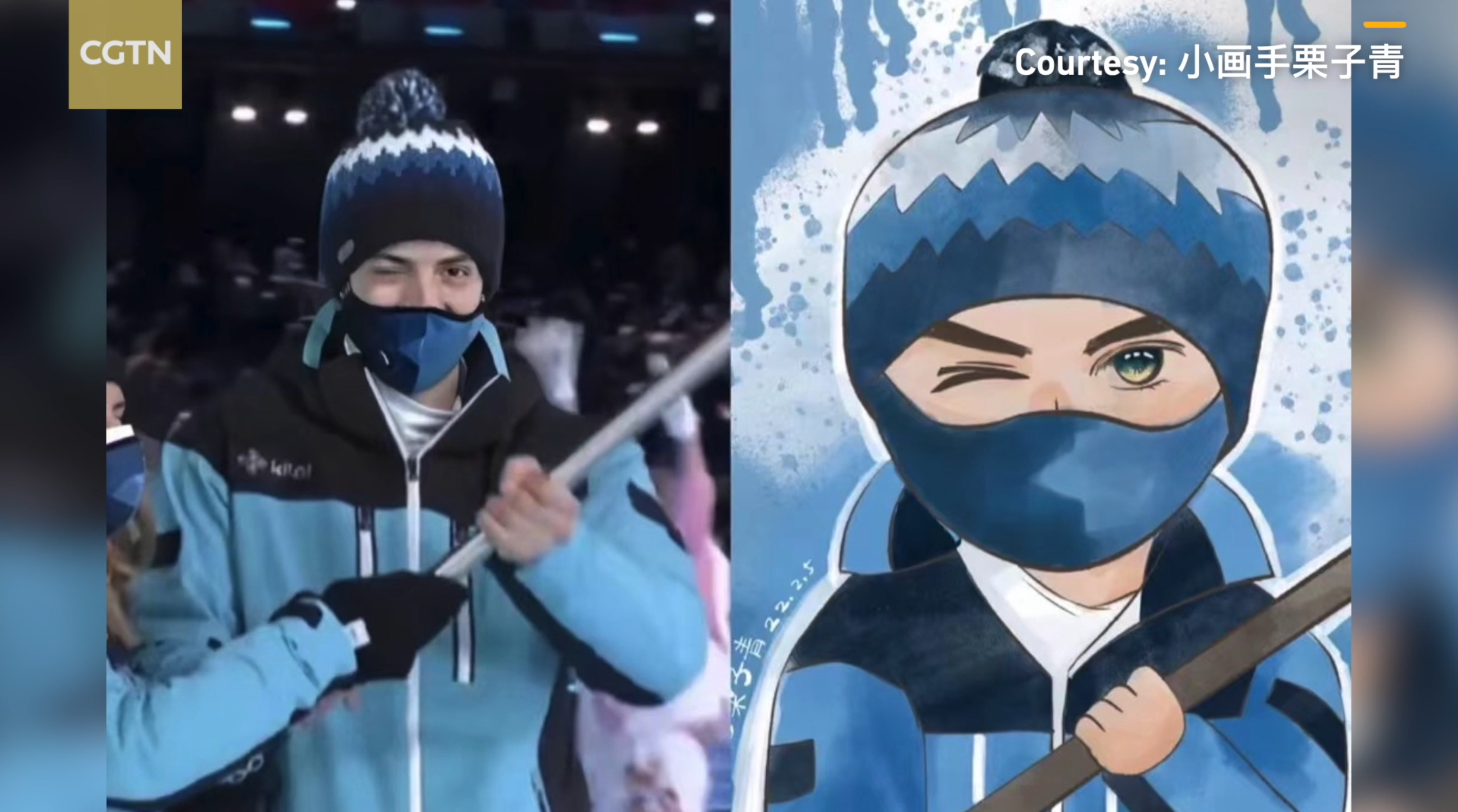 It didn't take the Bosnian youngster long to figure out it was his "wink" to the camera while bearing the flag at the opening ceremony that brought him the popularity. He kept receiving paintings of himself in the following days, each of which grasped his notable gesture.

"I just want to say a big thanks because I just really didn't expect this to happen to me," Nikolajev told Li while showing the paintings he had.

In response to all the warm and kind greetings he received, the luger learnt several Chinese sentences and spoke them in a video to interact with his followers. 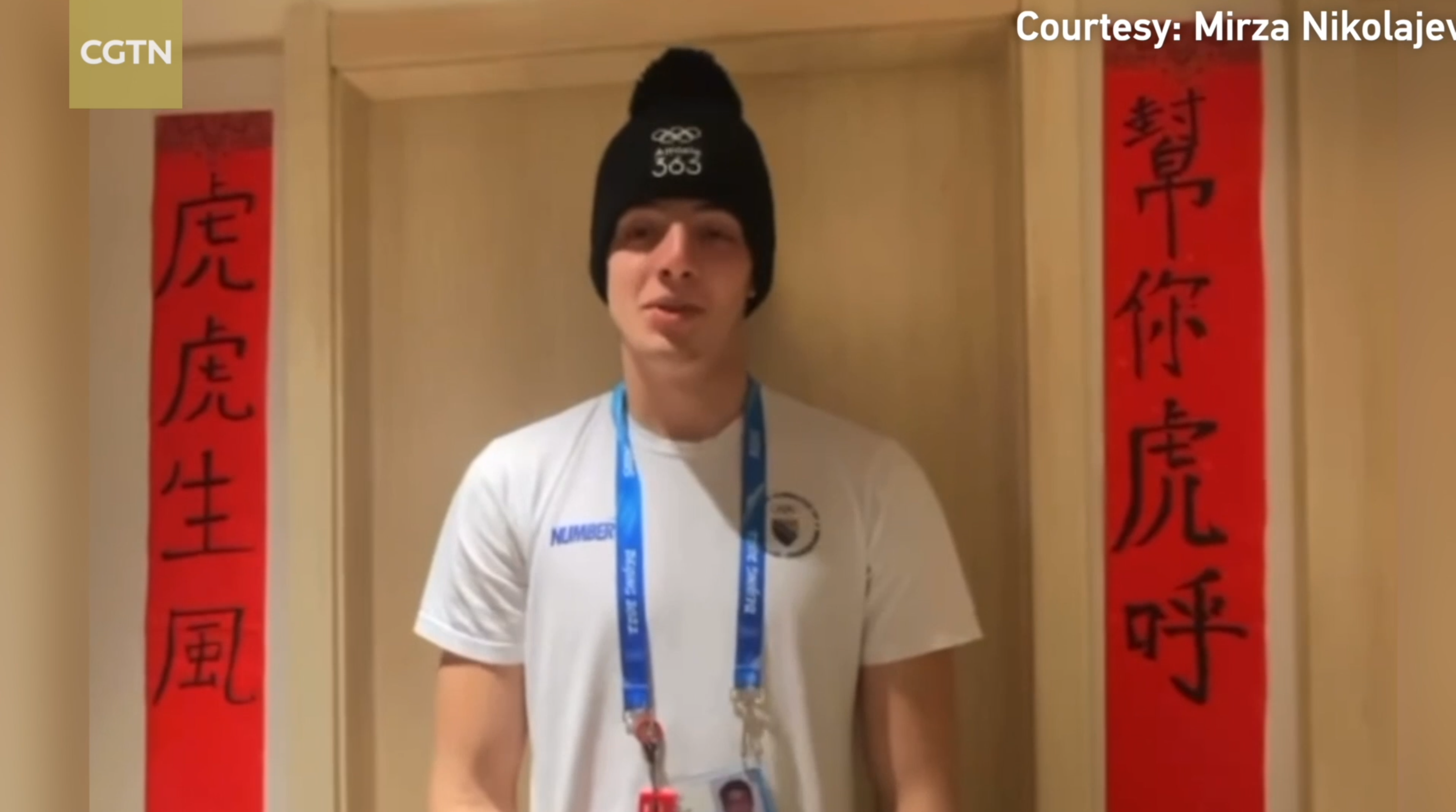 Nikolajev, like everyone else attending the 2022 Winter Olympics, had to stay in the closed loop instead of traveling around China because of COVID-19. He admitted it's a pity, but said it's still amazing "because of the people there."

"I feel like they really try to make you feel like home," Nikolajev said. "Especially not to say that, I was personally surprised by the beds we got in the Olympic Village. … Everything single thing that happened was special to me."

Having trained for six years in luge, Nikolajev made his Winter Olympic debut at Beijing 2022. Though he was not the best-performing athlete in the competition, he's confident that he will do better in the Winter Games he attends in the future.