Download
As some Russian troops return to base, Putin calls Germany a partner
CGTN 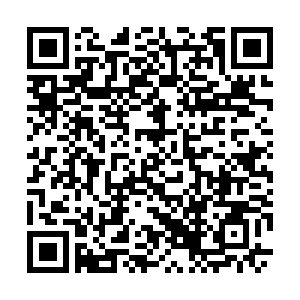 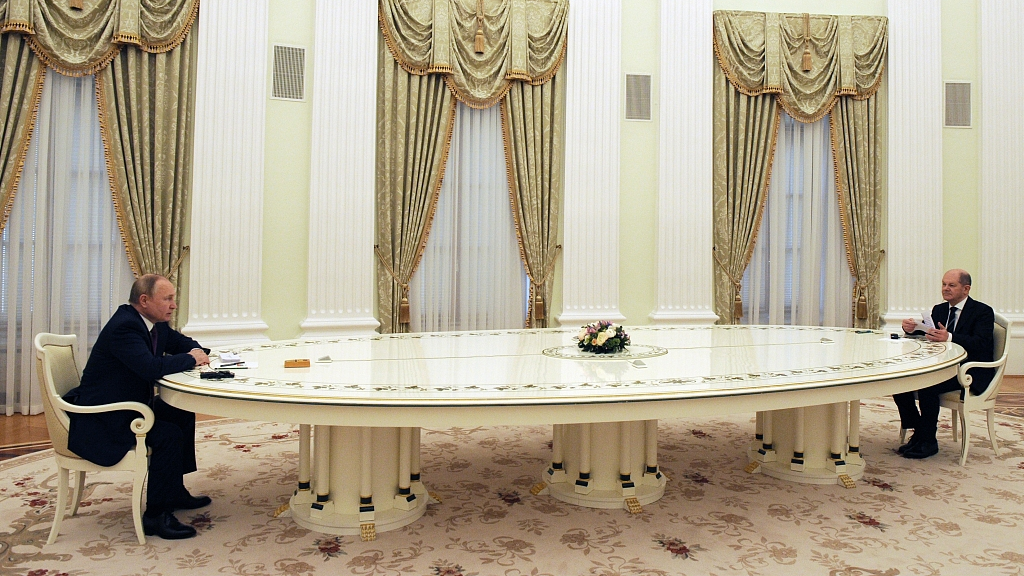 Russian President Vladimir Putin and visiting German Chancellor Olaf Scholz met on Tuesday as Moscow pondered over whether to recognize two breakaway regions in eastern Ukraine, which were taken from Ukrainian control during a war that started in 2014.

Aimed to de-escalate tensions near the Ukrainian border, where Western media say Russia has amassed over 130,000 troops, Scholz becomes the latest Western leader to have flown to Moscow for a face-to-face meeting with Putin.

At the meeting, Putin called Germany one of Russia's main partners, a statement that stands out as the West, with the U.S. and Britain leading the rhetoric, accuses Russia of planning an imminent "invasion" into Ukraine. Moscow denies such charges, but has warned of military action if its security demands are not met.

For Germany and Europe, sustainable security can only be reached jointly with Russia, Scholz said at a news conference with Putin.

The meeting comes a day after Scholz told reporters that Ukraine's prospective NATO membership was "not on the agenda," a move seen to appease Russia's concerns. He made the remarks in Kyiv, where he just met with Ukrainian President Volodymyr Zelensky.

Also on Tuesday, Russia's lower house of parliament voted in favor of a resolution asking Putin to recognize the self-declared Donetsk and Luhansk People's Republics in eastern Ukraine as independent.

Signs of what could be a prelude to the cooling down of tensions also appeared on Tuesday as Russia said some of its military units were returning to their bases after exercises near Ukraine.

Scholz welcomed the move. "That we hear now some troops have withdrawn is a good sign," he said. "We hope more will follow."

As shown in video footage released by the defense ministry, some tanks and other armored vehicles were transported away via railway flatcars.

"We've always said the troops will return to their bases after the exercises are over. This is the case this time as well," Kremlin spokesperson Dmitry Peskov said.

Ukraine's Foreign Minister Dmytro Kuleba said Kyiv would not believe Russia was trying to de-escalate the situation unless it saw for itself a withdrawal.

While the West remains largely unsure, France has signaled its appreciation for the potential pull-back.

"If it is confirmed, this is a good thing," French government spokesman Gabriel Attal said at a press briefing, adding that "this shows (...) we can continue the dialogue, that the path of diplomacy is a path on which we can move further."