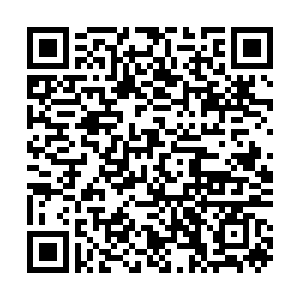 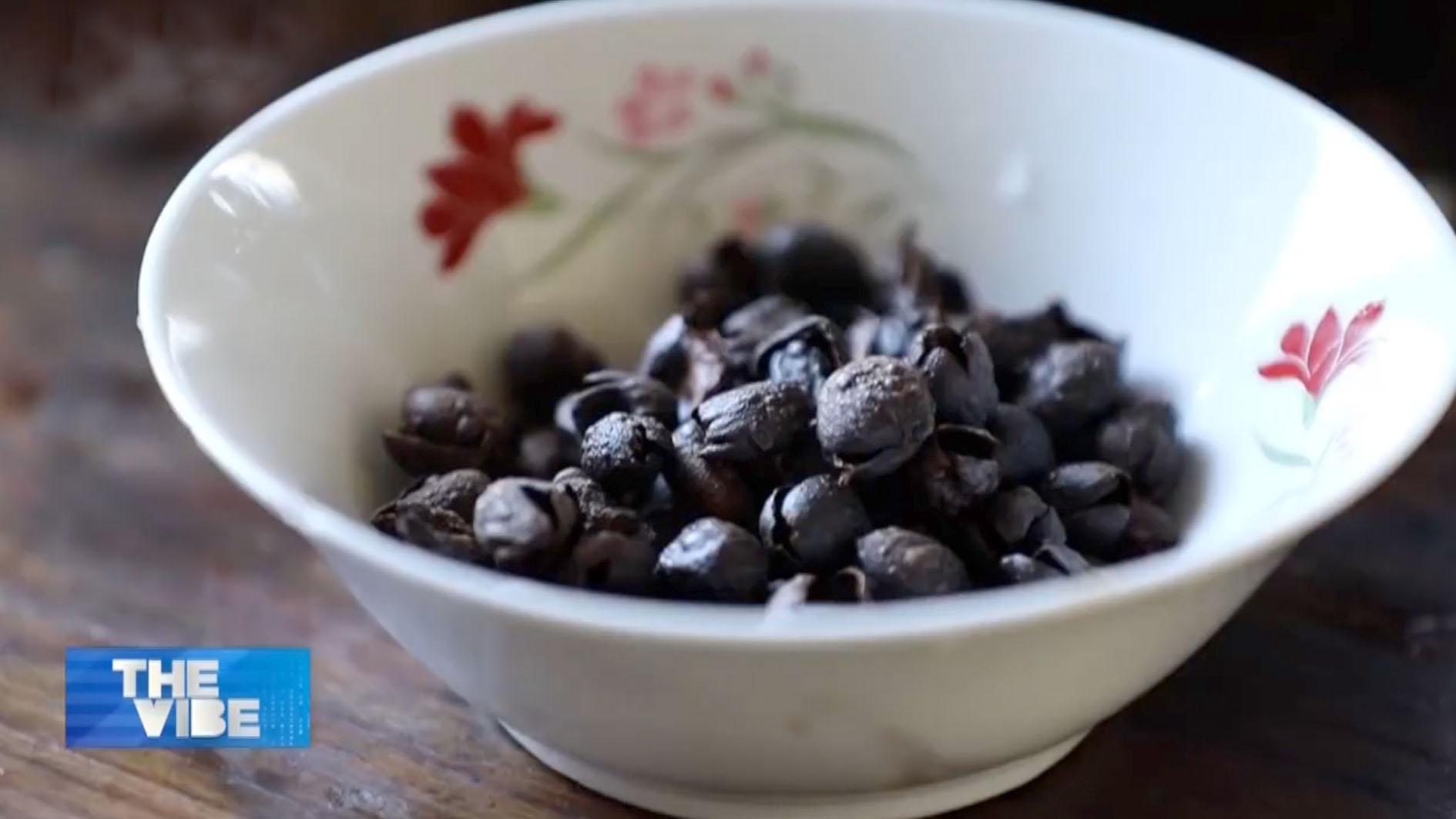 For many, coffee beans are ingredients for one of the world's most popular drinks. But in Baoshan City of southwest China's Yunnan Province, they mean much more.

On Tuesday, people across China celebrated the traditional Lantern Festival, which falls on the 15th day of the first lunar month each year. In Baoshan's Xinzhai Village, a special "coffee banquet" brought a unique flavor.

Yunnan is China's largest coffee-producing region, which produces more than 98 percent of the country's total coffee output. The Arabica coffee grown in Baoshan has put the city on the world map, with its unique terrain and weather guaranteeing high quality. 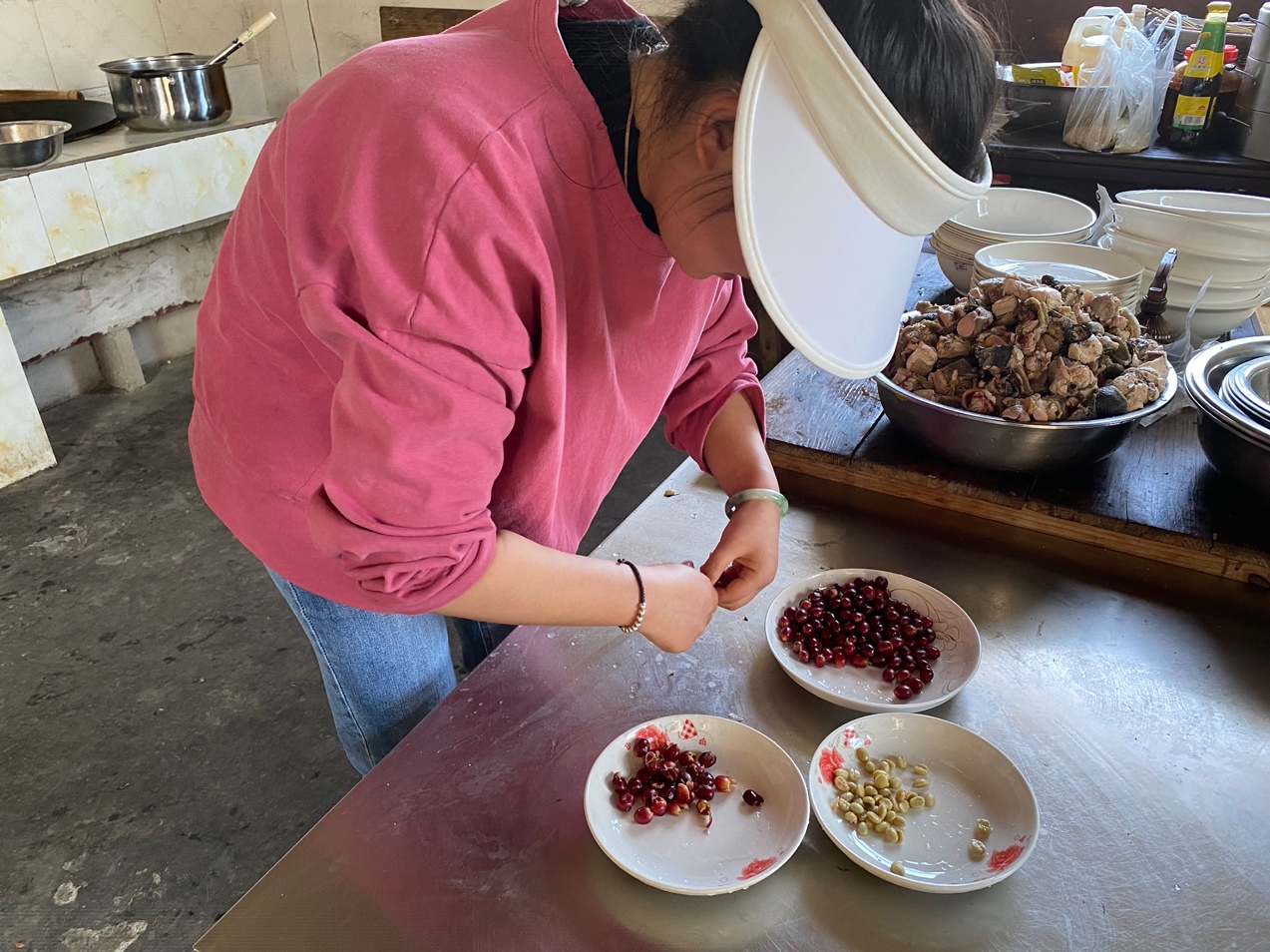 A local villager peels off some fresh coffee cherries. /CGTN

A local villager peels off some fresh coffee cherries. /CGTN

"We combine coffee with local delicacies. The banquet is not just held to celebrate the Lantern Festival, its also an attempt to promote our coffee products," said Wang Jiawei, Party secretary of the Xinzhai Village.

Wang said they started to experiment on the "coffee banquet" in 2014 and have developed quite a few special cuisines, including desserts.

In this small village with around 500 households, almost every part of a coffee tree can be used as an ingredient for cuisines. In the distinctive dinner, baked coffee beans were cooked with chicken, and coffee blossoms were steamed with eggs.

"The flowers are precious. They only bloom for about two days. They make the dish look more alluring and add an aroma as well," Cai Mingyue, a villager, told CGTN. 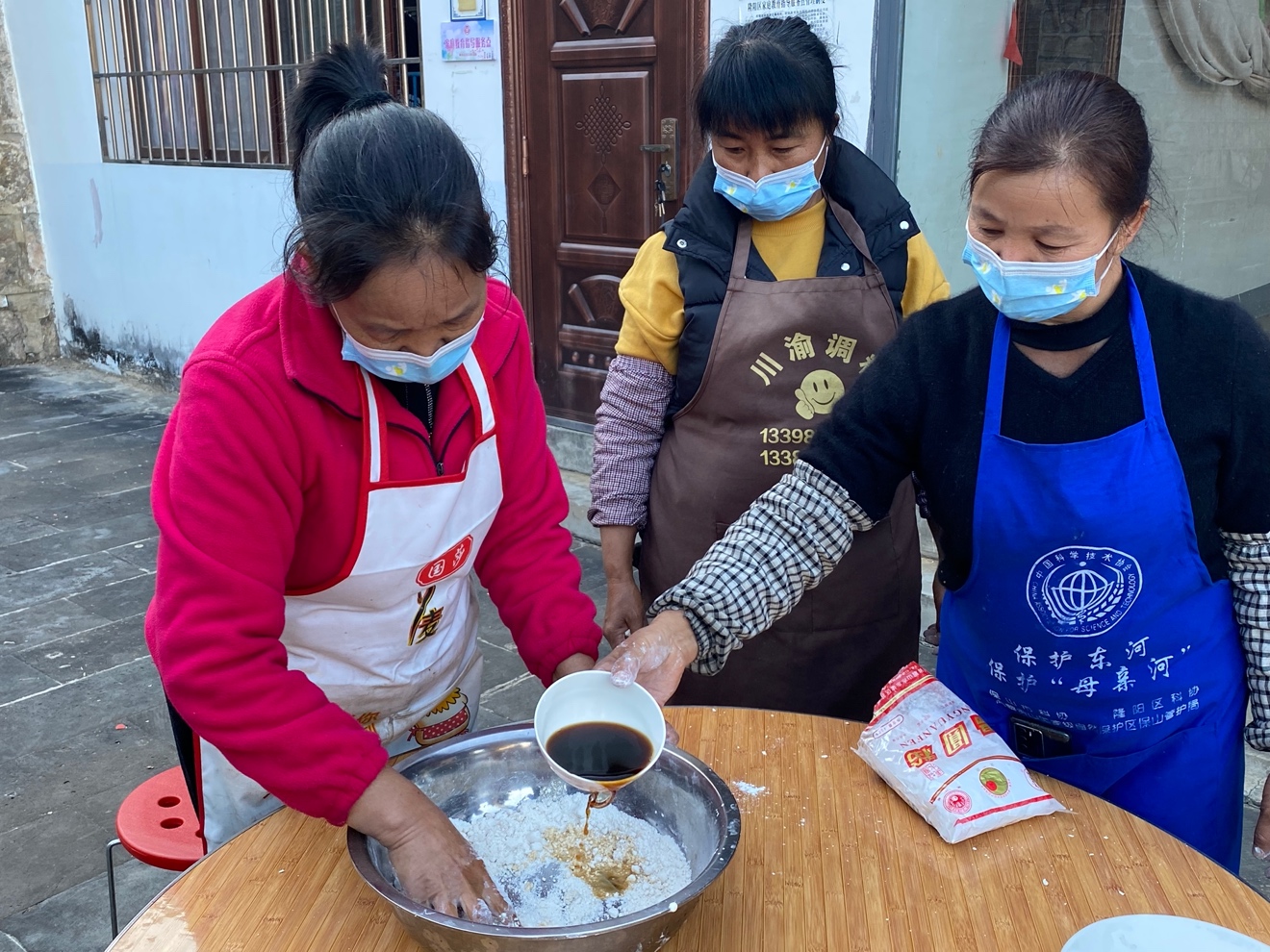 Meanwhile, the peels of the cherries were stewed with meat for flavoring, and even the leaves can be made into a fried snack. It's quite an experience for those tasting these dishes for the first time.

"It was very nice. You could definitely taste the flavor of the coffee in lots of the dishes. It was interesting. Some of it was still very sweet yet have a bitter flavor of coffee," said Daniel O'Kane, a British person who is married to a local woman.

"One of the most flavored is the chicken soup. And also, the braised pork was very delicious," he said.

One of the main traditions of the Lantern Festival is to eat "Tangyuan", or sweet dumplings made of glutinous rice flour. This time too the snack was served, but it's made in a rather unusual way — the flour was mixed with black coffee. 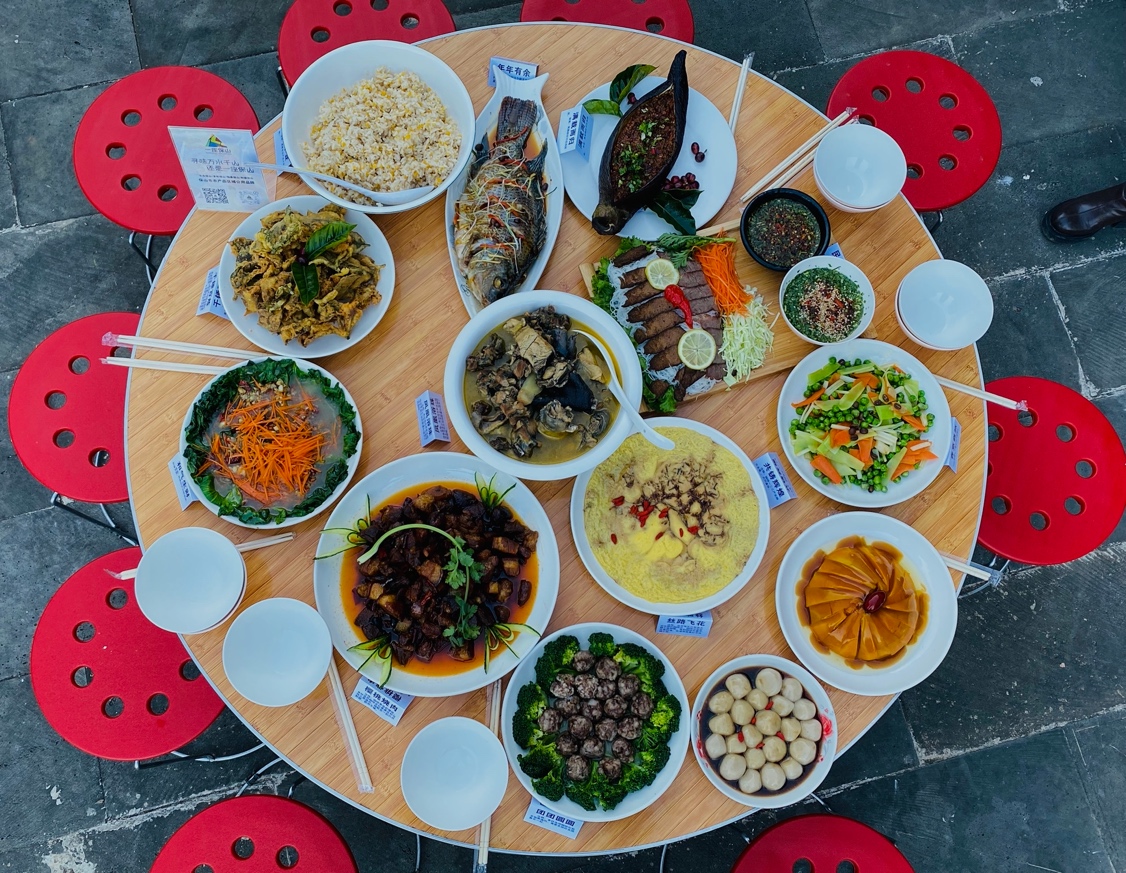 It's been seven decades since Baoshan started large-scale cultivation of coffee. For a long time, the bulk of its coffee has been exported and most of those exports were in the form of raw beans, which created a very limited profit. As coffee consumption soars in China, locals hope the small beans will bring them more opportunities.

Wang said as tourism develops in the village, they will also entertain visitors with their coffee banquet.