Download
Iran says 'closer than ever' to an agreement in nuclear talks as U.S. notes talks in 'very final stages'
CGTN 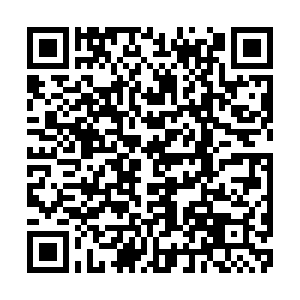 Iran on Wednesday said negotiators were "closer than ever" to reach an agreement over a 2015 nuclear deal while the United States said its indirect talks with Iran were entering the "very final stages."

Ali Bagheri Kani, Iran's top nuclear negotiator, tweeted on Wednesday that "after weeks of intensive talks, we are closer than ever to an agreement. Nothing is agreed until everything is agreed, though."

France on Wednesday said a decision on salvaging the 2015 nuclear deal between Iran and several world powers is just days away, and that it is now up to Tehran to make its political choice.

Indirect talks between Iran and the United States on reviving the Joint Comprehensive Plan of Action (JCPOA) resumed last week after a 10-day hiatus.

U.S. State Department spokesperson Ned Price said on Wednesday that the U.S. is in "the midst of the very final stages" of indirect talks with Iran.

"This is really the decisive period during which we'll be able to determine whether a mutual return to compliance with the JCPOA is in the offing, or if it's not," Price told reporters.

The JCPOA was signed in 2015 between Iran and China, France, Russia, Britain, the United States and Germany. However, former U.S. President Donald Trump unilaterally pulled Washington out of the pact in May 2018 and re-imposed sanctions on Iran, which prompted the latter to drop some of its nuclear commitments.

Since April 2021, Iran and the other five remaining signatories to the JCPOA – China, Russia, the United Kingdom, France and Germany – have held rounds of talks in Vienna to revive the deal.