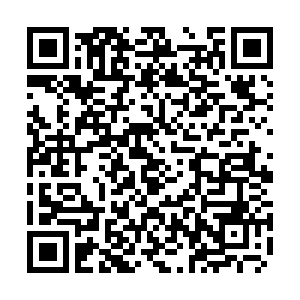 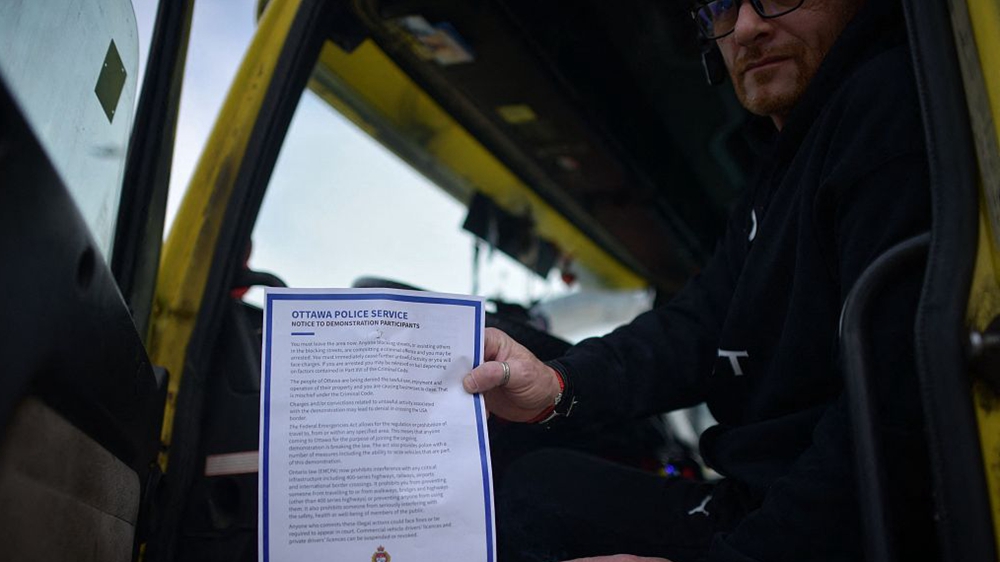 A protester poses with a Police Notice being handed out as truckers continue their protest against COVID-19 mandates in Ottawa, Canada, February 16, 2022. /CFP

A protester poses with a Police Notice being handed out as truckers continue their protest against COVID-19 mandates in Ottawa, Canada, February 16, 2022. /CFP

Canadian police issued an ultimatum Wednesday to protesters who've been choking Ottawa streets for 20 days to leave the capital, as state and provincial leaders called for an end to the cross-border vaccine mandate that sparked the trucker-led protest movement.

Officials, meanwhile, announced a negotiated peaceful end to the last of several recent blockades by protesters of border crossings between Canada and the United States.

"You must leave the area now," Ottawa police said in a notice distributed to truckers outside parliament.

Anyone blocking streets or assisting others in doing so will be arrested and face charges, as well as fines and seizures of their trucks, the statement said.

Police also warned that anyone charged or convicted for taking part in the illegal demonstration may, in addition to criminal penalties, be barred from traveling to the United States.

Fellow protester Jan Grouin, 42, decried Prime Minister Justin Trudeau's decision earlier this week to impose a state of emergency, calling it "a little overreacting maybe to think that we are terrorists." 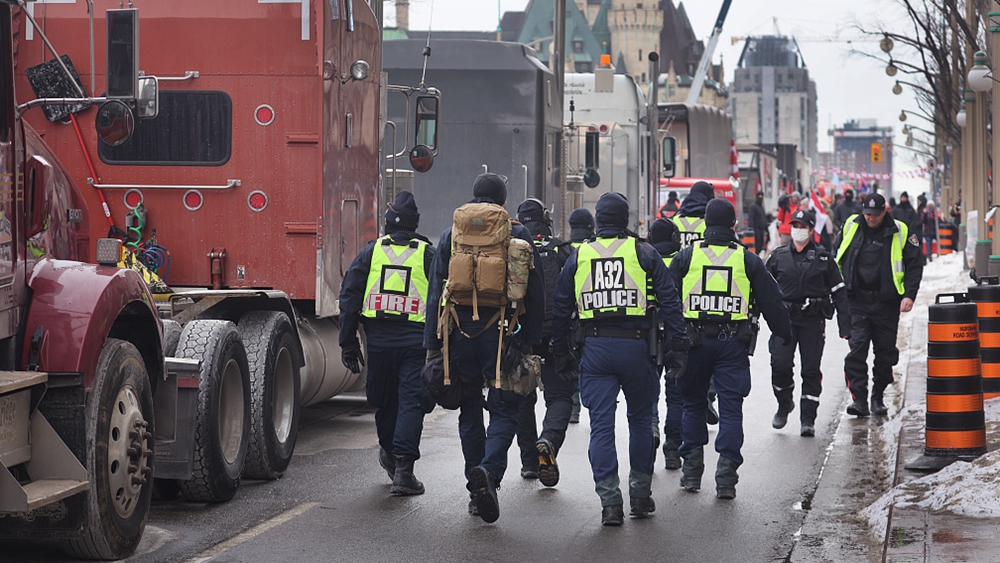 Police patrol past a blockade of trucks near the parliament building as a demonstration led by truck drivers protesting vaccine mandates continues in Ottawa, Ontario, Canada, February 16, 2022. /CFP

Police patrol past a blockade of trucks near the parliament building as a demonstration led by truck drivers protesting vaccine mandates continues in Ottawa, Ontario, Canada, February 16, 2022. /CFP

Unable to dislodge the protesters, Trudeau this week invoked the Emergencies Act, which gives the government wide new powers to end the demonstrations over COVID-19 restrictions.

Trudeau told reporters Wednesday that with police now getting help from various other law enforcement units, they should "be able to begin their actions."

"It's time for this to end," he said, adding that it was up to the "police to decide when and how."

On Tuesday, Ottawa's interim police Chief Steve Bell said a "turning point" has been reached. "I believe we now have the resources and partners to bring a safe end to this occupation," he said.

What is known as the "Freedom Convoy" started with truckers protesting against mandatory COVID-19 vaccines to cross the U.S. border, but its demands have since grown to include an end to all pandemic health rules.

Forty-six protesters were arrested and 37 vehicles seized during police operations at the Ontario-Michigan border. In Coutts, Alberta, four people were charged with conspiracy to murder police officers. They were among 13 arrested with a cache of weapons that included rifles, handguns, body armor and ammunition.