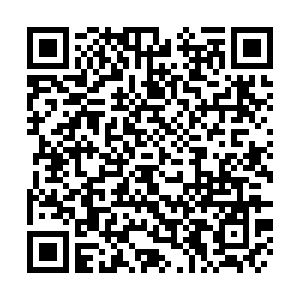 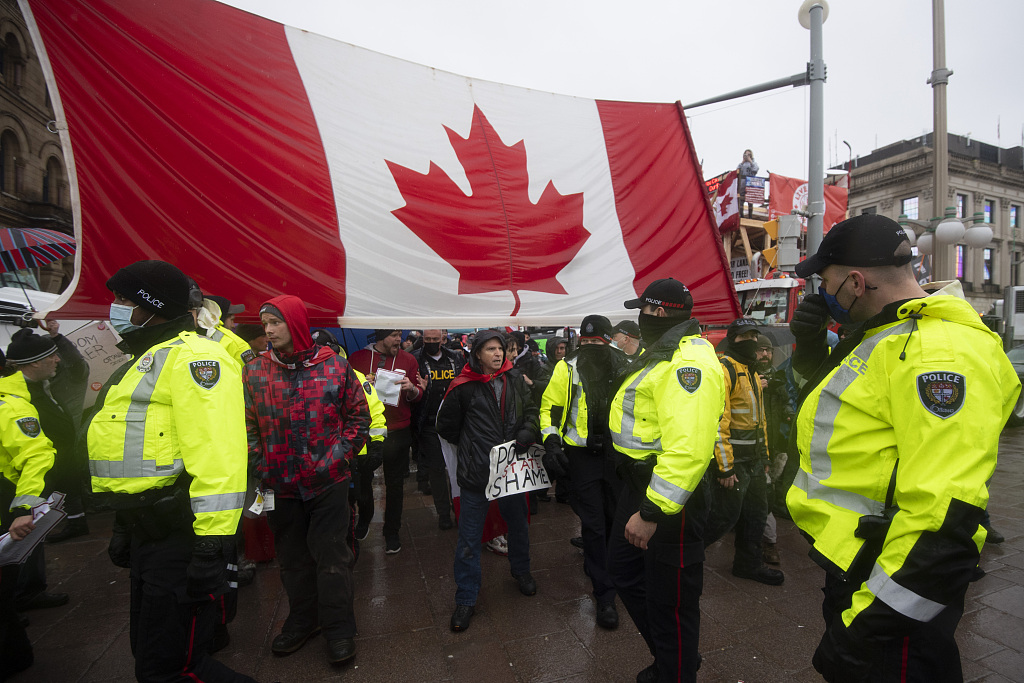 Police are followed by yelling protesters as they attempt to hand out notices to protesters in Ottawa, February 17, 2022. /CFP

Police are followed by yelling protesters as they attempt to hand out notices to protesters in Ottawa, February 17, 2022. /CFP

Canadian lawmakers took the extraordinary step of canceling a parliamentary session on Friday, as police prepared to clear a trucker-led protest in downtown Ottawa in its third week, according to AFP.

It was the first time that Canada's parliament interrupted its work since demonstrators converged on the capital in late January to protest against COVID-19 restrictions and vaccine mandates.

House of Commons Speaker Anthony Rota said in a statement that "a police operation" is expected to take place outside the parliament building and in other locations in downtown Ottawa on Friday.

Due to these "exceptional circumstances" and an "ever-changing" situation in the streets, the House is cancelling its session for the day, Rota said.

A second day of debate on the government's move to invoke rarely-used emergency powers to clear the trucker occupation had been scheduled for Friday.

Holland said he hopes the discussion could resume on Saturday.

Canadian police on Friday started arresting protesters as part of an operation to end the protest, which prompted Prime Minister Justin Trudeau to assume emergency powers, according to Reuters.

"Some protesters are surrendering and are being arrested. We ask protesters to remain peaceful and lawful," the Ottawa police said in a tweet.

The drivers, joined by thousands of demonstrators and some 400 vehicles, turned the streets around Parliament into a noisy party zone since first arriving on January 28, in what has become one of the worst crises to hit Trudeau since he took power in 2015.