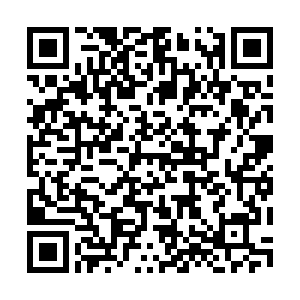 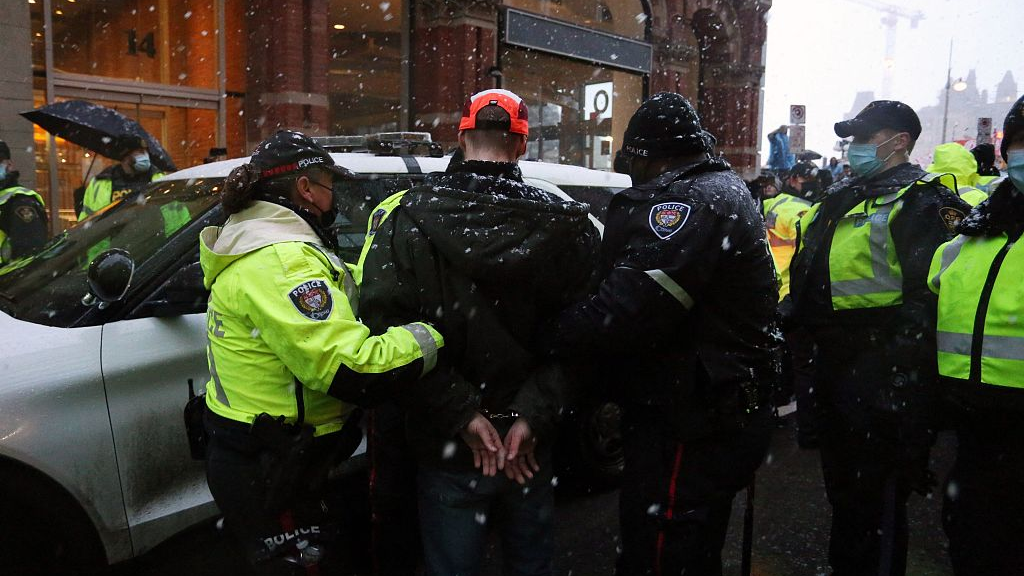 Police officers arrest a protester during a protest over pandemic health rules and the Trudeau government in Ottawa, Canada, February 17, 2022. /CFP

Police officers arrest a protester during a protest over pandemic health rules and the Trudeau government in Ottawa, Canada, February 17, 2022. /CFP

Police warned protesters occupying central Ottawa of "imminent" action to clear them from the capital and began making some arrests on Thursday to end a crisis that Canadian Prime Minister Justin Trudeau warned was threatening public safety.

Truckers opposing coronavirus mandates have blocked roads in downtown Ottawa for nearly three weeks, the centerpiece of a movement that has inspired anti-government protests in other countries and temporarily shut border crossings with the United States.

Threats of fines and jail helped convince protesters to retreat this week from four U.S. border points. Police have issued similar warnings in Ottawa, where interim Police Chief Steve Bell said they were committed to driving protesters out.

"We've been bolstering our resources, developing clear plans and preparing to take action. The action is imminent," Bell told reporters. "To those engaged in the unlawful protests – if you want to leave under your own terms, now is the time to do it."

Police were seen arresting several protesters on Thursday evening, including Chris Barber, one of their main fundraisers and organizers. Officers handcuffed him and placed him in the back of a police vehicle, a video posted to the organizers' Facebook page showed.

The arrests marked an escalation of police activity that has drawn defiance by protesters, who honked their horns in unison earlier on Thursday in violation of a court order. Others shrugged off the warnings and soaked in a portable hot tub set up near the door to parliament that many lawmakers use.

"I ain't going anywhere," said Pat King, one of the organizers of the protest. "I haven't overstayed my welcome. My taxes paid for me to be here."

Police said they would restrict access to downtown Ottawa and that officers had begun erecting barriers around government buildings. They have also distributed leaflets warning truck drivers and others of "severe penalties."

While officers have not physically removed people, the increased police presence has demonstrators bracing for action and urging one another to remain calm.

"If the police escalate, we're not going to escalate," said Chris Dacey, who says he has been at the protests every day since they started on Jan. 28. "We're not going to respond to any type of aggression ... We're here (until) the prime minister talks to us."

Heavy snow began coming down Thursday evening and up to 12 inches (30 cm) could accumulate by Friday morning, Environment Canada said.