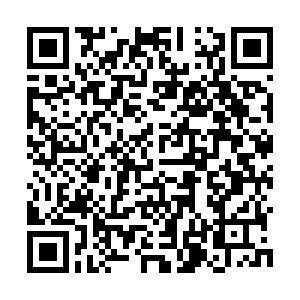 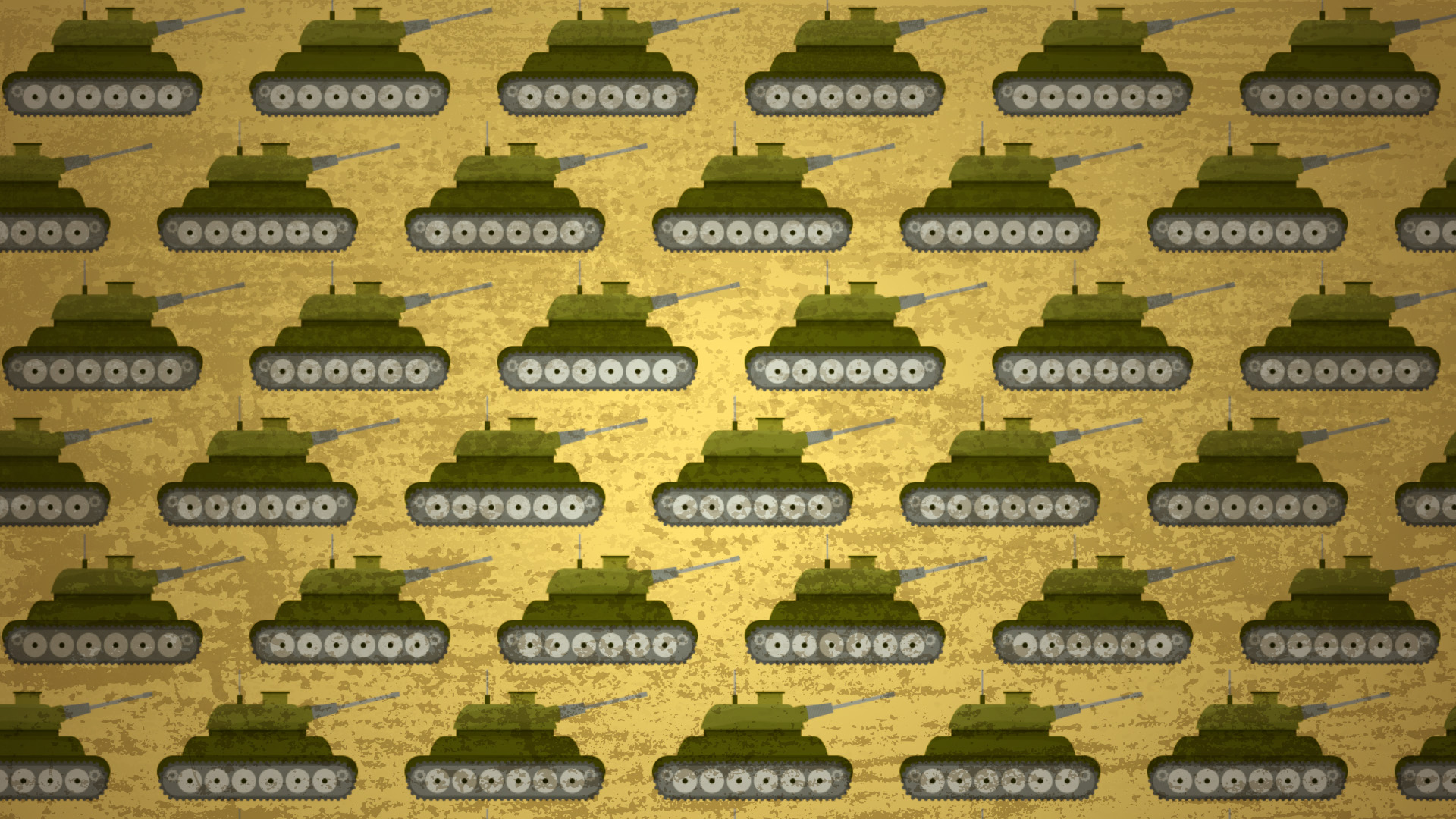 As tensions on the Russia-Ukraine border continue to heat up, the possibility of an open conflict between the two countries involving the U.S.-led NATO is now putting the world on edge. On February 11, the White House warned that a Russian "invasion" of Ukraine could be imminent, despite Kremlin's repeated assurances that it has no such plans.

In fact, the administration of U.S. President Joe Biden has been actively stoking tensions in the region, first by sending some $650 million worth of military weapons and equipment to Ukraine over the past year. Last week, the Pentagon announced deploying an additional 3,000 troops in Poland, which borders Belarus, a close ally of Russia. The move adds more uncertainty to an already tense and volatile situation, which if not carefully managed, could lead to another world war.

Yet one clear winner from the threat of war, as former U.S. congresswoman Tulsi Gabbard recently argued, is America's gargantuan defense industry, which has profited tremendously in times of crises. During an interview with Fox News's Tucker Carlson, Gabbard said the military-industrial complex, which "clearly controls the Biden administration" and has been intentionally "drumming up these tensions," is set to gain a lot more money than it did during the War on Terror years.

Gabbard, a Democrat from Hawaii, pointed out that both Democrats and Republicans, as well as the mainstream media, are all in the pocket of the extremely powerful defense industry, which wields enormous influence on Washington's foreign policy.

"And rather than looking out for what's in the best interest of the American people, our national security, our country – they see dollar signs when they look at Ukraine. They see how they can line their pockets, how they can look tough, how they can posture themselves in a position where they personally or politically or financially benefit rather than thinking about what are the costs and consequences of these actions, and who pays the price," she said.

In his 1961 farewell address, then U.S. President Dwight D. Eisenhower warned the nation about the increasingly powerful military-industrial complex and the danger it poses to the American society as well as its political system.

"We must guard against the acquisition of unwarranted influence, whether sought or unsought, by the military-industrial complex," said Eisenhower. "The potential for the disastrous rise of misplaced power exists, and will persist." 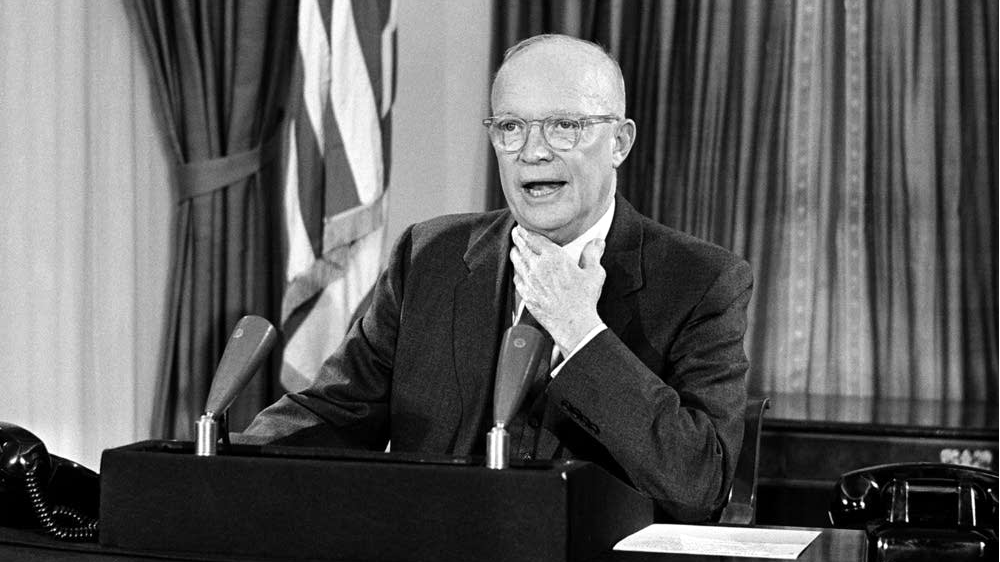 U.S. President Dwight Eisenhower makes his farewell address to the nation in a television-radio broadcast three days before the end of his term in Washington, D.C., U.S., January 17, 1961. /AP

U.S. President Dwight Eisenhower makes his farewell address to the nation in a television-radio broadcast three days before the end of his term in Washington, D.C., U.S., January 17, 1961. /AP

Up until World War II, weapons manufacturing was primarily a task of the U.S. government, which kept its own factories and shipyards. As the U.S. became involved in the war, then President Franklin D. Roosevelt established the War Production Board to coordinate civilian industries into wartime production.

At the time, military purchases were subjected to rigid government guidelines as well as legal procedures, and as a result, few wanted military businesses with the Roosevelt government. When Fortune magazine surveyed business executives in October 1940, it found that 77 percent had reservations about doing rearmament work because of their "belief that the present administration in Washington is strongly anti-business," in particular over cooperation on rearmament.

However, conditions changed dramatically between 1940 and 1941. As arms production shot up to over 40 percent of the country's annual GNP from just 1 percent before the war, private contractors such Boeing and General Motors vastly expanded their weapons business, which quickly became a burgeoning industry of its own.

During his two terms in office, Eisenhower witnessed an era of military expansion unlike any other in American history. As the the Korean War ended in 1953, the U.S. military kept a large standing army and maintained a high level of readiness for the Cold War against the Soviet Union.

Perhaps out of his own experience with war, Eisenhower was wary about the unchecked growth of the military. Despite his efforts to reign in military spending, the self-serving complex was already a formidable force in Washington. In a death race for military superiority, American defense contractors began churning out increasingly sophisticated weapons while charging the Pentagon with exorbitant bills.

As a result, the Cold War turned out to be incredibly costly. Between 1948 to 1991, the government spent more than $13.1 trillion on national defense, and much of the money were funneled to defense contractors and their suppliers. These dealings proved to be not only highly lucrative but also not very risky, according to a study led by American economic historian Robert Higgs that looked into the profitability of defense contracting.

Gradually, a steady and mutually beneficial relationship between private and public sectors had solidified in what evolved to become the MICC – military-industrial-congressional complex.

Today, the MICC has inserted itself into the heart of the American political economy, sucking more and more out of the federal budget each year. Even as the Biden administration has finished withdrawing the U.S. from the last of its overseas military campaigns in Afghanistan, the decision hasn't translated into any savings for the American people. 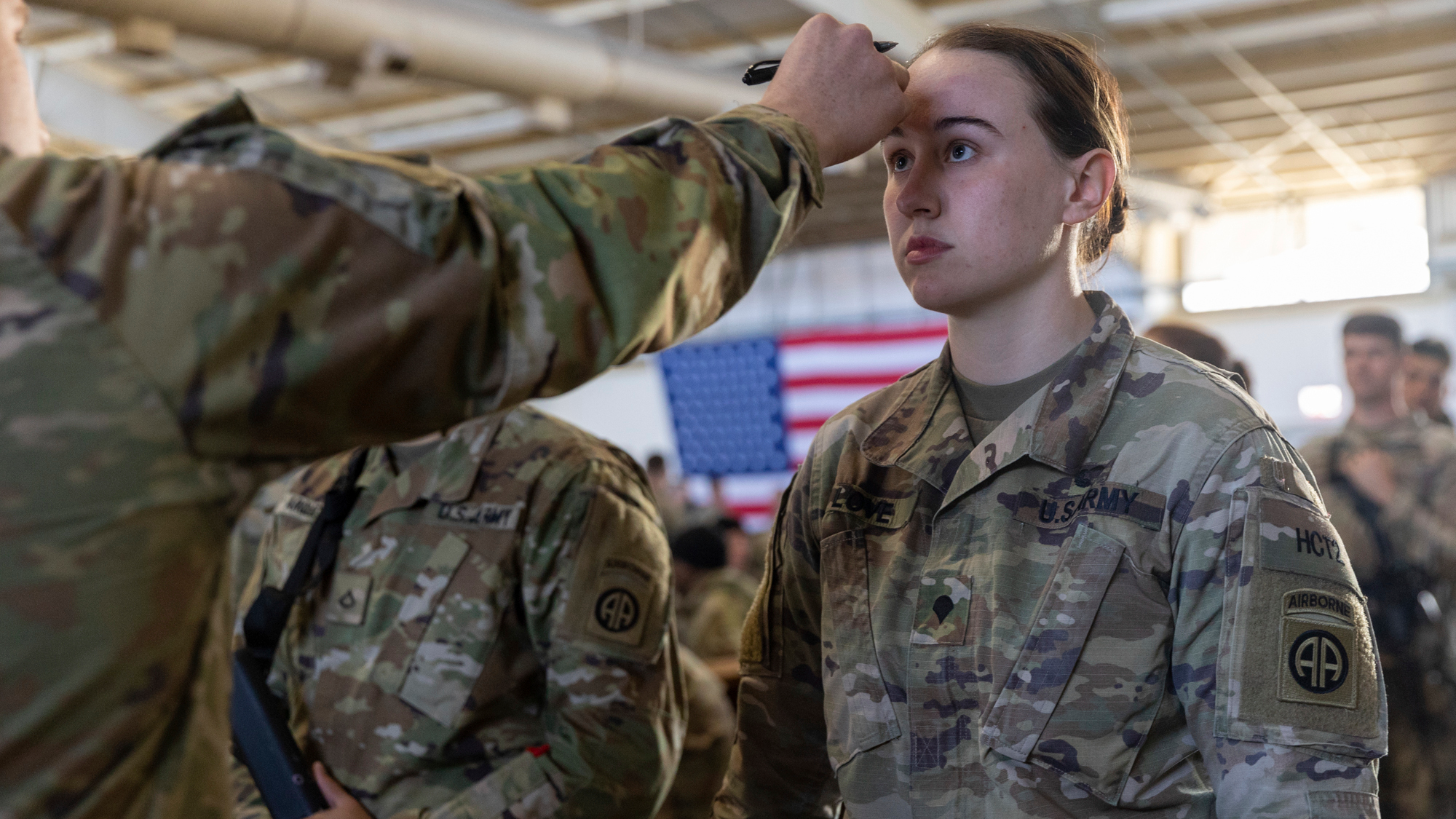 A member of the 82nd Airborne Division of the U.S. Army receives a temperature check as part of COVID-19 screenings, as soldiers prepare for deployment to Poland from Fort Bragg, North Carolina, U.S., February 14, 2022. /AP

A member of the 82nd Airborne Division of the U.S. Army receives a temperature check as part of COVID-19 screenings, as soldiers prepare for deployment to Poland from Fort Bragg, North Carolina, U.S., February 14, 2022. /AP

Instead, the money is being poured right into programs to counter China and Russia, which has been Washington's enemy of choice. Last year, the U.S. Congress approved a near-record $778 billion in spending for the Pentagon and related work on nuclear warheads at the Department of Energy.

All of this despite that the U.S. is already spending more than the next 11 countries combined, and this trend is looking to continue for years to come. According to the Congressional Budget Office's estimate, the Pentagon is looking to eat up another $7.3 trillion over the next decade.

Since the end of WWII, the U.S. has engaged in over a dozen major military operations overseas, from the jungles of South America and Vietnam to the deserts of Iraq and Syria, the list goes on. Each time at a significant cost of economic resources and human life, to both American service members as well as the local populations.

But as long as the threat of war is maintained, the MICC and everyone involved – the corporations, military authorities and members of U.S. Congress – would keep the war party rolling and benefit enormously along the way.

As one of the great architects of America's foreign policy during the Cold War, George Kennan once observed, "Were the Soviet Union to sink tomorrow under the waters of the ocean, the American military-industrial complex would have to remain, substantially unchanged, until some other adversary could be invented. Anything else would be an unacceptable shock to the American economy."