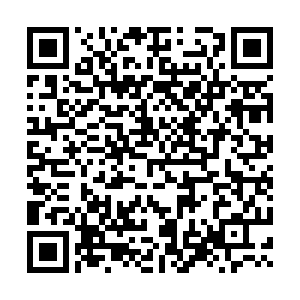 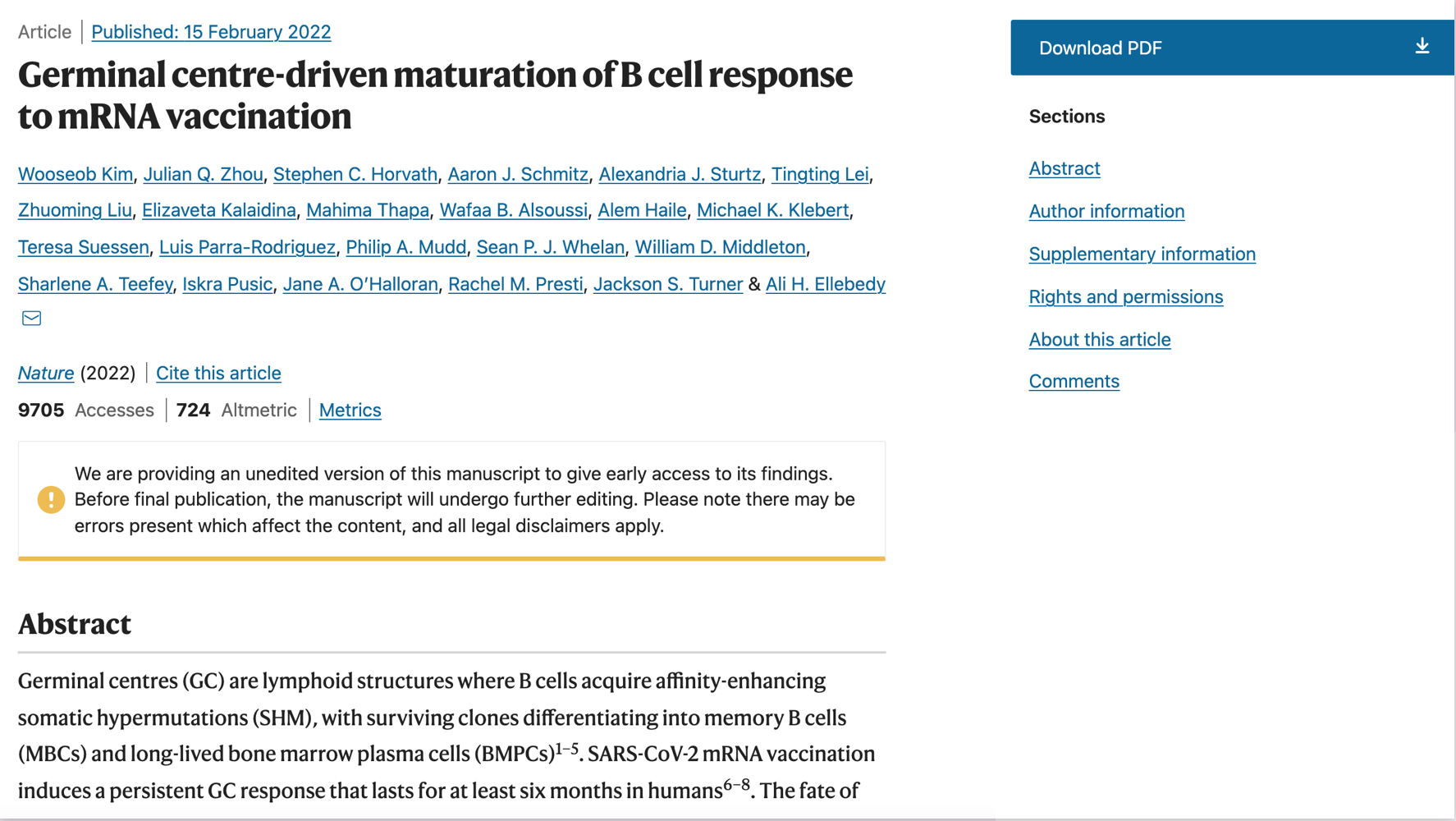 A screenshot of the study published in Nature.

A screenshot of the study published in Nature.

For at least six months after receiving mRNA COVID-19 vaccines, antibodies are found to keep improving in quality while the immune system continues to "train" its antibody-producing B cells, a new study shows.

A group of researchers collected blood from 42 participants and found that B cells targeted against SARS-CoV-2 persisted in the germinal centers of all participants for months, said the study by Washington University School of Medicine in St. Louis (WUSTL) in the U.S. state of Missouri.

They also managed to track B cells from 15 people and found 10 of them still had B cells in their germinal centers after six months. Germinal centers are like boot camps where B cells are trained to make advanced antibodies.

In one set of the experiments where researchers obtained bone marrow samples from 11 participants, eight of the individuals had shown successful bounding antibodies with the viral protein six months after, whereas the initial hook-up rate was only about 20 percent.

These findings provide a silver lining to the decreasing antibody level in people months after they had received COVID-19 vaccines. The antibodies are, in fact, increasing their quality.

"When you look at antibodies, quantity should not be your only concern," said Ali Ellebedy, an associate professor of pathology and immunology at WUSTL and one of the authors of the study. "The antibodies at six months might be less in quantity, but they are much better in quality. And that refinement of the antibody response happens on its own."

Although the experiment did not test the mature antibodies' ability in neutralizing variants, Ellebedy said the antibodies should be better able to recognize parts of the spike common to the variants and the original strain.

Published on February 15 in Nature, this study was the first to trace the immune response journey in people in detail.

Tracking the maturation of antibody levels in our bodies is challenging. It requires repeatedly taking samples from different parts of the body where key members of the B cell family are located — blood, the lymph nodes and bone marrow.

Peer reviews noted that more research is needed to know whether this robust germinal center response is unique to mRNA vaccines or if it is also induced by more traditional vaccines.