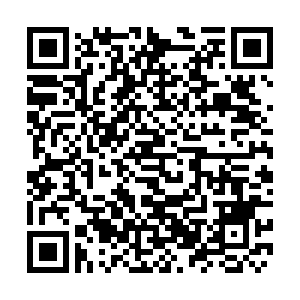 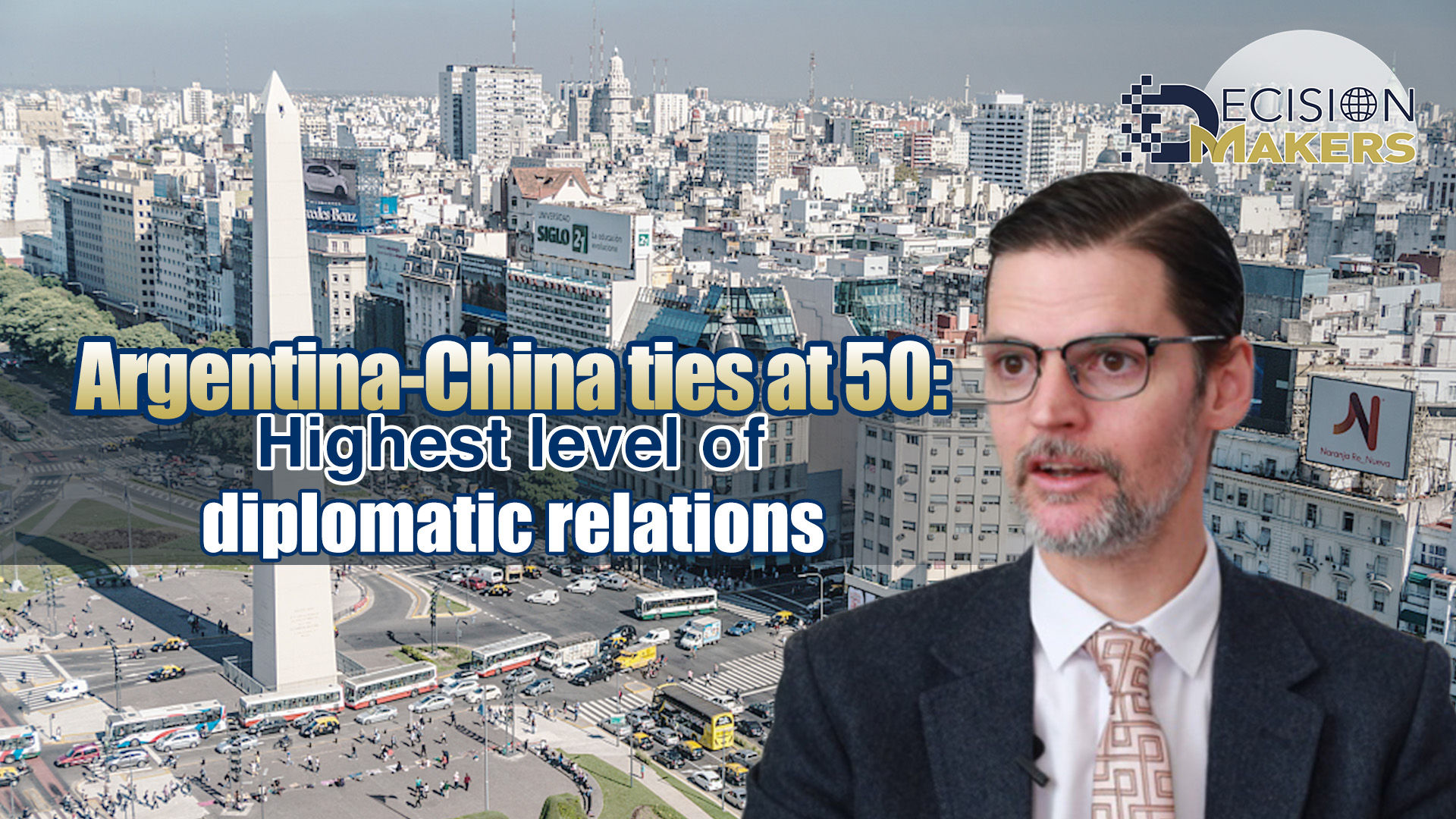 Editor's note: Decision Makers is a global platform for decision-makers to share their insights on events shaping today's world. Sabino Vaca Narvaja is the Argentine ambassador to China. The article reflects the author's opinions and not necessarily the views of CGTN.

Since the beginning of the new century, the bilateral relationship has deepened. It was precisely in 2004 that the government of Néstor Kirchner signed the "Strategic Partnership between Argentina and China" with the then Chinese President Hu Jintao. An important figure in this event was the then chief of the cabinet of ministers and now president of the nation, Dr. Alberto Fernández. In 2014, the relationship was raised even higher to the level of Comprehensive Strategic Partnership, with Cristina Fernández de Kirchner and Xi Jinping being presidents at that moment. Now the vice president is Cristina Fernández de Kirchner and the president is Alberto Fernández, who has just concluded a successful official visit to Beijing and signed the accession to the Belt and Road Initiative (BRI), deepening bilateral relations even more.

The nature of the comprehensive strategic partnership subscribed in 2014 by both governments implies a mandate to deepen cooperation in all areas, identifying and implementing projects that best meet the interests of both peoples. The potentialities of cooperation are incalculable since all areas are open to cooperation. In this aspect, we are working hard to consolidate and expand bilateral cooperation. An example of this is the Strategic Dialogue for Economic Coordination and Cooperation (DECCE). This mechanism is also in charge of implementing the Integrated Five-Year Plan which lists priority projects between both countries, such as photovoltaic parks, wind farms, gas pipelines, thermal power plants, transmission lines, dams and so on. There are also important projects related to strengthening our railway network, both in cargo and passenger transport and strengthening the connectivity of the Pacific through bi-oceanic corridors from east to west and the border crossings with Chile. Likewise, bridges, aqueducts, water treatment plants and residential buildings are being planned. 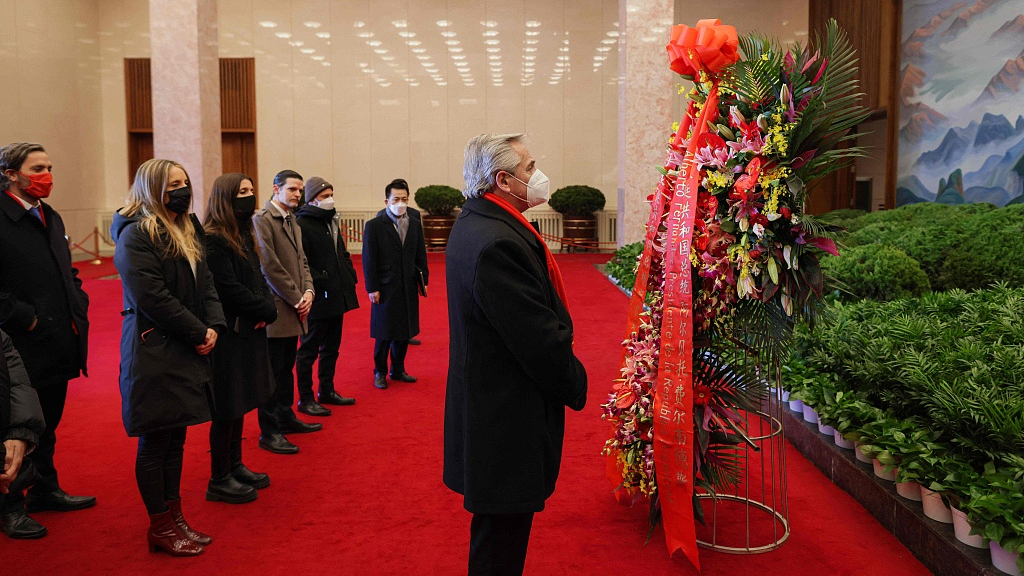 These projects that will improve connectivity can also be integrated into the BRI, which would allow us access to credits for infrastructure and physical connectivity projects. In this way, logistics costs would be lowered and our exports would gain competitiveness.

Additionally, it would offer us the possibility of accessing the Chinese sub-national space since the Chinese provinces are fully in tune with our national policies. We must consider that of the 31 Chinese provinces, municipalities, and autonomous regions, 25 exceed the GDP of the province of Buenos Aires, the largest contributor to Argentina's GDP representing 30 percent of the total – and more than half of those even double or triple it. Joining the initiative will open up new sources of financing for our country, both from banks and from specific funds such as the Silk Road Fund, the Silk Road Center, which have credit lines specifically focused on this plan.

Beyond the formal evolution of the relationship, it is important to emphasize how important it was to get the support in the fight against the pandemic during the most difficult moments of 2020 from the People's Republic of China; first, with the acquisition of medical supplies which were key to strengthening our health system at a time of global scarcity. Additionally, we have received countless donations of masks and personal protection material at the Chinese embassy, among other things. These were great gestures of solidarity, while in our country there was a shortage of supply of these essential materials.

In this way, in 2020, Argentine obtained almost 1,500 tons of medical supplies through acquisition, as well as donations and supplies from China. 42 flights and 4 ships were arranged to deal with the logistical challenge based on the coordination between our national airline, the Ministry of Health and the Ministry of Foreign Affairs.

In 2021, all that synergy was then focused on the provision of vaccines. Up to October 2021, we had obtained close to 31 million doses of Sinopharm vaccines and we have made an agreement for more than 5 million of the single-dose CanSino vaccine. As Sinopharm had carried out clinical phase III trials in our country together with the Fundación Huésped, the approval of an application by ANMAT was made possible. Thus, in Argentina, the Sinopharm vaccine was one of the first to be evaluated and administered in the territory. Currently, this laboratory is coordinating with the Argentine company Sinergium Biotech to realize the local production of its inactivated vaccine in our country as soon as possible.

During 2021, President Alberto Fernández participated in events of great relevance for China, such as the opening ceremony of the Import and Export Fair (CIIE), the opening ceremony of the Trade in Services Fair (CIFTIS), the Cross-border Electronic Commerce Fair event held in Henan, and the International Political Party Leaders Summit on the occasion of the Centennial of the Communist Party of China.

At the end of 2021, Argentina was one of the first countries to back China as host to the Beijing Winter Olympic Games with the firm posture of non-politicization of sports. Despite the diplomatic boycott of a few countries, President Fernandez was leading the Argentine official delegation sent to the opening ceremony.

His recently concluded official visit, including not only the participation at the opening ceremony of the Beijing Winter Olympics and the accession to the BRI, but the signing of a total of 13 cooperation agreements in diverse matters such as green development, digital economy, space, the BeiDou navigation system, innovation and technology, education and university cooperation, agriculture, public media and nuclear medicine.

To sum up, this important year celebrating 50 years of diplomatic relations between Argentina and China has started with the official visit of our president, demonstrating the long-standing state policy and political will to continue adding milestones to our friendly relationship.