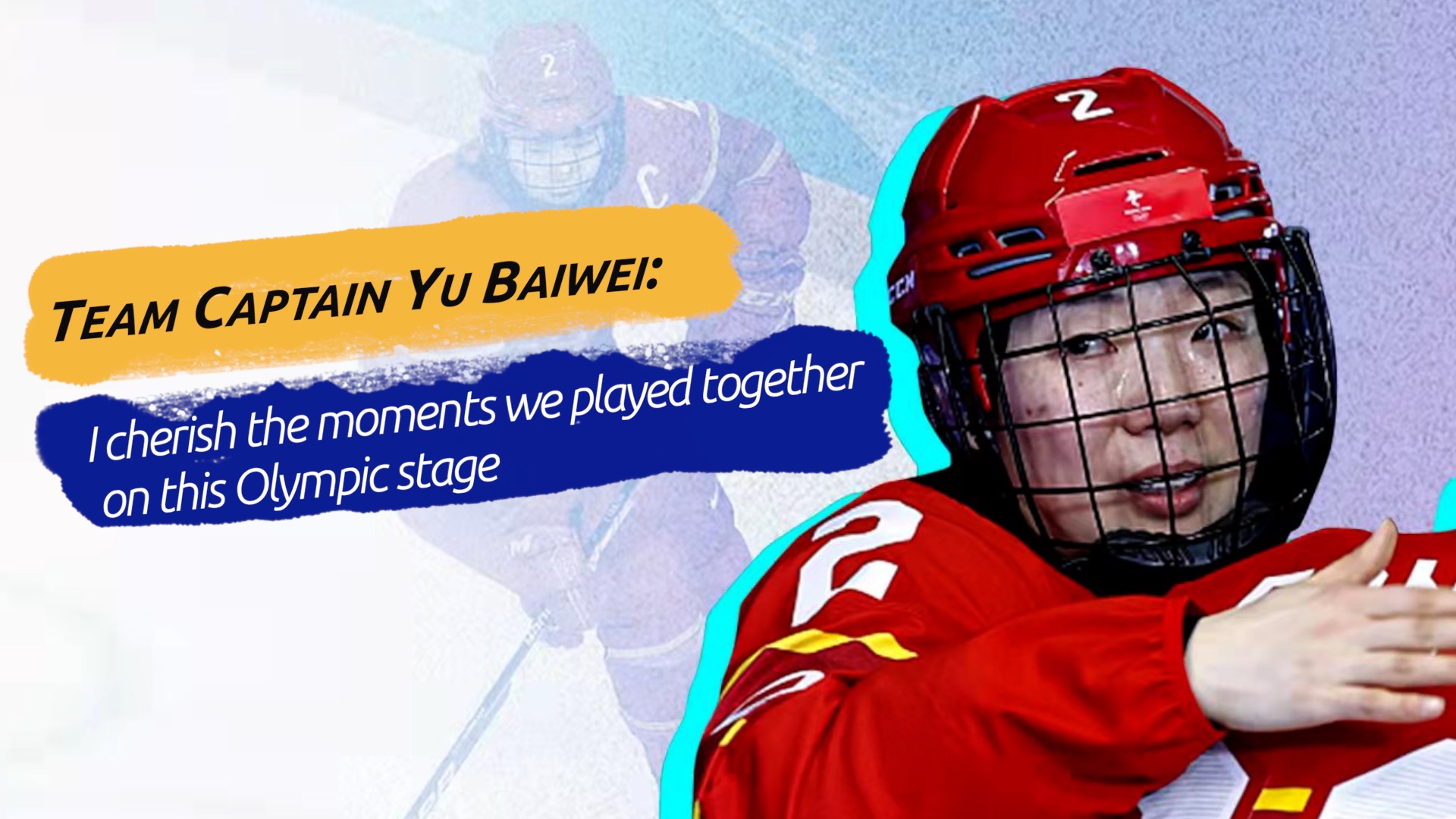 The Chinese national women's ice hockey team left their mark on the Beijing Winter Olympics when they defeated Team Japan in overtime during the preliminary round 2-1.

It was a "David and Goliath" triumph for the Chinese squad, as they clinched the victory coming from a goal down facing the team ranked sixth in the world, while the Chinese squad had not played in the Olympics for 12 years.

Yu Baiwei, captain of the Chinese team, described the team morale before the match in an exclusive interview with CGTN.

"Before it started, I could feel from everyone's eyes and behavior that we were ready and full of strength for this game," she said.

"Just believe in ourselves and fight like fighters when it's time to fight and win the game. I think we did it," Yu added. 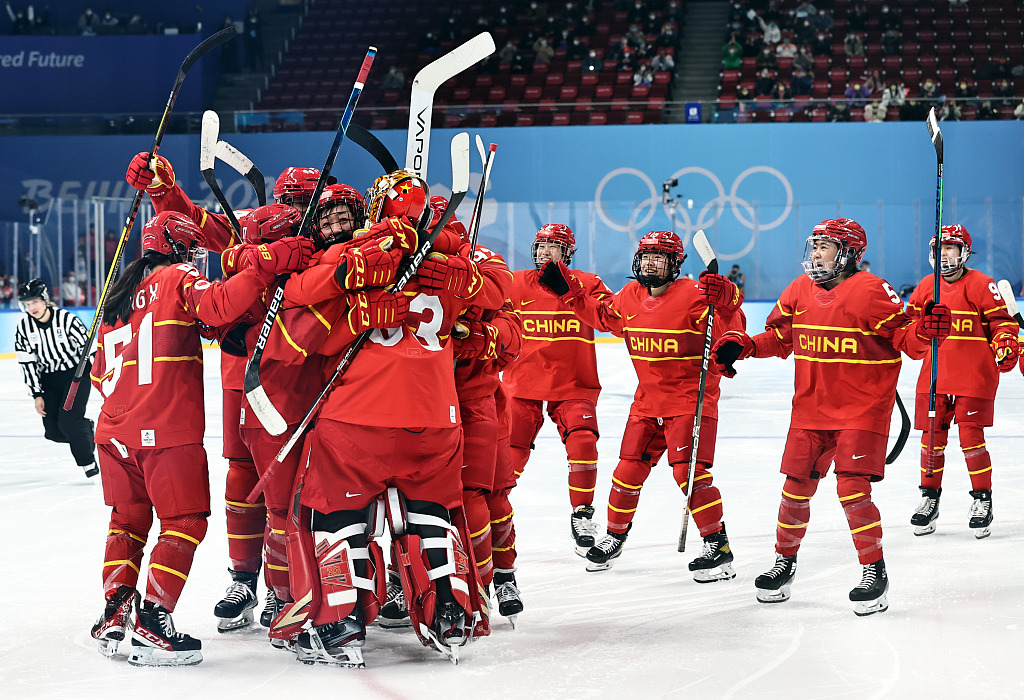 Team China celebrate after defeating Team Japan in the women's ice hockey preliminary round at Beijing 2022 in Beijing, February 6, 2022. /CFP

Team China celebrate after defeating Team Japan in the women's ice hockey preliminary round at Beijing 2022 in Beijing, February 6, 2022. /CFP

It was a long awaited victory for Yu, a 33-year-old hockey veteran, who was first selected into the national team in 2005. Having spent half of her life on this team, she experienced highs and lows as time went by, from finishing seventh in Vancouver 2010, to not being able to qualify for the following two editions of the Games. When the Chinese women beat Team Japan, all the bittersweet memories came back to her.

"As an older player, I couldn't help shedding tears because I had mixed emotions. Happy as I was, I can't describe it accurately. Just a mix of joy and sorrow happened when we felt the efforts that we made had paid off."

For Yu, preparing for the Beijing Games was not easy as she suffered from a ligament injury in November 2021, which kept her off the ice for nearly two months right before the Games.

She had to deal with her own insecurities while not letting it show in front of the younger players, as she was the anchor of the ship, always smoothing the uneasy feelings within the team during competitions.

"What I always convey to them is that nothing is a problem, it doesn't matter, and we are available for them, just don't be afraid," Yu said. 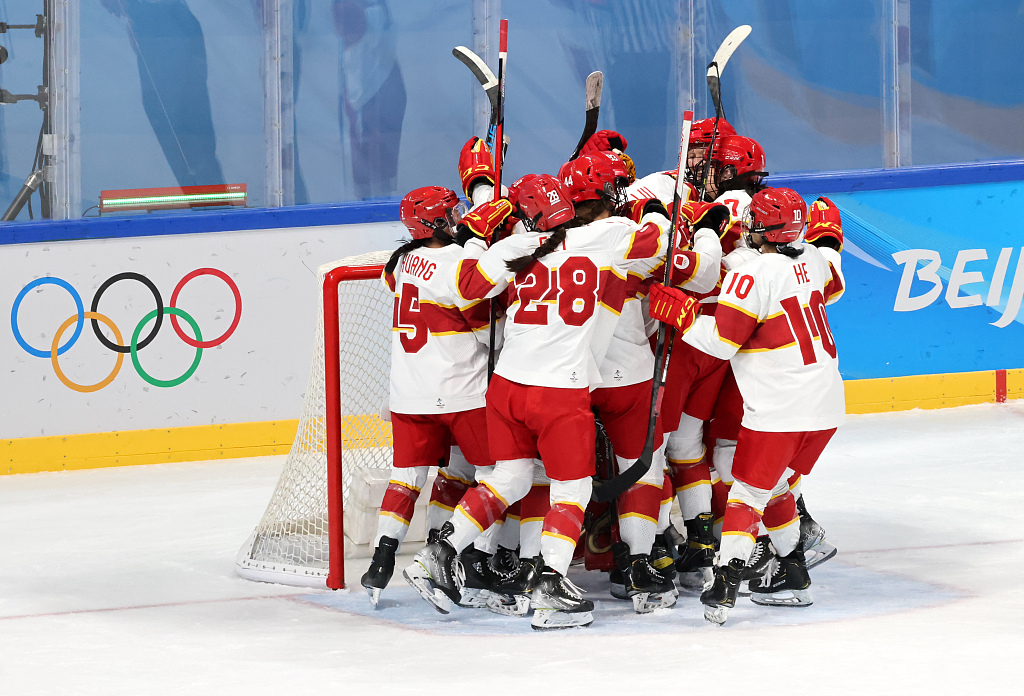 Team China did not enter the quarterfinals in Beijing, but they brought people's attention back to this team, and to this sport in China, as they impressed the audience with hard-fought victories over the Danish and Japanese squads.

When asked what message she would like to send to the people who followed them, she said she hoped the support would last longer as the team is now aiming even higher.

"I thank them for supporting Chinese ice hockey and supporting our women's ice hockey team. I can really feel the power from their enthusiasm," Yu told CGTN.