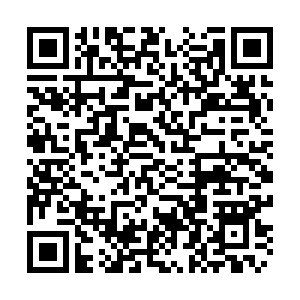 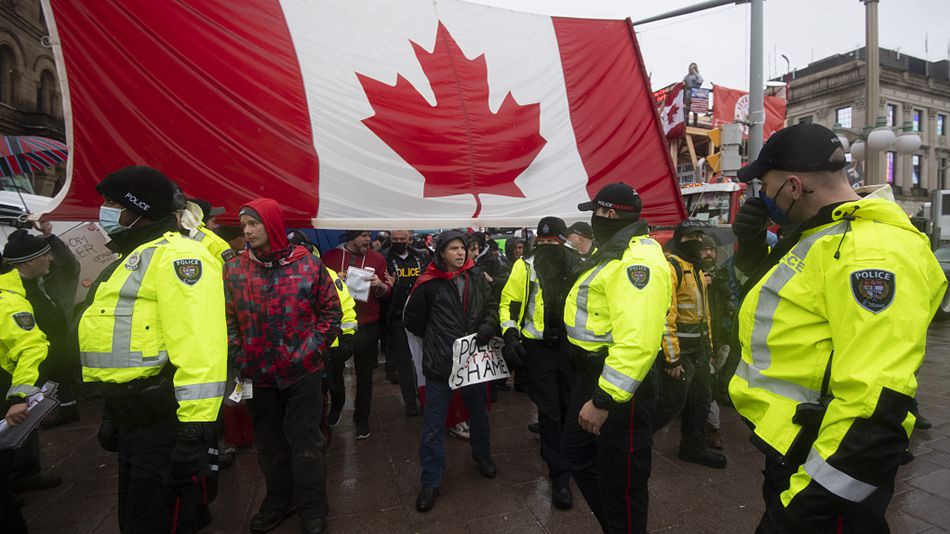 Police are followed by yelling protesters as they attempt to hand out notices to protesters in Ottawa, Canada, February 17, 2022. /CFP

Police are followed by yelling protesters as they attempt to hand out notices to protesters in Ottawa, Canada, February 17, 2022. /CFP

Police pushed into crowds of demonstrators to clear them from the streets of downtown Ottawa on Friday, arresting more than 100 people and hauling away vehicles that had been blocking the capital's core for over three weeks in a protest against pandemic restrictions.

Fearing escalation or violence, Ottawa police had sought to disperse protesters with fines and threats of arrest, but on Friday hundreds of officers moved in despite frigid temperatures and freshly fallen snow, slowly clearing one part of the city.

There were tense moments during the day as some protesters were dragged from their vehicles, and others who resisted the police advance were thrown to the ground and had their hands zip-tied behind their backs.

The protesters showed "assaultive behavior," forcing mounted police to move in "to create critical space" in the late afternoon, according to a police statement. As this happened, one person threw a bicycle at a horse and was arrested for harming a police service animal, police said.

Authorities said it may take days to fully remove the protesters and tractor-trailer trucks that have occupied Ottawa streets since January 28.

"We will run this operation 24 hours a day until the residents and community have their entire city back," said Steve Bell, Ottawa's interim police chief.

At least one military-style armored vehicle was seen downtown, and there were at least eight helmeted officers on horseback. Some officers carried guns and others what looked like tear gas launchers. But as far as is known, no tear gas has been used yet.