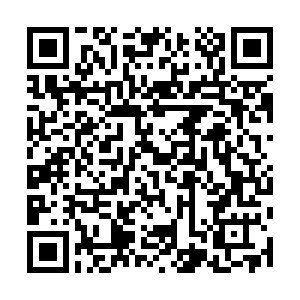 Xi pointed out since China and Argentina established diplomatic ties half a century ago, bilateral ties have made great strides in development with deepening cooperation in various fields.

In the face of the COVID-19 pandemic, the people of the two countries have supported and helped each other in times of difficulty, writing a new chapter of bilateral friendship, he added.

The two leaders met earlier this month in Beijing as Fernandez attended the opening ceremony of the Beijing Winter Olympics and other activities. They also jointly announced the launch of the 2022 Year of China-Argentina Friendship and Cooperation.

Xi said he attaches great importance to the development of China-Argentina relations and stands ready to work with President Fernandez to promote bilateral cooperation to a new level so as to benefit the two countries and their peoples.

For his part, Fernandez said since the establishment of diplomatic relations, the cultural, scientific and technological and economic exchanges between Argentina and China have become increasingly close.

Fernandez said he will continue to work with President Xi to promote cooperation between the two sides and further strengthen the friendship between the two governments and peoples.

In his message, Wang said since the establishment of diplomatic ties 50 years ago, China-Argentina relations have withstood the test of the rapidly changing international landscape, and maintained sound and stable development thanks to the joint efforts of both sides.

Wang said he is ready to work with Cafiero to implement the important consensus reached by the two heads of state and further strengthen communication and coordination between the foreign ministries of the two countries so as to make positive contributions to the development of the bilateral comprehensive strategic partnership.

Cafiero, in his message, said that since the establishment of bilateral diplomatic ties and, in particular, that of their comprehensive strategic partnership in 2014, Argentina and China have always worked together to meet challenges in the face of complex changes in the international situation.

The Argentine foreign minister added that he would like to reiterate the willingness to continue advancing the implementation of the consensuses and agreements reached by the two sides to improve the well-being of the two peoples.