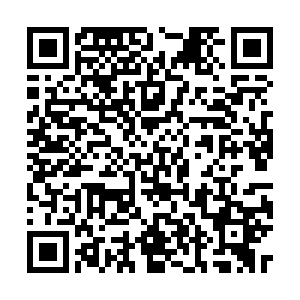 European Union for Foreign Affairs and Security Policy Josep Borrell answers journalists' questions ahead of a Foreign Affairs Council meeting at the EU headquarters in Brussels on January 24, 2022. /CFP

European Union for Foreign Affairs and Security Policy Josep Borrell answers journalists' questions ahead of a Foreign Affairs Council meeting at the EU headquarters in Brussels on January 24, 2022. /CFP

The European Union will not impose sanctions on Russia just yet, the bloc's foreign policy chief said on Monday, rebuffing a call from Kyiv to take such steps now to avert a war rather than wait until after any possible Russian invasion.

Western countries fear a buildup of Russian troops near Ukraine in recent weeks is a prelude to an invasion, which Moscow denies. The United States and European allies have said any attack would trigger "massive" sanctions against Moscow, but Kyiv wants sanctions now.

"We believe that there are good and legitimate reasons to impose at least some of the sanctions now to demonstrate that the European Union is not only talking the talk about sanctions, but is also walking the walk."

The EU ministers backed plans announced last month for a 1.2 billion euro financial aid loan package for Ukraine, and also agreed in principle to a long-standing Ukrainian request for a small-scale mission of military instructors to help train officers.

But the EU's foreign policy chief Josep Borrell, as well as some of the assembled foreign ministers, made clear the bloc did not plan to impose sanctions on Russia yet. Borrell told reporters he would convene an extraordinary EU meeting to agree sanctions only "when the moment comes".

For now, the EU supports the latest attempts to arrange further talks, Borrell said, after France said U.S. President Joe Biden and Russian President Vladimir Putin had agreed in principle to a summit over Ukraine.