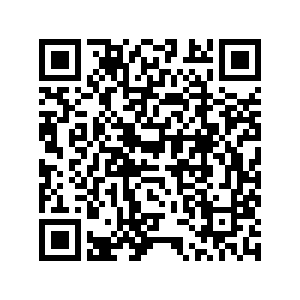 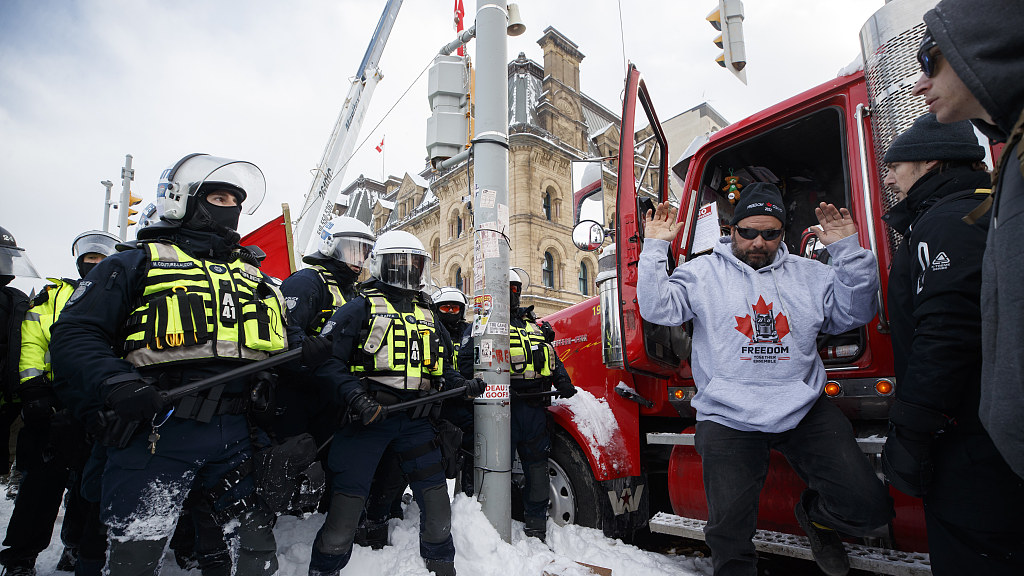 A man steps out of a truck as police move in to clear downtown Ottawa near Parliament Hill of protesters, February 19, 2022. /CFP

A man steps out of a truck as police move in to clear downtown Ottawa near Parliament Hill of protesters, February 19, 2022. /CFP

Over a hundred protesters in Ottawa were arrested and dozens of trucks towed after Canadian Prime Minister Justin Trudeau invoked the Emergencies Act for the first time in the country's history. The truckers-led "Freedom Convoy" protest, which has occupied the streets around the Parliament Hill for three weeks, is crumbling in the face of growing pressure from authorities.

Originally formed in opposition to the vaccine mandate for truck drivers crossing the U.S.-Canada border, the "Freedom Convoy" evolved into a grand-scale protest made up of not just truckers, but people from all walks of life who are frustrated with COVID-19 restrictions in general. At its peak, as many as 18,000 people joined the protests, as estimated by the Ottawa Police.

Different media outlets pushed contrasting narratives of the event, exaggerating information to fit into their own political agendas. Left-leaning or pro-liberal news agencies focused on reporting the disturbance caused by the protesters while dismissing their legitimate concerns. Conservative media, on the other hand, defended the protesters' freedom of choice while ignoring their misconducts. 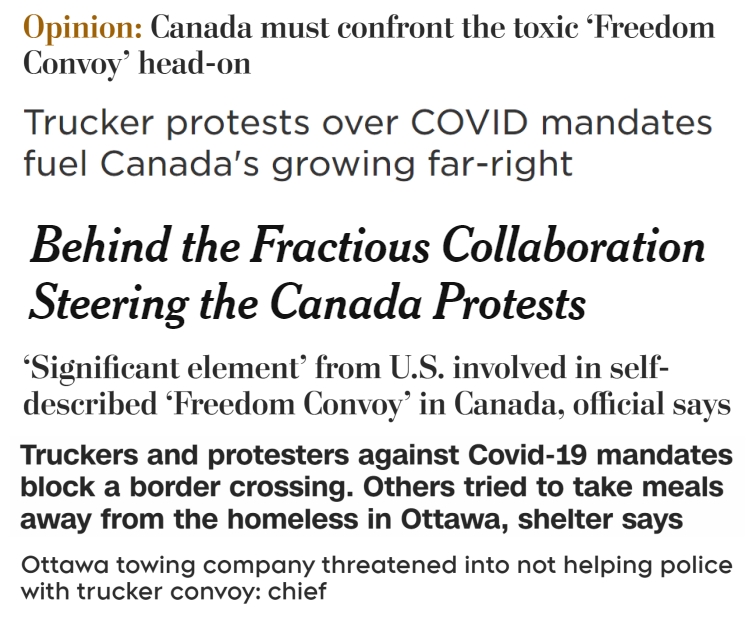 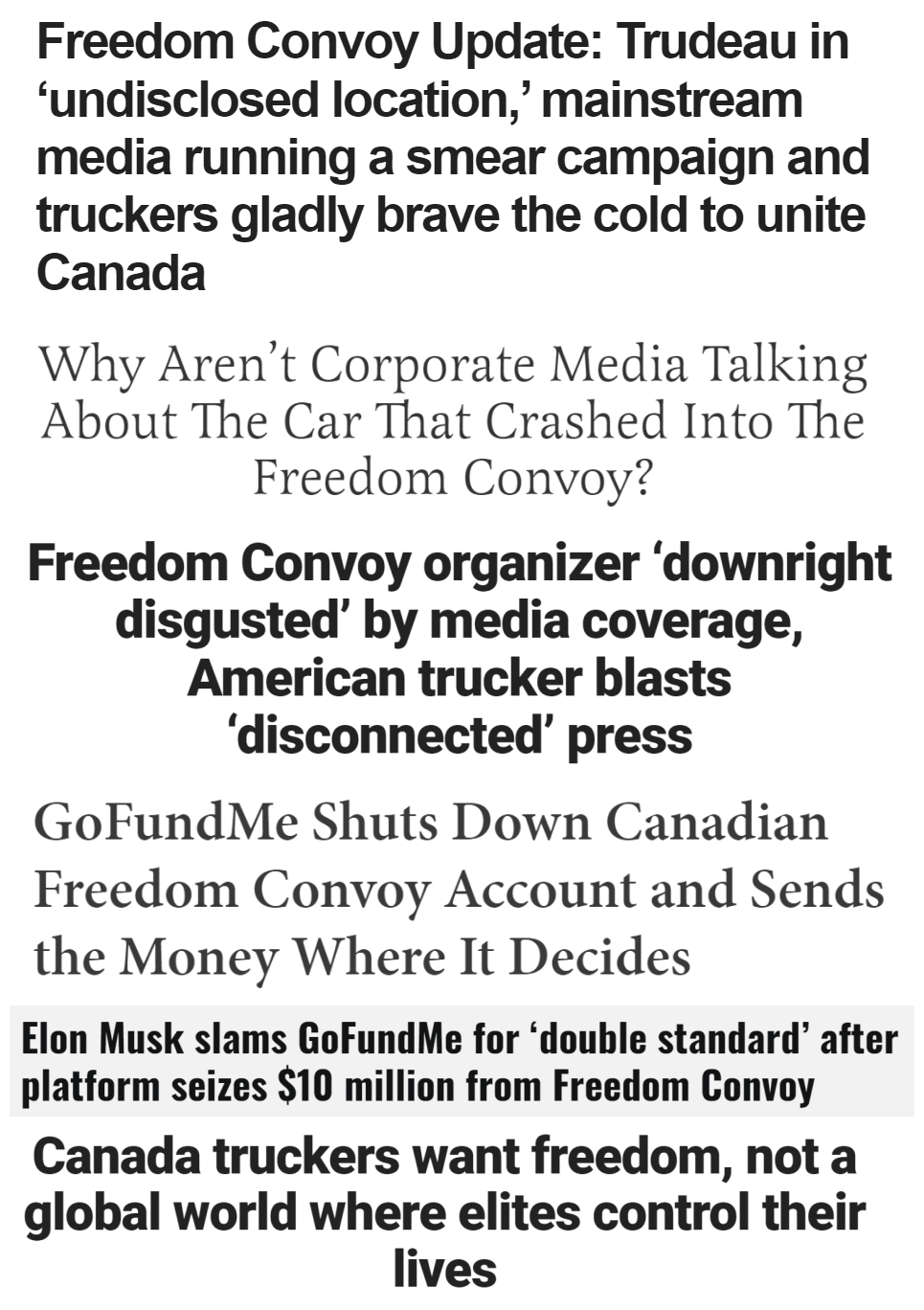 Voices condemning the protesters came loudest from Ottawan residents, whose livelihoods were largely disturbed by the rallies. By besieging the Parliament Hill, which resides in central Ottawa, traffic in the city was severely paralyzed, affecting local businesses. Hours of daily horn-honking and constant diesel fumes became a torture.

What made the protesters even less welcomed were the misbehavior of some extremists among them. Mask-wearers in the city were reportedly harassed and intimidated. Nazi and Confederate flags were seen fluttering from some of the trucks. Fed-up residents carried out counter protests to urge the protesters to leave the city, holding signs reading "Science Doesn't Care About Your Beliefs," "This is Our City," and "Bullies Go Home," among others.

According to Trudeau, over 90 percent of the Canadian truck drivers, and close to 90 percent of the population, are vaccinated. As the convoy was still on its way to Ottawa on January 27, Trudeau condemned the truckers in a news conference, calling them a "small, fringe minority holding unacceptable views" who "do not represent the views of the Canadians."

Not a 'fringe minority'

Leger, the largest Canadian market research and polling company, conducted a web survey with a sample of 1,546 Canadians on their opinion of the truckers' convoy.

The convoy's GoFundMe page, started on January 15, raised more than CA$10 million ($7.9 million) in 20 days, before the platform shut down the page and seized the money due to "police reports of violence and other unlawful activity" in the protest. The money was later refunded to the donors.

Despite the residents' complaints, however, most of the protest remained a peaceful sight.

In areas the protesters resided, the atmosphere seemed almost homelike: Supporters from all over the country brought food and supplies; people cooked fresh meat on grills and smokers; children played hockey in the streets and jumped on portable bouncy castles; stages were set up with complete light and sound systems, where concerts were held daily. 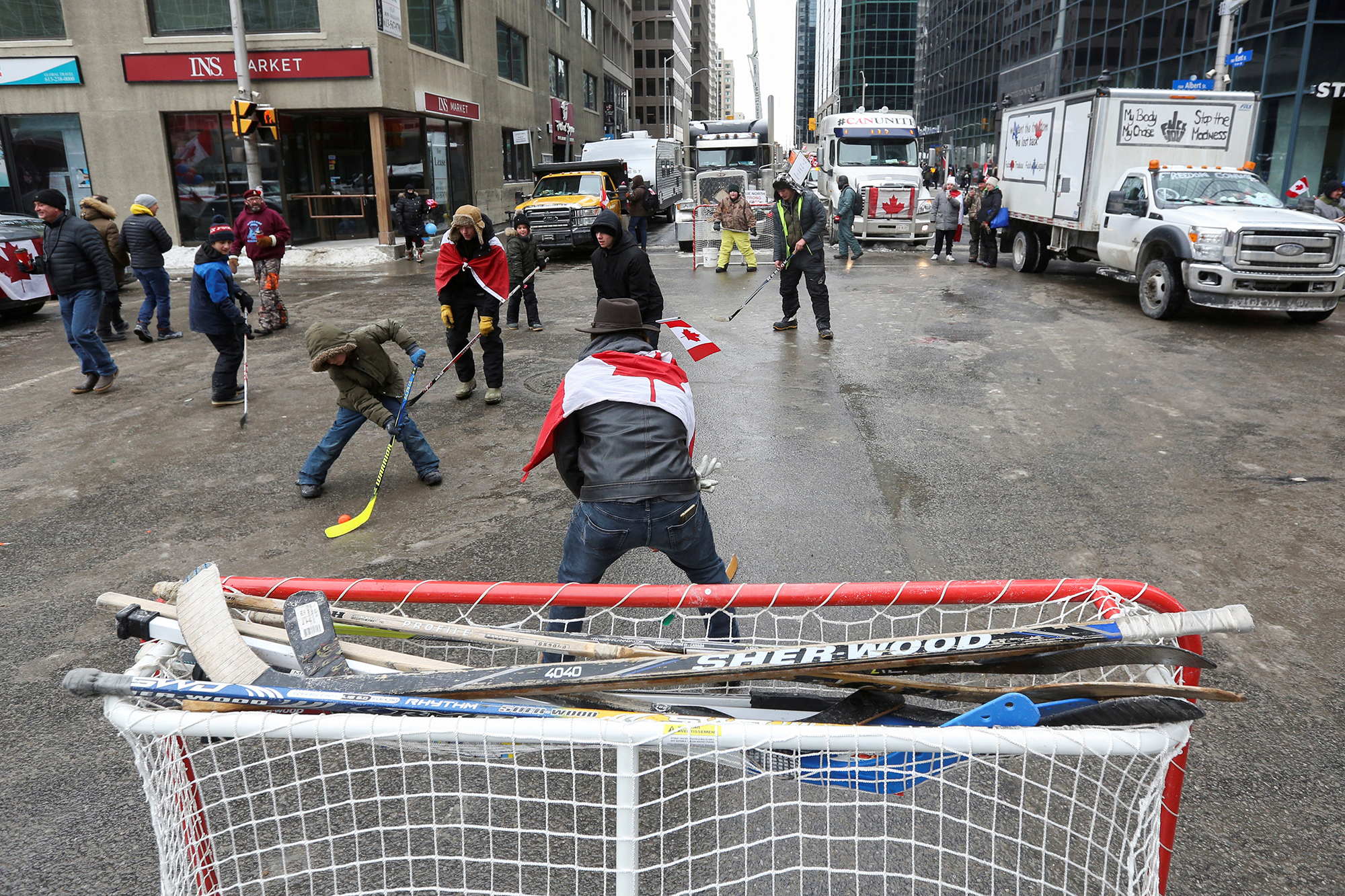 Kim Berly, a supporter of the truckers who flew in from northwestern Ontario's Thunder Bay, accused Trudeau of double standards in his handling of the situation.

"He (Trudeau) let Black Lives Matter burn down buildings, set fire to stuff and he never stopped that. So why would he stop a peaceful protest?" Berly went on as she pointed around her. "They're feeding everybody. The homeless have been here at night, they're feeding them burgers; they're cooking breakfast over here; there're kids playing soccer... Where's the harm here other than it's blocking some streets?"

"Be a man, come here and do what you were elected to do," Berly called on Trudeau, who was evacuated from his home and moved to a secret location as hundreds of trucks rolled into the capital on January 29. He has refused to negotiate with anyone involved in the protests.

Why the unrest now?

In fact, Canada has one of the highest vaccination rates in the West, with a much lower death rate than its southern neighbor. The Canadians had been very compliant with the government's COVID-19 restrictions. But according to Kerry Bowman, professor of bioethics and global health at the University of Toronto, the public's patience is running thin after two years.

"When you talk to a lot of Canadians, they don't feel the mandate is justifiable at this point," Bowman told CGTN.

Another factor that contributed to the current rift among Canadians, Bowman thinks, is the rivalry between the country's two dominant political parties, the Liberal and the Conservative.

Less than three weeks ago, the then leader of the Conservative Party, Erin O'Toole, was ousted in a vote by his own party members for his political approach that was seen as moderate and center-leaning. The party wanted a strong leader who poses a greater challenge to the Trudeau government, and they chose Candice Bergen, member of Parliament for Portage – Lisgar. Upon taking over as interim leader, Bergen took a clear stance on the protests, giving full support to the "Freedom Convoy."

The fierce political battle is not new. The Liberal, as the current ruling party of Canada, has been "insulting and demonizing what was, to some extent, legitimate political action and discourse," Bowman said in a previous interview with Al Jazeera.

With Trudeau activating emergency powers to shut down the Ottawa protests, tensions between the two parties further intensified.

Amid heated exchanges in a regular parliament session on February 16, Trudeau accused the conservatives of standing with "people who wave swastikas." Bergen returned personal attacks on Trudeau regarding his past, calling him "the man who wore blackface more times than he can remember," referring to controversial pictures and videos of Trudeau wearing blackface makeup in his early years. 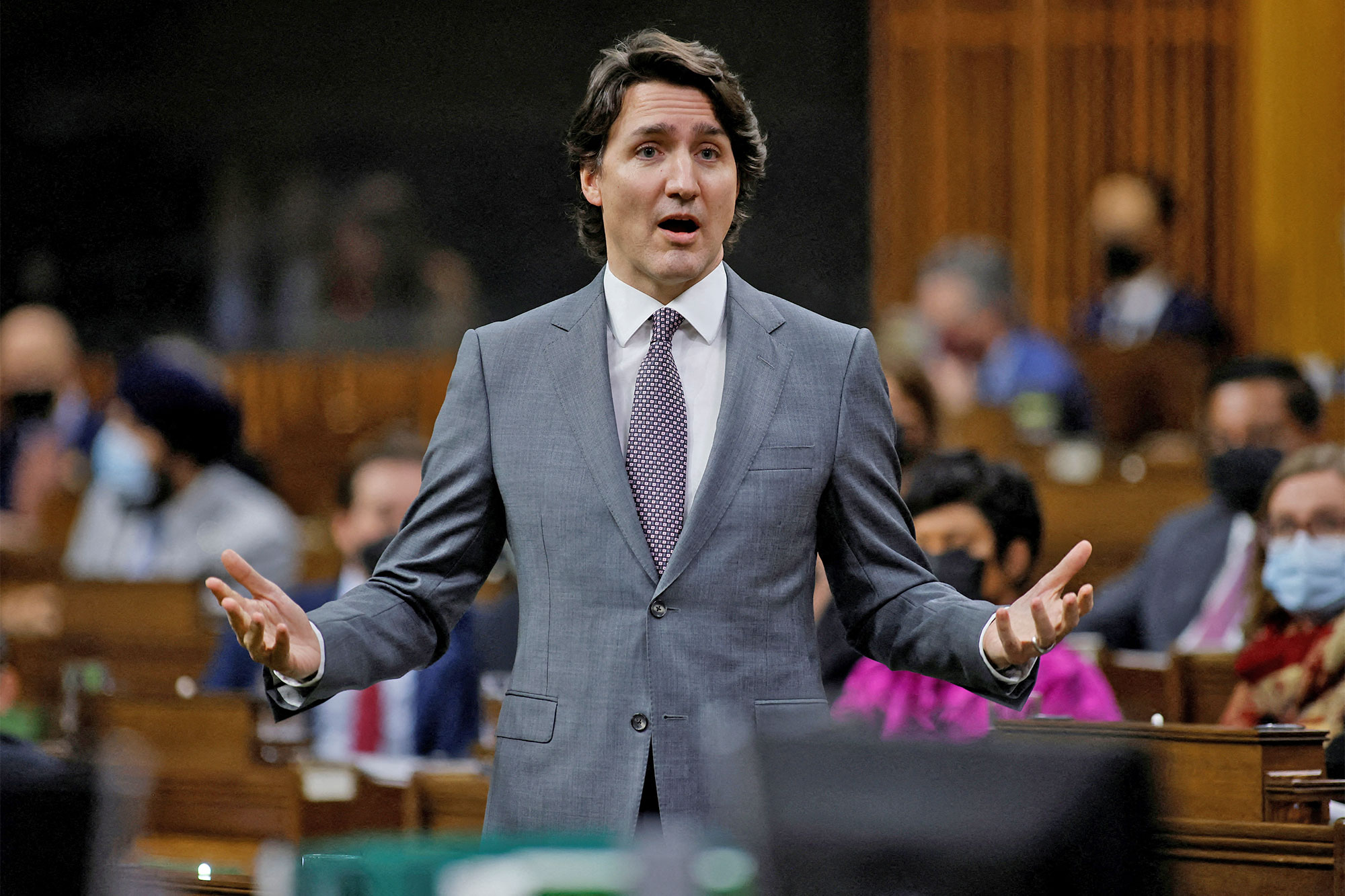 Canadian Prime Minister Justin Trudeau speaks during the questioning period in the House of Commons on Parliament Hill, February 16, 2022. /Reuters

Canadian Prime Minister Justin Trudeau speaks during the questioning period in the House of Commons on Parliament Hill, February 16, 2022. /Reuters

Members within the government are also aware of the growing division in the country. Joel Lightbound, a liberal MP for Louis-Hebert, believes the turning point that led to the current political polarization was during the last election campaign in 2021. The tone and rhetoric of the Liberal Party has since made an aggressive turn.

"From a positive and unifying approach, a decision was made to wedge, to divide and to stigmatize," Lightbound spoke to the press at a news conference he held on February 8, where he criticized his own party and said his views are shared by many within his ranks.

"I fear that this politicization of the pandemic risks undermining the public's trust in public-health institutions. This is not a risk we ought to be taking lightly."