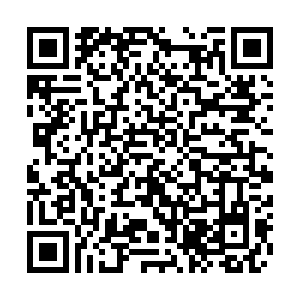 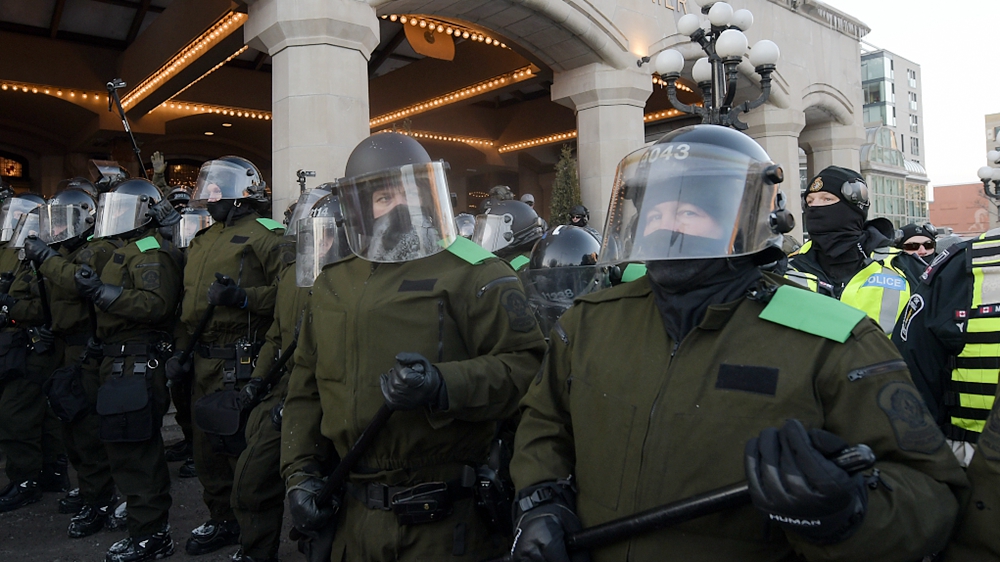 The last big rigs were on Sunday towed out of Canada's capital, where the streets were quiet for the first time in almost a month after a massive police operation ended a drawn-out siege by protesters opposing COVID-19 health rules.

A major clean-up was underway in Ottawa's snowy downtown, where police in riot gear had faced off with trucker-led demonstrators for two full days, finally driving them out of their protest hub outside parliament.

"I'm very happy to have my city back," said Jeff Lindley, who lives and works downtown. Ottawa interim police Chief Steve Bell told media at a news conference, "many of the unlawful protesters are gone."

But he added, "We're not done this operation yet," explaining that authorities were on watch to "make sure that nobody returns to occupy our streets again."

Early Sunday, police were manning checkpoints restricting access to a 200-hectare downtown area while a sizable force remained on standby to defend the ground reclaimed from the truckers.

Ottawa police issued a reminder that the core area remains off-limits except to residents and workers and advised any remaining protesters to leave or risk arrest. 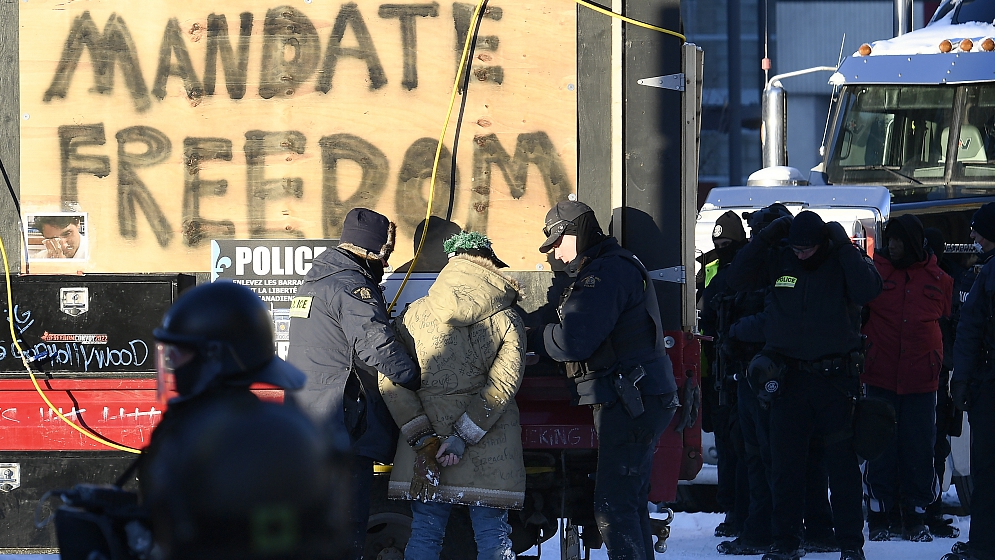 Police officers take a protester into custody as police take action to put an end to the Freedom Convoy protest in Ottawa, Ontario, Canada, February 18, 2022. /CFP

Police officers take a protester into custody as police take action to put an end to the Freedom Convoy protest in Ottawa, Ontario, Canada, February 18, 2022. /CFP

Bell said four people had been arrested inside the security zone, bringing the total to 191, including protest leaders, since police moved in on Friday.

He said 79 vehicles had been towed out of the city center that has been paralyzed since January 29, when hundreds of trucks, RVs and other vehicles parked there in protest.

Meanwhile, crews took down the last tents, food stands and other makeshift structures erected by demonstrators and cleared snow from streets in preparation for local businesses to reopen.

For the first time since the big rigs drove into the capital, Ottawa residents were not awakened by the incessant honking that had become a staple of the protests.

Many protesters refused to admit defeat after being dislodged and said they would keep pressing their cause.

"The protest will go on forever in my heart," Nicole Craig said as she headed home Saturday evening.

The convoy began a month ago as a protest against mandatory COVID-19 vaccines to cross the U.S. border. It has inspired copycats in other countries, with Washington girding for a possible trucker protest to coincide with next week's State of the Union address by President Joe Biden.