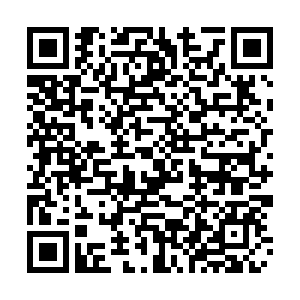 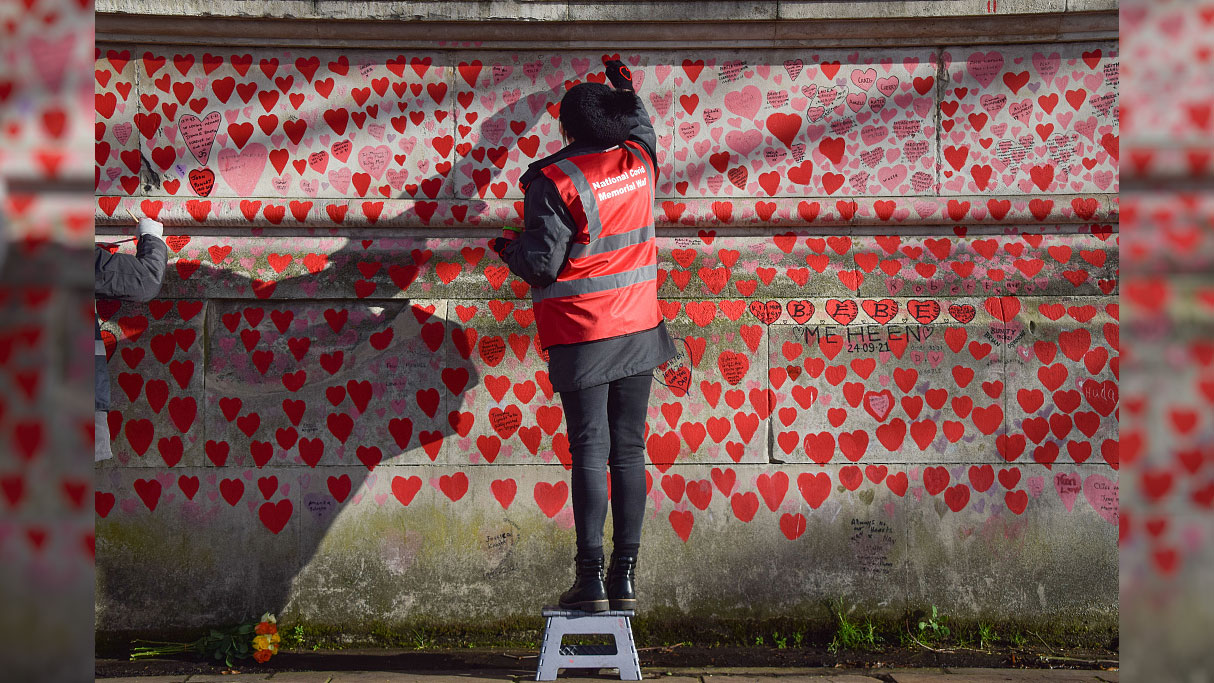 A volunteer paints red hearts on the National COVID Memorial Wall, one for each life lost to COVID-19, London, UK, February 4, 2022. /CFP

A volunteer paints red hearts on the National COVID Memorial Wall, one for each life lost to COVID-19, London, UK, February 4, 2022. /CFP

British Prime Minister Boris Johnson will on Monday set out plans to scrap coronavirus restrictions as part of a "living with COVID" strategy that aims to achieve a faster exit from the pandemic than other major economies.

As Europe retains social distancing and vaccine rules, Johnson will announce the repeal in England of any pandemic requirements that impinge on personal freedoms, such as self-isolating when positive.

Just a day after Queen Elizabeth tested positive for the virus, Johnson is also expected to scrap free COVID-19 tests due to the cost, despite warnings from medics and scientists that it will leave the country vulnerable to a new variant.

"Today will mark a moment of pride after one of the most difficult periods in our country's history as we begin to learn to live with COVID," he said before making a statement in parliament.

It is not yet clear if the new rules will apply to England or all the UK, but the first minister of Wales made clear on Monday he did not agree with the direction, describing any change to testing as "premature and reckless."

"Testing has played a pivotal role in breaking chains of transmission and as a surveillance tool helping us detect and respond to emerging variants," Mark Drakeford said. "It's essential that this continues."

The devolved administrations of Scotland, Wales and Northern Ireland have set their own COVID-19 restrictions.

The government said it would retain some surveillance systems and plans for contingency measures if a new variant appears, after British scientists detected earlier variants.

Under the plans, which have been in the works for weeks, Britain will become the first major European country to allow people who know they are infected with COVID-19 to freely use shops, public transport and go to work.

In a sign of possible disagreement over the steps, a government source said a meeting of Johnson's top ministers had been delayed. Local media said the health and finance ministers had clashed over the funding of some measures, but the source said the meeting would go ahead later in the day.

Removing legal requirements to self-isolate and replacing them with voluntary guidance would bring COVID-19 protocols into line with how Britain treats most other infections.

Britain's toll of more than 160,000 fatalities within 28 days of infection is the second highest in Europe after Russia's, and the country's most comprehensive COVID study says one in 20 people had the virus in England in its latest data.

Johnson has said he does not want people to "throw caution to the wind" but the vaccine rollout means the government wants to move from state mandating to encouraging personal responsibility. Among adults, 81 percent have been boosted in England.

Medical leaders have urged Johnson not to be "gung-ho" with the nation's health, and government advisers have said dropping restrictions could lead to rapid epidemic growth.

Scientists say it is unclear how quickly human behavior will change, however, after the vast majority continued to avoid busy areas and wear masks even after previous rules were eased.

Putting the onus on employers to set isolation rules and requiring people to pay for tests could also hit the poorest hardest because they are often in jobs that involve the most interaction with colleagues or customers.

So far, the government has sought to keep the economy open by combining mass rapid testing with a legal requirement for five days of self-isolation, an approach that enabled the country to navigate the highly transmissible Omicron variant.