Download
What example did Rams and Bucs set for NFL teams?
CGTN 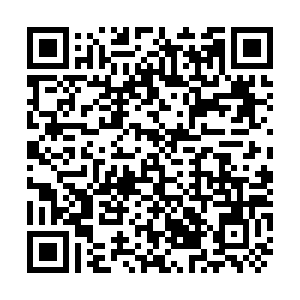 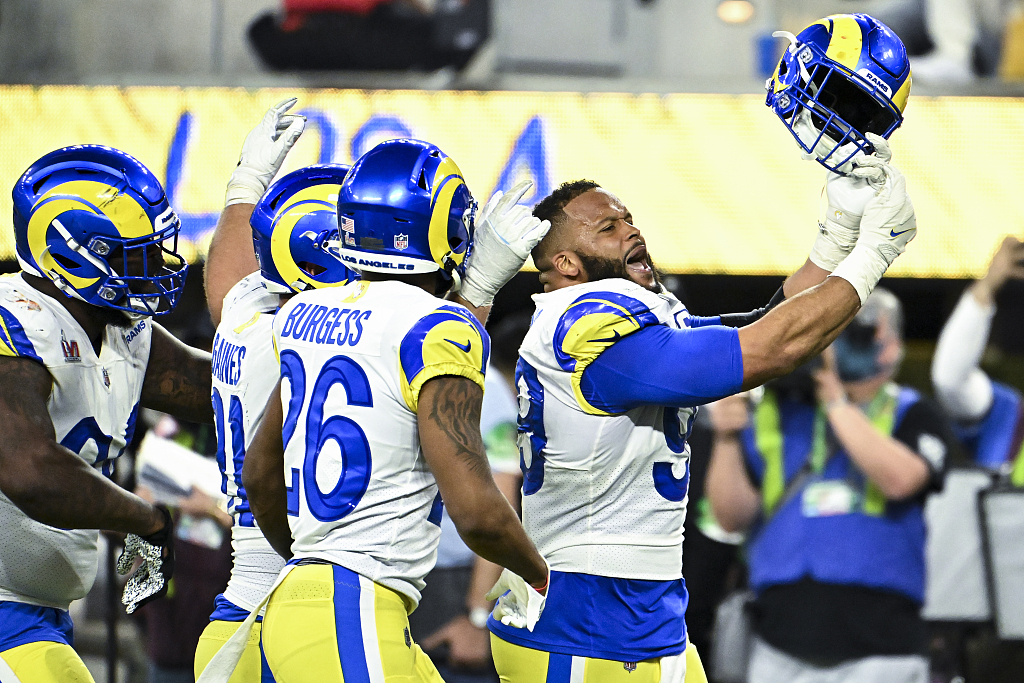 When the Los Angeles Rams and Tampa Bay Buccaneers won the title in Super Bowl LVI and Super Bowl LV in the past two seasons, they set a very extreme example for the rest of the NFL teams. Instead of building a franchise via drafting, regular trades and other traditional methods, the Rams and Bucs succeeded through betting the future and everything else on blockbuster deals and signings.

The Rams gave away almost all the available assets in the past two seasons to acquire Matthew Stafford, Von Miller Jalen Ramsey, Odell Beckham Jr. and other players that could help the team "win at the moment." However, they didn’t wait long before turning their fantastic lineup on paper into a true champion franchise.

"If there's one thing that sums up the way we're trying to do things right now – if you're trying to be one [the best] of 32 [teams], maybe we need to do things a little differently than the other 31," Rams general manager Les Snead said to New York Post.

While the Rams are still celebrating with the Vince Lombardi Trophy, their front office fully understands that the team won't have any first-round draft pick until 2024. They have over $14 million of salary space, which, however, is far from enough to keep Miller, Beckham Jr. and other key players from entering the free-agent market, not to mention that their defensive ace Aaron Donald may retire. 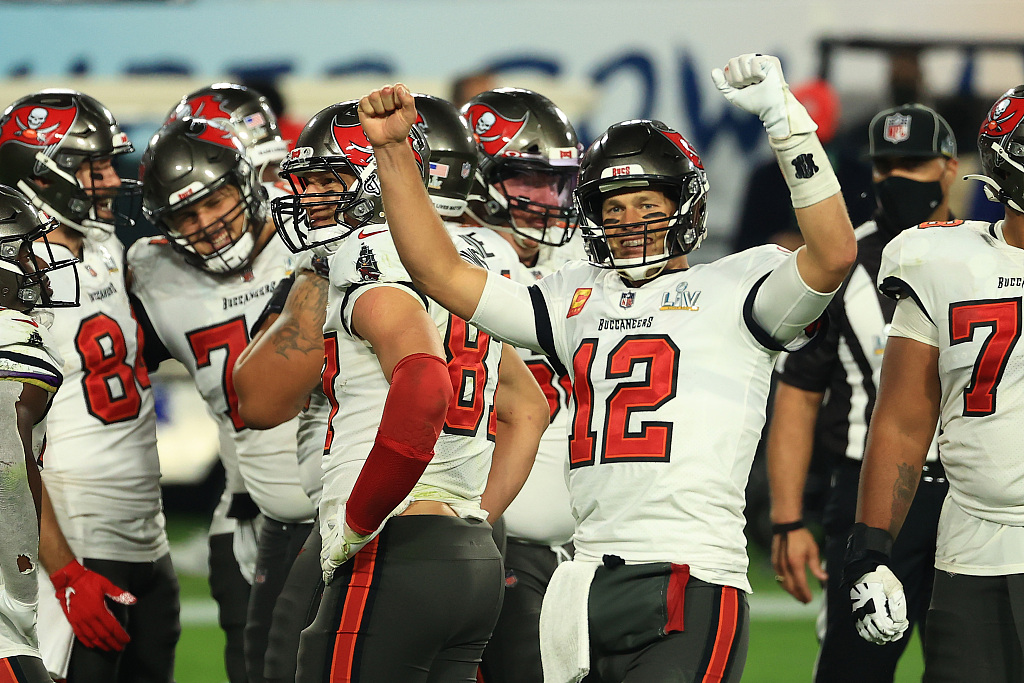 Lack of young blood for future development is one thing. Rookie contracts, which play an essential role in balancing the team's payroll, will be unavailable for the Rams for years. Since the NFL uses a hard salary cap, the team will have a hard time doing mathematics to keep their salary number below the line.

The Bucs, which the Rams knocked out in the National Football Conference division game, are not in any better situation. Tom Brady retired while a lot of their key members decided to go to the free-agent market. However, the Bucs still only have about $3 million of salary space and no idea which quarterback will start for them in the new season.

That's why the rest of the teams should really think twice before following the example of the Rams and the Bucs. And if the future challenges for the two aren't enough, other teams could also search for wisdom in history. For example, the Philadelphia Eagles signed big contracts to land Nnamdi Asomugha, Jason Babin, Dominique Rodgers-Cromartie and multiple other high-profile players in the 2011 summer. Instead of rising to the top, they finished the regular season with an 8-8 record. The following season ended even worse at 4-12. Coach Andy Reid lost his job after the 2012 season. 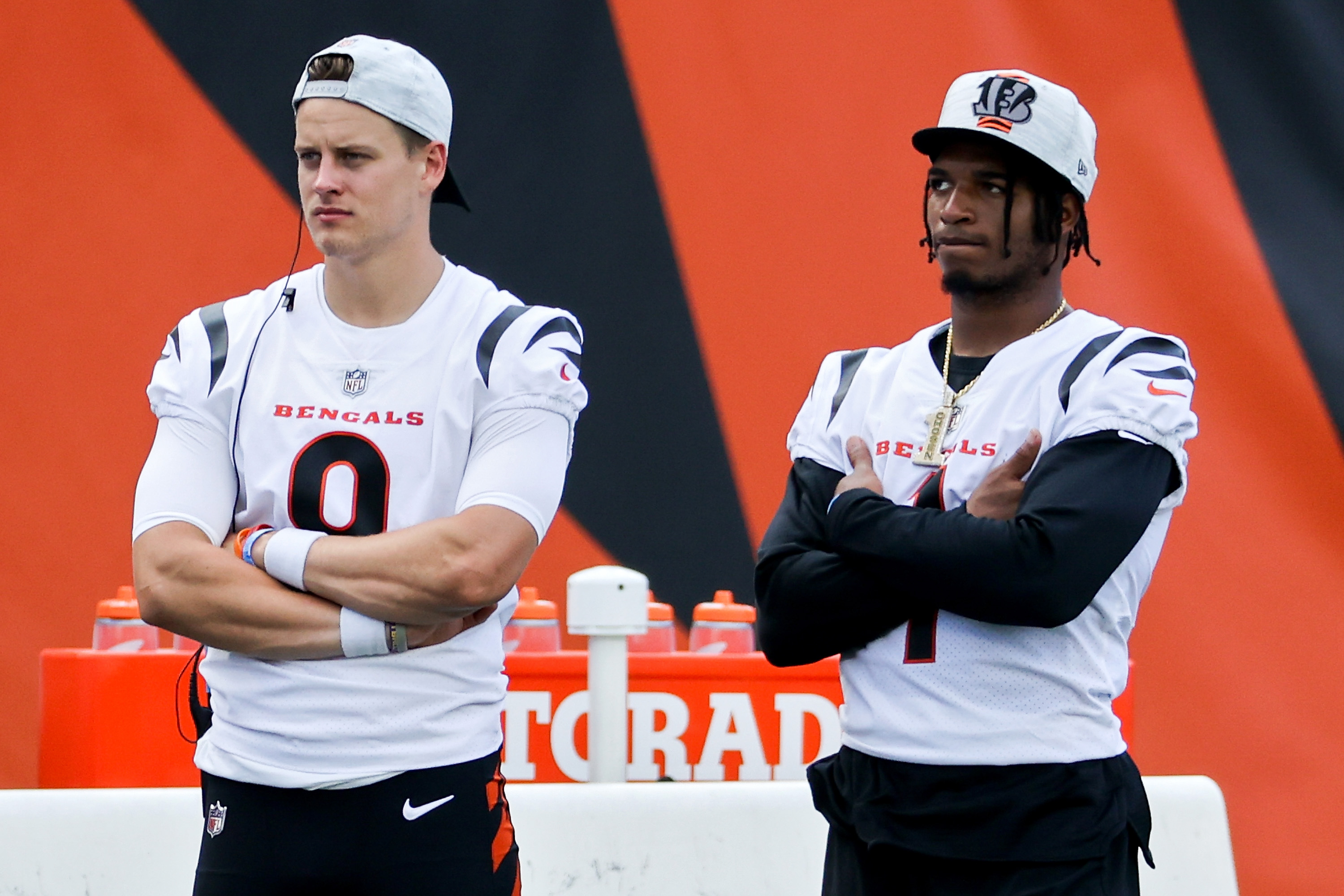 The Indianapolis Colts invested similar efforts in 2015 by acquiring Andre Johnson, Frank Gore, Trent Cole and several other veterans. Though the team looked much improved on paper, they missed the playoffs with an 8-8 record that season and continued to grow older in the following years. Colts general manager Ryan Grigson lost his job after the 2016 season.

Mortgaging the future for winning at the present is not the only way to succeed for an NFL team. The Cincinnati Bengals became the biggest dark horse this season with second-year quarterback Joe Burrow and first-year wide receiver Ja'Marr Chase.

Therefore, teams need to ask themselves two questions before introducing the model of the Rams and the Bucs: Are you nothing but desperate? Are you ready to live the consequences if you fail?