Download
After Bloomberg 'deeply regrets the error,' do the Western media still owe China for its inaccurate reports?
Cartoon 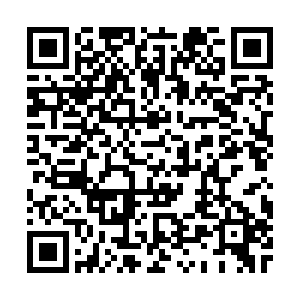 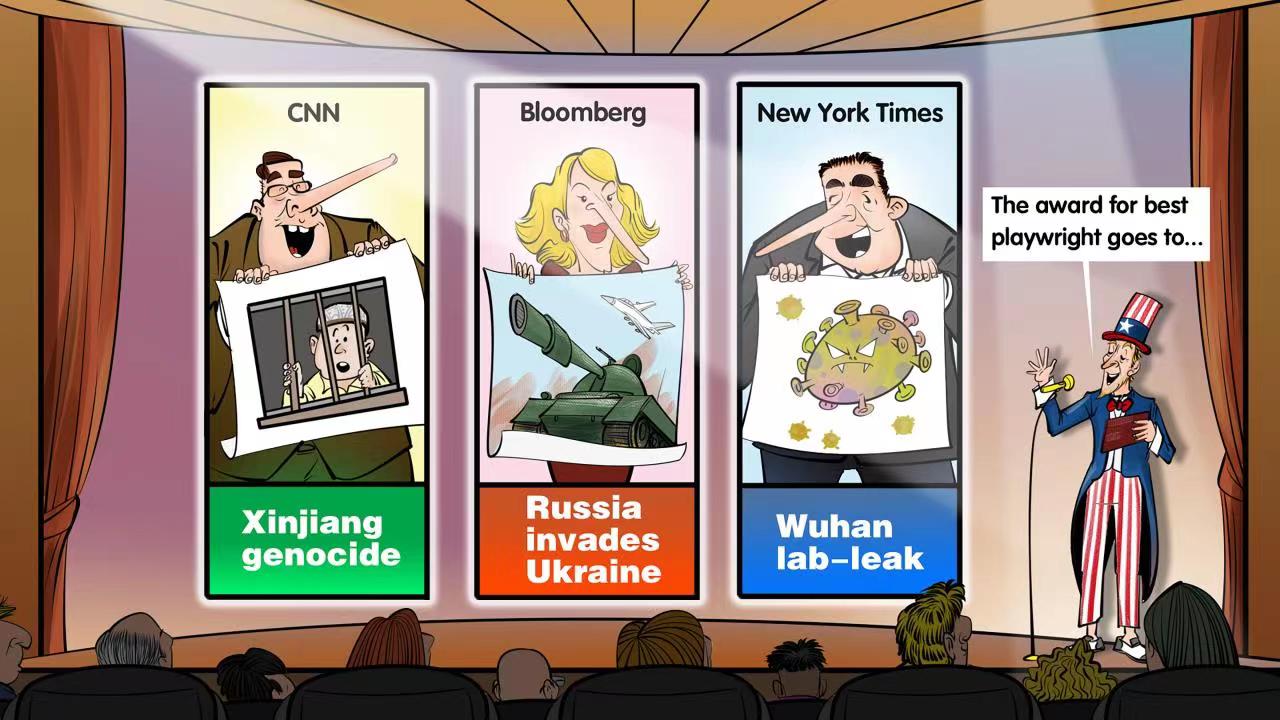 As Russia-Ukraine tension has escalated in recent days, some Western media, especially in the U.S. and the UK, have been hyping the "Russia invades Ukraine" narrative and have even predicted the exact moment at which the "Kremlin is set to attack."

However, Russian President Vladimir Putin has declared repeatedly that his country does not want war with Ukraine, and he does not understand why the U.S. president "knowingly gave false information on the invasion of Ukraine."

But the U.S. and UK governments refuse to believe, being convinced that Russia is committed to attack. When the Western media were joined by multiple governments in disseminating misinformation, it should come as no surprise that Russian Presidential Press Secretary Dmitry Peskov announced that the Kremlin may replace "fake news" with "Bloomberg News" after the latter apologized for its "inadvertently" publishing a "Russian invasion" headline. 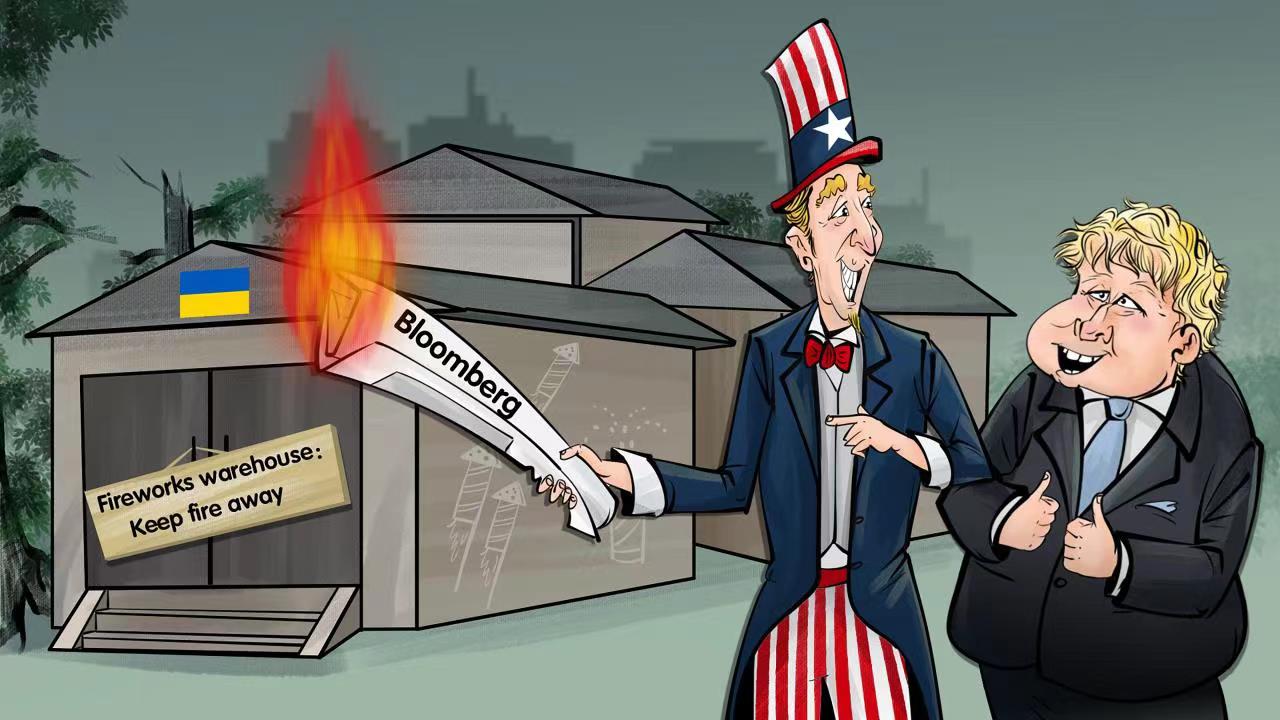 Malicious misinformation and fabricated stories have long been tricks of the U.S. government's trade in co-opting media to create international tension in order to further its interests. For instance, on Xinjiang, the U.S. government never provided any evidence, apart from a few unidentified "victims" located by the media, to support its allegations of so-called forced labor and genocide. 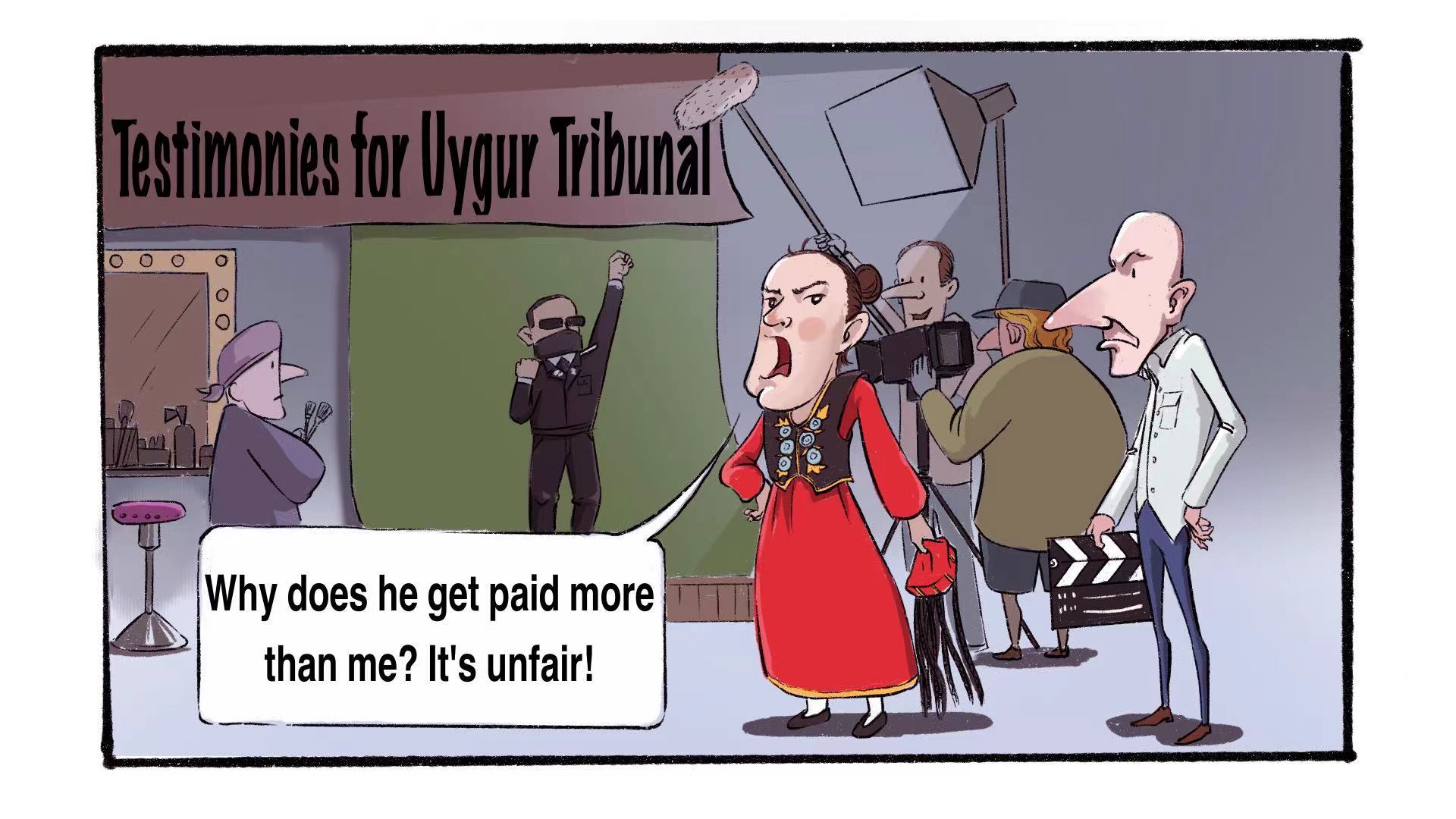 In fact, with the implementation of the Chinese government's employment promotion and welfare policies, the people of Xinjiang have experienced marked improvements in their standard of living, yet in most Western media reports, they continue to exist in "dire conditions." 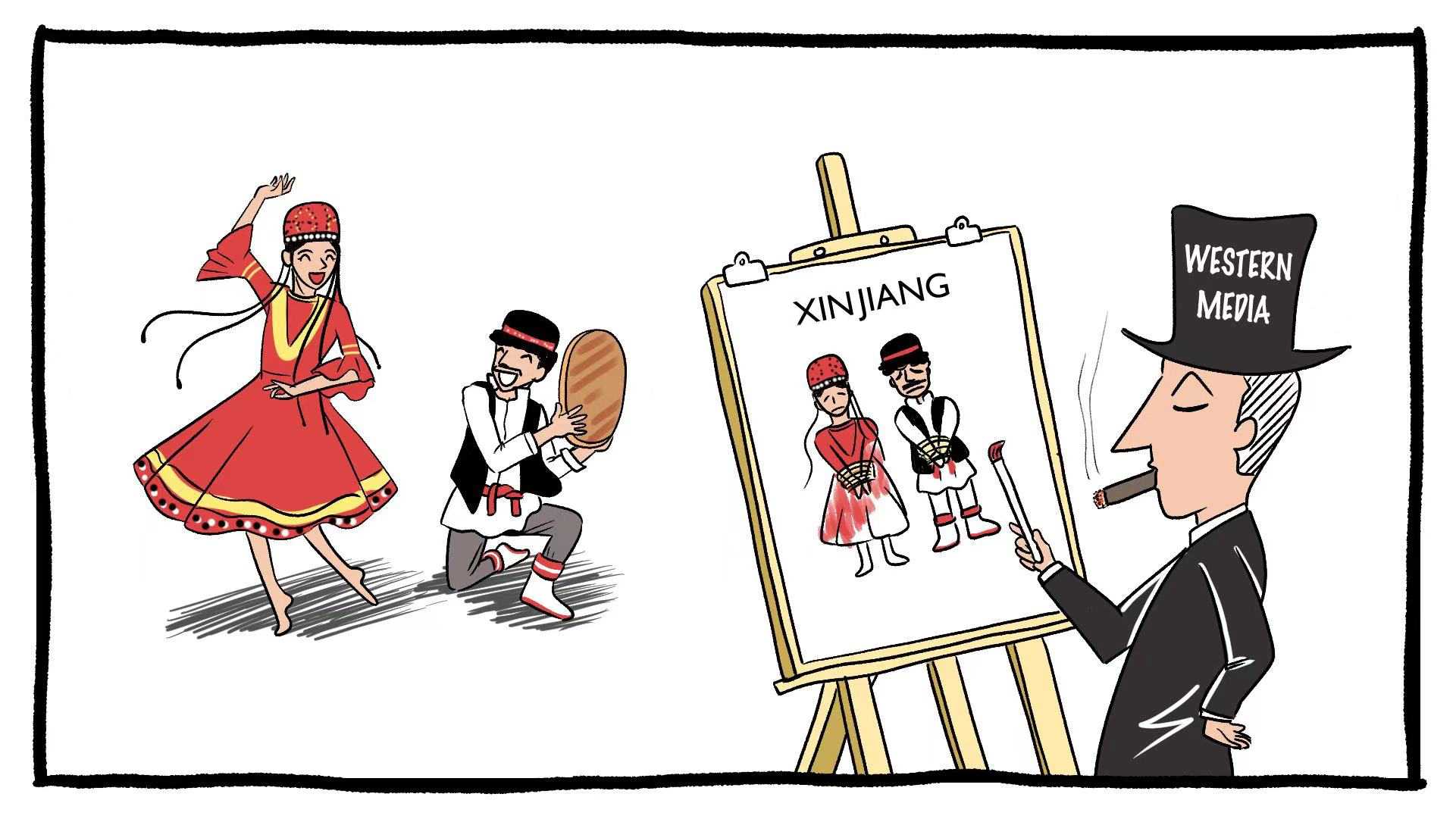 On COVID-19 origins tracing, Western media – and in particular, U.S. media – have spared no effort in conducting the "Wuhan lab-leak" disinformation campaign, even ignoring the World Health Organization's conclusion that it is "very unlikely that the coronavirus leaked from the laboratory," and going so far as to distort expert testimony by falsely claiming that China had refused to share key data. They fed the hype and pieced together information used by U.S. politicians to manipulate the virus origins-tracing issue. 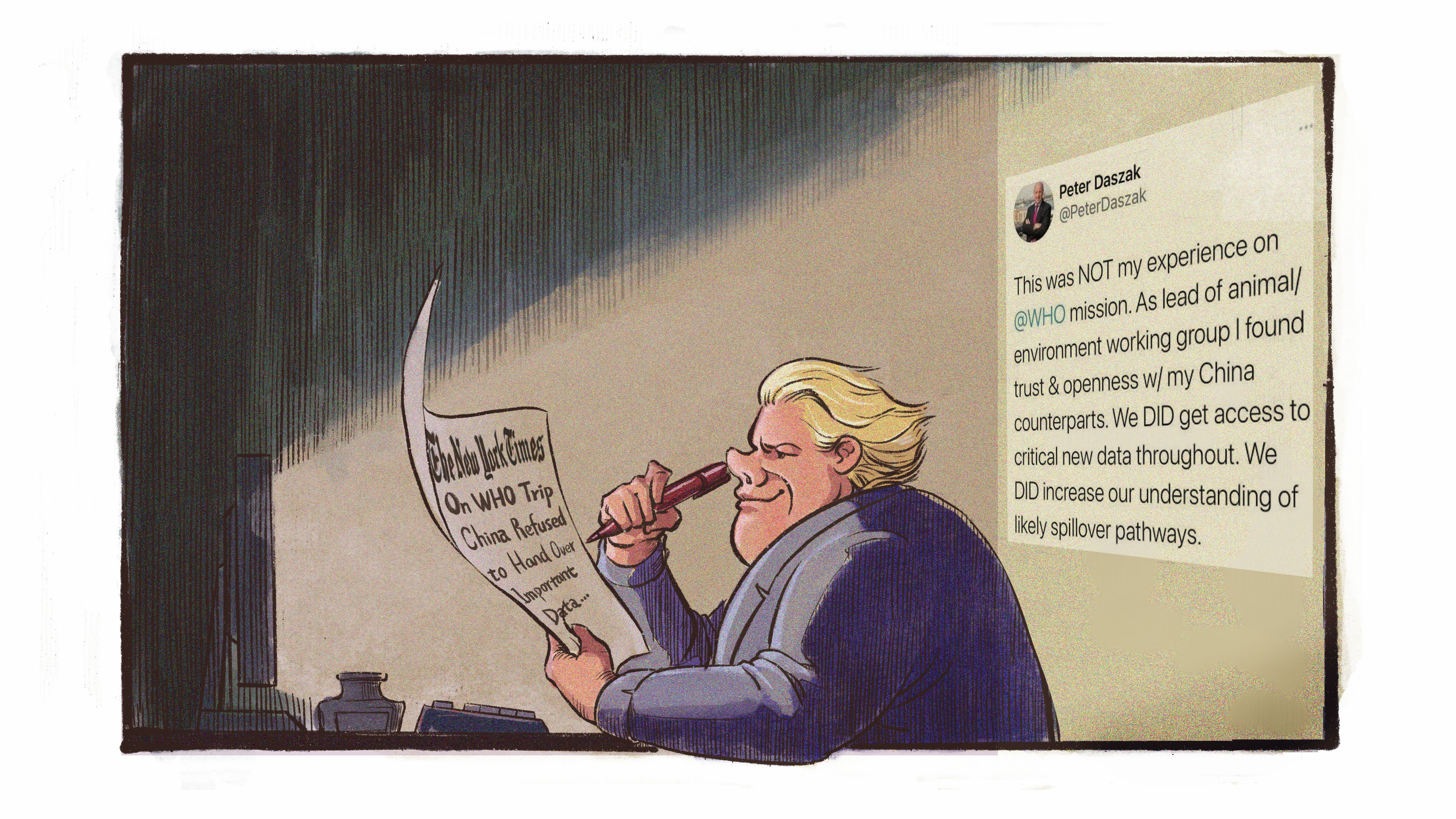 In reports on Hong Kong, some Western media chose to be "selectively blind" in their coverage, applauding and cheering the rioters and anti-China forces. In July 2019, when violent protesters stormed the Hong Kong Legislative Council building, the Hong Kong Police Force remained professional and restrained to ensure public safety, yet some Western reports chose to highlight the law enforcement activities, amplifying the injuries of the "peaceful" protesters.

In contrast, in their coverage of similar riots in America, U.S. media and politicians strongly condemned violent protesters in their own country. It was no longer reported as "a beautiful sight to behold," to paraphrase Nancy Pelosi. The stark double standard in media coverage of domestic and foreign protests is truly breathtaking. 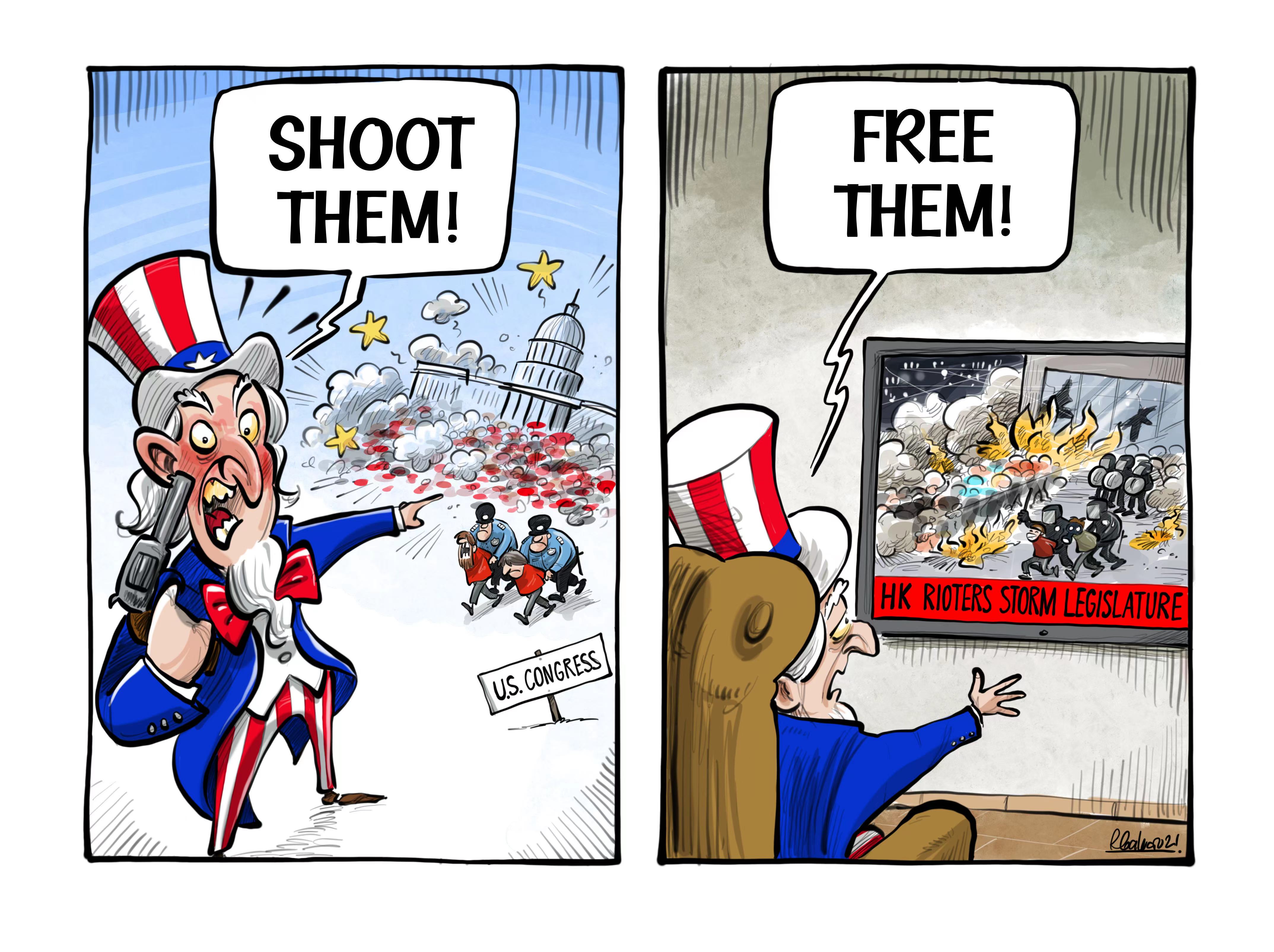 Due to ideological arrogance and prejudice, some Western governments take advantage of the media to fabricate countless stories under the guise of press freedom. They often obfuscate sources and even stage their own charades, intentionally misleading oblivious audiences. 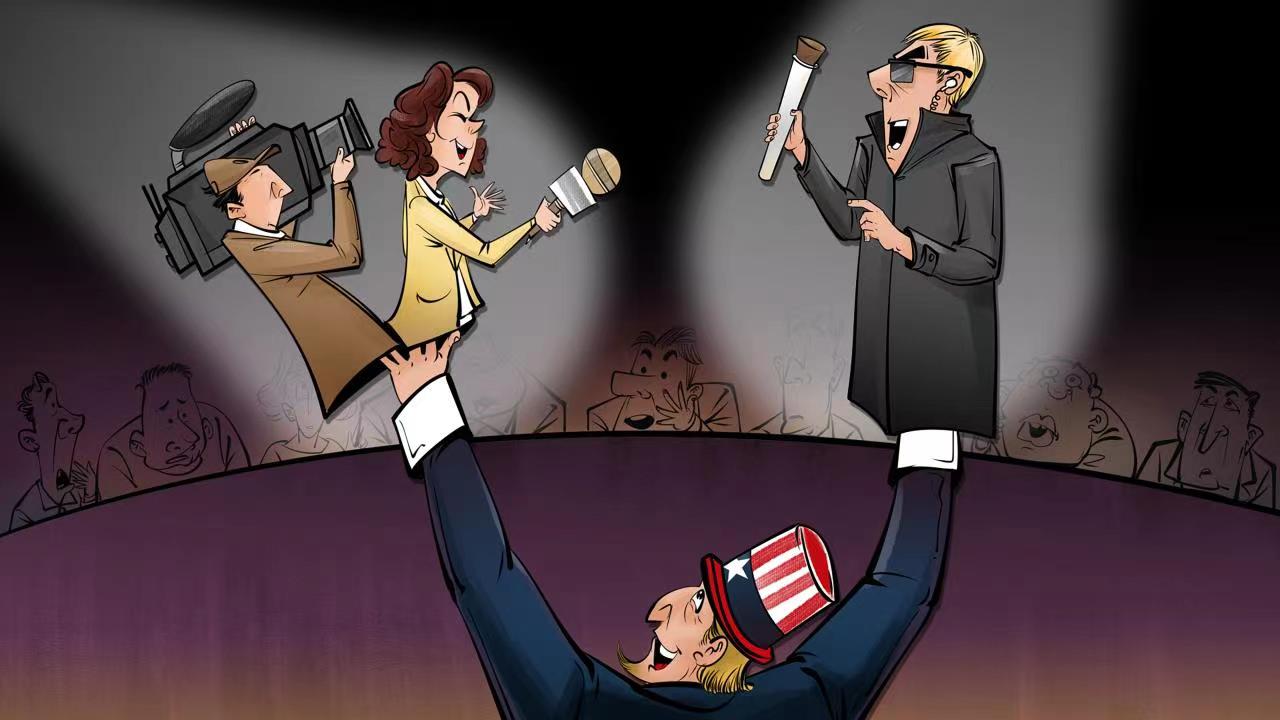 Some Western media have formed an iron-clad alliance with Western politicians in the name of "fair, objective and neutral" reporting. This is not surprising. The owners of Western media organizations tend to be wealthy families, massive corporations and powerful conglomerates that exercise economic control through shareholdings or advertising budgets. As such, they maintain a firm grip on the narratives, allowing the media to become a tool for Western politicians to conceal their failures of governance, export their values and promote hegemony. Therefore, so-called "freedom of the press" must include, to some extent, the "freedom" to indulge fake news. 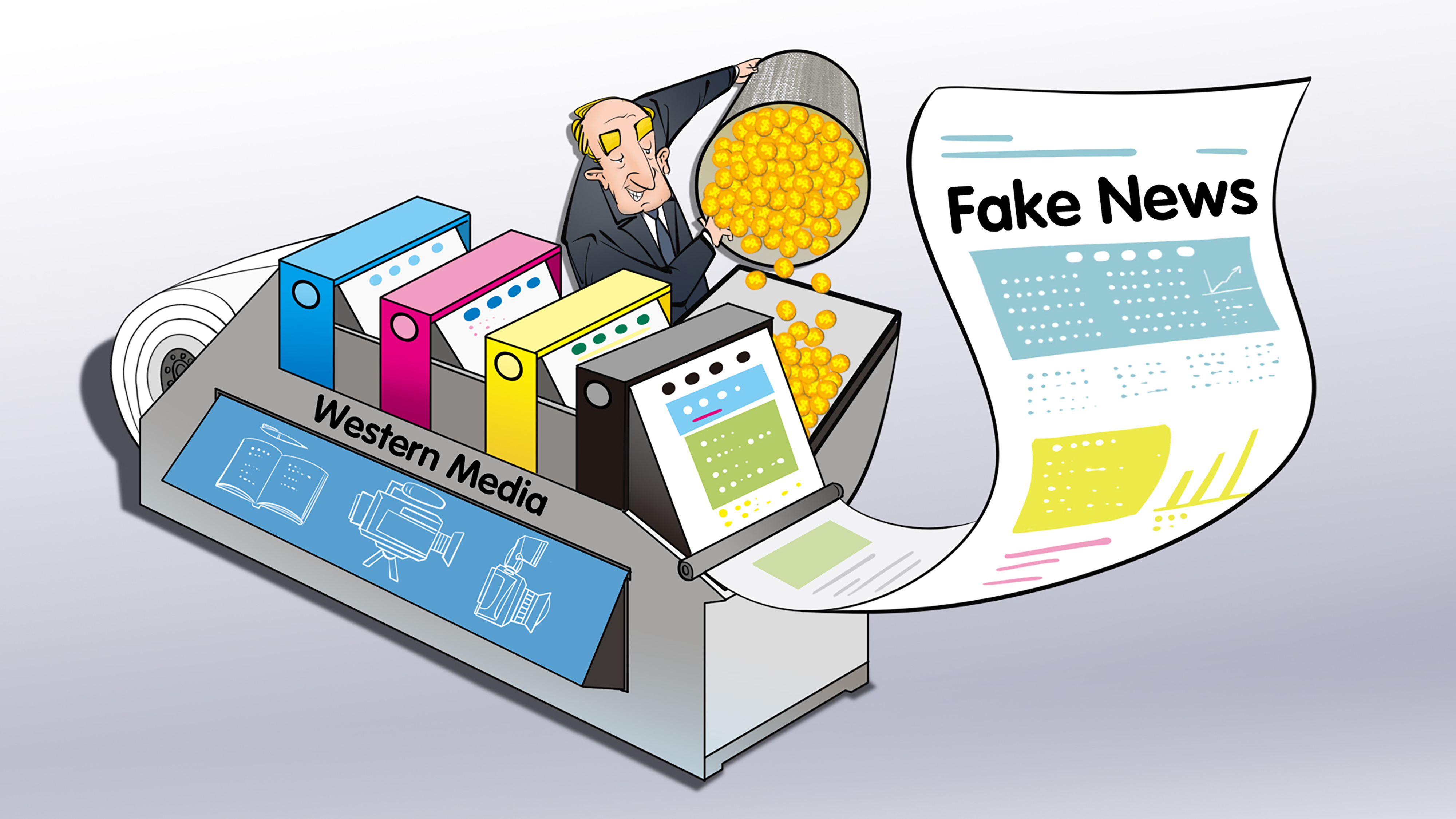 However, the world is no longer dominated by Western discourse. As a result, those spreading lies and rumors are inevitably refuted with facts, and Western media that misrepresent the truth for commercial and political gain end up becoming international laughingstocks.