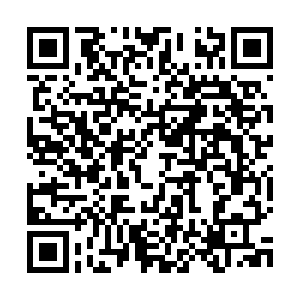 The president of the International Paralympic Committee (IPC) said on Tuesday that he could not be more excited about the coming Winter Paralympics starting on March 4 and is counting the hours to get to host city Beijing.

Brazilian Andrew Parsons praised the just concluded Winter Olympics, saying that it was just incredible to deliver the games during a pandemic.

"The strategy designed by Beijing 2022 and the Chinese government worked really well. We had very few cases of COVID even with a new variant, even with the Omicron, which was not, let's say, around, for example, during the Tokyo Summer Games," Parsons said.

He said the closed-loop strategy proved to be very successful, so athletes are probably about to be in the safest place on earth during the Paralympic Games.

"I think it was a huge success. I think Chinese people should be very proud of the Olympics. And we are very excited for the Paralympics because we have seen fantastic Olympic Games. And we know China and Beijing 2022 who will deliver fantastic Paralympic Games as well and above all safe games," he said.

Parsons praised the venues for Beijing 2022 as incredible.

"We have seen them during the Winter Olympics. Some of the venues are iconic venues from the 2008 Games transformed. So, for those of us who have been there, during the Summer Games in 2008, it will be amazing to see the Water Cube, turning to the Ice Cube, for example," he said.

Parsons sent a message to all para-athletes during the interview.

"My message, first of all, is (to) enjoy it because there is an experience of a lifetime for all. They will be in this. We have been working hard, and China's Beijing 2022 organizing committee, they have been working really hard to provide a safe environment," he said.

He encouraged athletes to focus on one thing only – competing at the highest possible level.

"They don't have to worry about COVID. They can focus on delivering what they have been preparing themselves for years to deliver. Just to enjoy, have fun, play fair," Parsons said.

"But above all, recognize the huge effort made by China and the Chinese population. It's super difficult to deliver what China is delivering and we should be grateful for them."