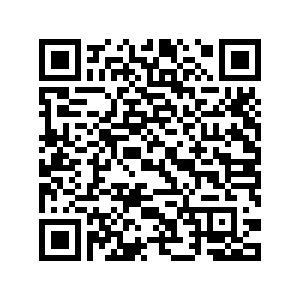 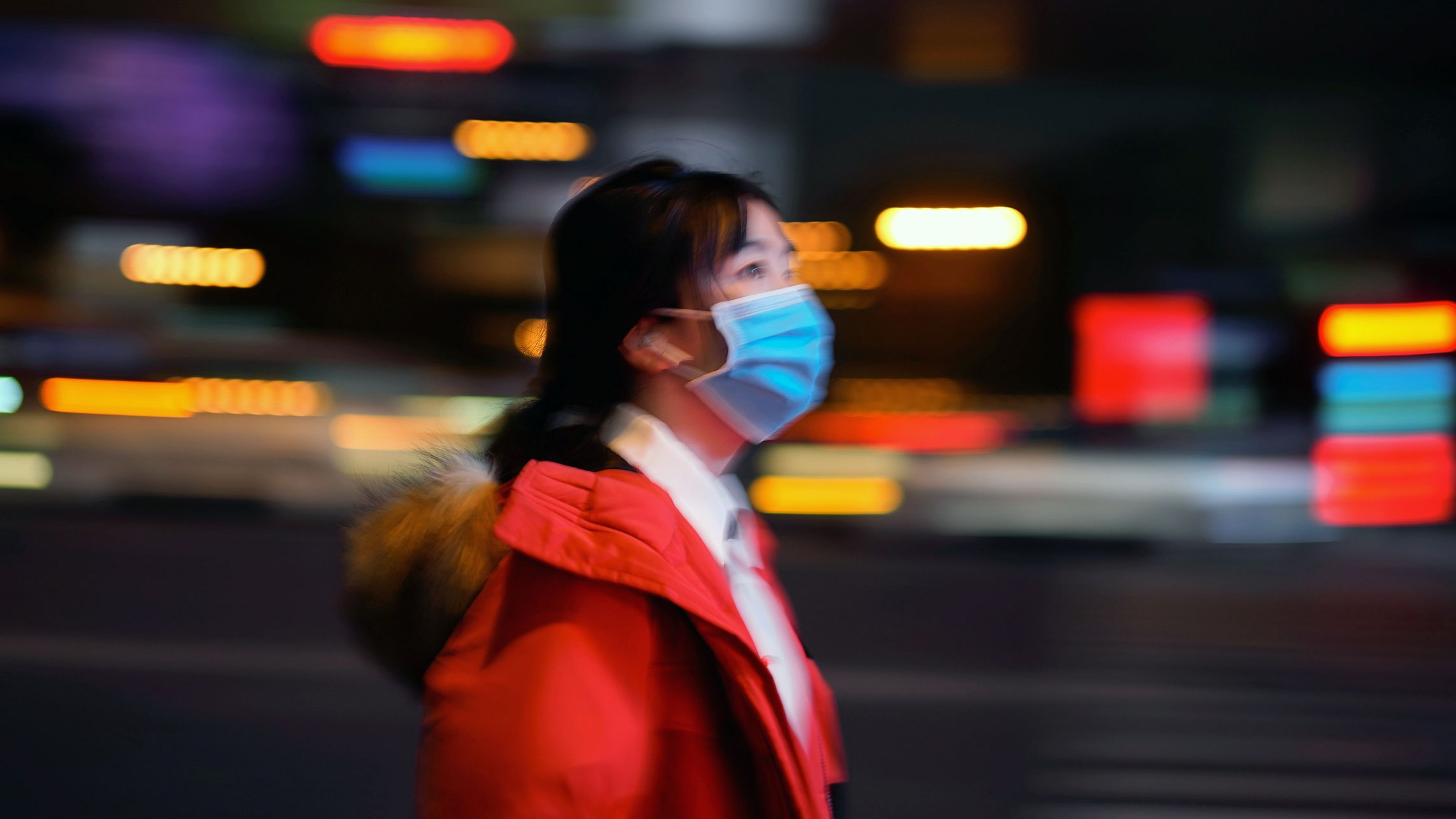 "I started reading philosophy," "I just wrote my will," "I'm thinking of changing my job" – COVID-19 is reshaping the lives and hopes of Chinese millennials and Gen Zers, altogether accounting for roughly 680 million people.

Over the past two years, the way people work has drastically changed, and the consumption habits and lifestyles for many have also been altered as a result of the pandemic. The younger generations were born in an era of huge social changes, enjoying the dividends of China's reform and opening-up, growing up to the challenges brought about by the fourth industrial revolution and climate change, a volatile world economy, and a more sophisticated geopolitical landscape, in addition to this once-in-a-century pandemic.

They tend to eat healthier, consume less, seek work-life balance, and are more flexible in their life plans. It is difficult to know how loss on such a scale will impact them, but many have gotten used to the fact that uncertainty is the new norm.

We've spoken to three Gen Zers to explore how the pandemic is changing their values and as a result life trajectories. The following are their accounts, which have been edited for clarity and brevity.

When the pandemic broke out, I was at home, in central Hubei Province. In September 2020, I came to Beijing to start studying for my master's degree, majoring in interpreting. The pandemic had an impact on my studies since many of my courses involve simulating real scenarios. Facing your classmates and the teacher in person, there's normally a sense of tension that makes the imaginary scenario feel real, which would help you improve. But when classes go online, that atmosphere is gone. I didn't get as much from the courses as I had desired.

Moreover, there is certainly an impact on interpersonal relationships because everyone prefers to stay home because of safety concerns. You might have made plans with friends, but with outbreaks after outbreaks wearing you down, eventually you don't really want to go out anymore, even when you do have time. As a result, the relationships with people become difficult to maintain. It's still fine though between me and my best friends. But if you want to expand your social circle, I think it's unlikely in the times of the pandemic. When I was stuck at home, I'd use Bilibili to watch tutorial videos on Adobe Premier and other apps mainly out of boredom. Then I saw many netizens on "danmu," real-time user comments overlaid on the video, and we were all here because of the pandemic. That was quite an interesting feeling.

My ideal day is to spend one-third of it on sleep, one-third on work, and the rest on things I like to do. There needs to be a balance. For example, I might be busy, but as a trade-off I get to take a long break, which would be acceptable too. If the break is long enough, then I can go back to my hometown to spend time with my family. Especially during a pandemic like this, if you are able to spend more time with your family, then go ahead and do it. I have people around me who have experienced the loss of their family members.

There is a trend going on, to use an internet buzzword, called "neijuan," which can be translated into "involution." It means if I put in 100 percent of effort but see others put in 120 percent, I will desperately try to work harder, putting in 150 percent, and then they would go 180 percent and so on. It creates a vicious cycle of unhealthy competition. I don't mean that staying motivated is not good, but this trend has triggered anxiety in people around you, and even more in yourself as there is always someone better and more capable than you. I think that's an impact brought about by the pandemic. The economy suffers, and stress increases. It's understandable that people want to do their best. But I think as far as your physical and mental health is concerned, you need to let yourself go at times.

I think talks of dreams are a little too big. If I were to really name one, I want to be happy every day. I don't have to set a big goal. Life is an experience, and everything you go through in pursuing your dream are all parts of that experience.

My dream is rather a big one. It's more like a vision, of me doing something that helps certain groups of people and gaining a sense of achievement. I don't mind the pressure or low income. I think the most important aspect of a job is whether it makes you feel a sense of worth, a feeling of being needed.

I interviewed with many companies, and the HR would ask the kind of questions like "What is your life plan?" or "What is your career plan?" I was always frank with them, and told them I don't know. Every time I could feel their disappointment. They were like "you're not even going to fake it?" I said I was just speaking my mind. Now it seems kind of silly I did that.

I like watching films and for a certain period of time I watched one movie a day. And I even wrote a novel. But I chose mathematics as my undergraduate major in the U.S. because I've been good at it since I was a child. I always believe that whether you are good at something or not is more important than whether you like it or not. I studied very hard and graduated a year earlier, to save some tuition fees. I headed to Switzerland for a master's in computer science but later dropped out because I was not interested.

I am walking in the mist. When something interesting appears, I will devote myself to it and forget that the mist exists. I will be occupied by my work. Who cares where life goes? Just let it take me wherever. Now when I lie on my bed, I start thinking that getting old is fast, 40s, 50s are just around the corner. It has never occurred to me before. Like, today I went for a run, and I started thinking about my body declining. I used to think that I'd get better. Now I'm wondering sooner or later I won't be able do as many reps or squat the same weight.

Maybe when you start to get busy, then you don't mull over your life too much because you are all worn out already. I think the point of work is just to prevent you from thinking about these things.

In the beginning of the pandemic, I felt kind of nervous but I quickly got used to it because it had little influence on me. I was a philosophy major so I didn't need to go to work or the library. Instead I stayed home taking online classes and reading all day. In that way I was lucky. Some of my peers majoring in anthropology failed to complete their master's thesis because they couldn't continue with their field research.

But the sudden outbreak of the pandemic, to a large degree, interrupted my study plans. Back then I was applying for a PhD program in philosophy. But because of the pandemic, the economy suffered, putting a financial strain on many universities. As a result, some universities cut off their admission plans in certain subjects. Philosophy as well as other liberal arts and humanities projects had to bear the brunt in the first place since they don't have immediate substantial output. For instance, the University of Chicago, one of the institutions I was applying for at the time, just stopped recruiting PhD candidates in philosophy. In contrast, admission for students in chemistry, physics and other subjects alike was unaffected.

I've been thinking a lot during the pandemic. I thought of becoming a sailor (I mean I'm serious). I looked into that job. A sailor on a cargo ship running an international line usually works on the deck eight hours a day, maintaining the turbines and removing the rust. There's no WiFi on the ship so it's perfect for thinking about life and confronting myself. For a ship tour, loading and unloading containers would take three or four days, and I can take these days traveling around the destination city as long as I finish my regular duties.

During my undergraduate years, I took French lessons and in the past two years I've been learning German by myself because I want to read the original works of European philosophers instead of English translations.

Now I work at a private publisher in Beijing while continuing to work on my PhD application.

(The names of interviewees have been changed to protect their privacy)