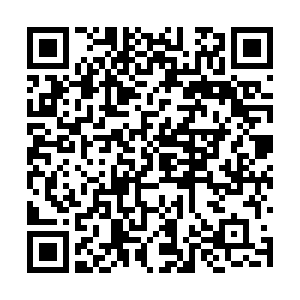 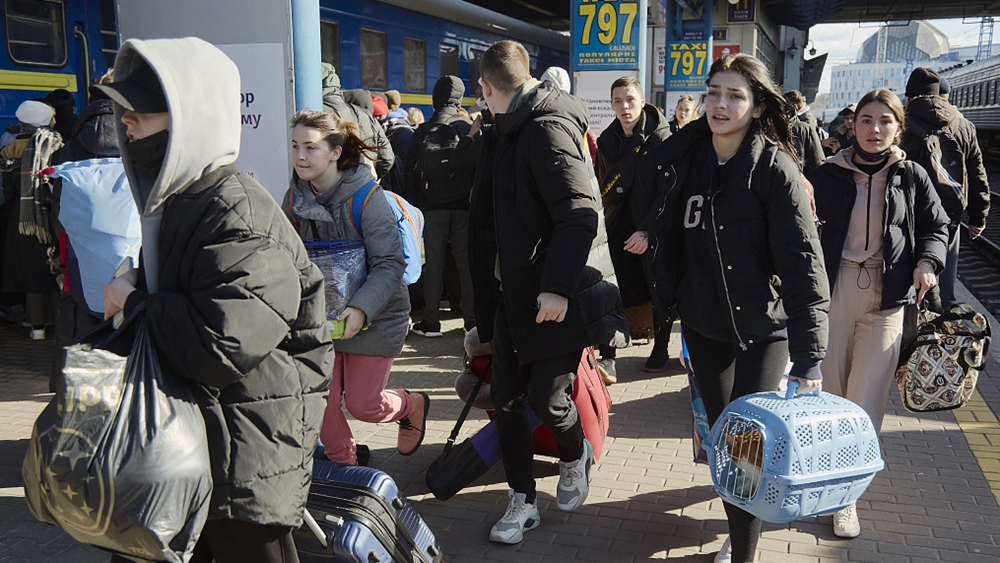 Local residents run to catch an evacuation train driving to the west of Ukraine in Kyiv, Ukraine, February 26, 2022. /CFP

Local residents run to catch an evacuation train driving to the west of Ukraine in Kyiv, Ukraine, February 26, 2022. /CFP

Ukrainian refugees fleeing Russia-Ukraine conflicts poured across their country's western borders on Saturday, the third day of fighting, with more than 100,000 reaching Poland so far, many making the final stretch of their journeys to safety on foot.

"The numbers and the situation is changing minute by minute," said Joung-ah Ghedini-Williams, a spokeswoman for the UN High Commissioner for Refugees.

"At least 150,000 people have fled, they are refugees outside of Ukraine. At least 100,000 people - but probably a much larger number - have been displaced inside Ukraine." 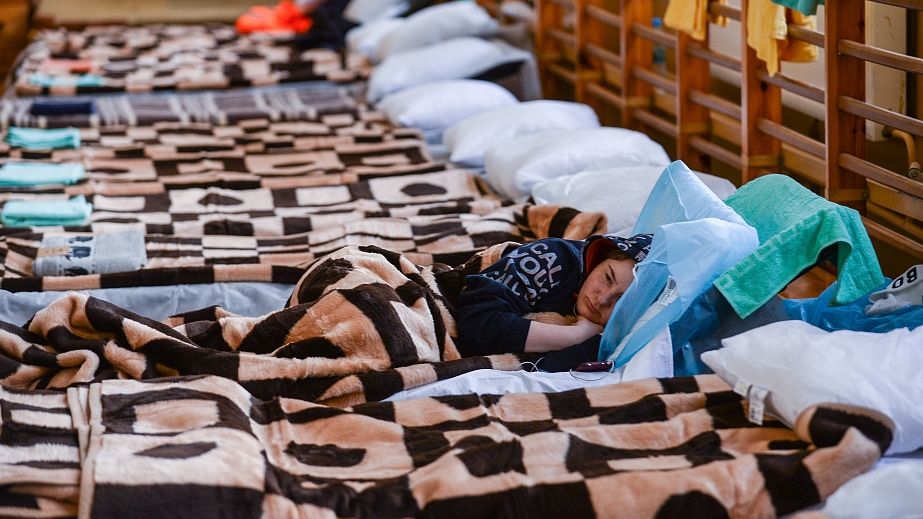 A Ukrainian woman rests inside a primary school sports hall that has been converted for a temporary shelter in Przemysl, Poland, February 26, 2022. /CFP

A Ukrainian woman rests inside a primary school sports hall that has been converted for a temporary shelter in Przemysl, Poland, February 26, 2022. /CFP

"The most important thing is that people survive," said Katharina Asselborn, wiping away tears as she waited at the Polish border for her sister, aunt and her three children from their home in Odessa.

"I don't know what will happen next. They lost their own house. It's so terrible. The last 30 kilometers to the border they went on foot."

At Medyka in the south of Poland, some 85 kilometers from Lviv in western Ukraine, thousands of Ukrainians waited for officials to process them as refugees.

"I arrived today at 3 a.m. and I am waiting for my wife," Taras, 25, told Reuters on the Polish side. "She called me from the Ukrainian side and there is a 30-kilometer queue of cars and people. She said she does not know when she will cross."

At the Hungarian border town of Beregsurany, 69-year-old Ilona Varga crossed into the European Union on foot, leaving behind her home, shop and hopes she might soon return.

"My kids are telling me to move over to Hungary for good, and they are right," Varga said. "But it is so hard to leave everything behind, I was born here, I grew up here, I have my work here, everything ties me here." 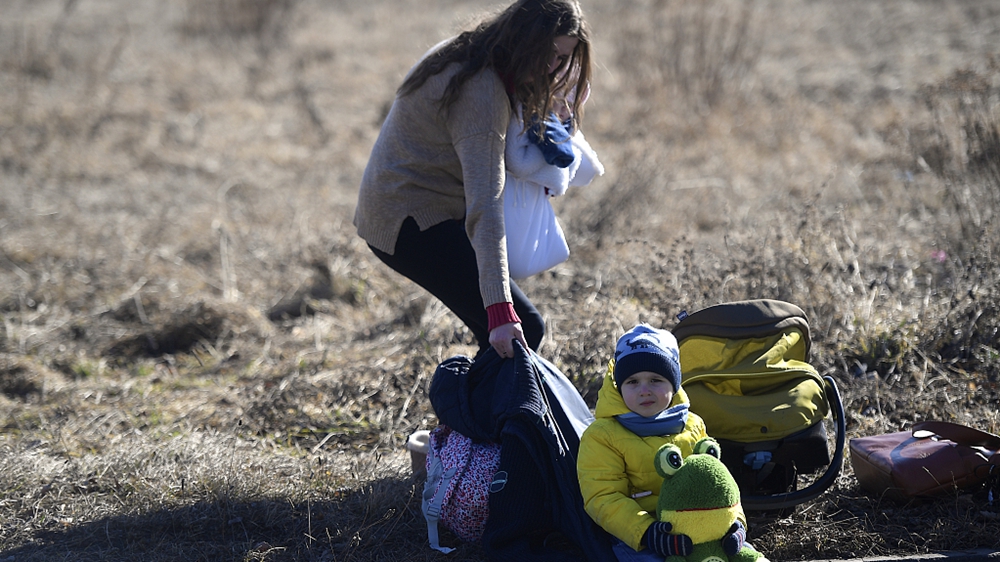 Czech railways sent special trains that arrived early on Saturday at the Polish border carrying Ukrainians living in the Czech Republic to meet family members who had escaped the conflict.

In the Slovak border town Ubla, officials put refugees in a local gymnasium where foldout beds and air mattresses filled a basketball court. The government also announced it would give financial aid to anyone sheltering refugees.

In Romania, the Orthodox Church housed refugees at a 15th century monastery.

Arriving in the Romanian town of Sighetu Marmatiei, Natalia Zheltukahina spoke in disbelief about the conflict she had fled. "It's surreal. It's nothing connected to the real life that we used to have and it's devastating," she said.