Download
Spotlight: Volodymyr Zelenskyy, the man in the middle
CGTN 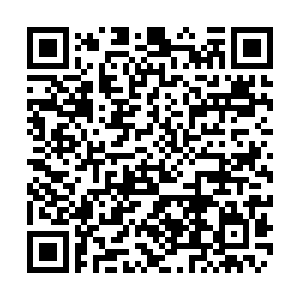 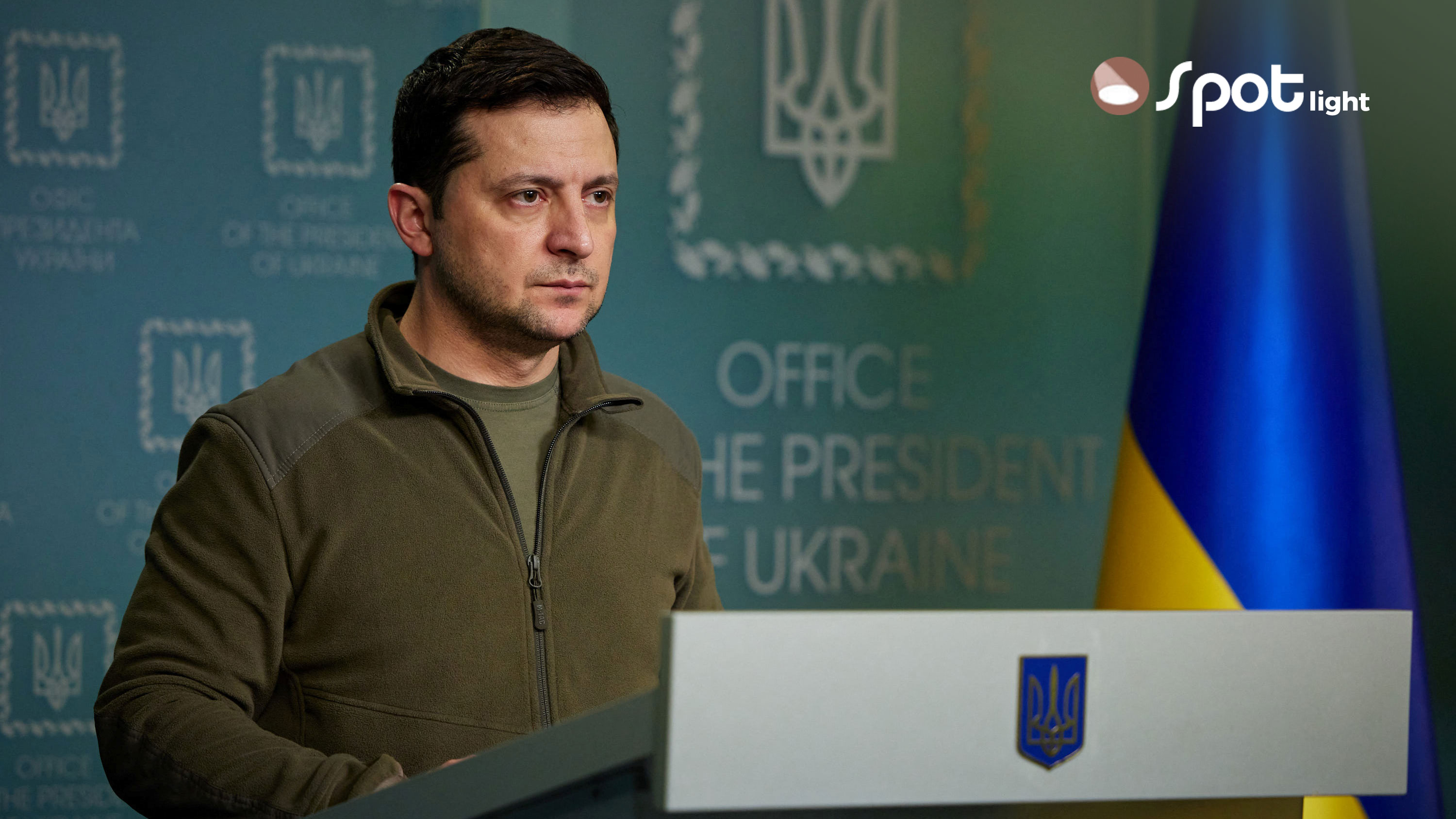 "This might be the last time you see me alive," Ukrainian President Volodymyr Zelenskyy reportedly told EU leaders on Friday as his country's troops battled with Russian forces conducting a "special military operation" in the eastern European nation.

A little over three years ago, the former comedian was playing a president on TV. Now, the 44-year-old is Ukraine's leader, sending videos and conducting diplomacy by tweet as troops advance on the Kyiv region.

Russia "has identified me as target No. 1 and my family as No. 2" he said in a video message on Thursday. Reports on Saturday suggested the U.S. offered him a route out of Kyiv, but he refused – "I need ammunition, not a ride," he said, according to multiple media reports.

Zelenskyy, who is married with two children and comes from a Russian-speaking Jewish family, started his career path in a similar vein to many successful politicians – with a law degree.

But after graduating from Kyiv National Economic University in 2000, his life moved in a very different direction. In 2003 he returned to his teenage love of comedy and began producing television shows. 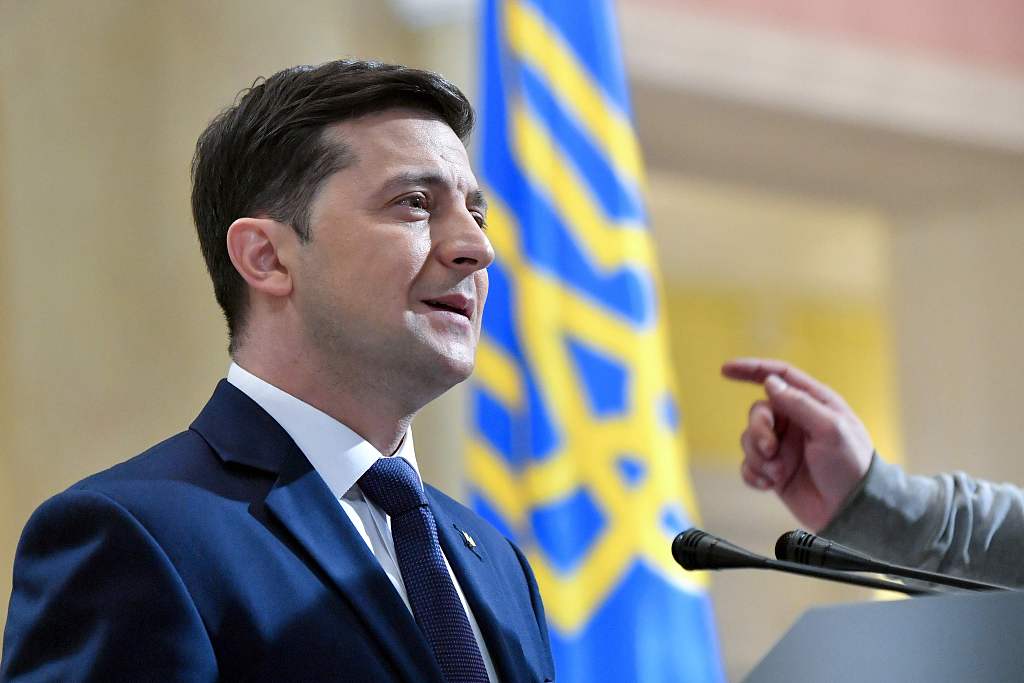 Volodymyr Zelenskyy takes part in the shooting of the television series "Servant of the People," in which he played the role of the president of Ukraine, March 6, 2019. /VCG

Volodymyr Zelenskyy takes part in the shooting of the television series "Servant of the People," in which he played the role of the president of Ukraine, March 6, 2019. /VCG

And in 2015, Zelenskyy took the lead role in a show that made his name: "Servant of the People."

The son of a computer science professor played a school teacher whose complaints about corruption in politics were recorded by his students, went viral, and saw him end up as president.

The show was a huge hit in Ukraine, and a "Servant of the People" party was created. In 2018, to the surprise of many, Zelenskyy stood for the presidency for real on the new party's platform, routinely using comedy to poke fun at opponents and invigorate supporters.

Much like his character in the show, Zelenskyy the candidate pledged to tackle corruption. He also promised to find a peaceful resolution to the conflict in the Donbas region, eastern Ukraine, and protect the Russian speakers in the country.

His candidacy was initially seen as a joke, but his fame, message and lack of political baggage proved a potent combination – a landslide victory followed.

Zelenskyy was inaugurated as Ukraine's president in May 2019. "Throughout my entire life, I've tried to do everything so Ukrainians smiled," he said in his inauguration speech, according to Politico. "In the next five years, I will do everything so that you, Ukrainians, don't cry." 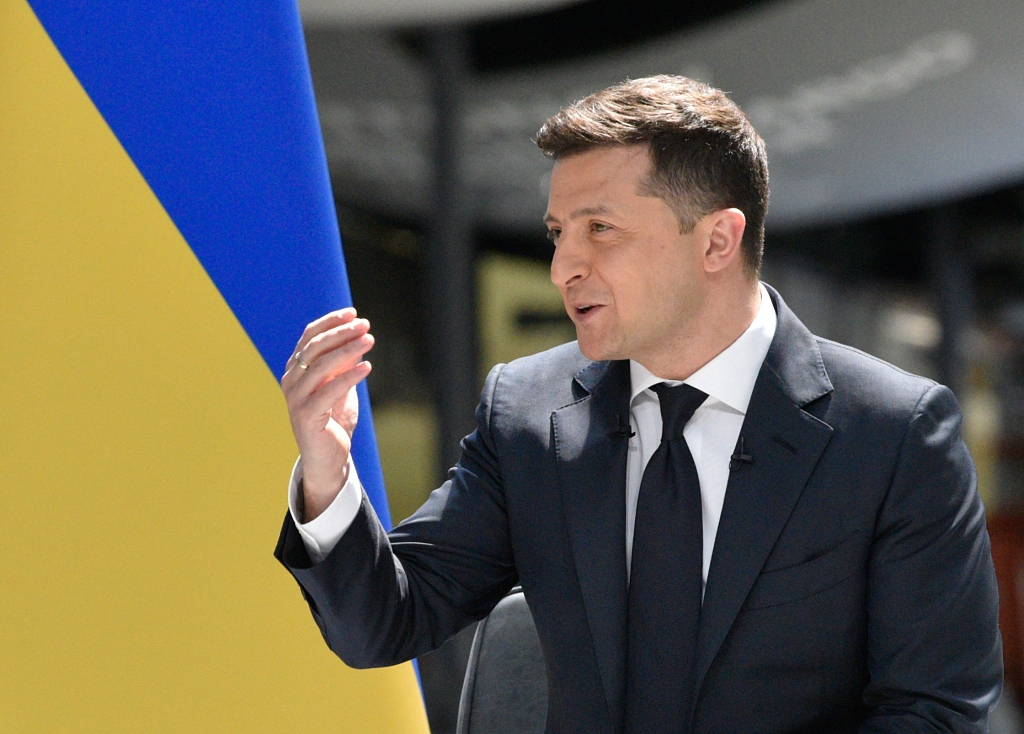 In office he found that delivering on the election pledges was more difficult than making them, and while his Big Construction infrastructure program received praise he faced criticism for not achieving more in attempts to counter corruption.

After winning 73 percent of the votes in the 2019 election, his approval rating had slumped by the beginning of 2022. According to a poll by the Kyiv International Institute of Sociology cited by the AP, in January only 30 percent of Ukrainians wanted Zelenskyy to run for a second term.

The COVID-19 pandemic had hit the economy and Zelenskyy struggled for a major breakthrough in Donbas, where more than 14,000 people have been killed since 2014 in clashes between Ukrainian forces and pro-Russia groups.

While prisoner exchanges have taken place, the Minsk agreements – struck between Ukraine and Russia in 2014 and 2015 – were not fully implemented and negotiations with Russia came to a standstill. 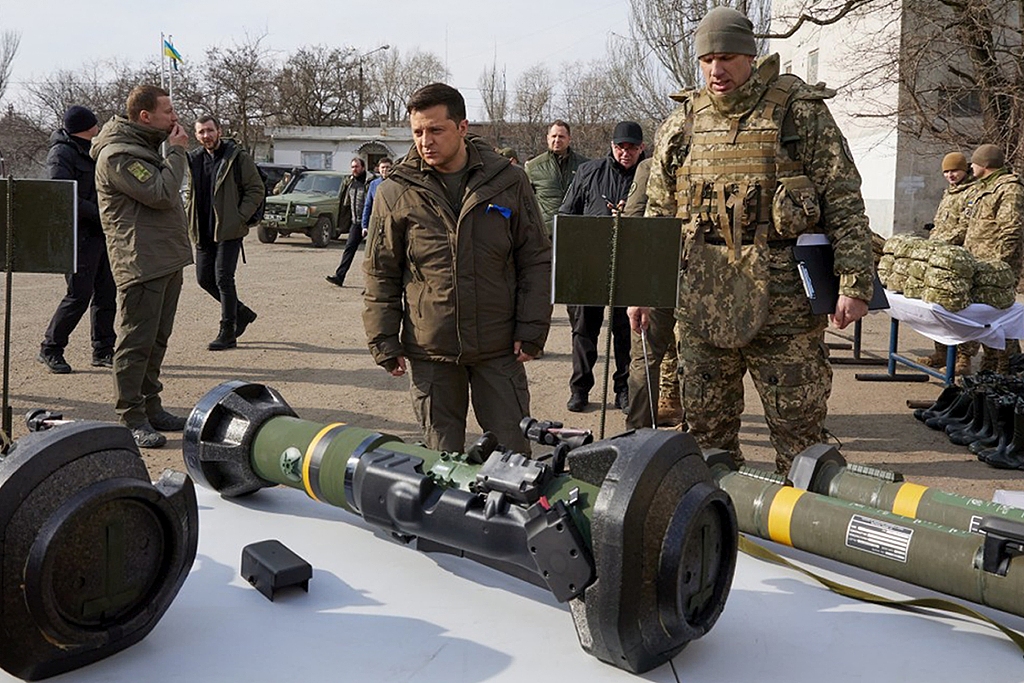 Zelenskyy, who received support from eastern and southeastern Ukraine in the 2019 election, has increasingly pushed for membership of NATO and the European Union. He also took a hard line on pro-Russian factions in Ukraine over the past year, including Viktor Medvedchuk, a pro-Russia lawmaker who was put under house arrest.

The president, who has faced criticism for his relationship with oligarch Ihor Kolomoiskiy, one of Ukraine's richest people, was also involved in the scandal that led to the first impeachment of former U.S. President Donald Trump. Trump withheld $400 million in military aid to Ukraine after Zelenskyy refused to help his associates investigate Democratic rival Joe Biden's son Hunter.

In the run up to Putin's recognition of the self-proclaimed people's republics of Donetsk and Luhansk as independent, Zelenskyy repeatedly downplayed claims from Western countries that an attack on Ukraine was imminent.

However, a speech to the Munich Security Conference on February 19 – which he attended in person despite warnings from the U.S. – revealed a change in tone. "Indifference makes you an accomplice," he cautioned. 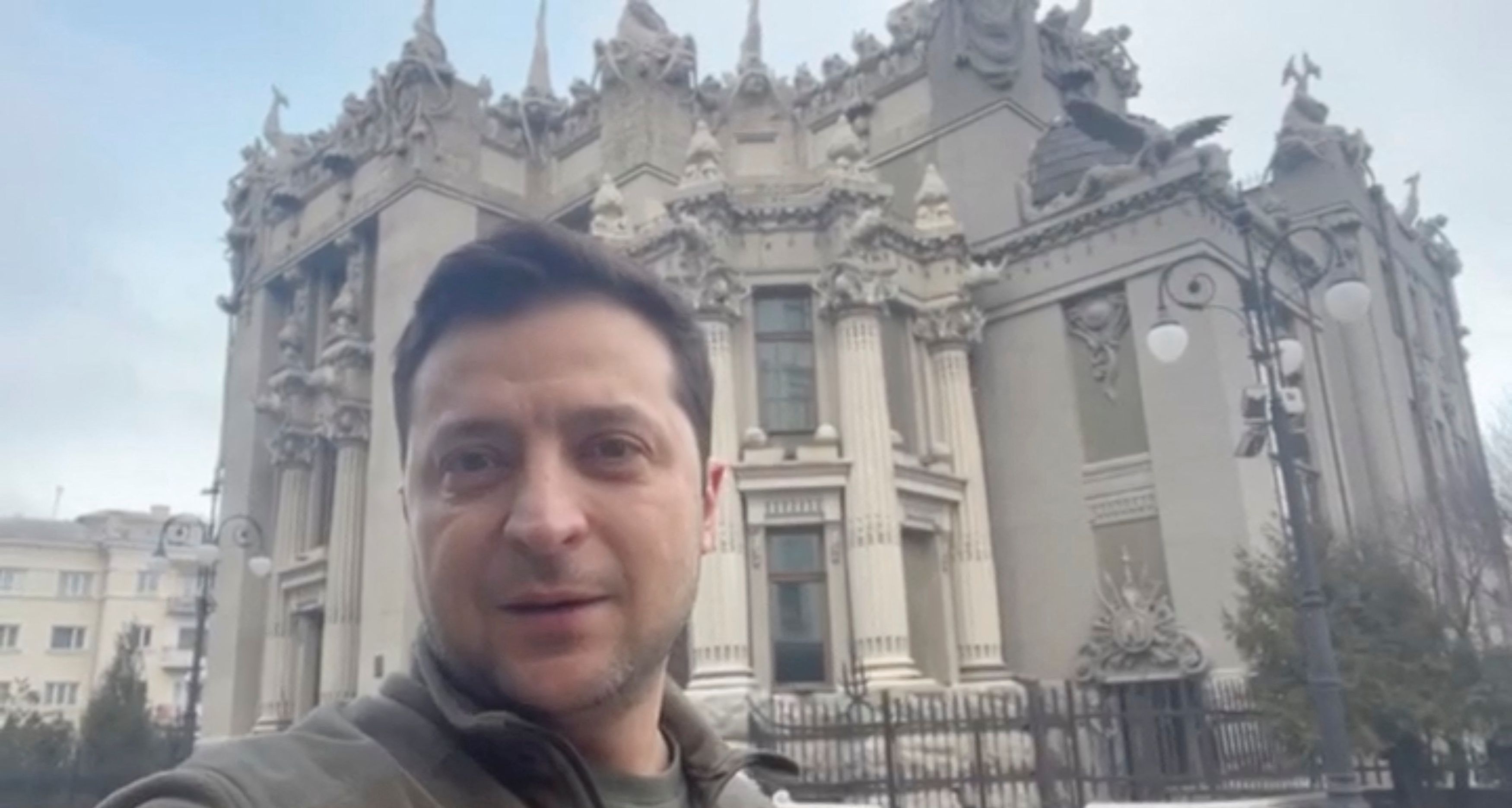 As the Russian operation goes on, Zelenskyy continues to put pressure on Western leaders via social media and phone calls. His defiant video messages from around Kyiv, in Ukrainian and Russian, have been watched by millions.

Zelenskyy said he remained open to talks with Russia in a video message on Saturday, welcoming an offer from Turkey and Azerbaijan to organize diplomatic efforts. A day earlier, the AP reported, he offered to negotiate abandoning Ukraine's ambitions of joining NATO.

As the fighting continues, Zelenskyy said he and his family remain in Ukraine. And a man whose political career began with a television comedy has received plaudits for his steadfastness.

"We aren't going to lay down weapons. We will protect the country," he said in a video message on Saturday. "Our weapon is our truth, and our truth is that it's our land, our country, our children. And we will defend all of that."