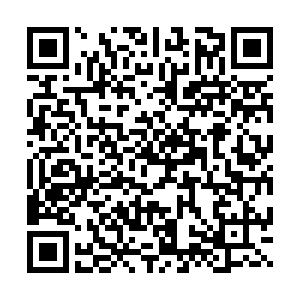 Editor's Note: Dr Sun Taiyi is an assistant professor of political science at Christopher Newport University, U.S. He is also the executive editor of the Global Forum of Chinese Political Scientists' main publication Global China. To rediscovering the merits of 50th anniversary of U.S. President Richard Nixon's historic visit to China, Sun argues it is time for both sides to bring back realpolitik for global peace. The article reflects the author's opinions and not necessarily those of CGTN.

Sino-U.S. relations are at one of the lowest points since U.S. President Richard Nixon visited China 50 years ago. Although both countries would like to prevent the existing competition from sliding into confrontation, and have set up guardrails with multiple rounds of high-level communications since President Biden took office, the honeymoon period of the 1980s and 1990s has long gone. Are there lessons we could learn from the history of Sino-U.S. bilateral relations, and what are the implications for us today?

The success of realpolitik

At the founding of the People's Republic of China, friendly gestures from the Communist Party of China (CPC) towards the U.S. were ignored. With the rise of McCarthyism and the fear of Communism in the U.S., the two countries did not get a chance for a rapprochement until the 1970s. On the U.S. side, the decision to approach China was based on realpolitik, which set aside ideological considerations to make way for more pragmatic interactions. The necessity for the Nixon administration to confront the Soviet Union – a more imminent threat – and the urgent need to end the Vietnam War led to a significant geostrategic shift of great power relations. Even though having fought wars with the U.S. in the Korean Peninsula and denounced U.S. imperialism in the preceding decades, China quickly adjusted its stance. For example, people from my hometown Hangzhou were mobilized to prepare for Nixon's visit, and my grandparents and their peers were involved in making sure Nixon's stay was smooth and enjoyable.

From Jimmy Carter's "hopeful era" of normalized relationships to Reagan's "opening up (of China's) economy" and marketization to George H.W. Bush's affection of his Chinese friends using words such as "goodness," "mercy," and "kindness," to building a constructive relationship with China, engaging China, advocating for China to join the World Trade Organization, and even making China a "strategic partner" under Bill Clinton, the Sino-U.S. relations continued to improve during the 1980s and 1990s, even with occasional disruptions to such trends. In addition to the realpolitik considerations, the potential of cultivating the largest market in the world and building the "world factory" so that comparative advantages could be further utilized between countries to maximize economic output made ideological differences secondary. The domestic forces in the U.S., who were still hesitant to open trade with China, were also overpowered by the sustained business lobbying.

From economic to ideological ruptures

I analyzed the 43 years of the State of the Union addresses (including addresses to the joint session of Congress during presidents' first years in office) since China and the U.S. established diplomatic relations in 1979 to Biden's first address in office, and particularly assessed the attitudes towards China each time China was mentioned, the turning point of the bilateral relationship was clearly around 2006 under the George W. Bush administration. However, whereas themes such as "competitor" and "trade dispute" started to appear, collaborations on de-nuclearization of the Korean Peninsula, clean energy and infrastructure building continued to play important roles.

Such relations worsened during the Barack Obama administration. Then, Donald Trump's obsession with trade deficit reduction, the compulsion for confrontation, and language on a "horrible danger" exacerbated the situation. However, it was still mostly contained within technical domains with rambunctious rhetoric but constricted impacts. The Biden administration inherited most of the Trump policies and decided to make the ideological divide salient between the two countries. Not only were new efforts like AUKUS, QUAD, Five Eyes and the G7 targeted against China, but the organization of the so-called "democracy summit" and the upcoming announcement of the new Indo-Pacific Economic Framework are also placing values and ideologies at an important place, making the bilateral relationship between China and the U.S. challenging to reconcile.

Time to bring back realpolitik for global peace

Sino-U.S. relations were at their best when both countries operated with realpolitik in mind and when economic ties could serve as the ballast. Given that the relative power and conditions have shifted and the dysfunctional U.S. domestic politics are leaving "countering China" as one of the few remaining consensus issues, one must admit that it will be difficult to recreate the "engagement atmosphere" the two countries once had. With the U.S. hollowing out the three China-U.S. joint communiques and blatantly violating the August 17 Communique by sustaining the sale of arms to China's Taiwan region, the foundation for reconciliation is hardly there. Making ideology a dominant factor also tied the Biden administration's own hands as the Taiwan Straits is no longer just a demarcation of an unresolved civil war but also a line of the ideological divide, which the U.S. now clearly takes sides on.

It is time to bring back realpolitik for global peace. Given the rampant inflation the U.S. is experiencing and the tense situation on the ground in Ukraine, China and the U.S. have a rare window of opportunity to realign and even re-engage, leaving the unresolvable ideological differences aside and pursuing shared interests together. Even though it might not be too probable, another "Nixon moment" might just be around the corner.