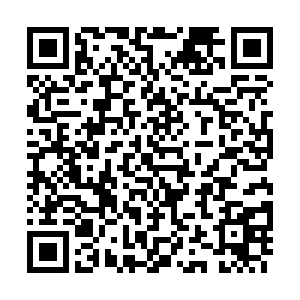 Chinese State Councilor and Foreign Minister Wang Yi stressed that China attaches great importance to and cares for the safety of the Chinese living in Ukraine in a video meeting with his counterpart from the Republic of Korea (ROK) Chung Eui-yong on Monday.

The Chinese Foreign Ministry has launched an emergency coordination mechanism and maintains close communication with all parties to ensure the safety of Chinese personnel and institutions in Ukraine, Wang said.

China supports and encourages all diplomatic efforts conducive to the peaceful resolution of the Ukrainian crisis and welcomes the launch of peace talks between Russia and Ukraine, the foreign minister added. 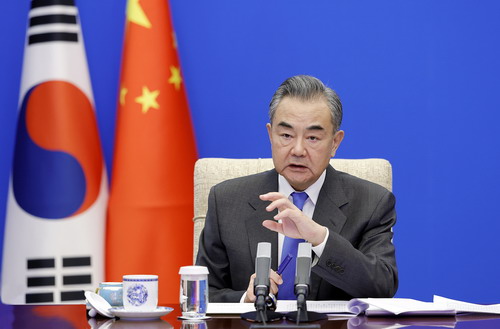 This year marks the 30th anniversary of diplomatic ties between China and the ROK. Wang said China is willing to maintain high-level exchanges with the ROK and strengthen cooperation in economy, trade and other areas.

In the new historical period, both sides should uphold and review the original intention of establishing diplomatic relations, and jointly plan a blueprint for the future development of bilateral relations, so as to bring more benefits and well-being to the peoples of the two countries, he noted.

China appreciates the ROK government's friendly policy towards China, which is not only in the fundamental long-term interests of ROK, but also conducive to maintaining regional peace and stability, the Chinese foreign minister added.

Wang voiced the hope that the upcoming general election in ROK will proceed smoothly so that bilateral ties can achieve a smooth transition and advance to a higher level.

Calling for gathering positive energy for developing bilateral relations, Wang said the two sides should lay a solid foundation for the friendly public opinion between China and the ROK and continue to promote the good tradition of friendship and mutual assistance and joint development.

The two sides can take commemorating the 30th anniversary of the establishment of diplomatic relations and the "China-ROK Year of Cultural Exchanges" as opportunities to enhance mutual understanding and friendship between the two peoples, he added.

Chung said the ROK is willing to work with China to strengthen high-level contacts, step up the second phase of bilateral FTA negotiations, deepen pragmatic cooperation and expand people-to-people exchanges.

He said he believes that regardless of the outcome of the ROK election, both sides will further develop future-oriented ROK-China relations.

Wang told Chung that China and ROK share common interests in maintaining peace and stability on the Korean Peninsula.

China appreciates the efforts made by the ROK to promote the peace process on the peninsula and is willing to continue to provide assistance within its capabilities, he added.

Wang stressed that the most effective way to prevent the escalation of tension on the peninsula is to restart dialogue as soon as possible, adding that it is crucial that the U.S. side should take sincere actions in addressing the reasonable concerns of the Democratic People's Republic of Korea.

China is willing to continue to strengthen communication and coordination with the ROK on peninsula affairs, he said.

The ROK foreign minister said the "ROK has always been committed to improving the north-south relations and advancing the peace process on the peninsula."

He added that he appreciates and believes that China will continue to play an important and constructive role on the Korean Peninsula issue.