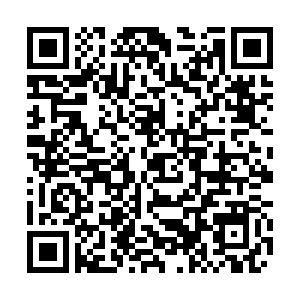 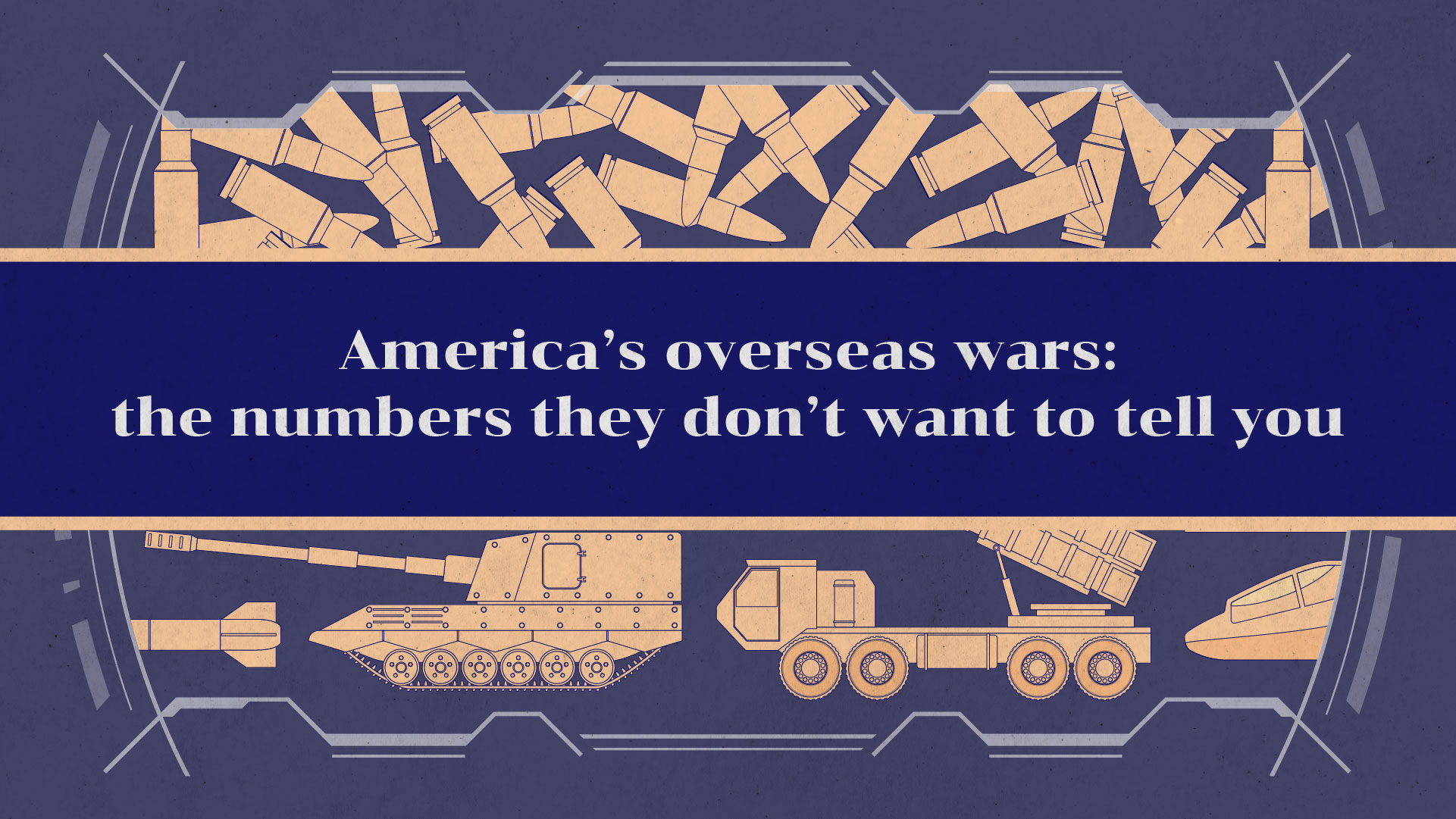 The last U.S. troops left Afghanistan on August 30, 2021. Looking at the land beneath, they would find few differences from 20 years ago, when America began the occupation. Bombs and attacks killing civilians in broad daylight, women and girls hiding at home. 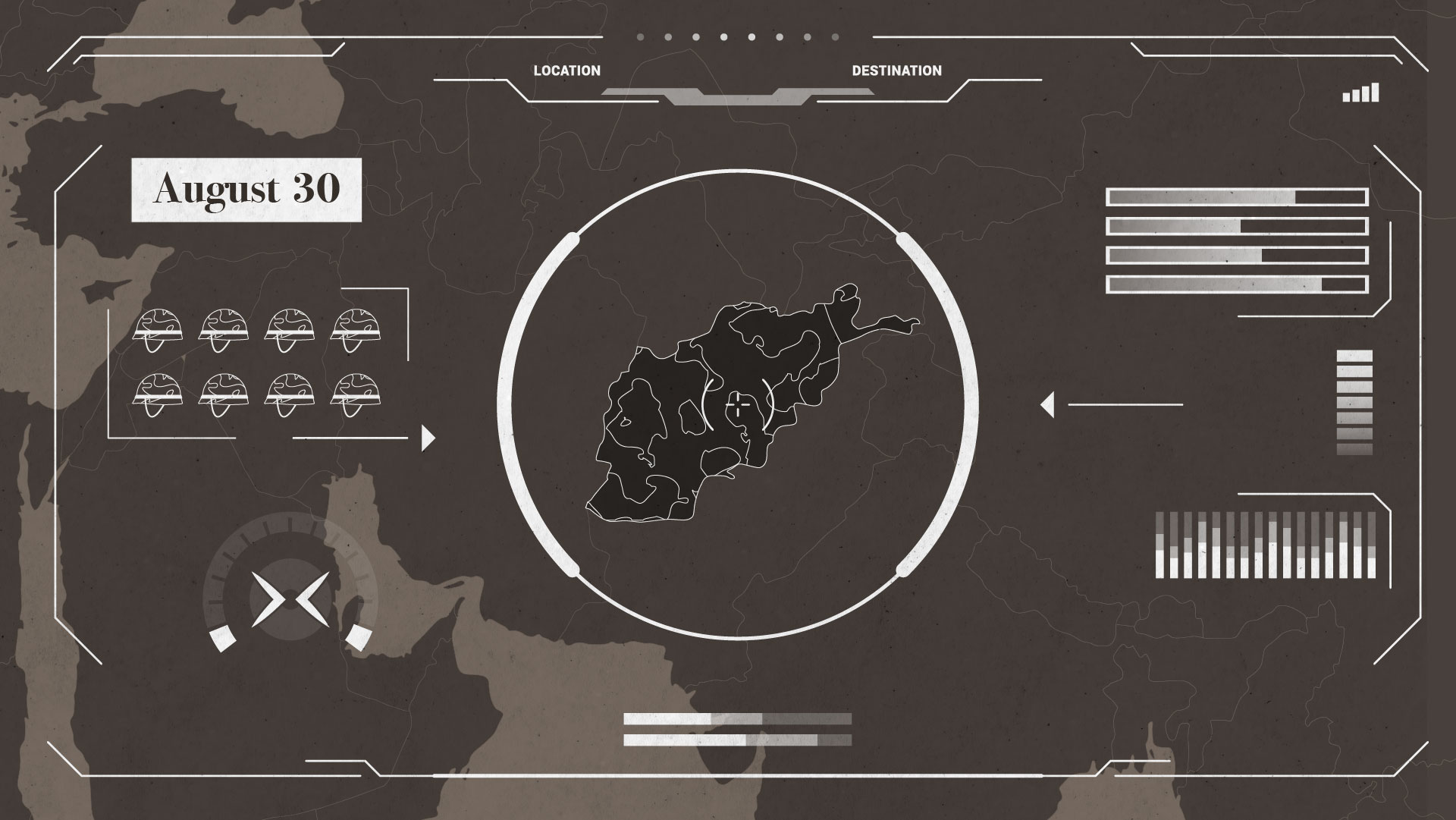 The U.S. government claimed the Afghanistan and Iraq wars, as well as other conflicts it's been involved in, were in part to protect human life and freedom around the world.

But behind the narratives the U.S. government would like to depict, are far more complicated stories relating to oil imports, profits from arms and ammunition and the drug economy. 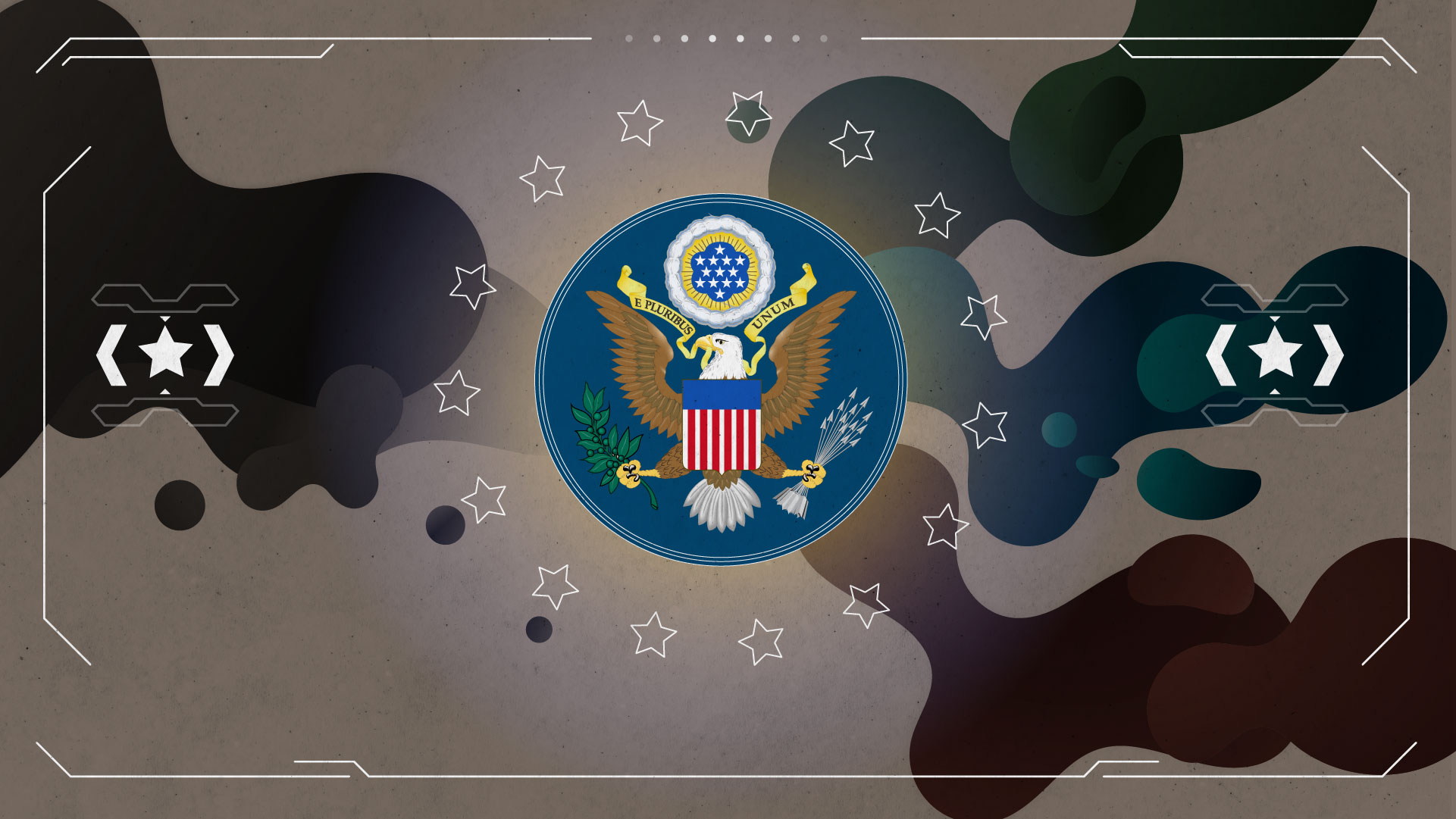 Firstly, it seems that while the U.S. did not benefit from the Iraq War directly in terms of oil imports, ensuring the free flow of Iraqi oil to world markets was essential for it to maintain its superiority.

U.S. oil imports from Iraq did not reach the prime level of the pre-war period from 1999 to 2001. But the invasion of Iraq from 2003 to 2011 and U.S.-led intervention from 2014 to 2017 in Iraq did free up the country's substantial oil production. Before the invasion, Iraq's domestic oil industry was fully nationalized and closed to Western oil companies.

A decade of war later, it was largely privatized and dominated by foreign firms. ExxonMobil, the largest oil company in the United States, for example, signed a contract with South Oil Company of the Iraq Ministry of Oil in 2010, and won the right to develop one of the world's most prized untapped oil reserves. From 2003 to 2019, Iraq's crude oil production tripled, while its exports increased almost four times. 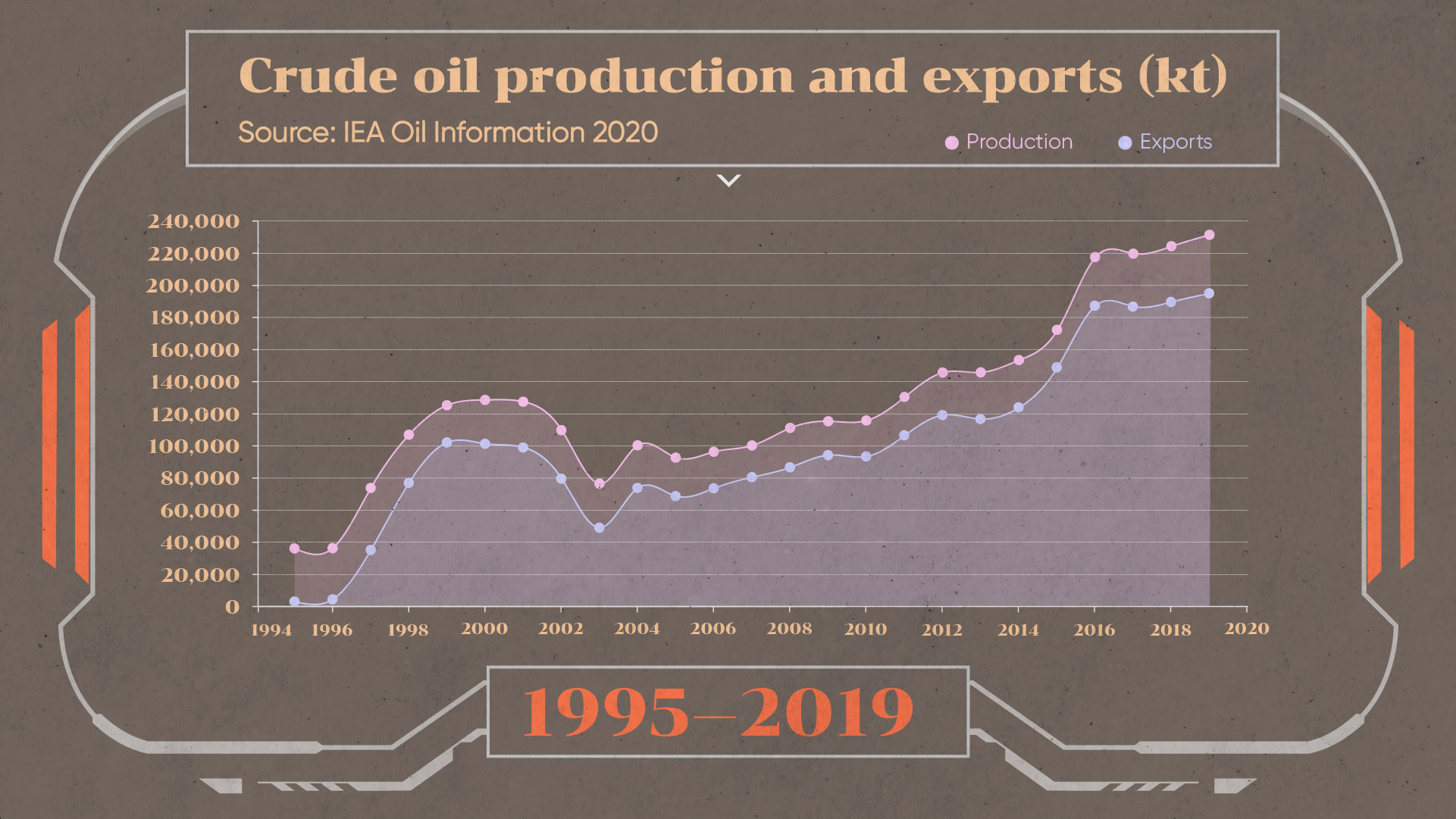 Secondly, the U.S. has been the world's top arms exporter for decades. In 2018, 43 of the top 100 arms-producing and military services companies worldwide were based in the U.S., and its share of the total top 100 arms sales was 59 percent.

From 2002 to 2018, two of the top five American companies experienced a continuous accumulation of arm sales, while the overall trend of arm sales in the other three companies was rising until 2010, a year accompanied by the troop withdrawal from Iraq. 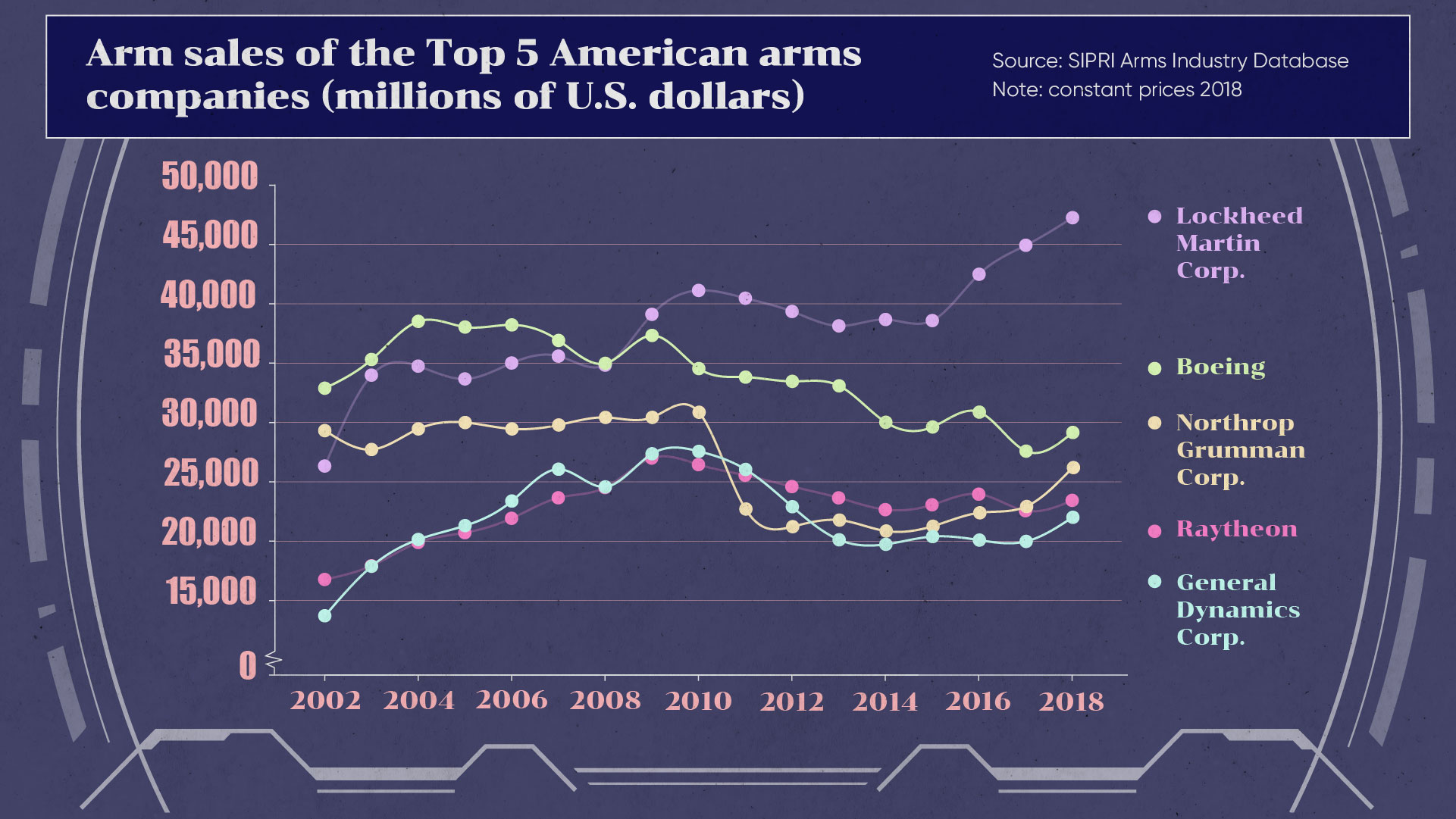 On the other side of large corporations are countries like Afghanistan, which placed large orders with the U.S.

Take Afghanistan as an example, the number of arms it imported from the U.S. between 2004 and 2020 far exceeded that from all other countries added together. From armored personnel carriers and armored patrol vehicles to helicopters and aircraft, Afghanistan had more than 25,000 orders with America. 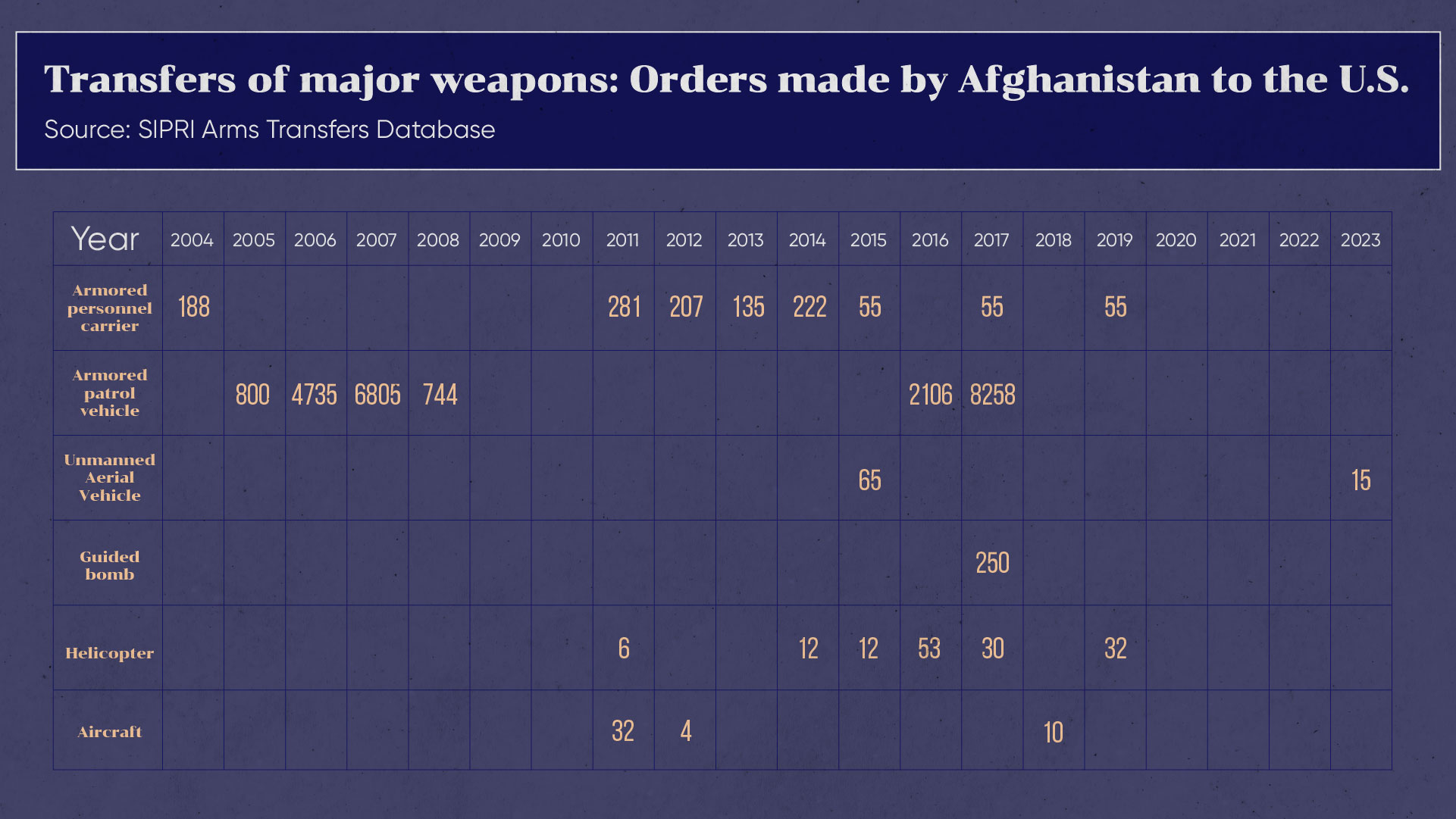 Thirdly, the U.S. invasion interrupted the counter-narcotic campaigns in Afghanistan, and the U.S. government failed to get the war on drugs back on track due to conflicts of interest.

Afghanistan's poppy farming touched bottom in 2001, thanks to a Taliban ban the previous year as they sought international legitimacy. After the U.S. invasion, enforcement quickly broke down, the ban was lifted and the longstanding illicit economy returned. From 2015 to 2020, Afghanistan took a stunning 83 percent of global opium production. 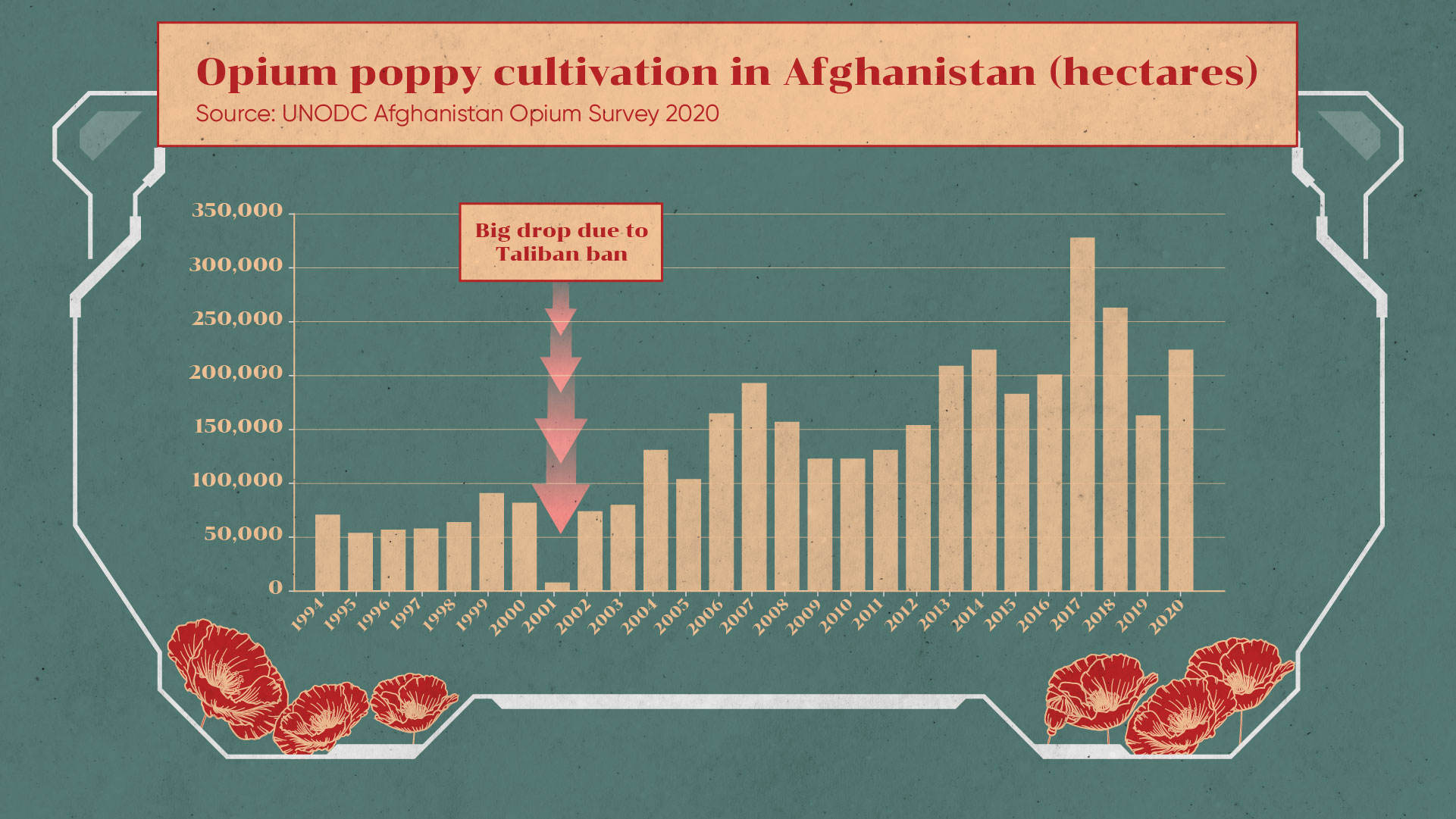 There were occasional reductions after 2001. But the initial objective of the U.S. invasion was never about eradicating the drugs industry in Afghanistan, and the U.S. military relied on poppy farmers who could provide intelligence, as well as warlords who were often deeply involved in the drug economy.

As a result, the large-scale and vigorous counter-narcotic efforts by the U.S. and its allies may have looked good politically, but turned out to be unsustainable and futile in practice.

No matter what kind of promising intentions the U.S. had, they have become fragile compared with the profits it gained from the wars, and yet the price was paid by civilians who deserved a peaceful life.