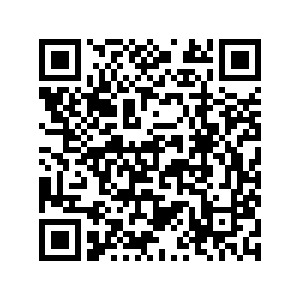 Chinese State Councilor and Foreign Minister Wang Yi on Tuesday called on Ukraine and Russia to find a solution to their current conflict through negotiations, saying China supports all constructive international efforts conducive to reaching a political solution.

Wang's remarks came during a phone conversation with his Ukrainian counterpart Dmytro Kuleba.

Noting the situation in Ukraine has changed rapidly, Wang said the Chinese side deplores the outbreak of the conflict between Ukraine and Russia and is extremely concerned about the harm suffered by civilians.

China's basic position on the Ukraine issue is open, transparent and consistent, the Chinese foreign minister said, adding China has always advocated respecting the sovereignty and territorial integrity of all countries.

China believes that the security of one country should not come at the expense of the security of other countries, still less should regional security be guaranteed by strengthening or even expanding military blocs, Wang stressed.

In response to an upsurge in fighting, the Chinese foreign minister told his Ukrainian counterpart it is imperative to ease the situation on the ground and avoid escalation or even loss of control of the conflict.

He added it is especially important to prevent harm to civilians and the emergence of a humanitarian crisis. The timely access for humanitarian aid should be ensured, said Wang.

Kuleba briefed Wang on the first round of the Ukrainian-Russian negotiations, saying that ending the war is the highest priority for the Ukrainian side.

He said the Ukrainian side is open to solving the issue through negotiations and treats the negotiations with Russia with positive sincerity.

Despite the fact that the current negotiations are not progressing smoothly, the Ukrainian side remains calm and is willing to continue to push forward the negotiations, Kuleba added.

The Ukrainian foreign minister stressed that China has played a constructive role in the issue, and Ukraine is willing to strengthen communication with China and expects China to carry out its good offices to achieve a ceasefire.

The Chinese foreign minister also clarified China's stance on ensuring the safety of Chinese citizens in Ukraine, urging the Ukrainian side to assume the corresponding international responsibility.

Wang stressed that the Chinese government attaches great importance to and cares about the safety of Chinese citizens in Ukraine.

Chinese citizens in Ukraine are the messengers of friendship between China and Ukraine and are the friends of the Ukrainian people, he added.

Noting the Chinese side is evacuating students and expatriates from Ukraine, Wang appreciates the support and cooperation of the Ukrainian side and the friendly help from all sectors of Ukrainian society.

China appreciates the opening of a special train for the evacuation of foreign nationals in Ukraine, which is in line with the international humanitarian spirit, he added.

Kuleba, for his part, noted that ensuring the safety of foreign citizens is an important responsibility of the Ukrainian side.

The Ukrainian side attaches great importance to the Chinese side's concerns and is assisting Chinese students and others to evacuate smoothly, he said, adding Ukraine will continue to do a good job in a responsible manner to ensure the safe evacuation of foreign citizens.