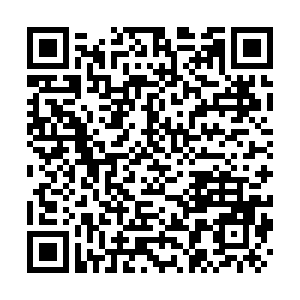 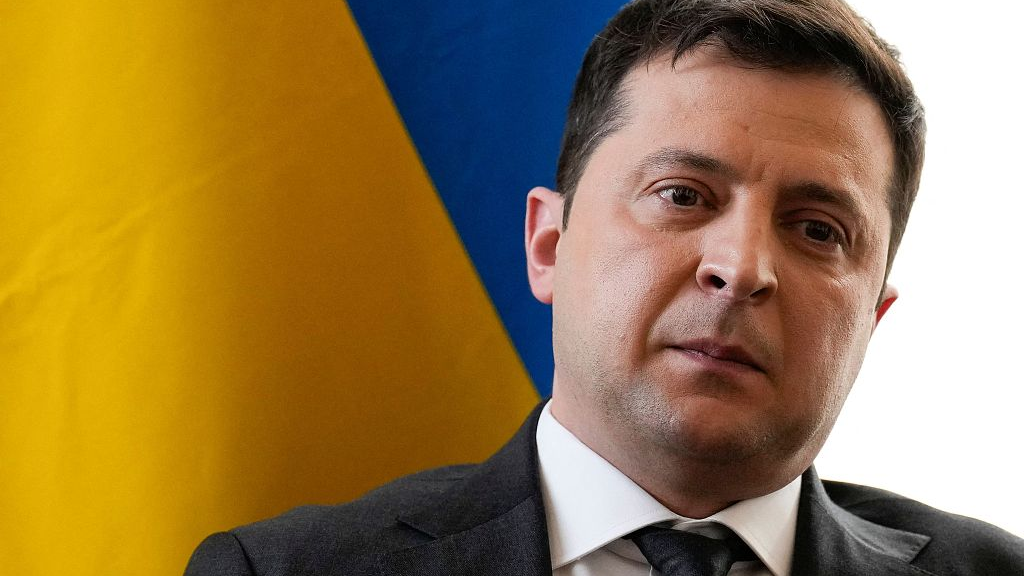 At a time when hundreds of thousands of refugees have fled from Ukraine to neighboring nations, it's wishful thinking to assume that the United States will ever show any intention to support a world order per the principles defined by the United Nations and the international civil society.

As it happens step by step, the "exceptional nation" shows every intention to continue to misread Russia's reaction on NATO's eastward expansion in order to assert its influence in Ukraine, even if that means supporting the ongoing havoc, bloodshed and misery that happen to be in the middle of post-Cold War rivalries between the East and the West.

It's so obvious that the War Party in Washington can never imagine its NATO allies without Ukraine. They need Kyiv to counter Moscow's influence in Eastern Europe, which is a long-term strategic alliance. Far from irrational, expect tensions between Washington and Moscow to continue and rise on multiple fronts.

Siding with the U.S. was a grave mistake for Kyiv. All the evidence suggests that Western support for Kyiv will disappear soon, as it did in post-invasion Iraq and Afghanistan. The Pentagon generals will never defend the Ukrainians against Russian forces, and it should surprise no one. Kyiv made its biggest mistake in trusting Washington, and the news shouldn't go so well elsewhere in the world, which is warning against reckless escalations.

With that in mind, consider the following.

Russia's "military operation" in Ukraine is not about extending power and influence. It's the result of the West's rebuttal to take seriously Moscow's concerns over extending NATO closer to its peripheries. The strategic goal is to deter NATO's support for Ukraine by showing how far Moscow is willing to go, irrespective of reeling under economic sanctions and diplomatic pressure.

Per Western media, the U.S. has updated its nuclear attack guidelines. It comes after Russian President Vladimir Putin demanded his nuclear force be put on high alert. However, this shouldn't allow any party to force the other to dictate its war policy. Even in doing so, NATO members won't steer themselves into a direct conflict.

There has been a lot of evidence in Ukraine that, if necessary, Washington will impose further sanctions on Moscow. Washington doesn't place sanctions on Moscow to serve the Ukrainians. It's to protect its own illicit interests. Then again, it's another shower of rocks that it is dropping on its own feet.

Russia has set up financial arrangements that bypass these carefully calibrated sanctions. It has reduced its dependence on the dollar by cutting U.S. securities holdings and settling more trade payments in other currencies. 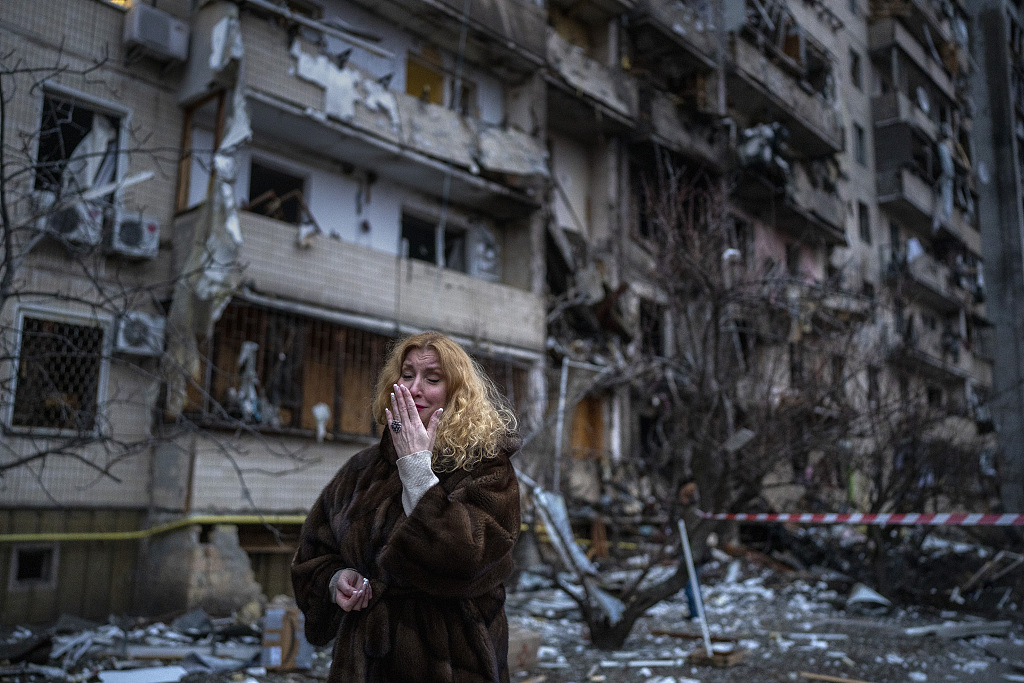 A woman reacts next to her house following a rocket attack in the city of Kyiv, Ukraine, February 25, 2022. /VCG

A woman reacts next to her house following a rocket attack in the city of Kyiv, Ukraine, February 25, 2022. /VCG

Ukrainian President Volodymyr Zelenskyy knows that he cannot contravene NATO and U.S. interests without consequence. His insurance policy is the country's geographical location. Throughout the post-Cold War era, Ukraine's proximity to Russia made it a great base for Western influence. If at all, any conflict against Russia offers no guarantee that air bases in Ukraine would be one day crucial to NATO military efforts.

Zelenskyy is aware that Ukraine is still a nice place to have a NATO troop presence. He has (on numerous occasions) called on NATO to speed his country's NATO membership – a bold red line for Moscow. The translation is that Ukraine will never be put on a pathway to future membership to halt the long-running conflict in the eastern Donbas region.

In wall-to-wall coverage, it's a new world order today. Tensions between NATO, Kyiv and Moscow will continue to rise on multiple fronts. Siding with the U.S. and NATO was a grave mistake for Ukraine.

All the evidence in the war-torn country suggests that Western support for Kyiv won't be there forever, as it did in post-war Iraq and Afghanistan. If the Middle Eastern history teaches us something, the West's lofty words and feelings will be betrayed by the brutal reality of geopolitics in the new world order.

The truth is beyond reach and there's no need to move toward a blood-soaked stalemate. The people and government of Ukraine are better off conceding that no country is an "exceptional nation," and support the new world order operating under the fundamental norms of international law and multilateralism, and not hypocrisy and nihilistic thirst for geopolitical influence and destruction.

There is no alternative and no need for the post-Cold War rival powers to threaten the planet by needling each other in Ukraine.