Download
Tanmen Town: The place where fishing nurtures dreams
In the Field 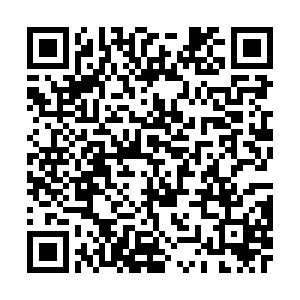 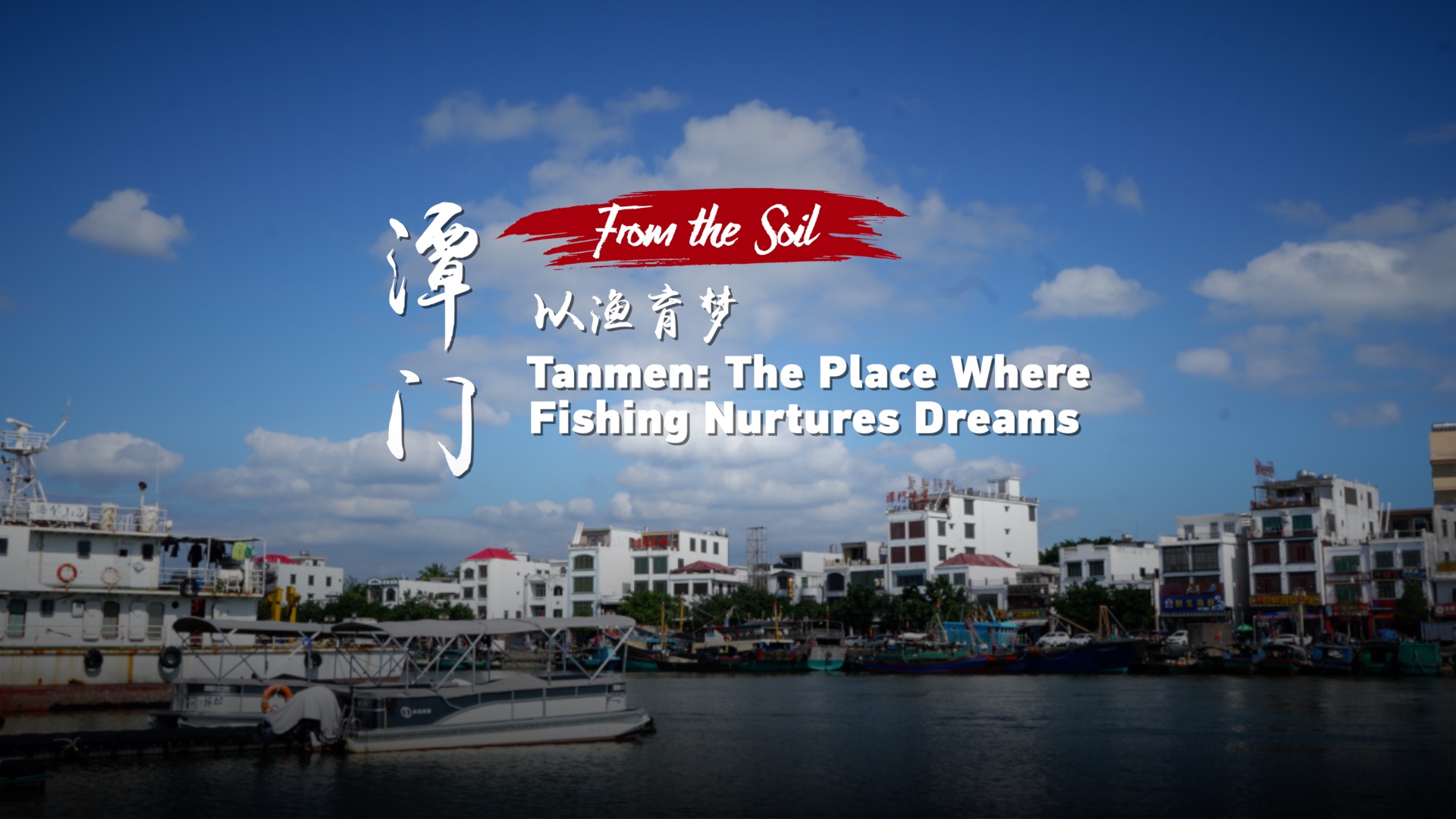 Editor's note: After eradicating absolute poverty in 2020, China is on the path of realizing rural revitalization. In the video series "From the Soil," CGTN invites development experts to China's rural regions to investigate the methods used to head toward rural revitalization. In the first episode, Mario Cavolo, a senior fellow at the Center for China and Globalization, goes to Tanmen, a fishing village in south China's Hainan Province. The views expressed in the video are his own and not necessarily those of CGTN.

As an age-old practice, fishing has been China's lifeblood. It is a culture rich with gifts from teeming waters. From the Yellow River to the Yangtze and the East China Sea to the South China Sea, bounties from these waters have nurtured generations after generations, forging a distinct character among its fisherfolk.

However, these bounties have a limit. Taking too much from these waters has its drawbacks. For most fisherfolk, a dwindling catch means a slide into poverty. But it's not too late.

Wang Zhenzhong was born into a family of fisherfolk. Wang's father and grandfather were famous fishermen of Tanmen. Apart from their rich sailing experience, the family was famous for a historical route book called "Geng Lu Bu" or "Manual of Sea Routes," handed down since the Yuan Dynasty (1271-1368) as a major guide for navigating the South China Sea.

Despite his family background, Wang developed an interest in music. His passion for music led him to the Chinese capital Beijing, where he learned guitar and began to enjoy a comfortable life.

It was a phone call from his grandmother in 2013 that led him back home. Chinese President Xi Jinping had visited Hainan then, including Tanmen, Qionghai, sounding off efforts to turn the island from its traditional fishing roots into an international resort island and a modern services industrial hub. It's music to the ears of his family who encouraged him to return.

Wang's return is one of rediscovery, breathing new life into his seaside hometown.

He opened a local bar, a way to nurture his music career. But this time, his music pays homage to his hometown's maritime roots. 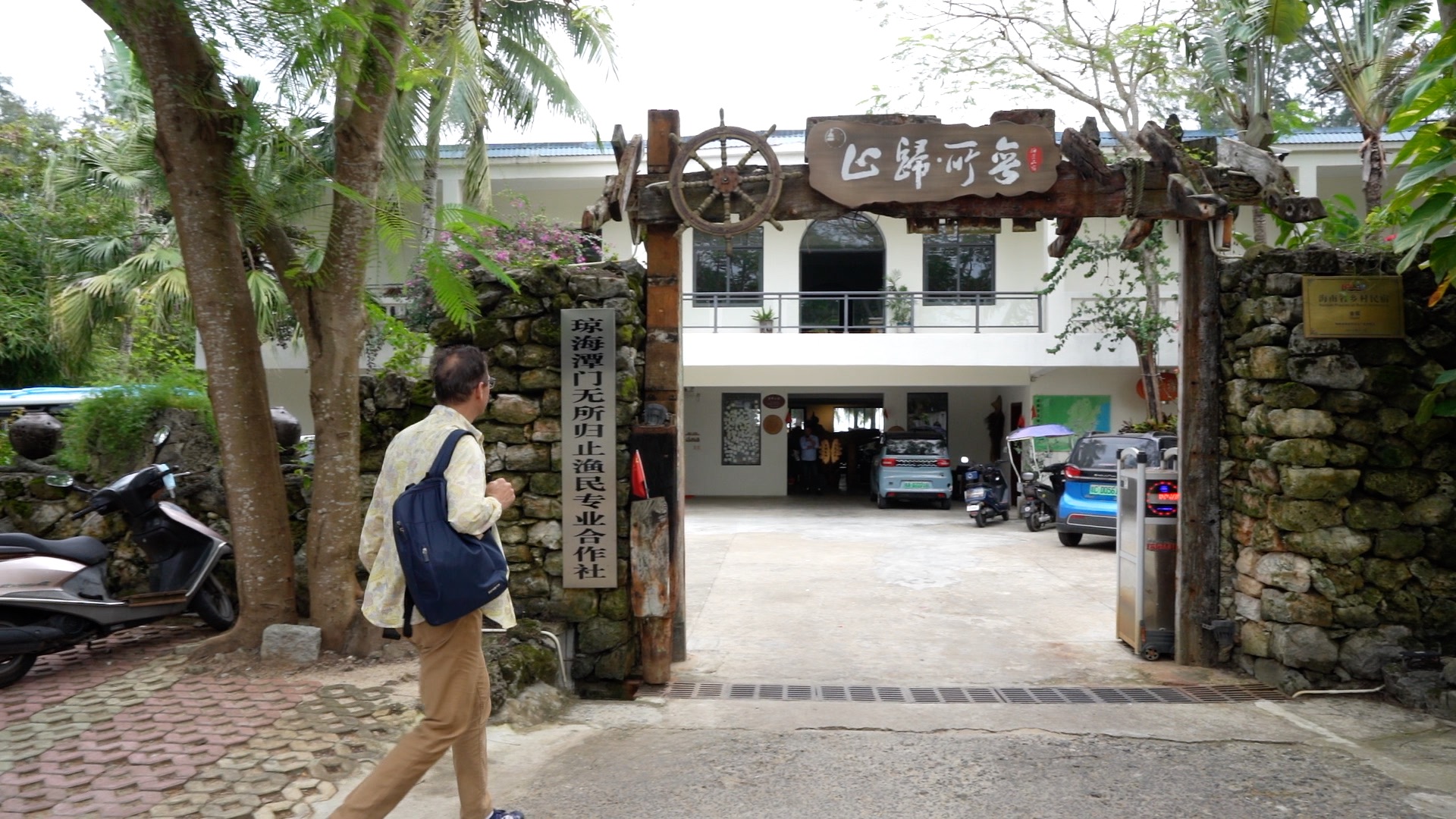 He also opened a local history and culture museum. At his Tanmen Story Museum, I found a diverse collection of cultural artifacts, antiques, maps and relics of timeless stories about sea heritage from his grandfather and great grandfathers.

"After coming back, I found that there is so much beauty waiting for us to discover, so I started the story museum. It is a showcase of Tanmen's culture, history and spirit through thousands of years. Let more people have a closer look, a way to understand, our ancient sea roots – the millennium-old fishing port," said Wang.

As we journey on, we talked about how a fast-growing economy could do wonders in rewarding the efforts of locals like the Fu family. With his hometown's booming tourism industry, Fu Minglin, who spent 10 years eking out a living from the sea, has seized the opportunity to change his family's life for the better. Fu and his wife Huang Ai opened a seaside boutique tourist hotel named Wu Suo Gui Zhi.

Besides the unique seaside homestay, he also offers diving and fishing activities for tourists, raking in about 200,000 yuan (nearly $31,700) per year. From the Fu couple, I sensed strong family values with their two daughters who share their parents' deep appreciation for and desire to share local culture and history.

"The reason why I chose to start a business in my hometown is because I have my roots here, and I can stay with my family. I think this is a very important part of life. I'm happy to be with my family," Fu said.

With China's tireless pursuit of a better life for its people, there are more and more places in the country where a modern, high-tech lifestyle can blend with traditional rural life. These are unique and admirable stories of the lives of real people doing their best and often succeeding in finding their great place in the world. In our visit to Tanmen, the promise of the future converges with the touch of old-world charm in a quaint fishing village.