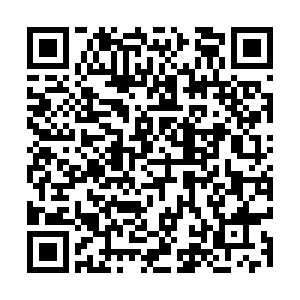 Clashes erupted between New Zealand police and anti-vaccine mandate protesters on Wednesday as officers, armed with riot shields, towed away vehicles and dismantled tents set up outside the country's parliament grounds.

Taking inspiration from truckers' demonstrations in Canada, hundreds of protesters have been blocking streets near the parliament in capital Wellington with trucks, cars and motorcycles for more than three weeks.

Police said 60 people were arrested and they had "gained significant ground" in efforts to clear the protesters. At least three officers were injured, police said.

Authorities used loudspeakers to warn protesters they face arrest for trespassing on parliament grounds if they refuse to leave. Pepper spray was used against some protesters.

"We have from the start endeavored to de-escalate the situation. However, the balance has tipped and now is the time to bring this to an end," Police Commissioner Andrew Coster said at a news conference.

The protest began as a stand against COVID-19 vaccine mandates but was later joined by groups calling for an end to all pandemic restrictions.

"We are fighting for our standard of life. We want our sovereign right to our bodies," said Kate Siegert, who is unvaccinated, as she watched protesters move forward to block police advances.

Siegert, who has made several trips from her home in Auckland to join the protest, said even though she worked in IT, she lost her job because of mandates requiring vaccination for those who work in the health industry.

At least 10 children were seen within the protest area. Police said they had concerns for their well being.

Lisa Suasua, 55, who has been part of the protests for weeks said she will stay until the end.

"They (the police) have been pretty brutal. They don't talk, they ask us to move on," she said.

"They came in about 6 in the morning and started pulling up the tents in the church (grounds) that has women and children in it and just started coming through with their riot gear," she said.

A country of five million people, New Zealand imposed tough anti-virus curbs that restricted its cases to just over 118,000 and 56 deaths, far lower than in many developed countries. But fueled by the Omicron variant, daily infections are currently hovering near record levels.

About 95 percent of eligible people are vaccinated with two doses, with shots mandatory for some staff in front-line jobs.