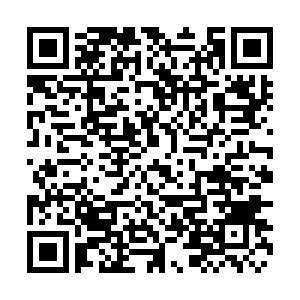 A record 96 athletes of Team China, 68 male and 28 female, will compete in all six sports – alpine skiing, biathlon, cross-country skiing, ice hockey, snowboarding and wheelchair curling – at the Beijing 2022 Paralympic Winter Games, which will start on March 4. 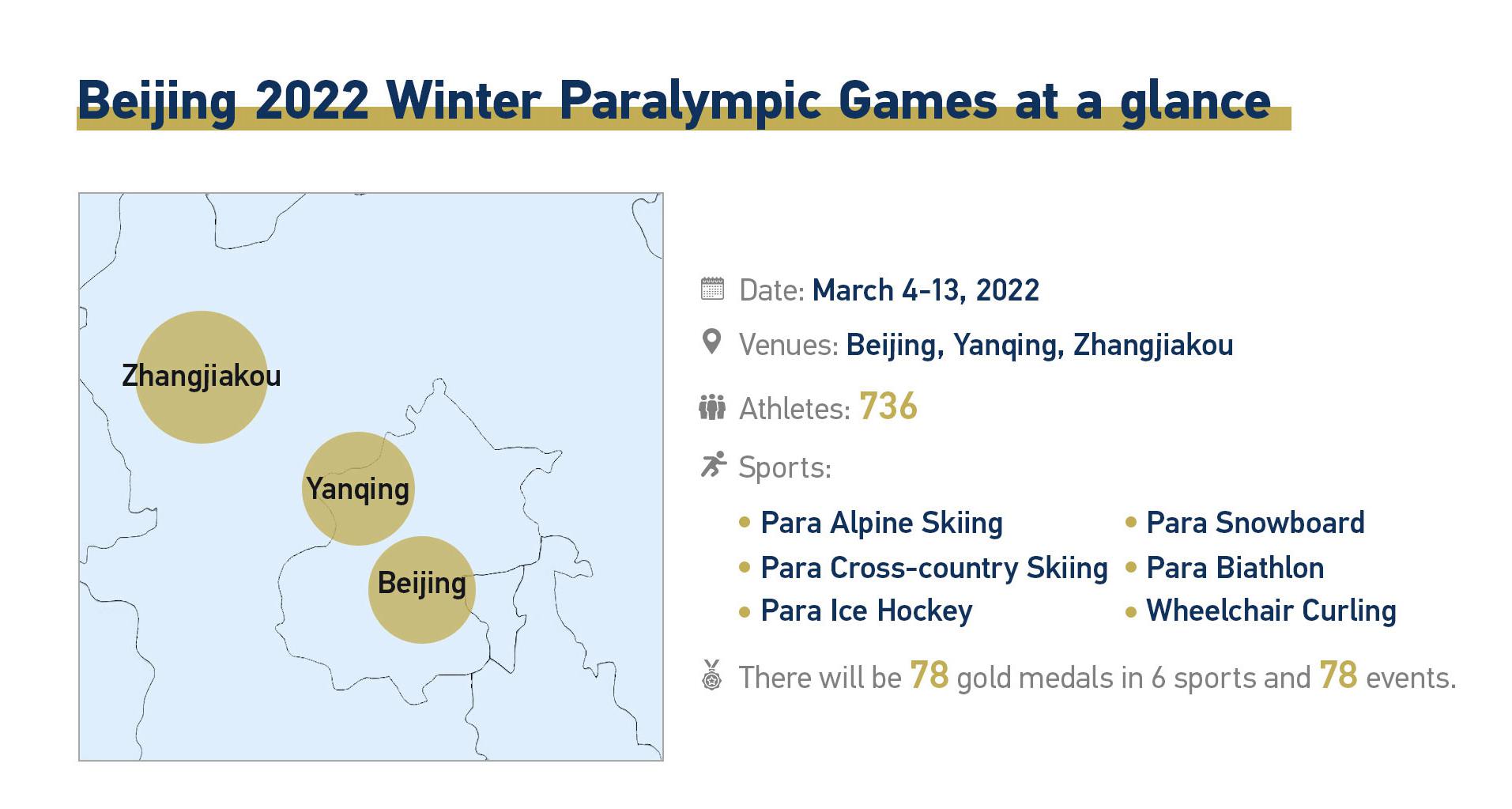 It will be the sixth time for Team China at the Winter Paralympics.

In 2002, China sent a delegation to the Salt Lake City Winter Paralympic Games for the first time, with four athletes participating in alpine and cross-country skiing events. 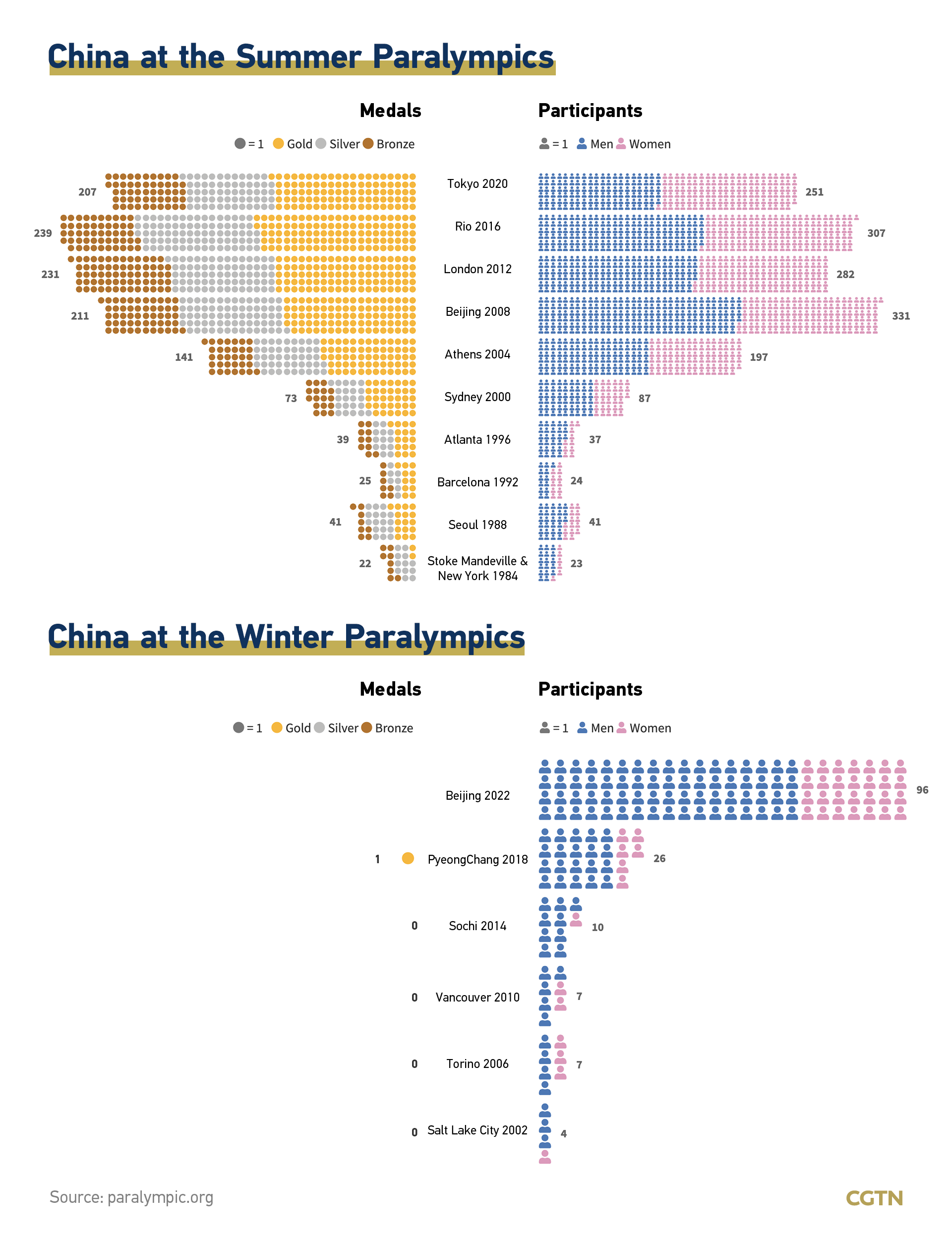 While China entered the Winter Paralympic arena fairly late, it has a shining record at the Summer Paralympic Games.

China made its Summer Paralympics debut in 1984 with 23 athletes, winning 22 medals, including two golds.

At the Athens 2004 Summer Paralympic Games, China topped both the gold medal table and medal tally for the first time. After that, Team China has continued to top the charts at Beijing 2008, London 2012, Rio 2016 and the Tokyo 2020 Summer Paralympics.

Underpinning the achievement is the improvement in sports services for people with disabilities in China.

Governments and organizations at all levels have increased investment in the building of sports venues for people with disabilities. As of 2020, a total of 10,675 disabled-friendly sports venues had been built nationwide, a total of 125,000 instructors had been trained, and 434,000 households with severely disabled people had been provided with home-based rehabilitation and fitness services, according to a white paper titled "China's Parasports: Progress and the Protection of Rights" published on March 3.

The participation rate in grassroots cultural and sports activities for persons with disabilities in China has spiraled, from 6.8 percent in 2015 to 23.9 percent in 2021.

Today, the number of Chinese national Paralympic team athletes has grown from fewer than 50 to nearly 1,000, and that of technical officials from 0 to more than 100, said the white paper.

With the Beijing 2022 Winter Paralympic Games around the corner, more people with disabilities are getting involved in winter sports.

Every year, more than 300,000 people with disabilities participate in snow and ice sports season activities, contributing to China's vision of "engaging 300 million Chinese people with sport on snow and ice," according to the China Disabled Persons' Federation (CDPF).