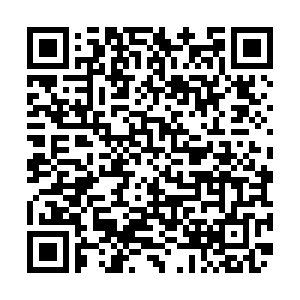 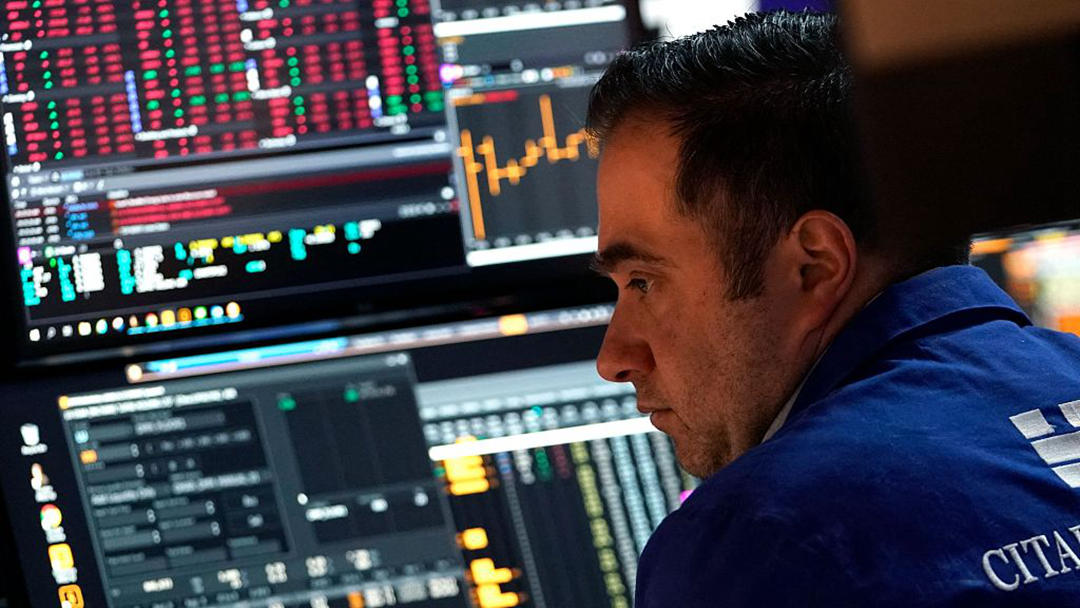 Editor's note: Jimmy Zhu is chief strategist at Fullerton Research. The article reflects the author's opinions, and not necessarily those of CGTN.

Sell-off in global stocks showed some signs of easing in past days after Russia-Ukraine conflict escalated last Thursday. However, investors are watching the situation closely as potential sanctions on Russia and its retaliatory measures could substantially impact the financial market.

Geopolitical events used to be "buy dips" opportunities as these events' impact on economic activities and financial condition were usually short-lived. Since 1990, data shows that S&P 500 index gained most of the time in one month after the geopolitical events started, with an average return of 1.9 percent of total 19 conflicts. However, macroeconomic condition makes the current tension's consequences much more complicated.

Even before the Russia-Ukraine conflicts emerged, the U.S. Federal Reserve's expected aggressive monetary tightening as a result of surging inflation had already jolted the financial market. Now the geopolitical crisis would make sentiment more vulnerable. The ongoing tensions may potentially cause severer consequences, ranging from surging inflation to financial crisis, depending on how the Western countries will impose sanctions on Russia and what measures Russia will take in retaliation.

The longer the geopolitical conflicts stay, the more difficult it will be to reach some agreement through peaceful negotiation. Among all the measures the West may impose on Russia, removing Russia from the SWIFT system is the deadliest threat to the global financial stability.

By restricting Russian access to international financial system, it not only limits the size of Russia's international trade, but also make the country more difficult to repay its foreign debts. If Russia is cut off from the SWIFT messaging system, the country has to look for other substitutes to make any foreign currencies transaction. As exports account for 30 percent of Russia's GDP, the payment restriction would bring significant impact on the country's economic growth.

However, such sanction will also increase financial instability in the rest of the world. World Bank data shows that Russia's total foreign debts reached $472 billion by the middle of last year – more than double the size of Greece's entire GDP in 2020. Kicking the country out of the SWIFT system stands for a higher chance that Russia may miss some of the international debts payment.

Among the European countries, Italy's banking system has the highest exposure into Russia. Furthermore, Italy's debt-to-GDP ratio reached above 150 percent in 2020, much higher than 55 percent for Germany and 98 percent for France. Thus, quick depreciation in Russian assets or any missed debts payment by Russia may put Italy in less resilient position and potentially threaten the regional financial stability in later days.

Russia has introduced little counter measures against the sanctions, and the measures released so far mainly aim to stabilize its own financial system, such as raising the rates and restricting capital flows. However, possibility on more retaliations can't be ruled out if the conflict continues to escalate, as Russia may consider ceasing some energy supplies to some Western countries.

Oil productions in Russia account for around 10 percent of the world, and the country is the biggest exporter of natural gas, mainly to the rest of the European countries. Any disruption in the oil supplies under current tight supply-demand condition may lead oil price to unpredictably high levels, causing the global industrial demands to quickly deteriorate. On the other hand, given that Russia is one of the world's biggest energy suppliers, oil and natural gas supplies would be unavoidably disrupted if the country is cut from the SWIFT messaging system.

Since late last year, surging inflation in some advanced economies, driven by energy prices, have already become a top risk to the global economies. The Russia-Ukraine conflict has made the situation more complicated. On the one hand, U.S. inflation is expected to further grow amid higher energy prices, which should force the Fed to act more aggressively. On the other hand, some investors are hoping the Fed will slow down the pace of tightening amid geopolitical tensions.

Moreover, the Fed is not able to provide much support to the economy and financial market, which may lead to a slower recovery in stocks market than past geopolitical events. For example, S&P 500 dropped more than 10 percent after the 9/11 attack in 2001, but it quickly recovered after the Fed slashed the policy rates by 100bps within a month.

The U.S. inflation was pretty moderated when the 9/11 attack happened, with its CPI merely slightly above 2 percent. Such condition provided room for the Fed to be able to immediately deploy the stimulus measures to support the economy. But the latest U.S. CPI has hit 7.5 percent, which would only force the Fed to put containing the inflation as priority, not growth or financial stability.

Conflicts between the Russia and Ukraine may potentially trigger the energy prices surging and push the inflation much higher and more sustainable. When FOMC March meeting is just weeks away, investors would find little reason to buy dips for now due to large policy uncertainties. Meanwhile, traders are also watching closely on the development of geological tensions as any further escalation will bring more instability into financial market.