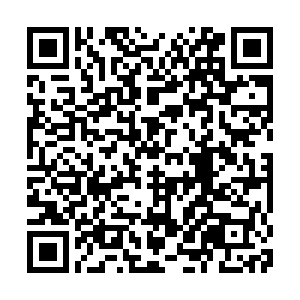 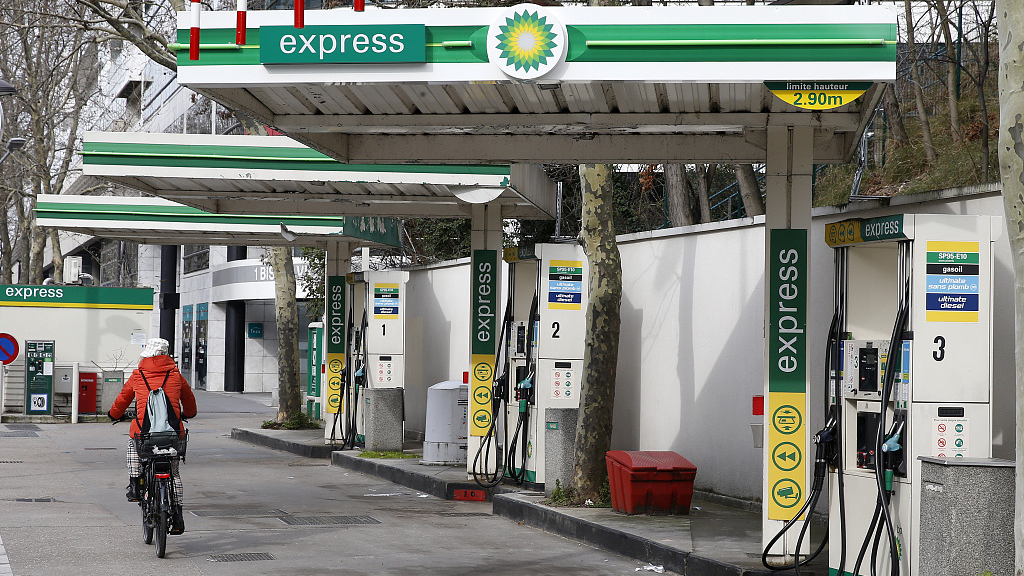 Editor's note: Liu Chunsheng is an associate professor at the Central University of Finance and Economics. The article reflects the author's opinions, and not necessarily the views of CGTN.

Since the outbreak of conflict between Russia and Ukraine, global industrial chains, supply chains and commodity prices have all been severely disrupted. It is not unusual for the world's markets to suffer when two major economies engage in military conflict.

Noble metals and safe-haven assets have soared as gold reached $1,920 per ounce. In a region that's a major supplier and exporter of global energy, especially oil and natural gas, the conflict has led to a surge in oil and natural gas prices. The Brent oil price rose above $100 a barrel within a short time. Furthermore, Russia and Ukraine are important producers of wheat, corn and sunflower oil, thus agricultural products prices have also risen sharply.

At the beginning of the conflict, the market was immediately affected by risk aversion and panic. Investors, consumers and companies from various countries all began to snap up noble metals, oil and gas and agricultural products.

At present, the fighting is spreading in Ukraine. Many residents have begun to flee their hometowns. Agricultural and industrial productions have been interrupted, and the supply cannot be guaranteed, thus there is chaos in the market supply and demand. The United States and Europe began to impose penalties on Russia, trade embargoes followed by sanctions on Russian financial institutions and even the central bank. They kicked Russia out of the SWIFT international settlement system, which will greatly restrict Russia's exports and exacerbate market shortages.

The conflict has affected the ability of traders to fulfill contracts and merchants have to take into account the risks of continuing to do business with companies in both countries, suppressing their willingness to place new orders. It has deranged the logistics systems of the mainland and ports of the two nations, greatly delaying delivery times. Moreover, the surge in oil and gas prices has significantly increased the cost of shipping. In the long run, this will also lead to a hike in the price of fertilizers, thereby pushing up the cost of grain production.

The price rises in wheat and corn, which are the main exports of Russia and Ukraine, will also impact substitution commodities, such as rice and soybeans, resulting in a collective jump in the prices of agricultural products. The Ukraine crisis raised the costs of shipping insurance as well, which was ultimately reflected in the selling prices of goods. Another factor that cannot be ignored is that whenever the world encounters disasters or wars, hot money will make waves. They are the predators of the world markets and will deliberately push up the prices of commodities.

Countries that rely significantly on imports of Russian or Ukrainian agricultural products will feel the heat. Some countries, for example, import a large amount of corn from Ukraine every year for use as food, oil and animal feed. Now the cost of corn has risen, it will not only push up the price tags of corn products, corn oil, but also the cost of raising pigs, thereby increasing the price of pork.

The crisis may have an impact on the global markets throughout 2022, and for different countries, the impact will vary. The United States is far from the main battlefield. Although it will also be affected by rising commodity prices, especially when the United States is plagued by inflation, the flow of capital from Europe to the United States and the rise in the latter's agricultural and energy exports will inevitably cushion the negative influence.

The impact on Europe will be significantly greater, and the influence of geopolitical risks and energy shortages on the economies of Europe cannot be underestimated. For countries with a high degree of dependence on food imports, the rise in global food prices caused by wars will make them bear higher costs, especially for countries in the Middle East, and some least developed countries may even suffer from a humanitarian crisis. According to statistics, more than 700 million people in the world are already undernourished.

The market predicts that the military conflict will exacerbate the serious shortage of chips. That's because Ukraine is the world's main supplier and exporter of neon and accounts for 70 percent of the global market share. Neon is the indispensable raw material for semiconductor lithography and the chip crisis may intensify, thereby pushing up the prices of global electronic products, high-end mechanical equipment, medical equipment, automobiles and other commodities.