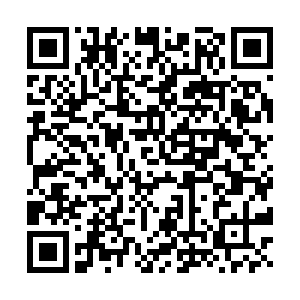 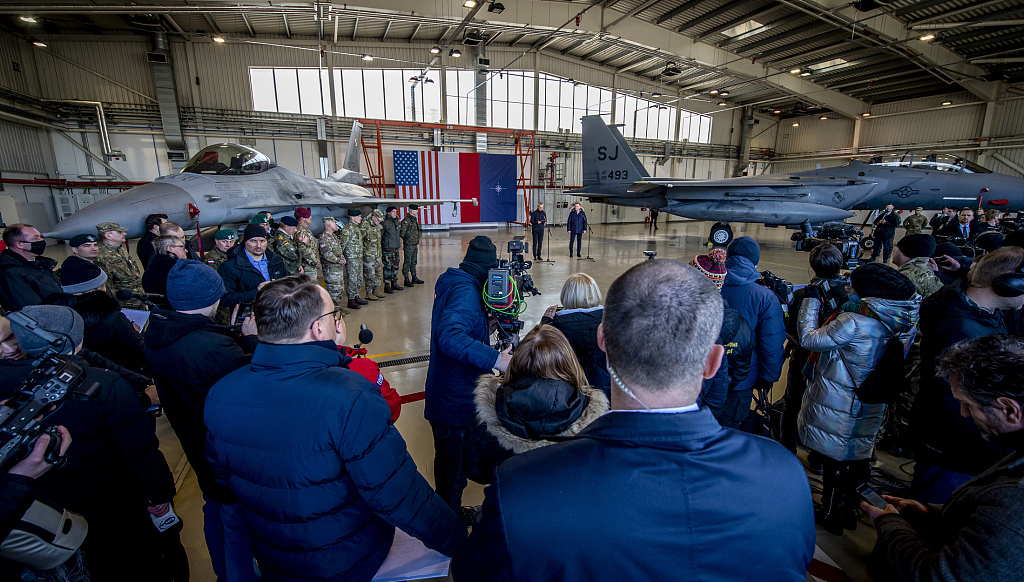 (L-R, the two standing between two fighter jets) NATO Secretary General Jens Stoltenberg and Polish President Andrzej Duda speak to people at an event at an air base in Lask, Poland, March 1, 2022. /VCG

(L-R, the two standing between two fighter jets) NATO Secretary General Jens Stoltenberg and Polish President Andrzej Duda speak to people at an event at an air base in Lask, Poland, March 1, 2022. /VCG

The ongoing conflict in Ukraine, which Russia officially describes as a "special military operation" while that country in which it's occurring regards it as an unprovoked war, will certainly have far-reaching geostrategic consequences across the world. Most immediately, it destroys any hope of a Russian-Western rapprochement that some thought might have been in the cards following U.S. President Joe Biden's meeting with his Russian counterpart Vladimir Putin in Geneva last summer.

This outcome will result in the U.S. galvanizing its transatlantic alliance on an anti-Russian basis, which will in turn lead to prolonged military tensions in Europe. It's worth remembering that Putin earlier talked about NATO's clandestine military infrastructure in Ukraine. He claimed it had been established ahead of a forthcoming surprise attack against his country that he implied would follow the neutralization of Russia's nuclear second-strike capabilities. Russia considers this to be the true crisis.

According to the Russian leader, the U.S. unilateral withdrawal from arms control pacts like the Anti-Ballistic Missile (ABM) Treaty and Intermediate-Range Nuclear Forces (INF) Treaty has destabilized global strategic stability between these nuclear superpowers. Even worse, Putin claimed, was the U.S. deploying anti-missile systems and strike weapons near his country's borders. All of this contributed to his intelligence agencies' conclusion that NATO was planning a surprise attack against Russia.

There's likely no chance these two will enter into any more strategic arms pacts in the foreseeable future. This will worsen security in Europe and will predictably be exploited to boost those countries' military expenditures to the 2 percent of GDP that the U.S. demands of its NATO allies. That could occur at the expense of social spending, which might eventually lead to domestic political consequences in these countries during their next elections, though it remains unclear exactly how that might unfold. 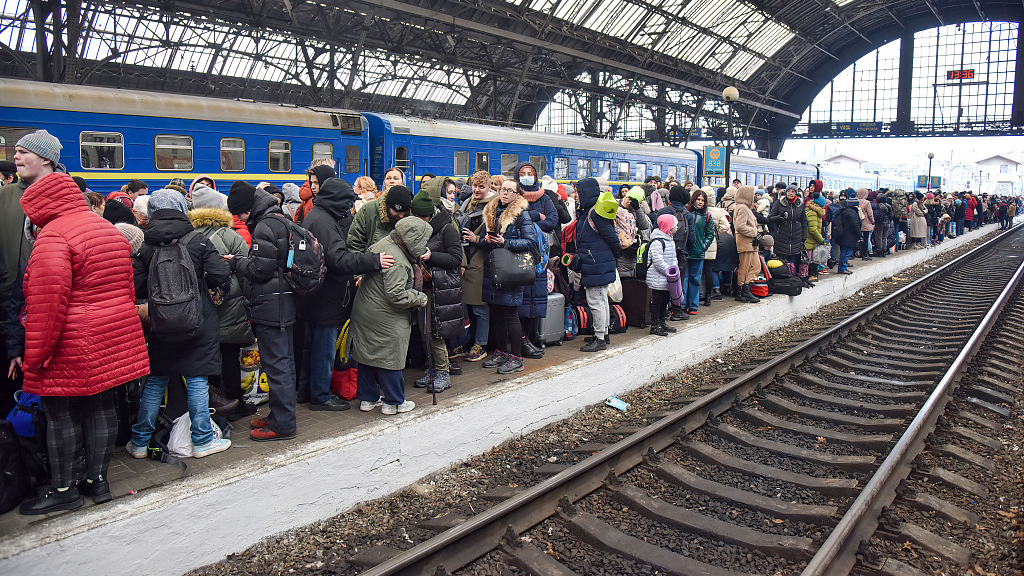 Refugees are seen waiting on the platform for trains to Poland in the railway station of Lviv, Ukraine, February 24, 2022. /VCG

Refugees are seen waiting on the platform for trains to Poland in the railway station of Lviv, Ukraine, February 24, 2022. /VCG

Since the U.S.-led West destroyed its relations with Russia, that major country will be forced to accelerate its grand strategic reorientation towards non-Western countries that's been prioritized since the initial imposition of sanctions against it in 2014. This will see Russia strengthening its strategic relations with China, India, Iran and Pakistan in particular. Moscow is also expected to develop closer ties with countries in Latin America, Southeast Asia, West Asia, and Africa.

It's important to draw attention to the neutral and pragmatic stances exhibited by China, India, Iran and Pakistan. These countries are regarded by Russia as priority partners for implementing its Greater Eurasian Partnership (GEP) and are also members of the Shanghai Cooperation Organization (SCO). The GEP aims to comprehensively expand connectivity across the supercontinent, focusing first on its top two Chinese and Indian strategic partners, followed by new partners like Iran and Pakistan.

Each plays their own role in Russia's multipolar grand strategy. China serves as the dual engine alongside Russia itself in accelerating the ongoing global systemic transition to multi-polarity. China also has copious financial reserves and could potentially extend such assistance to Moscow upon request.

As for India, that South Asian state is Russia's decades-long partner. It proudly rebuffed American sanctions pressure to go through with its deal to purchase Russia's S-400 air defense systems. These two also signed an impressively detailed, reaffirmed strategic partnership pact during Putin's visit to New Delhi in early December. Furthermore, India is located in the northern reaches of its eponymous ocean, which is expected to have enormous future potential. It'll likely help Russia establish itself there.

Regarding Iran, it's an energy superpower whose promise has hitherto been left largely untapped due to the U.S. unilateral sanctions regime. Russia is also a world leader in this sphere and its globally- renowned companies can help develop the Islamic Republic's reserves. That could help Moscow maintain foreign currency revenue streams in the future should Tehran's energy exports return to the global market, whether upon the lifting of U.S. sanctions or due to the world's necessity for such imports.

Pakistan serves a very different function for Russia, though no less of an important one. These former rivals' rapid rapprochement in recent years was driven by shared security concerns stemming from Afghanistan. Islamabad helps Moscow contain terrorist and other security threats coming from that war-torn country. This in turn ensures the security and stability of its Central Asian allies that are located in what many regard as Russia's so-called "soft underbelly," which thus ensures Russia's own security.

Bearing in mind the author's prediction that China, India, Iran and Pakistan will figure much more prominently in Russia's multipolar grand strategy in the coming years, observers can conclude that the SCO in which they all participate will naturally become among the most important global platforms in the future. Its members will continue pooling their efforts to jointly accelerate the emerging multipolar world order that'll ultimately restore equality and justice to international relations.