Download
Which countries did not back the UN resolution on Ukraine?
CGTN 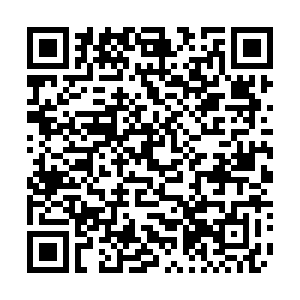 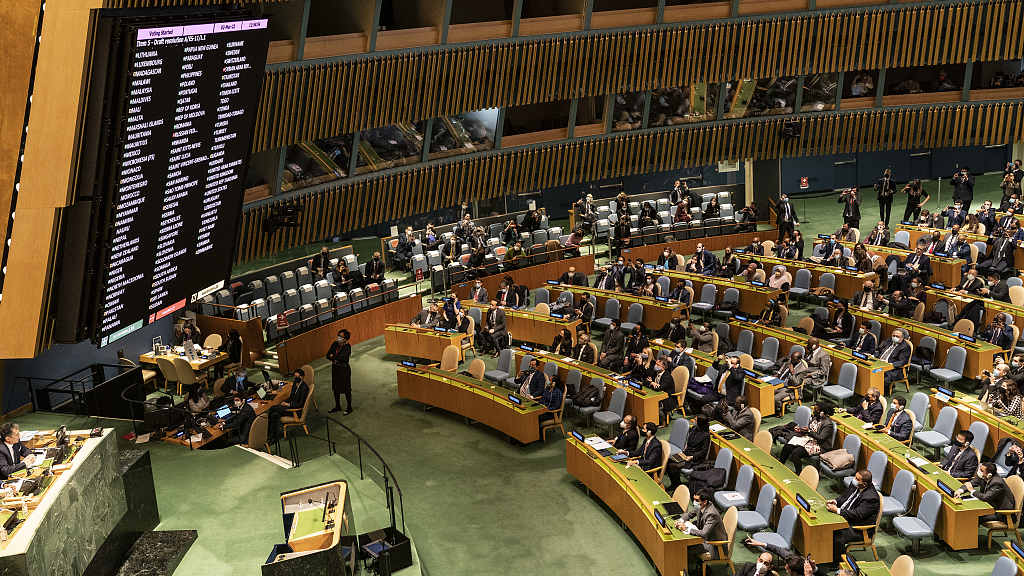 Members of the United Nations cast their votes as they are displayed on a big screen during an emergency session of the General Assembly at UN Headquarters, New York, March 2, 2022. /CFP

Members of the United Nations cast their votes as they are displayed on a big screen during an emergency session of the General Assembly at UN Headquarters, New York, March 2, 2022. /CFP

While an overwhelming majority of the United Nations General Assembly voted on Wednesday to approve a resolution denouncing Russia's military operation in Ukraine, 35 countries abstained and four joined Russia in voting against the measure.

Who are the countries that abstained, and why did they take this route?

Armenia, an abstainer, thinks diplomacy is the way forward. Prime Minister Nikol Pashinyan said on Wednesday he was "deeply saddened" by the ongoing conflict in Ukraine and hopes that diplomacy will be able to "silence the artillery," according to U.S.-based Armenian news outlet Asbarez.

A second round of talks between Russia and Ukraine is expected to take place on Thursday, three days after the first round yielded little progress.

Armenia previously voted against a resolution by the Council of Europe to suspend Russia. It was the only country in the 47-member organization that cast the same vote as Moscow.

The former Soviet republic is a member state of the Commonwealth of Independent States (CIS), an alliance formed after the dissolution of the USSR. Three other CIS members, Tajikistan, Kyrgyzstan, Kazakhstan took the same stance as Armenia in the UN vote.

India, which enjoys close ties with Moscow with which it has significant arms deals, also abstained on the UN resolution. According to local media, Prime Minister Narendra Modi has been in talks with Russian President Vladimir Putin about the situation in Ukraine and the evacuation of Indians from the country.

Taking the same side as India on Wednesday's vote was its regional rival Pakistan, whose envoy to the UN said in an address to the General Assembly that his country upheld the "principle of equal and indivisible security for all."

Putin has said he was forced to launch the military operation in Ukraine because his security concerns over NATO's eastward expansion were not addressed.

Iran, another abstainer, blames the current situation in Ukraine on Washington. "We are in favor of stopping the war," Supreme Leader Ayatollah Ali Khamenei previously said in a televised address, adding that the root cause of the crisis was the "mafia regime" of the U.S.

The former U.S. administration launched a "maximum pressure" campaign against Tehran and withdrew from a nuclear deal in 2018.

The U.S. and its allies had warned for weeks of a "Russian invasion" before Moscow made its military move last week. They have since imposed a slew of harsh sanctions against Russia.

Sudan, which desperately needs outside support to battle its debt distress, is one of the African nations that abstained. Last year, a military takeover of the country's sovereign council drew the condemnation of the U.S., which then pulled economic aid to Khartoum.

General Mohamed Hamdan Dagalo, the deputy head of Sudan's military-led Sovereign Council, has just flown back to his country after a week-long visit to Russia. Khartoum has ignored a European Union request to denounce Russia, and instead called for dialogue to resolve the conflict in Ukraine.

South Sudan, which is subject to an international arms embargo and struggles with a deeply isolated economy, also abstained.

So did South Africa, the second-largest producer of palladium in the world, with its BRICS partner Russia the largest. In a media statement explaining why it abstained, the foreign ministry said, "It is understood that one of the root causes of the conflict is related to the security concerns of the parties. This should have been addressed in the resolution."

China said it abstained because the draft resolution "has not undergone full consultations within the whole membership" of the UN and "does not highlight the importance of the principle of indivisible security or the urgency of promoting political settlement and stepping up diplomatic efforts."

"Any action by the UN and the relevant parties should give priority to regional peace and stability and the universal security of all parties, and should play a positive role for de-escalation and diplomatic solutions," Zhang Jun, China's permanent representative to the UN, told the General Assembly.

The resolution approved on Wednesday demanded Russia "immediately, completely and unconditionally withdraw all of its military forces from the territory of Ukraine within its internationally recognized borders."