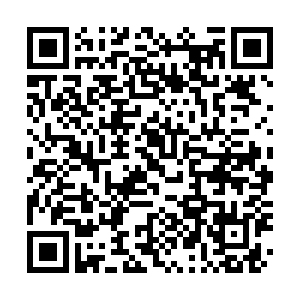 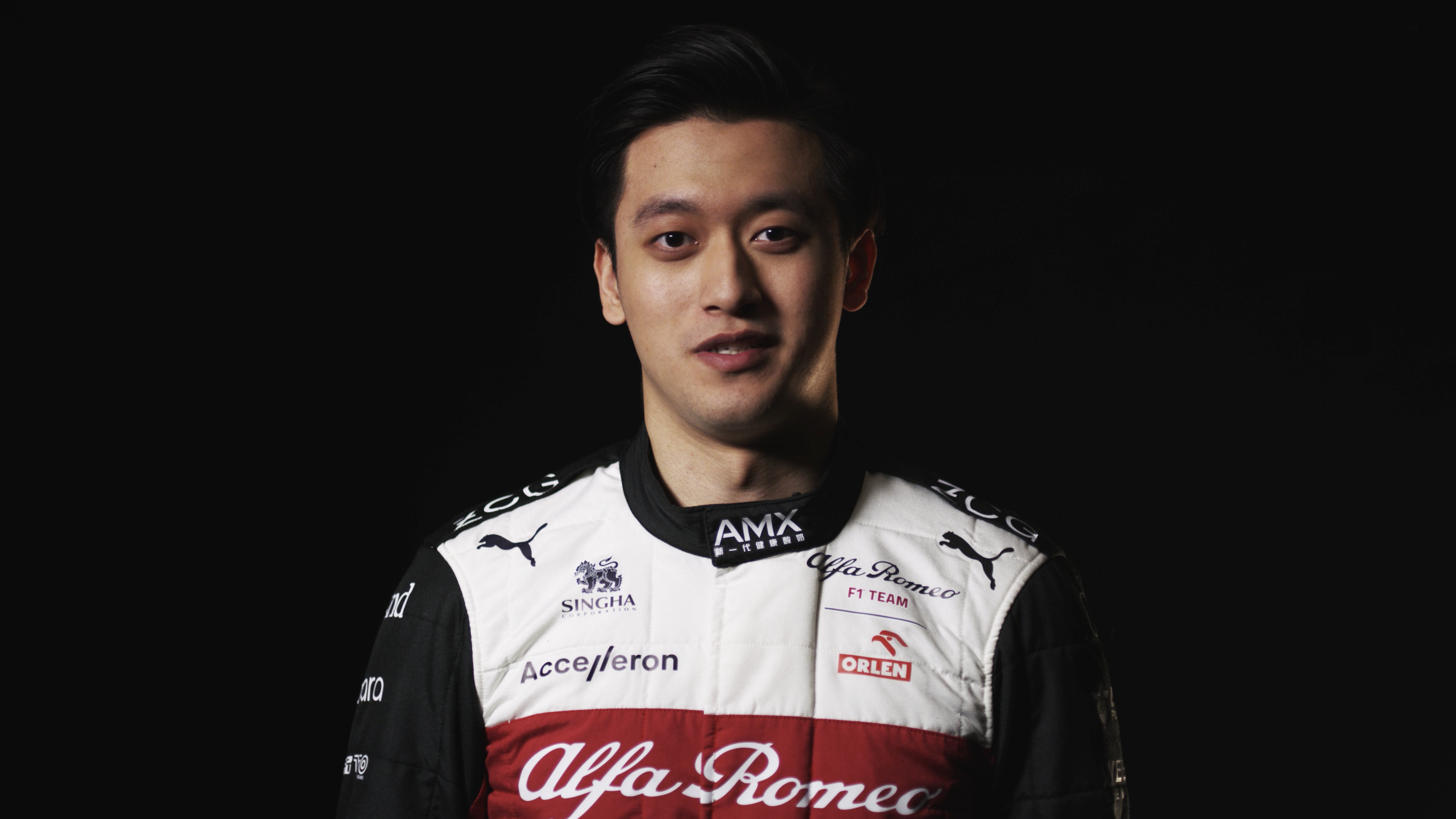 As China's first Formula One driver in history and the only rookie of the season, Zhou Guanyu, 22, shared his excitement and goals before the season officially kicks off on March 20 in Bahrain. He said Kobe Bryant was always an inspiration to him, and he wanted to use the "Mamba" mentality in his F1 journey.

Zhou has just finished his pre-season testing session in Spain from February 23 to 25. 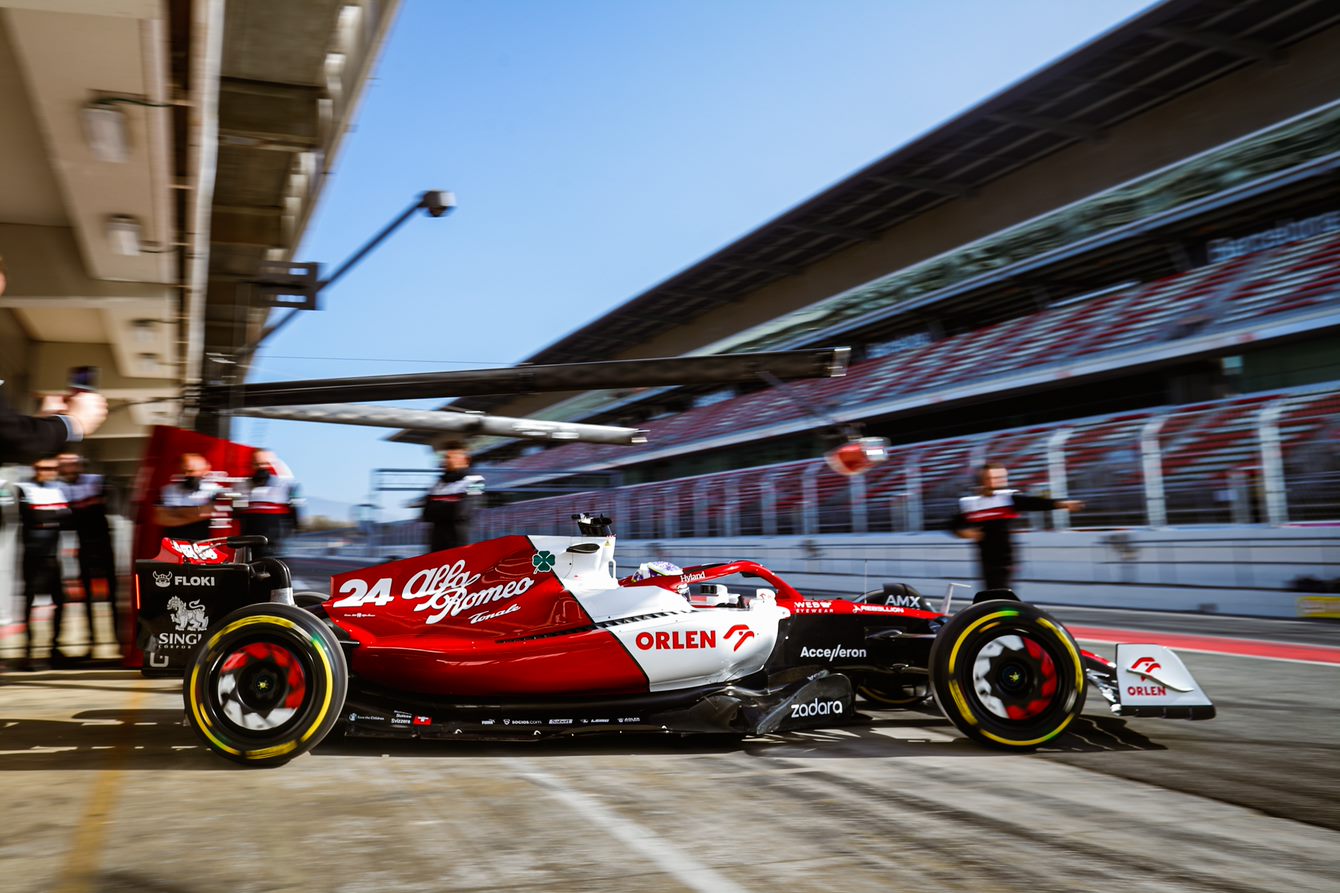 Q: How excited are you about your new adventure?
A: I'm so pumped up for the 2022 season: a new era, a new car, a new start where we're all back to basics. For me, of course, it's the first season so maybe it takes a little less adapting. As a team, we really have to find what's the best way of moving forward or finding speed. The season will be, especially at the beginning, down to whatever team that can find its feet the earliest and develop the whole car in the right direction. Overall, I think it is a little bit more like a blank slate, and I am super excited for the first race of the season in Bahrain.

Q: You're the only rookie in the 2022 season. Do you feel any pressure?
A. There is, of course, a little bit of pressure but it doesn't really get to me because I felt more of it in the past. Last season, for example, there were a lot of people watching me in Formula 2 at the end of the year, but I think I dealt with that pretty well. In all these years of racing, I was able to try and adapt myself, mentality wise, and react to the different situations. Formula One is a new experience, a new world that I have to get used to: I will have to settle in, especially at the beginning, but I'm ready to follow in the footsteps of the rookies from previous years and try to beat them. 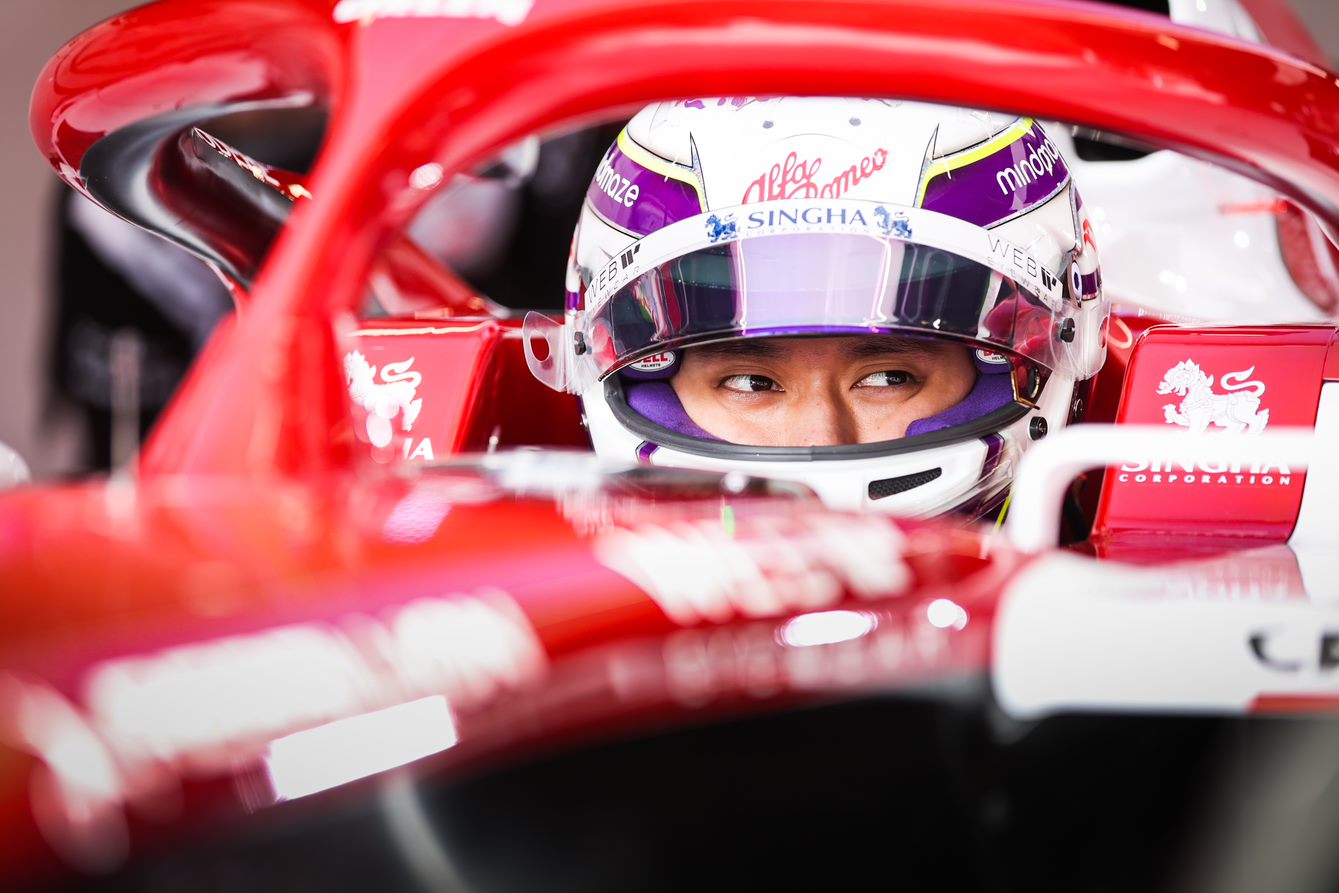 Q: What does it mean to be the first Chinese driver in F1 history?

A: It's a huge relief! It's the dream I have been chasing since I first got into a go-kart, and I have always known how difficult it would be. The journey to Formula One was incredibly tough, there were so many things I had to sacrifice – and my family had to sacrifice too, without knowing if this dream would become true. I am really proud this happened, and hopefully, it can grow the interest in motorsport in China. My way up the ladder was very difficult, because motorsport starts a lot more behind compared to Europe. I had no role model to follow, and I had to leave my country when I was very young – everything was new to me. I had nobody who could guide me or help me make the right decisions, but now I am here and hopefully, I can inspire some dreams in the motorsport fans in China.

Q: What has been the most surprising part of becoming an F1 driver? Is it much different from being in F2?

A: From F3 to F2 already is a big difference, not just in engine power but also in how you work as a team. Everything becomes more intense, but it's also so exciting. You're in the support series of F1, you race on the same weekends, and you start interacting with F1 teams. It’s such a cool thing, and it's great that drivers doing well in F2 have a chance to step up into the top tier. F1, though, is a different story. I remember my first test at Paul Ricard in 2019 – after one day, I was knackered. I was barely able to move my neck around. It's incredible the amount of downforce these cars can generate, and the speed you can carry into the corners, and how you are two or three gears up compared to F2 or F3. It's a great feeling to drive these fast cars, with so much downforce and incredible braking. Even watching the cars go around a track, you cannot imagine the G forces the drivers are withstanding lap after lap, all weekend. 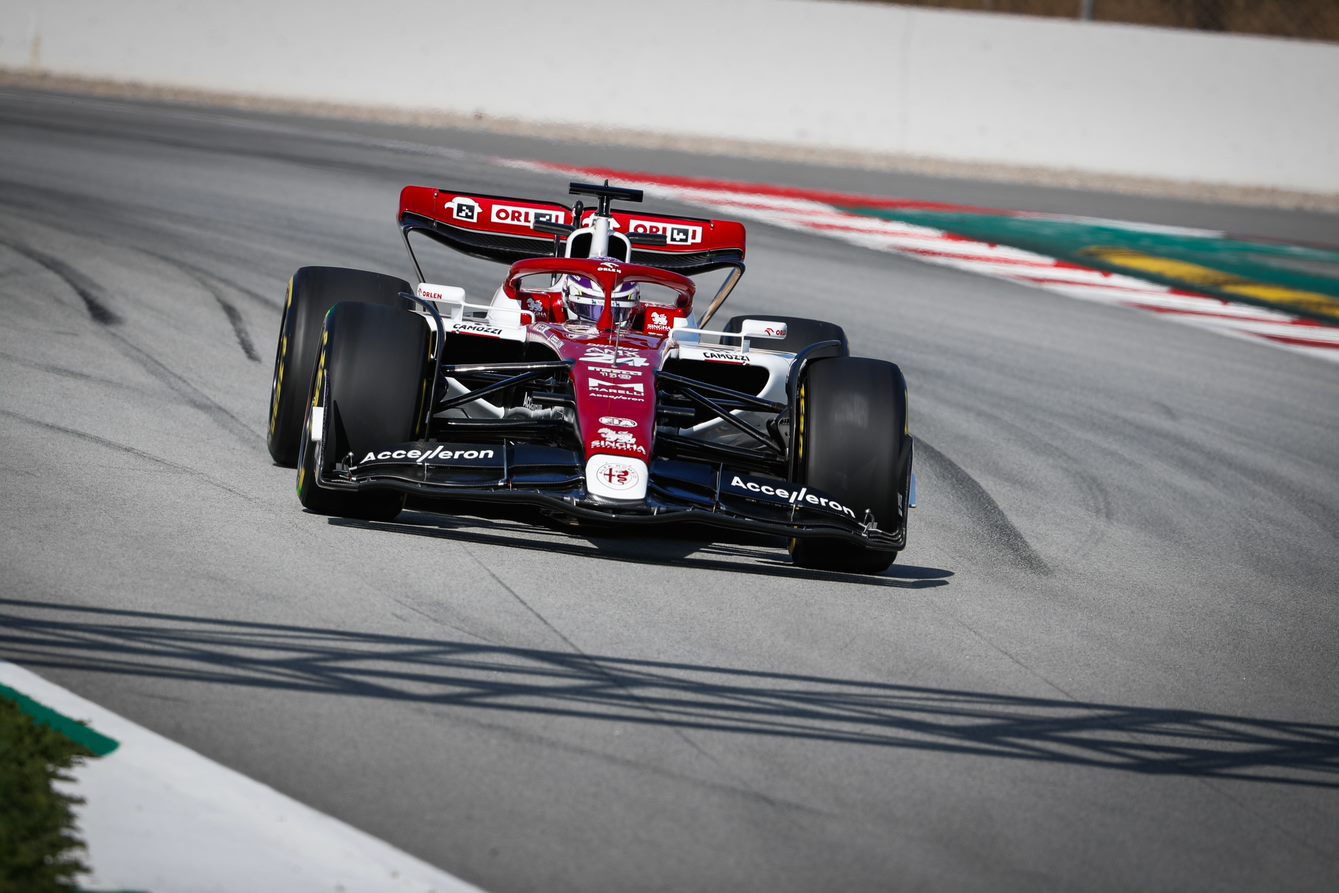 Q: How would a successful rookie season look for you?

A: I would want to achieve as many points as possible and always be in Q3. That's the goal – I don't know what Fred said, but I think that's the goal that I want to achieve! On a personal side, I want to show my ability, that's very important for me. I'm ready to find my way in Formula One, trying to explore everything I have. I also want to be part of the family that is Alfa Romeo F1 Team ORLEN: a family of friends with the mechanics, engineers, staff and also teammates, as that is a very important part in motorsports that can help you moving forward, especially when you spend so much time around the world and in the factory together. I don't want to be in Formula One, just for the sake of being here. I want to be here to prove myself, to make my country and all the people that support me proud. I want to do well in Formula One but also work with my teammate, Valtteri (Bottas), to help move the team forward. I want to make the team proud – they put their faith in me, and I am working super hard, spending time with the engineers, to repay their trust. The new regulations need some adapting, but I can take my experience from F2, especially with the 18-inch tires, and bring as much information to the team as possible.

Q: What are you looking forward to learning from Valtteri?

A: I couldn't ask for better teammate than Valtteri. He is a very open guy who likes to have a frank discussion with the team, which is crucial to help move forward. He is a very fast driver who has been working alongside Lewis Hamilton for so many years, winning constructors’ titles and winning races. He has a lot of pole positions and, no matter what, if you are the quickest in qualifying, you are a great driver. I think it’ll be a tough year for me at first as I try to beat him, but hopefully, we can push each other forward all the time. 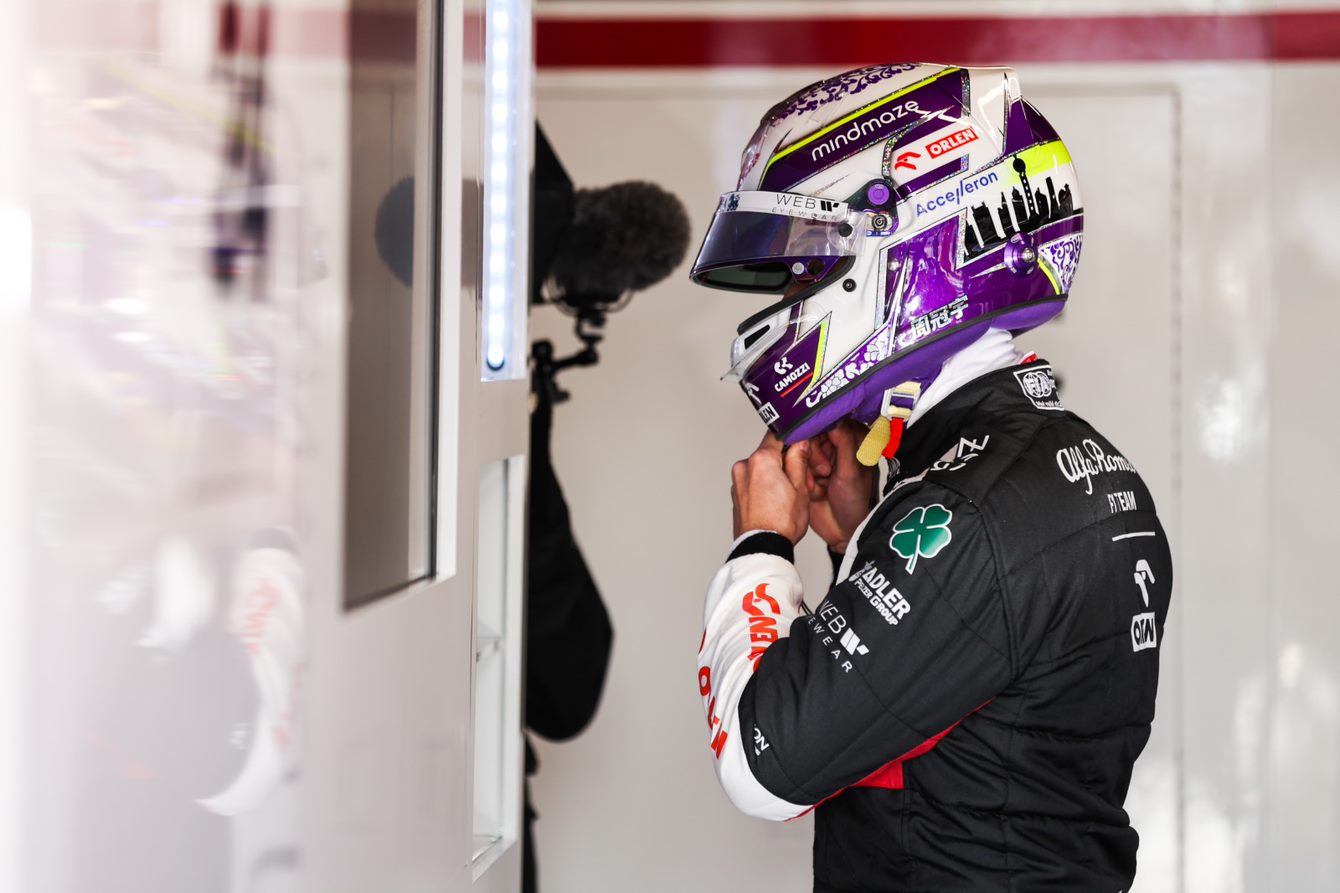 Q: How do you think the changes to the regulations will affect the way you drive?
A: There is still a lot of stuff we're finding out during testing and that we will need to learn during the first race weekend – about how the car behaves, for example. Testing, in the end, will be just testing and it won't be until the first race weekend that we will find out the way cars are when battling. Then we will also see the real performance of the car. I am sure there will be things we will need to adapt, when it comes to driving style, as well as the way to set up the car.

Q: We hear you're a massive Kobe Bryant fan…
A: He is an inspiration to me. As a young kid when I was going to school in China, his mentality was unbelievable. He was always an example and, since I was little, all my trainers were always Kobe's. I have been a fan of him since, growing up watching his basketball skills and reading up about him. For me, as a sportsman, he is an example and I try to be as good as him in my discipline: I want to use his mentality in Formula One, putting in a lot of work: because no matter how great you become, work doesn't stop, and you need to continue improving your abilities. There will always be people who try to beat you and it's important you keep developing yourself.