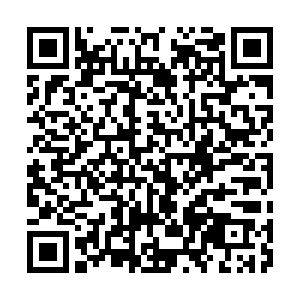 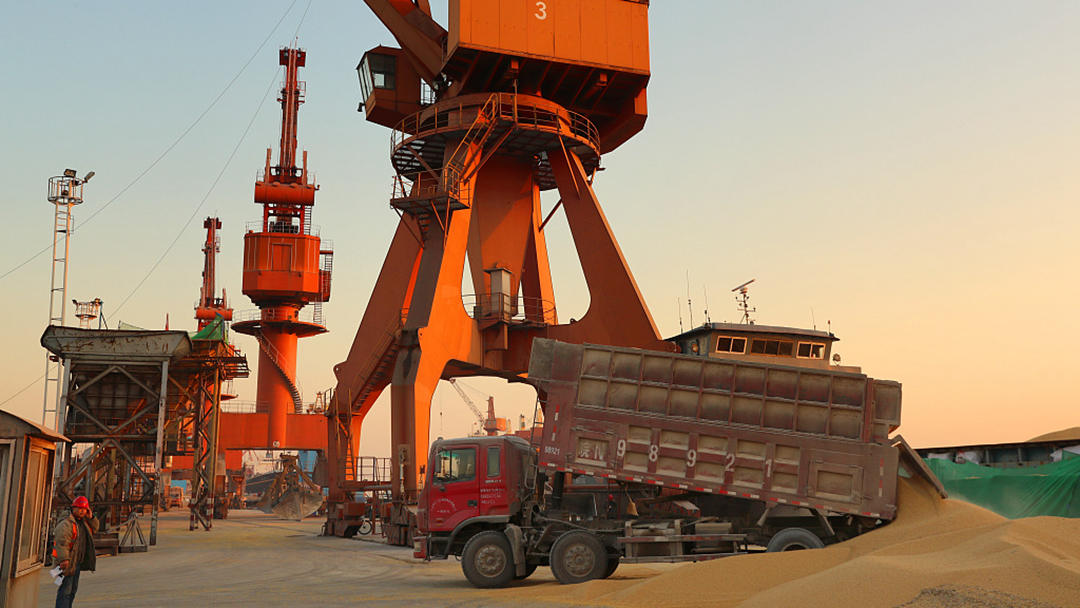 Editor's Note: Professor Li Chunding is director of the economics and trade department in the college of economics and management at China Agricultural University. The article reflects the author's opinion, and not necessarily the views of CGTN.

The conflict between Russia and Ukraine continues to ferment. Ukraine is located in the geographic fortress of the Black Sea, which is a major exporter of grain and an energy channel for Europe. Regardless of the conflict's outcome, it will have an important impact on the global economic structure, especially the global food market. Food prices will be driven by the supply premium and the risk of global inflation will be further escalated, while the demand for energy, technology and food security from major powers will increase, and the global industrial chain and supply chain will face further restructuring.

Russia and Ukraine are both major exporters of wheat. Among them, Russia's wheat production and export share account for about 10 percent and 16.9 percent of the world's, respectively, and Ukraine's export share of wheat and corn account for 11.6 percent and 16.4 percent of the world's, separately. The tensions between Russia and Ukraine will directly affect the export pattern of the international wheat and corn market.

First, tensions could reduce food exports from both countries, thereby reducing the entire world's food supply. About 35 percent of Ukraine's wheat is grown in the east, which is the area most likely to be attacked. There is uncertainty about whether Ukraine can carry out normal spring fertilization and winter wheat harvesting. If the conflict continues, Ukraine's wheat and corn production will decrease, total global cereal production will fall further and aggregate supplies will tighten.

Secondly, the escalation of the conflict between Russia and Ukraine may lead to the obstruction of normal transportation at the port, which will have an impact on the international food supply chain. Corn is mainly exported between October and the following May, while August to November is the season for wheat exports. As the crisis hampers normal functioning of the ports, the grain exports of the two countries will be affected.

On the one hand, Black Sea port logistics will be paralyzed and Russian and Ukrainian grain exports will face the risk of cancelled or delayed deliveries. Global importers will be forced to turn to other regions, such as the European Union, U.S., Argentina and Australia. On the other hand, logistical disruptions at Black Sea ports could also affect exports from neighboring Romania and Bulgaria, as well as Kazakhstan. Any disruption to grain exports from the Black Sea region will have an impact on the international food supply chain and further fuel food inflation around the world.

Third, tensions will pose a greater threat to global food security, especially the developing countries in the Middle East and North Africa that are highly dependent on foreign agricultural products.

In terms of the impact on China's food security, China's wheat and corn self-sufficiency rates in 2021 will be 93.51 percent and 91.16 percent, respectively, with a high degree of self-sufficiency security. Even in the case of the escalation of the Russian-Ukrainian conflict, China's food needs can still be guaranteed.

However, China's barley and sunflower oil self-sufficiency rates are only 24.32 percent and 22.36 percent, with a high degree of external dependence. In 2022, China will import 3.214 million tonnes of barley from Ukraine, accounting for 19.49 percent of China's total barley supply. If the supply is cut off, China's imports may need to turn to the other two major suppliers, France and Canada.

China's imports of sunflower oil from Ukraine and Russia accounted for 69.40 percent and 28.31 percent of China's total imports, respectively, reaching 97.71 percent in total, and the sources of imports were relatively concentrated.

From 2021 to 2022, the main supplier of oils and fats will reduce rapeseed production in Canada, soybean production in South America, and Indonesia's palm oil export restrictions, superimposed on factors such as a sudden increase in crude oil prices. The overall fundamentals of oils and fats are strong, and risk premiums have accumulated significantly.

The impact of the Russian-Ukrainian conflict on China's food security mainly has two aspects. First, the import prices of major agricultural products face the risk of rising. Since the tension between Russia and Ukraine, the domestic corn price has continued to rise, and the price has risen by 100 yuan/tonne ($15.82/tonne) compared with the previous year.

As of February 24, the main corn futures 2205 contract has risen to 2,820 yuan, which is basically the same as that in late February 2021. At present, the Russian-Ukrainian conflict has caused international oil prices to rise. According to the data, the price of sunflower oil for April 2022 shipments in Europe increased to $1,700/tonne on February 23, an increase of more than 10.39 percent.

Furthermore, the difficulty in finding alternative sources of import will increase. The geopolitical upgrade of Russia and Ukraine will lead to changes in the trade pattern. In the future, the global demand for import will shift to North and South America. It may stimulate international grain prices to rise further. In the context of the import trade pattern and the rising prices of major agricultural products, it will be more difficult for China to adjust the use of imported varieties.