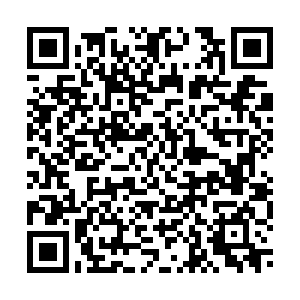 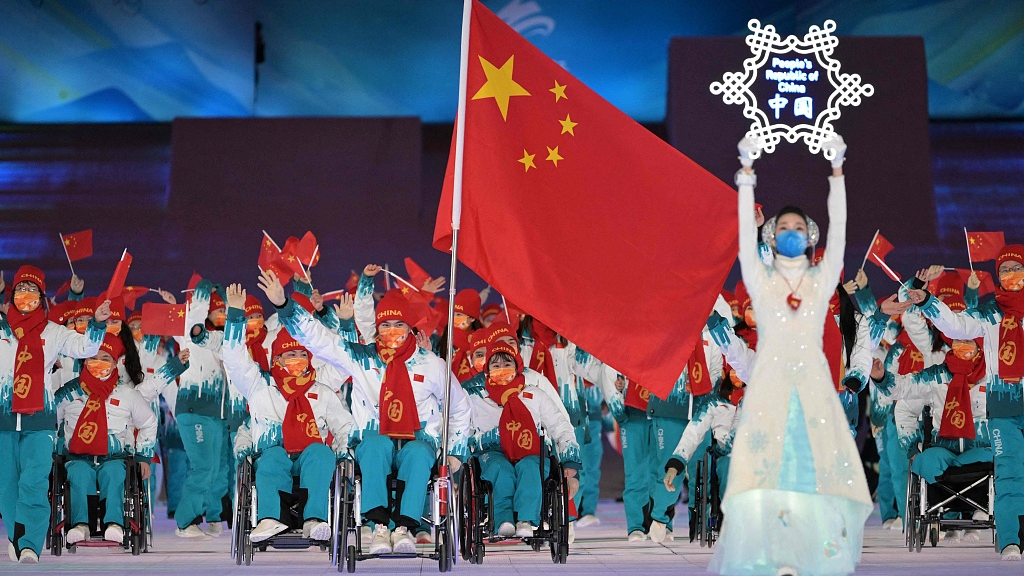 Athletes of Team China take part in the athlete's parade during the opening ceremony of the Beijing 2022 Paralympic Winter Games at the National Stadium in Beijing, China, March 4, 2022. /CFP

Athletes of Team China take part in the athlete's parade during the opening ceremony of the Beijing 2022 Paralympic Winter Games at the National Stadium in Beijing, China, March 4, 2022. /CFP

Editor's note: Keith Lamb is a University of Oxford graduate with a Master of Science in contemporary Chinese studies. His primary research interests are China's international relations and "socialism with Chinese characteristics." The article reflects the author's opinions and not necessarily the views of CGTN.

Holding both the Summer and Winter Olympic Games in Beijing is unprecedented. Also, it is no lesser an achievement that Beijing will hold both the Summer and Winter Paralympics. If the Olympics represent the harmonious bringing together of global diversity, united in the pursuit of excellence by competing for gold, then the Paralympics goes a step further by including excellence from all members of society.

Some see the Paralympics as a charitable sideshow to the Olympics but this is not the case. Even in the Olympics, athletes are separated in different divisions. The 100-metre sprinter Elaine Thompson-Herah of Jamaica's gold, in Tokyo 2020, is no lesser an achievement than gold in the men's division.

Likewise, athletes in combat sports are divided by weight. Welterweight boxer Floyd Mayweather would easily be floored by a "run-of-the mill" heavyweight but he is nevertheless classed, in terms of skill, as one of the best of all time.

Paralympians arguably perform greater feats than Olympians. For example, Giacomo Bertagnolli of Italy will be competing in the slalom with impaired vision being directed by a skiing guide. Blindfold his Olympic equivalent and I guarantee Giacomo will win every time.

As many disabled people rely on equipment to navigate freely, the Winter Paralympics provide a "leveler" as winter sports require specialized equipment for all to move on ice and snow. Of course, equipment will be different. Para ice sledge hockey uses a sledge while Olympian ice hockey uses skates. However, the point is that Paralympians represent the elite in this sport. Put an ice hockey Olympian in the sledge and they will not be able to compete.

As such, in terms of corporal excellence, the Winter Paralympics can inspire both the Paralympians and viewers alike to strive for personal perfection in the face of adversity. This recognition, of herculean distinction, in turn leads to the inclusion and respect for those with disability who are seen as worthy members of society rather than a charity case.

This outlook is important because, with age or injury, none are immune to experiencing some form of disability. However, this does not mean they are not able and valued members of society. This attitude is shared by Winter Paralympian Sheina Vaspi who seeks to motivate others to "dare to do." After losing her leg in a car accident, through determination and hard training, she will become Israel's first Paralympian.

For Beijing hosting the Paralympics are not just about changing perceptions towards disability. It is also about making real material changes that are the basis of human dignity. Preceding the 2008 Paralympic Games, I witnessed wheelchair access being put in place throughout Beijing's subway stations. 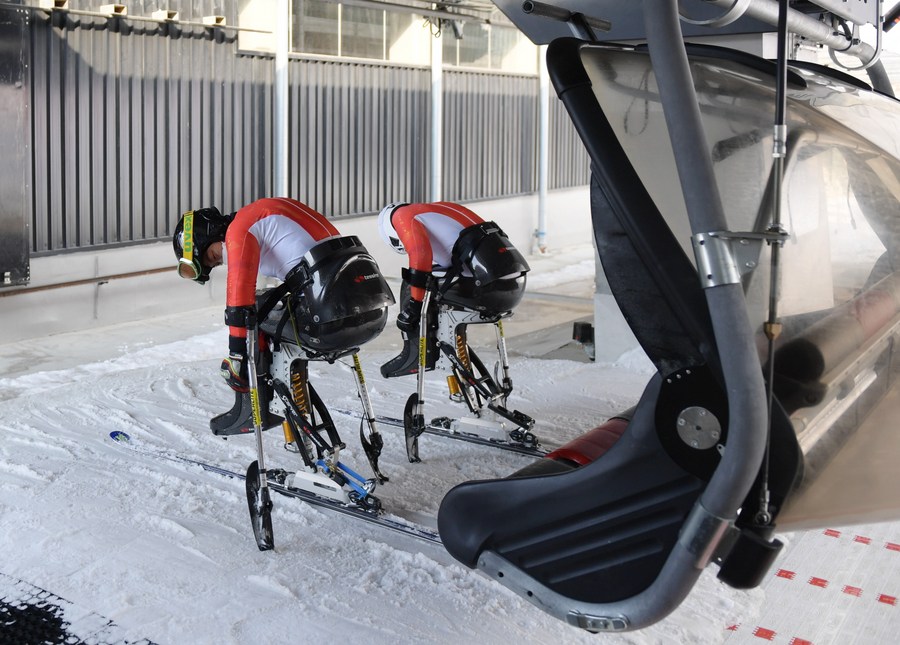 This infrastructure boon is no less manifest for 2022. Venues such as the National Aquatics Centre, which will host wheelchair curling, has installed a 130 metre ramp; the Zhangjiakou Olympic Village is fully kitted out for wheelchair access; the National Alpine Skiing Centre has specially designed cable cars for those with lower limb deficiencies, and most importantly, for society as a whole, 25 hospitals, 77 hotels, as well as 10,000 sites within 1 kilometer radius of all venues have been upgraded to improve accessibility. Looking at China's development model, these "best practices" tend to spread to the rest of the country.

For China, in particular, the Paralympics have worked to redefine the status of those with disabilities away from the "charity perception." This should be unsurprising considering China has won every Summer Paralympic Games since 2004. Their success comes from China's massive funding into disabled sports with Paralympians having their own training centers. Amongst the 100's of specialized sporting centers competition is intense; talent is nurtured, and the best rise to make the national team.

In contrast, China has not been a powerhouse at the Winter Paralympics. Their first gold medal came at PyeongChang 2018 as Wang Haitao skipped China to their first gold in wheelchair curling. However, China is set to improve as funding has been poured into facilities such as the National Disabled Ice Sports Competition Training Centre and the Paralympic Ice Hockey Training Centre.

China is set to compete with its largest team yet consisting of 96 athletes. Chinese athletes such as 17-year-old female snowboarder Geng Yanhong and Yi Fengshen, the top-ranking Chinese scorer in the male para ice hockey team, are set to inspire a new generation of, both abled and disabled, youth.

The increased emphasis China puts on its disabled athletes, which the Beijing Winter Paralympics is just a facet of, is also a reflection of China's human rights progress. With Beijing's 2008 Paralympic Games, China became one of the first signatories in the UN Convention on the Rights of Persons with Disabilities. With the changing perceptions towards disability, in 2017 China's law was modified to make public education inclusive of disabled children rather than separating them.

China's high developmental aspirations means this progress must and will continue. The symbolism of Beijing's 2022 Paralympics; the infrastructural improvements; the funding into disabled sports; the adaption of the law; and the superhuman athletes that inspire, all work for empowering and improving perceptions towards those with disabilities which in turn works to guarantee the human rights of all.