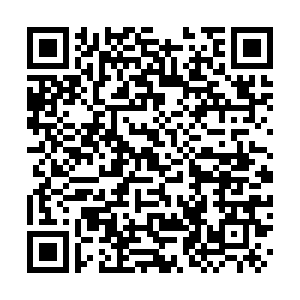 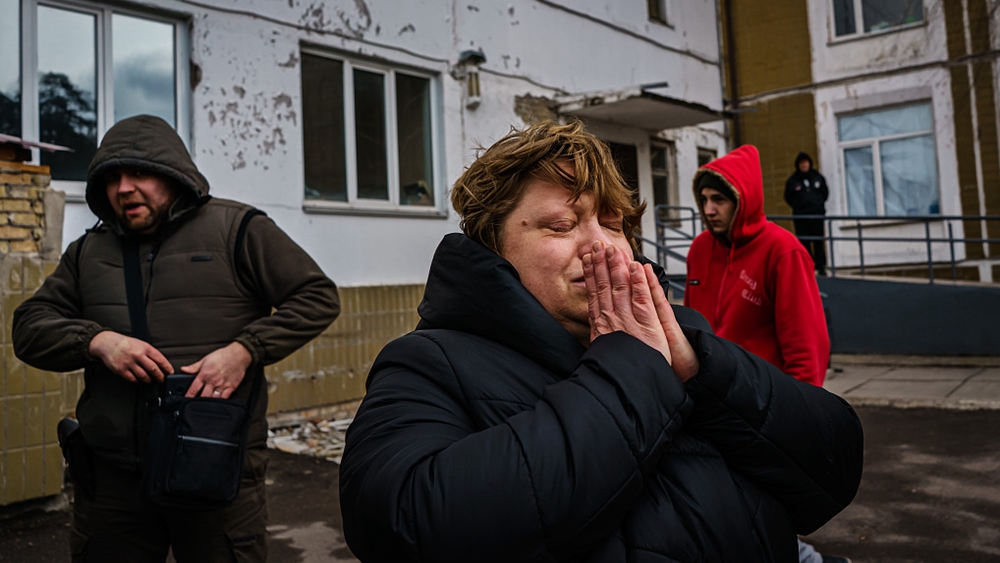 A woman puts her hands in prayer, moments before she and her family crammed into getaway cars to escape Irpin, Ukraine, March 4, 2022. /CFP

A woman puts her hands in prayer, moments before she and her family crammed into getaway cars to escape Irpin, Ukraine, March 4, 2022. /CFP

Civilian evacuations have halted in two cities in Ukraine, causing a temporary setback to a breakthrough humanitarian corridor formed after Russia declared a partial ceasefire on Saturday.

The ceasefire was declared to be held from 10:00 a.m. to 5:00 p.m. Moscow time (0700-1400 GMT) and the evacuation of civilians in Mariupol and Volnovakha would begin at noon (0900 GMT), RIA Novosti news agency reported, citing a message from Mariupol city authorities.

So far, 17 people, including children, were able to use the humanitarian corridor in Mariupol, TASS news agency reported, citing Eduard Basurin, an official from the Donetsk region.

Russia's defense ministry blamed Ukrainian "nationalists" for the temporary shutdown of the humanitarian corridor, while saying that Russia has fulfilled all the conditions of the Ukrainian side to ensure security in the two cities.

The "nationalists" prevented civilians from leaving and 200,000 people from Mariupol and 15,000 from Volnovakha have still not been able to reach the open humanitarian corridors, TASS reported, citing Russia's defense ministry.

However, Ukrainian authorities said Russia was thwarting the plan by not fully observing the ceasefire. "The Russian side is not holding to the ceasefire and has continued firing on Mariupol itself and on its surrounding area," said Kyrylo Tymoshenko, deputy head of Ukrainian President Volodymyr Zelenskyy's office.

"Talks with the Russian Federation are ongoing regarding setting up a ceasefire and ensuring a safe humanitarian corridor."

Things went the same way in Volnovakha. Ukrainian Deputy Prime Minister Iryna Vereshchuk told reporters that "we appeal to the Russian side to stop firing."

During their second round of peace talks on Thursday, Russian and Ukrainian negotiators agreed on the establishment of humanitarian corridors for the exit of civilians and on a temporary cessation of hostilities along the evacuation routes. 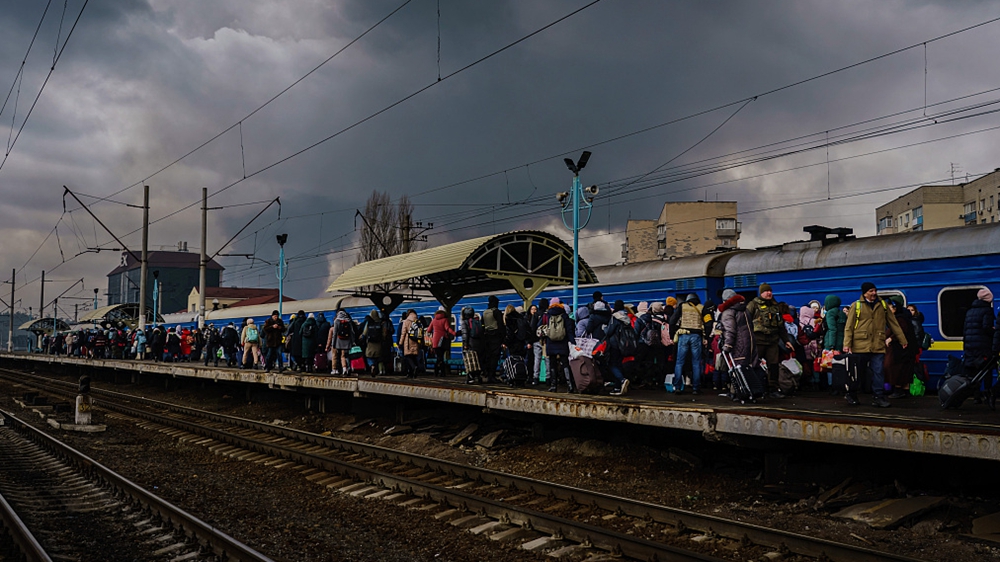 Hundreds of civilians, mostly women and children, wait to board one of the last trains out of Irpin, Ukraine, March 4, 2022. /CFP

Hundreds of civilians, mostly women and children, wait to board one of the last trains out of Irpin, Ukraine, March 4, 2022. /CFP

The number of Ukrainian refugees fleeing Russia-Ukraine conflict could potentially rise to 1.5 million by the end of the weekend from a current 1.3 million, said Filippo Grandi, head of the UN refugee agency.

"This is the fastest moving refugee crisis we have seen in Europe since the end of World War Two," Grandi said.

The World Food Programme (WFP) has warned the conflict will create a food crisis in Ukraine and worsen global food insecurity, with Moscow and Kyiv providing around 29 percent of the global wheat trade.

"The bullets and bombs in Ukraine could take the global hunger crisis to levels beyond anything we've seen before," said WFP Executive Director David Beasley.

"The third leg could take place tomorrow or the day after, we are in constant contact," Ukrainian Presidential Advisor Mykhailo Podolyak said Friday.

At least 331 civilians have been killed since the fighting began on February 24, but the true number is probably much higher, the UN human rights office said.