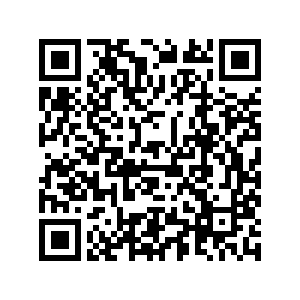 Chinese Premier Li Keqiang presented a government work report at the fifth session of the 13th National People's Congress in Beijing on Saturday, reviewing China's achievements in 2021 and setting targets for 2022.

The country's GDP reached 114 trillion yuan ($17.7 trillion) in 2021, ranking second in the world and accounting for more than 18 percent of the global economy, with a growth rate of 8.1 percent. 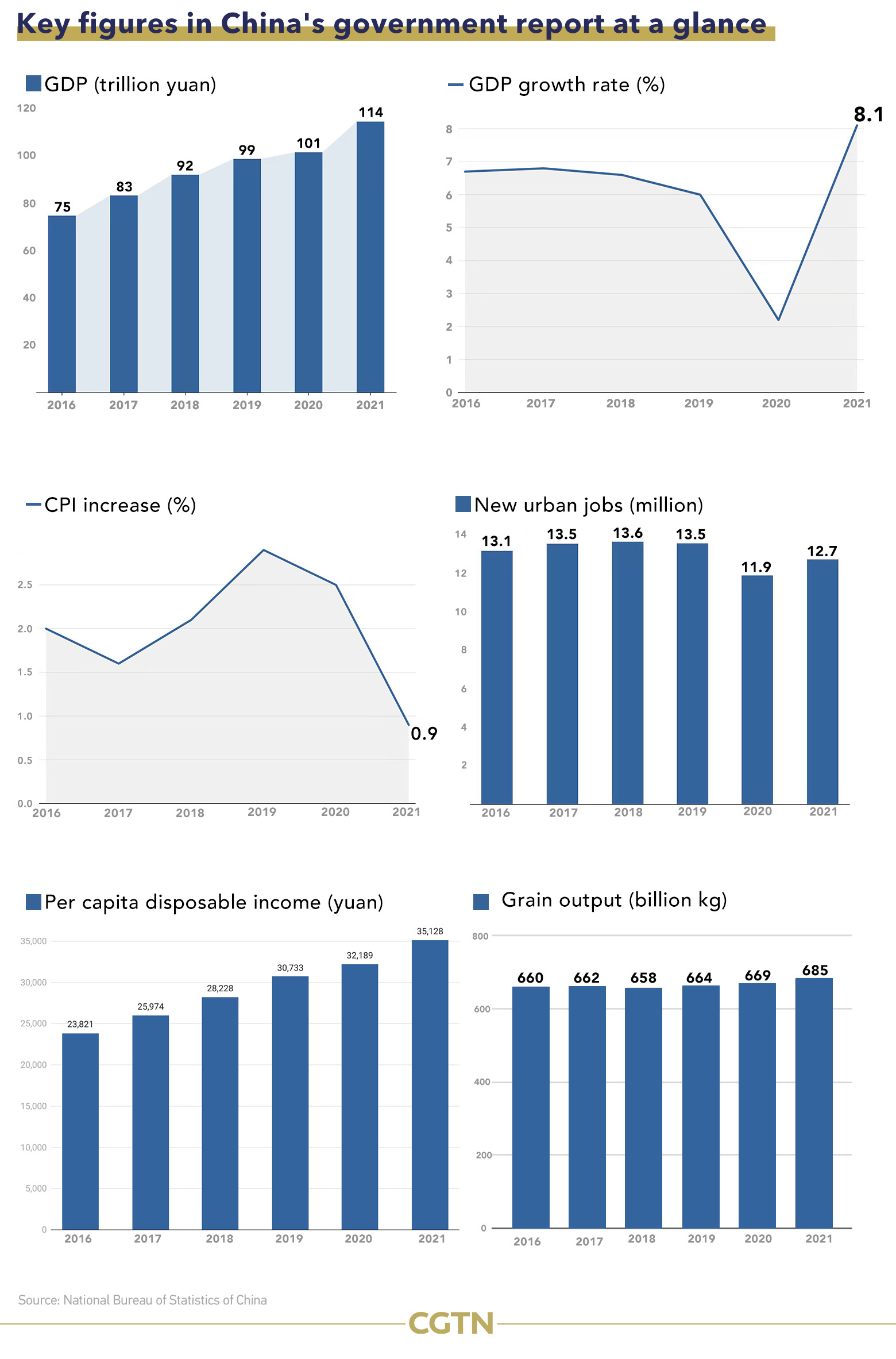 The report said China accomplished the main targets and tasks for last year and got the 14th Five-Year Plan (2021-2025) off to a good start.

In 2022, China has set its GDP growth target at around 5.5 percent. The other main projected targets include creating over 11 million new urban jobs, keeping a surveyed urban unemployment rate at no more than 5.5 percent, keeping the CPI increase – the main gauge for inflation – at around 3 percent and grain output of over 650 million tonnes. 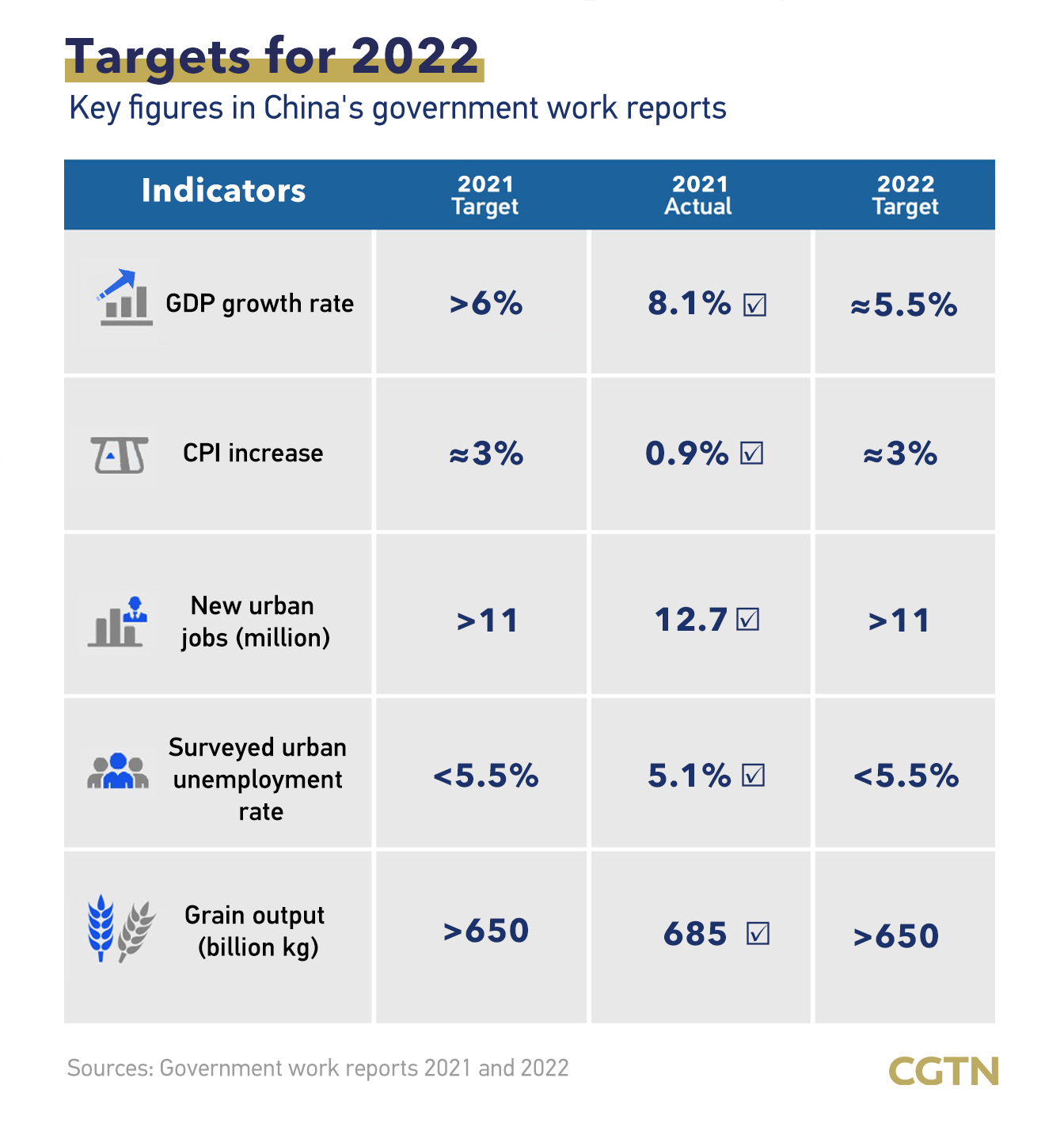 As the Chinese economy faces the triple pressure of shrinking demand, disrupted supply and weakening expectations this year, the premier stressed that the country must pursue progress while making economic stability the priority.

Based on the text from the speech, the following word map highlights the words and phrases that appeared most frequently in the report. The frequency of word choices makes it clear that development is of paramount importance in this year's government work report, along with stabilizing the economy and employment. 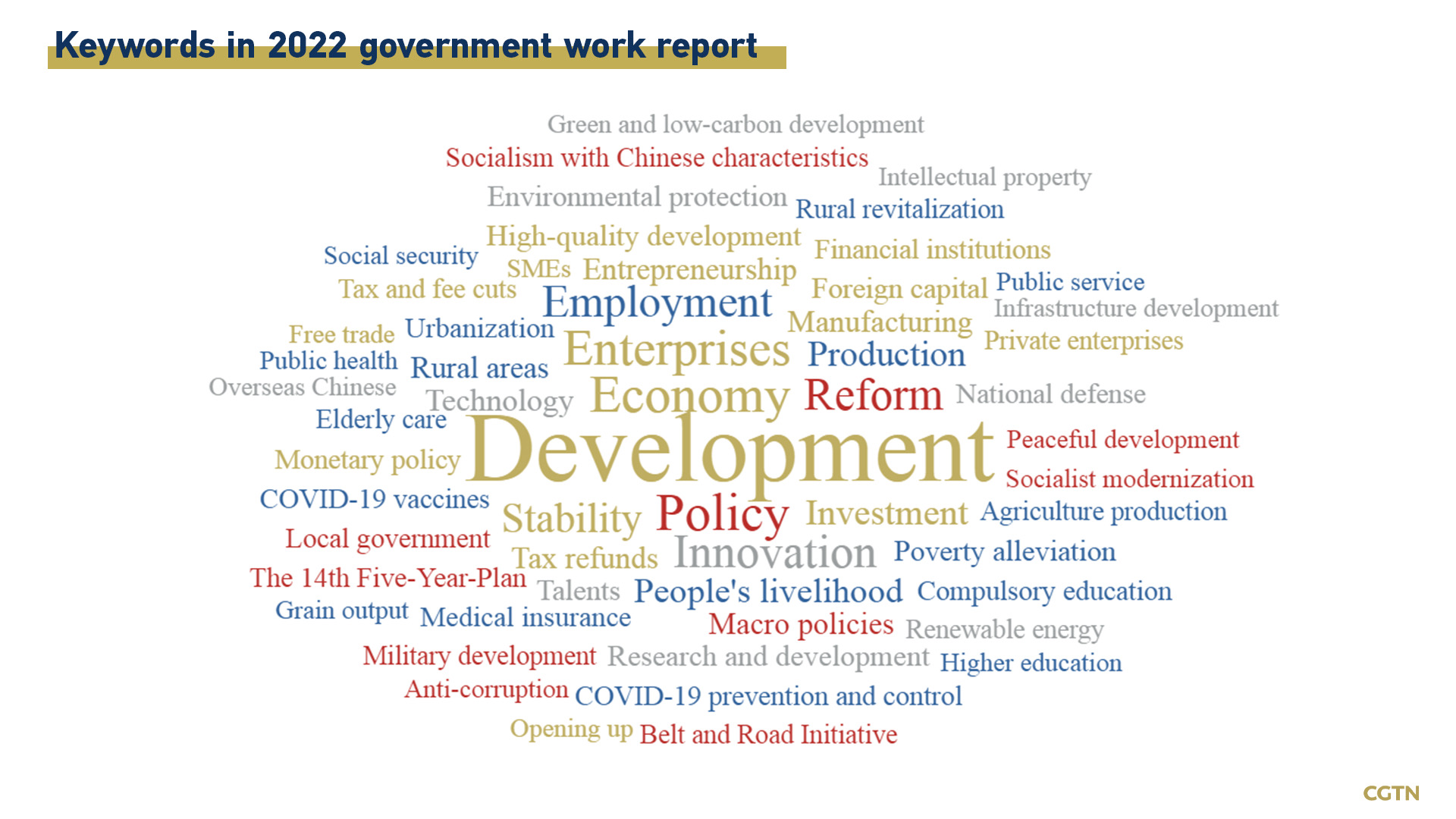 Li said the major tasks for this year are to "achieve stable macroeconomic performance and keep major economic indicators within the appropriate range, and keep the operations of market entities stable and maintain job security by strengthening macro policies."

Additionally, the report highlighted stabilizing foreign trade and making greater use of foreign investment in the year ahead by ensuring observance of the negative list for foreign investment and national treatment for all foreign-invested enterprises in the country.

For domestic development, innovation will continue to be a key priority for China, with further efforts to boost the role of enterprises through tax deductions and bringing them together with research institutes, universities and end-users.

Li promised the country will continue to grant an extra tax deduction of 75 percent on enterprises' research and development costs and will raise it to 100 percent for manufacturing enterprises.