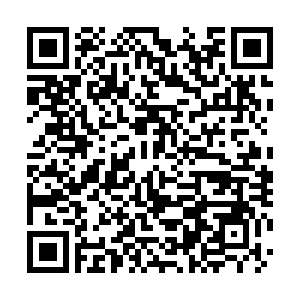 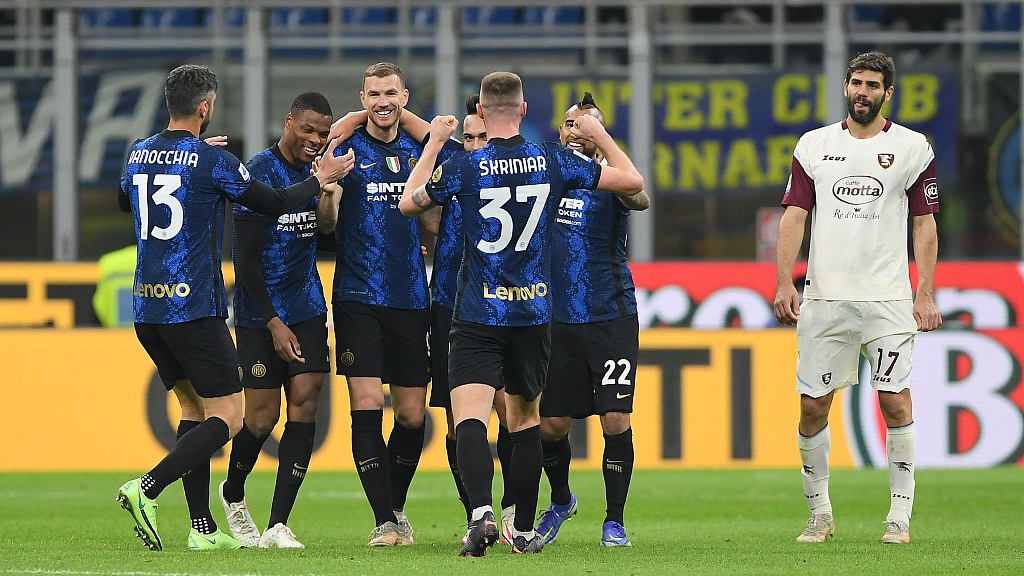 Inter Milan players celebrate during their Serie A clash with Salernitana at Stadio Giuseppe Meazza in Milan, Italy, March 4, 2022. /CFP

Inter Milan players celebrate during their Serie A clash with Salernitana at Stadio Giuseppe Meazza in Milan, Italy, March 4, 2022. /CFP

Lautaro Martinez scored a hat-trick as Inter Milan went top of Serie A on Friday with a 5-0 win over rock-bottom Salernitana.

The result edges Inter a point clear of Napoli and AC Milan in a tight three-way title race with all three sides having played 27 matches.

Inter were on a five-game winless run so Friday's romp is a boost ahead of their midweek return-leg Champions League last-16 clash with Liverpool, who lead 2-0 from their win in Milan last month.

Argentine striker Martinez punched the ground in frustration after smacking a volley off the crossbar on 20 minutes. But two minutes later he was punching the air in triumph after beating the off-side trap and slotting the opener into the far corner.

He was on target twice more with thumping strikes just before the break and 10 minutes into the second-half. He did, however, leave the pitch on 90 minutes holding his left thigh gingerly.

Edin Dzeko added a brace from two poached chances inside the six-yard box on 64 and 69 minutes to wrap things up.

Napoli and AC Milan face off on Sunday night as another instalment of an enthralling title race unfolds in Naples.

Chasing a first league crown since the days of Diego Maradona, a sold-out stadium which bears their hero's name will host two teams locked on 57 points, with Napoli ahead of Milan on goal difference. 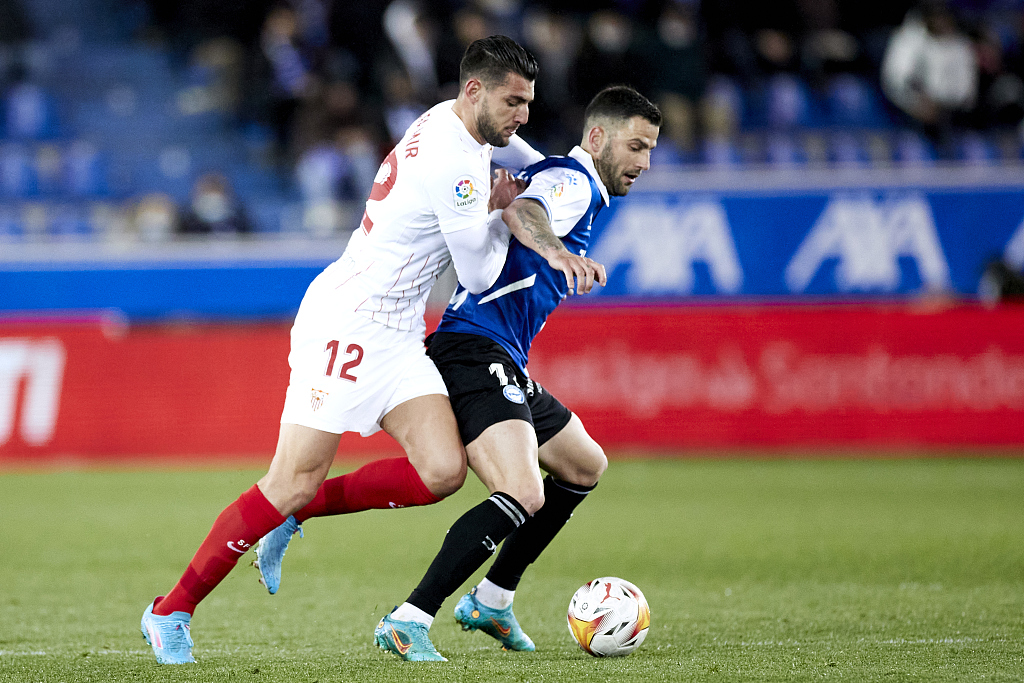 Rafa Mir (L) of Sevilla competes for the ball with Edgar Mendez of Alaves during their clash at Mendizorrotza in Vitoria, Spain, March 4, 2022. /CFP

Rafa Mir (L) of Sevilla competes for the ball with Edgar Mendez of Alaves during their clash at Mendizorrotza in Vitoria, Spain, March 4, 2022. /CFP

In Spain, Sevilla gave Real Madrid the chance to move eight points clear at the top of La Liga after they were held to a goalless draw by relegation-battling Alaves.

Madrid can extend their advantage when they host Real Sociedad on Saturday at the Santiago Bernabeu after being gifted another opportunity to strengthen their already-commanding position in the Spanish title race.

Sevilla were boosted by a 2-1 victory over third-placed Real Betis last weekend but failed to follow up that victory against a determined Alaves side, who edge up to 18th in the table.

Five draws in seven La Liga games for Sevilla have even given their rivals hope of finishing second, with fourth-placed Barcelona 10 points behind but with two games in hand. Betis, in third, are nine points back, having played one game fewer.

"We weren't at our level today," said Sevilla defender Nemanja Gudelj. "We have to keep fighting. We had chances in the second half but it wouldn't go in."

Alaves had chances of their own to seal victory, with Sevilla goalkeeper Bono called upon to deny Luis Rioja's powerful shot in the first half.

But Sevilla had the best opening and it came late, Jules Kounde squaring to Munir El Haddadi six yards out only for the forward to fluff the finish, allowing Alaves to claim a deserved point.