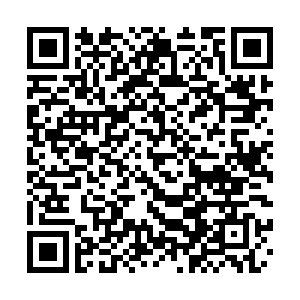 Russian President Vladimir Putin said the decision to launch a military operation in Ukraine was "difficult" as he addressed a televised meeting with employees of Russia's flagship carrier Aeroflot on Saturday.

Putin announced a special operation in Ukraine on February 24 citing the continuous shelling of Donbas by Kyiv's forces and the need to demilitarize and de-Nazify Ukraine.

"The work to destroy the military infrastructure in Ukraine is almost completed," he told the meeting on Saturday.

Putin said Russia was trying to resolve the conflict in Ukraine in a peaceful way and that it was necessary to let people in Donbas to speak Russian and live in their own way, but Ukraine organized a blockade.

He also accused Kyiv of not letting civilians evacuate after Russia and Ukraine agreed to open humanitarian corridors.

Putin said sanctions on his country were akin to a declaration of war and warned that approving a no-fly zone over Ukraine would be seen as declaring war against Russia.

Top U.S. and NATO officials on Friday pushed back against calls for a no-fly zone to be set up in Ukraine, warning that it could lead to a "full-fledged war in Europe."

But Ukrainian President Volodymyr Zelenskyy condemned NATO's position and called a gathering of its members on Friday a "weak summit, a confused summit."

During the televised meeting, Putin stressed there were no conscripts involved in the military operation, which he said was being carried out only by professional soldiers. "There is not one conscript and we don't plan for there to be."

Putin also dismissed concerns that some sort of martial law or emergency situation could be declared in Russia.

He said such a measure was imposed only when there was significant internal or external threat. "We don't plan to introduce any kind of special regime on Russian territory – there is currently no need," Putin said.